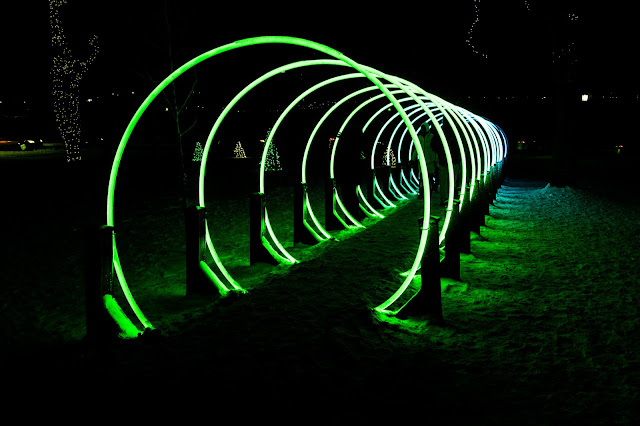 Posted by Dave DeBaeremaeker at 9:39 AM No comments: 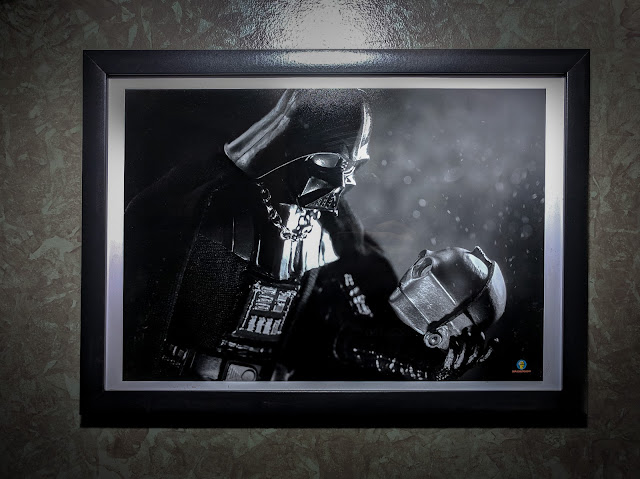 It now sits proudly in my studio.    If you want your own +Ang Cheng Ann print, check out his store: zekezachzoom.com/store/
Posted by Dave DeBaeremaeker at 8:13 PM No comments: 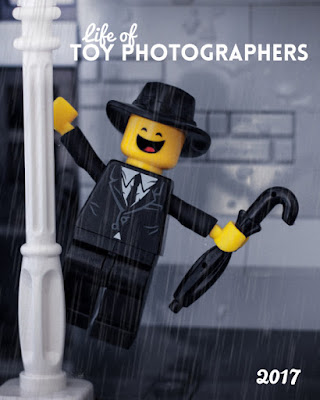 Have you enjoyed my LEGO photography and want to see some more? Good news!

The good folks at toyphotographers.com has published a book of images posted to the blog during 2017. One of my images is in there, as well as contributions from many others, making up 72 pages of toy photography goodness.

Available for a limited time (March 31st), so act now. Proceeds are going to support the blog.

More information and ordering information available at toyphtographers.com
Posted by Dave DeBaeremaeker at 4:55 PM No comments:

A Sense of Play

I was recently listening to a recent episode of the new-ish Toy Photography Podcast episodes that centered on the idea of play.

That episode got me thinking about the sense of play, and how it is important as an adult - especially an artistic adult.  I am wondering if it is easier these days to maintain that sense of play. Here is my reasoning.

For most of human history ones peers were simply the kids that lived in your town.  You really only had those kids to look to for social acceptance, and so you were pressured by the desire to please that specific group to gain acceptance. Kids playing is considered normal, and almost inevitable.  So as a youngling a sense of play is easy to come by.  Play is just something you do with your mates. However those mates are just the people who happened to be born at roughly the same time you were - - you didn't really get to choose who they were.

As kids grow up their focus shifts from wanting to be accepted by their mates to wanting to be accepted by others - in my case, those pesky yet interesting creatures known as girls.  Since most people lose the sense of play as they make that shift into dating, and eventually marriage, for those of us that had a strong sense of play, and really didn't want to lose it, it was easier sometimes to drop it instead of becoming that one weird person.  The pressures of social norms and being accepted are powerful forces in a teenage psyche.

In my own case, when I was a kid I played with the kids in my neighbourhood like most kids who grew up in suburban Canada in the 1970s.  As I grew older, especially when I started that crucible of social anxiety known as high school I  felt a strong pressure to not play any longer. None of my friends did. Mind you I still did, behind close doors.  I spent many evenings and weekends building complex models out of Lego - right up until college - it was just my dirty little secret. Don't tell!

In my 20s and early 30s I didn't play much at all, tho I wanted to.  I collected some minifigs (Lord Of The Rings and Star Wars mostly), but never did anything with them aside from display them (insert quirky story about filling the curio cabinet we received as a wedding present with my action figures instead of the glassware we also got as wedding presents here).

Only in my late 30s and now early 40s I stopped caring about the social norms.  I had few people I needed to impress, and the ones I did (my wife and kids) encouraged (Or at least didn't judge me) when I picked up some LEGO and started playing again thru the lens of photography.  I had a reason to start playing again  even tho it still felt like something I really should share outside of my most inner of social circles.

When I started sharing my LEGO work online I came across communities of like minded folk, many adults, who also shared the sense of play, and created the same sort of art I did.  Now I don't feel the need to hide my LEGO habits from anyone, because I've found my social network that will accept me despite, neigh because of, my predilections to play with LEGO as a 43 year old.  My sense of play, as a result, was released and unfettered.

Now when I think of my kids growing up, as their social peers begin to lose their collective sense of play as part of becoming teenagers, they will at the same time be old enough to start finding new peer groups online.  Hopefully those kids (my own included) will be able to find their own social groups online that help them keep and foster the sense of play - the ones I found in my 40s - while still in their teens.  As a result they may never lose it, and be forced to re-discover it, like I did.

If I am right, the future is going to likely be a more playful, and therefore creative place than what I have had.  If I am right,  that is going to be a future to look forward too.
Posted by Dave DeBaeremaeker at 7:29 AM No comments:

Email ThisBlogThis!Share to TwitterShare to FacebookShare to Pinterest
Labels: Musings 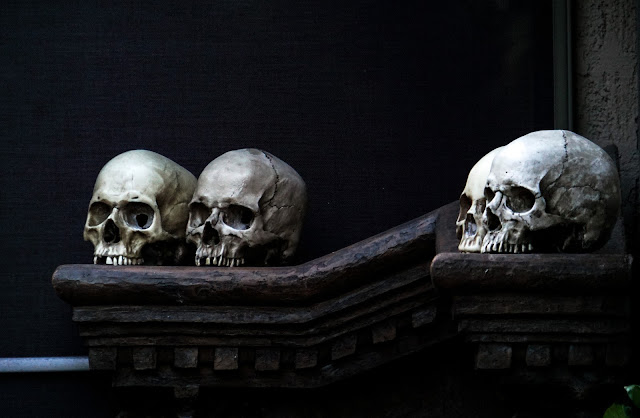 Posted by Dave DeBaeremaeker at 7:20 AM No comments:

Stocking Up Behind The Scenes

At this stage in my career as a toy photographer I have a sizeable collection of LEGO models and minifigs.  However I don't have a lot of plates and stuff to make backgrounds, and to act as supports - basically the behind-the-scenes stuff.  So lately I've been working on beefing up that part of my collection.

This is my latest addition to that: 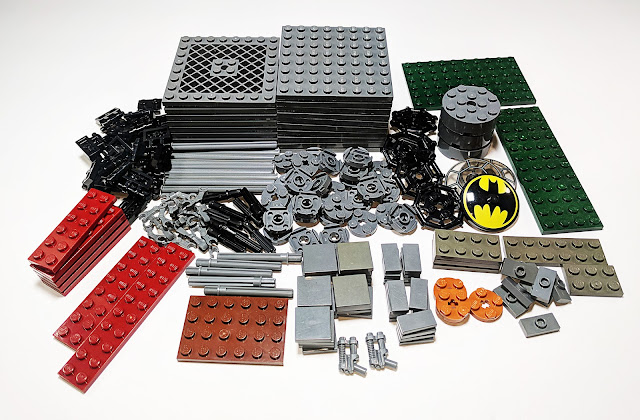 Even tho I bought these on the premium used market (bricklink.com), it only cost me a tenner. Not bad for 10 bucks, eh?

Look for these bricks in the backgrounds of my future work!  First person to spot them gets official kudos on the blog.... so stay tuned!
Posted by Dave DeBaeremaeker at 8:00 PM No comments: 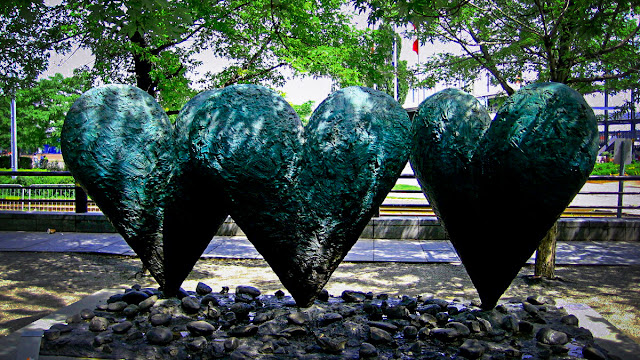 Posted by Dave DeBaeremaeker at 7:04 AM No comments:

This is a fascinating video by engineerguy about plastic injection and how it works.  As you watch it, you realize LEGO bricks violate some of the techniques limitations.  At the end he reveals the clever way LEGO bricks get around this limitation.


Fascinating.
Posted by Dave DeBaeremaeker at 6:27 PM No comments: 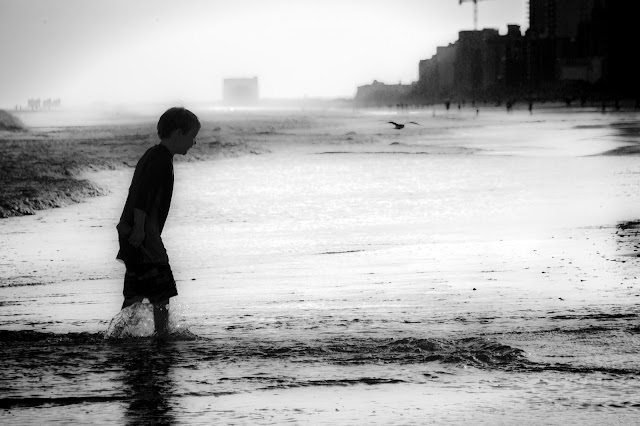 Posted by Dave DeBaeremaeker at 7:11 AM No comments:

I am in Photoshop User Magazine

I am honored to have my work included in the Artist Spotlight section of the February 2018 issue of Photoshop User Magazine. 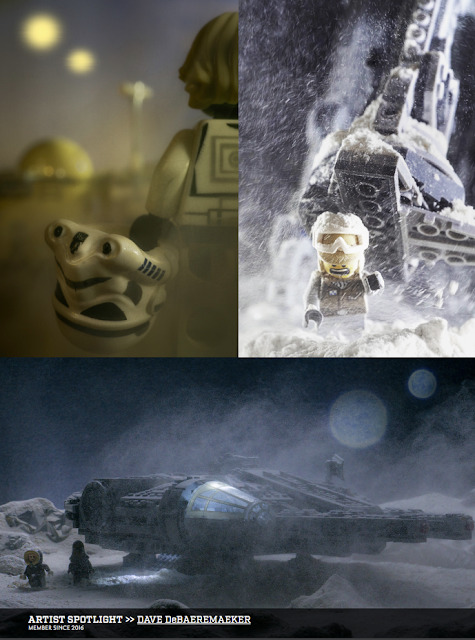 The magazine is exclusive to KelbyOne members, so if you are one, check it out! (if not, they have trial memberships where you can check it out too).

Look for this issue: 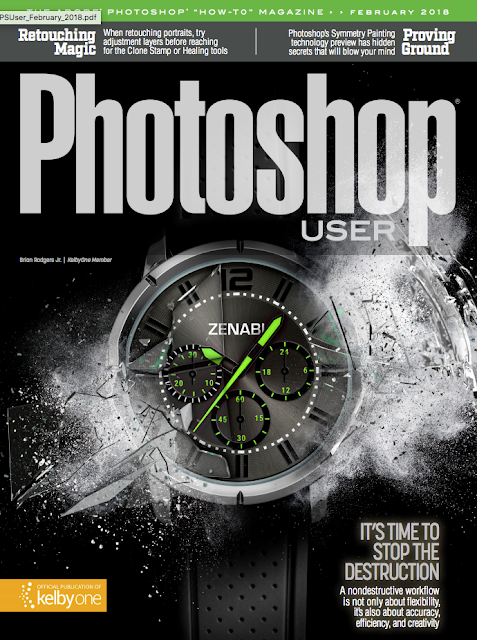 Posted by Dave DeBaeremaeker at 7:49 PM No comments: