Geocaching Yanksgiving: Where The Rivers Meet The Sea 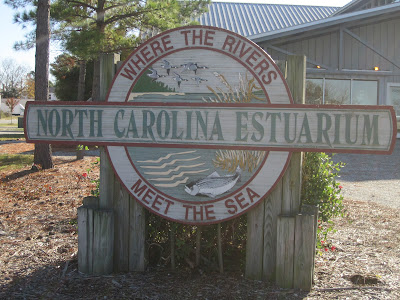 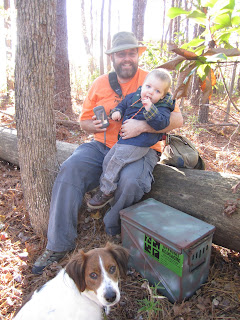 We are on a road trip to explore eastern North Carolina in celebration of Yanksgiving, a fresh Canadian take on the American Thanksgiving holiday.  We are also grabbing pages for the North Carolina Delorme Challenge.

We spend the day winding out way north eastward, exploring the inlets and roadways of the eastern North Carolina inner coastal waterways. Literally where the rivers meet the sea.

Our first cache of the day was just outside of the town of Havelock, just off a little road, and 150ft into light woods. A perfect cache for the whole family.  We parked about 400ft away and got Zeke and Bailey the wonder puppy out of the car.  As soon as we started walking Zeke started excitedly saying "cache! cache!" over and over again. 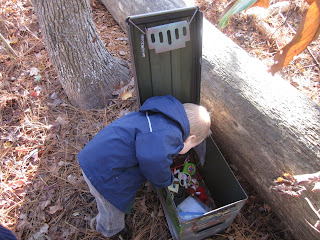 We wandered into the woods hand-in-hand (in the the manner that only a father and toddler are apt to adopt) and worked our way through the brush to GZ, where we were pleasantly surprised to find a rather large ammo can.

Zeke loved exploring the contents of the cache.  Like most kids the swag is his favourite part.

We then headed back to the car, stopping along the way to pick up stones and explore the train tracks... typical toddler stuff.  We eventually made it back to the van and got everyone settled.  It was a perfect little caching moment, and a great start to the day. 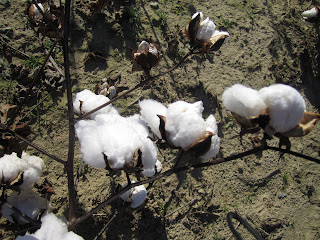 We turned the van northward and headed up to Washington NC, where we explored some cotton fields. Neither my wife nor I have ever actually been up close to a cotton plant so we took the opportunity to check them out first hand.  Turns out a cotton plant feels exactly like... cotton.  How predictable.

From there we headed eastward through the marshlands that make up the western edge of Croatan Sound.  There we hit a wall of mosquitoes as thick as a wave of Tie Fighters in Return Of The Jedi, and about as effective (annoying, draws some blood, but easy to kill).   I have never seen so many mosquitos in one place before, and it turns out they were hungry and ready to feed.  Apparently I taste good. 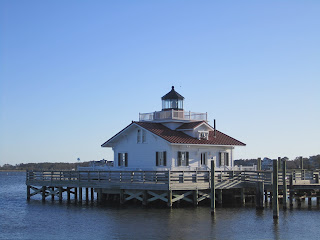 We eventually got to the coast and crossed over  Croatan Sound to Roanoke Island, and grabbed a nice cache by a light house.  Zeke played at a nearby playground while I hunted down the cache at the end of a pier with the light house.  Along the way I noticed a pelican swooping around, and diving into the bay to catch  fish for food.  I've always been fascinated with pelicans, probably because a rhyme my mom used to say:
Wonderful bird is the pelican
Its beak can hold more than its belly can.

I've often tried to get close enough to take a decent photo of them, and failed miserably,  Today I got my best pics yet.  Not outstanding, but not that bad either, if I do say so myself. 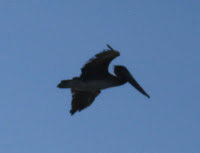 The light house was our last cache of the day, so we crossed the bridges over Roanoke Sound and arrived at our hotel in Kill Devil Hills NC.  After check in we enjoyed a wonderful Thanksgiving buffet in the hotel restaurant, a nice treat after spending so many hours on the road.

Some more facts about the day include: 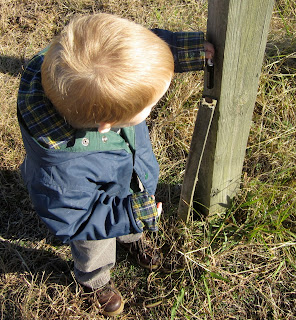 If you look on a map of North Carolina you will see a long thin series of islands that extends almost the entire length of the state of North Carolina, shaped almost like a shield separating the ocean from the mainland.  The long islands iare called the Outer Banks, and it is where we will be exploring for the next couple of days.

i live in this area and had no idea ppl geocached, this is awesome.