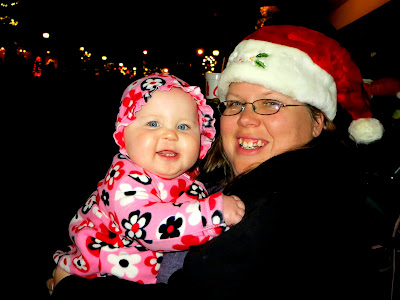 The good news is that the parade is held at night, and the lights on the floats and other things in the parade (lots of police and fire vehicles) are spectacular.

The bad news is that this means photos are hard to take.  I haven't mastered the night shot yet.  Night shots are tricky under the best circumstances but they are extra tricky when the subject is moving, and the photographer is juggling his super-sized 7 month old daughter.

I picked some of the best of the worst shots and posted them below.  This should give everyone a sense of what the parade was like. 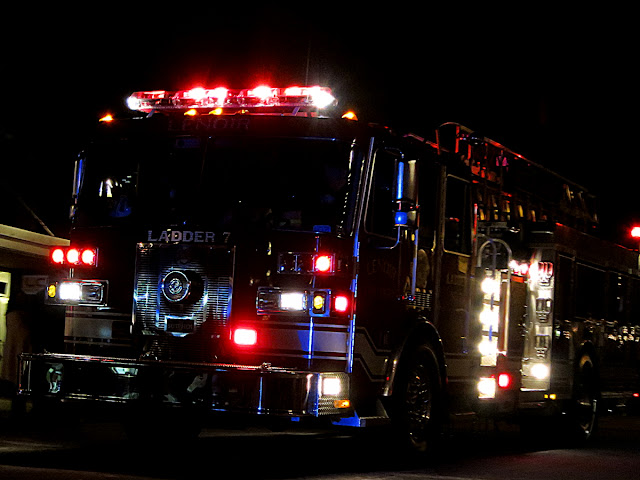 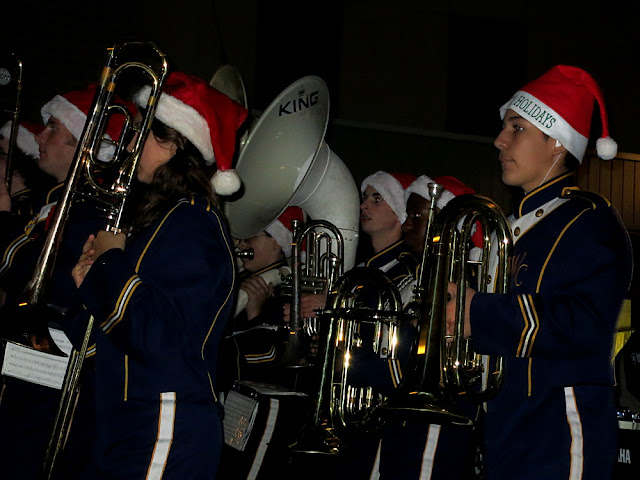 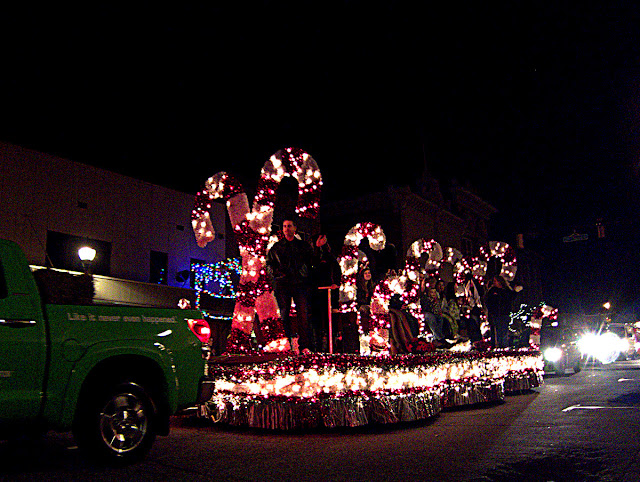 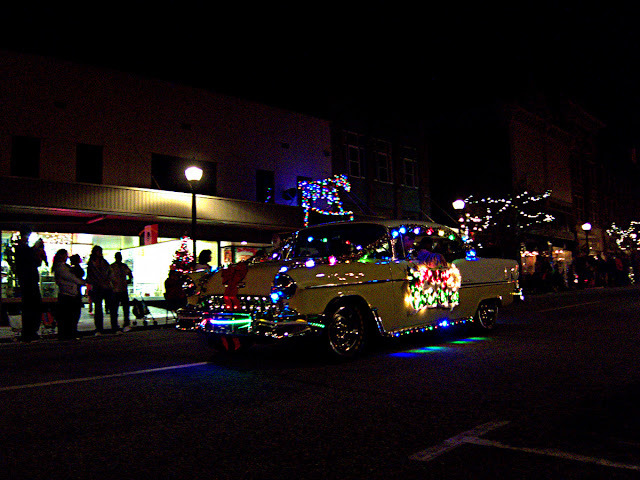 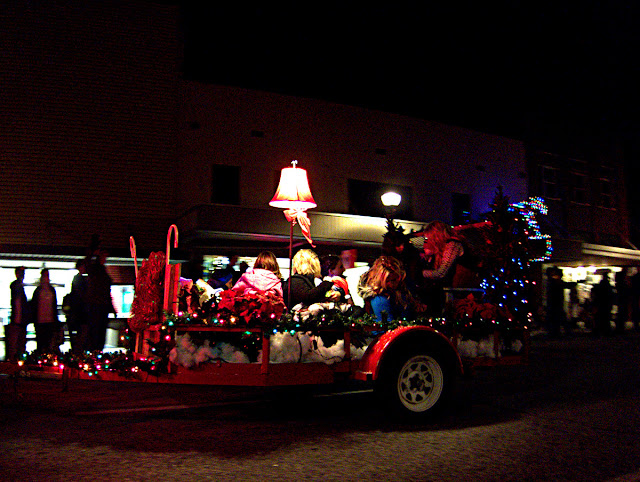 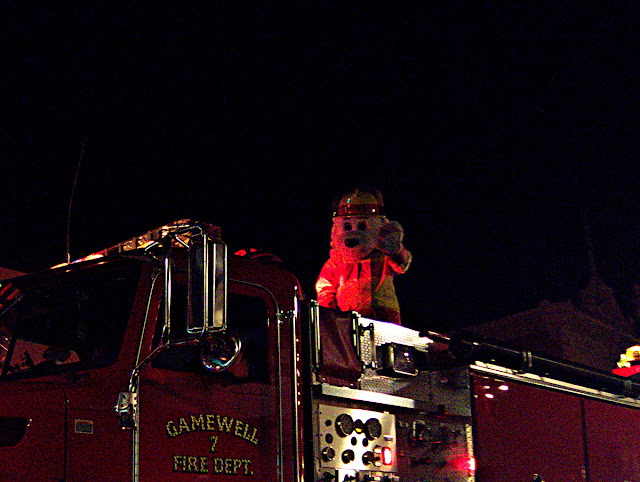 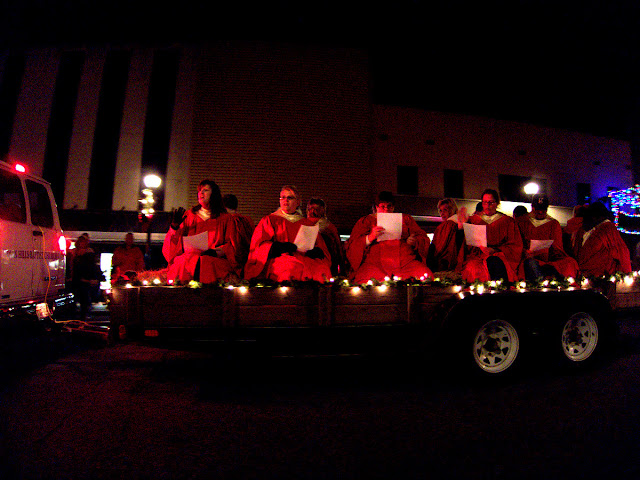 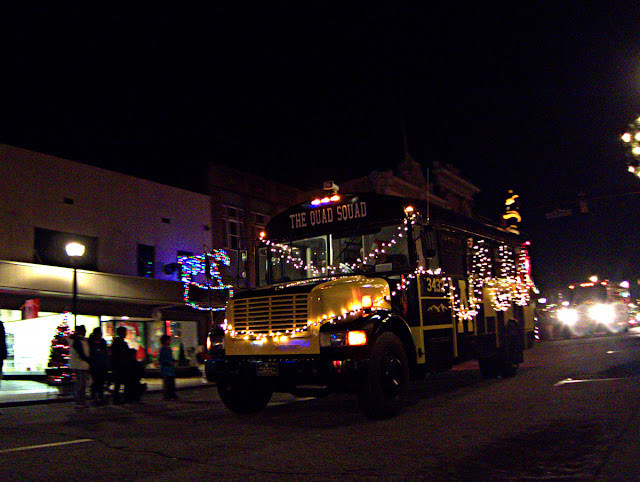 And the star of the show - the jolly fat man himself, with the Mrs. (personally I think the wife made him come... he'd rather be at home watching the Grinch). 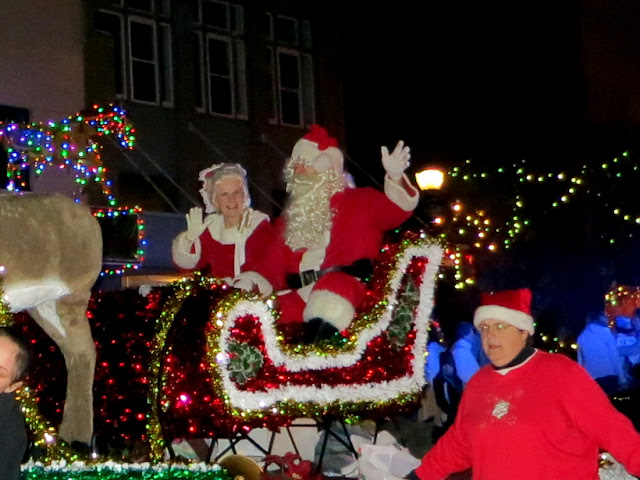