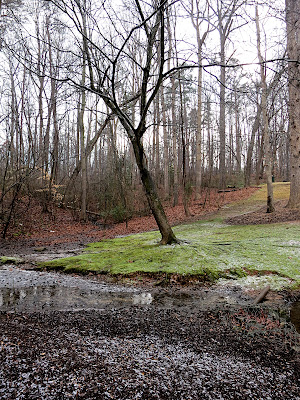 My wife is into quilting in a big way. So when she heard there was a quilting show in Statesville (a town about an hour away from us), she was keen to go.

We waited until after Abigails morning nap, partly to avoid a cranky baby, and partly to let some of the ice melt off of the roads.

You see, the night before we experienced what southerners call a major winter weather event (and what us northerners call mildly annoying weather) in the form of a 1/10th of an inch of ice and sleet. This made the roads virtually unpassable until the temps rose above freezing.

We made it to the quilt show around 1pm.  My wife took Abigail inside to get her quilt on, leaving Zeke and myself with a couple hours to kill.  There is only one thing to do in such a situation - hit the closest park with a geocache.

Which is exactly what we did.

The following is a blow by blow replay of our time at Lakewood park in Statesville NC.

When one is in the company of a toddler and in a park with playground equipment it is vital to do the geocaching first. Once he hits the play sets you'll lose his attention for caching pretty much immediately. So we headed off first to grab the cache. 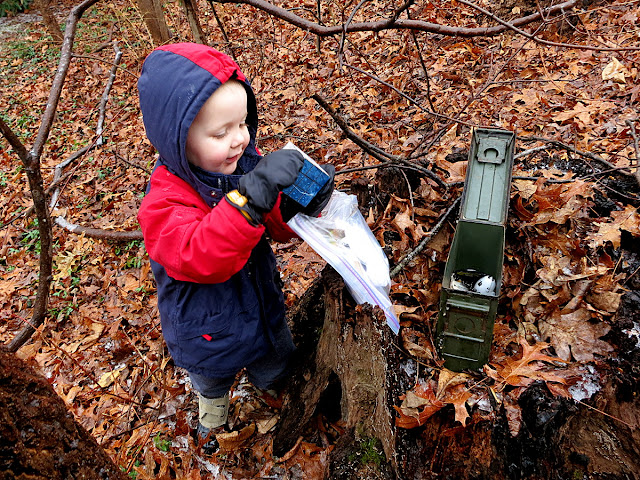 The park was full of the most friendly ducks I have ever seen.  The moment they saw us they walked right up to us.  Apparently they are used to being fed by humans.

We stopped to take some pictures. 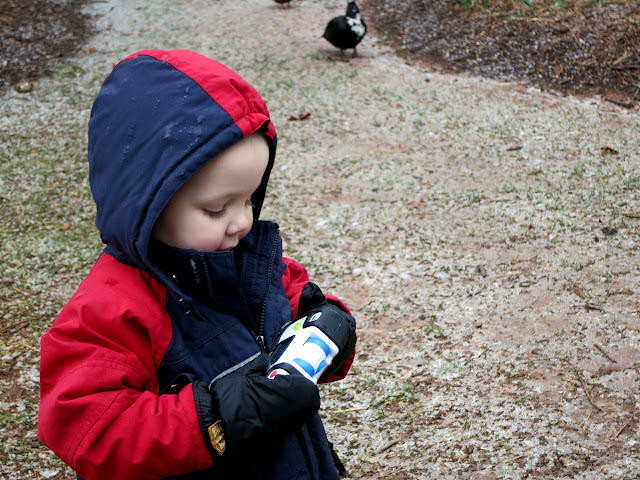 Parts of the pond were iced over.  Zeke wanted to walk on the ice.  Despite being proud of his instincts to explore frozen things, I had to explain that walking on frozen ponds is a bad idea. Despite having Canadian blood in his veins, his exposure to winter conditions is very limited.  He'll get there eventually. 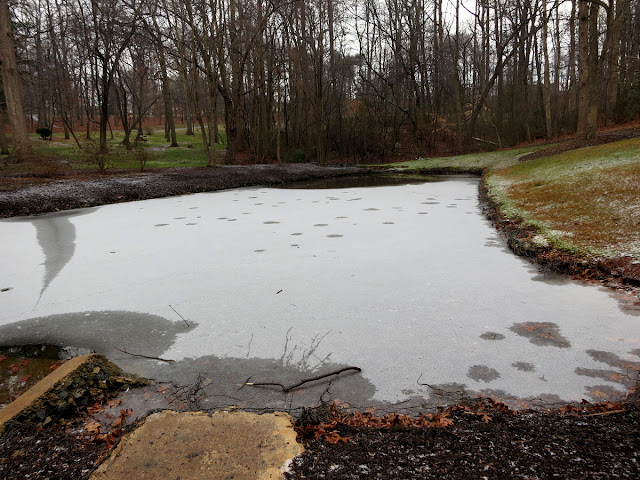 Once we got to the playground Zeke didn't want to climb on the equipment.  Instead he spent most of his time picking up chunks of ice and tossing them into the pond. 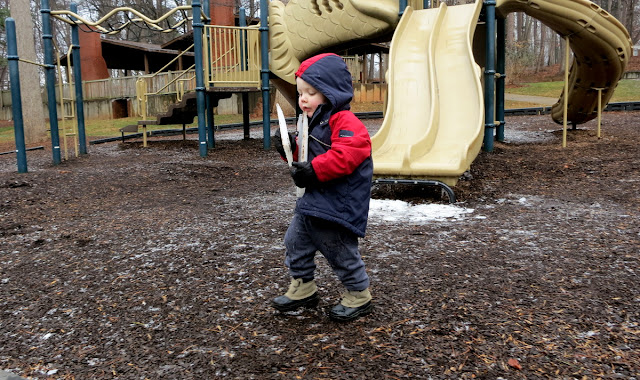 After a while we decided to go for a wander - that lasted about 30ft until Zeke discovered a really nice mud puddle.  He got soaked from head to toe - as it should be. 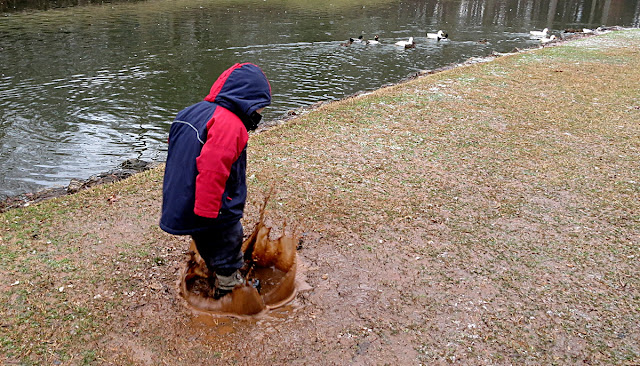 Once most of the mud puddle was transfered to Zeke's clothes, we moved on.  Zeke tried to push down this tree.  He was unsuccessful. 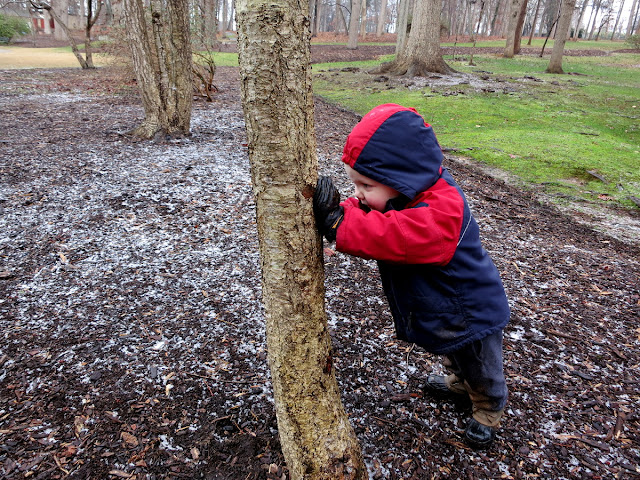 He then tried to move this piece of lumber from the creek that feeds the ponds.  It was a lot of work but he finally managed to move it to higher ground.  I am not sure why he had to move it, but he insisted it be done.  He must have some latent lumberjack genes in his DNA. 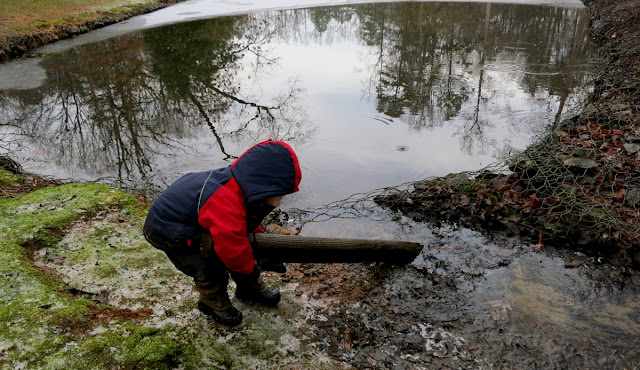 After the massive cleanup effort was complete we headed back to the van to get a change of clothes.  Finally dry we headed off to pick up mommy and Abigail, and then headed home.

All in all, a great way to kill some time.
Posted by Dave DeBaeremaeker at 10:26 PM

What a busy little guy and so cute! I'd love to see some photos of your wife's quilts.

I remember having days like this with my kids when they were little. They are so much fun to watch as they learn to explore the world. Hubby used to be a shift worker so i used to take mine out to the park so he could sleep, but there was no caching back then :(

I had replied privately, however my wife's quilts are often displayed on her blog: debaeremaeker.blogspot.com