The Underworld of Lancaster 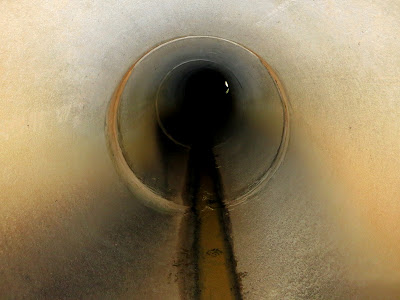 They say geocaching takes you to places you'd never discover on your own... they ain't kidding.

On Saturday I explored two (count em!) tunnels in the never-ending quest to find tupperware in unique and interesting places.  These places were in Lancaster South Carolina.

I had company, for my guide for the day was Freekacher, the vigilante historian, and awesome dude from South Carolina.

They may have paved paradise to put up a parking lot, but they first put in tunnels to keep the creeks flowing underneath them.  This is something I never really realized, and it is likely these structures exist under a lot of parking lots, unseen by the world above. 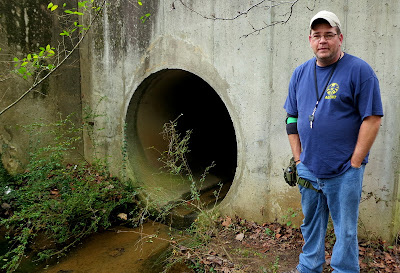 The first tunnel was about 4' in diameter, and 200' or so to the cache.  It is a tight squeeze for a 6'2", 300lbs dude, but I managed to duck walk myself to GZ, which was mercifully at a storm drain so I could stand fully upright, and sign the log. All the while trying to avoid the small river of water flowing at my feet through the concrete tube.

The second tunnel was in some ways easier, and in others more intense.  The tunnel is wider: 7' in diameter. No duck walking was required. However the creek that runs through it is deeper - up to a foot in places.

The tunnel is also much longer as it runs the entire length of an old K-Mart parking lot - about a quarter mile underground, and the cache is at the far end.  The cache is rated a 5/5, the most difficult of all cache ratings. 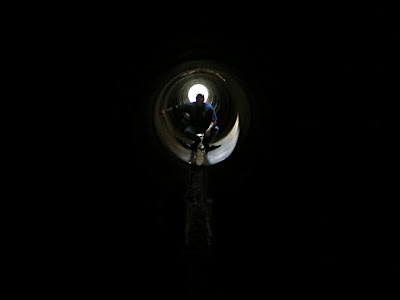 So armed with flashlights, cameras, and rubber boots we enter the tunnel and start the long trek through the darkness.  At several points along the way exist passages to the surface for storm drains (rather interesting to see from the other side).  There are also a few side tunnels, only 2' in diameter or so, that branch off.  Most of the time you are left in the dark with only the sloshing of water over your boots, and a thin ray of light from your flashlight as you wade through the murky darkness.

Eventually we arrive at the cache.  It is a simple bison tube (as these things tend to be).  The log signed we kept going until we reached the end of the tunnel at the far side and stood in the middle of the creek, in broad daylight.  Another grand adventure completed, we head back to the car over land.

If you have never done tunnel caching, I highly reccomend it.  It is a unique experience, and one you won't soon forget.  I'll leave you with some more pics from both tunnels, starting with Yours Truly at the first cache. 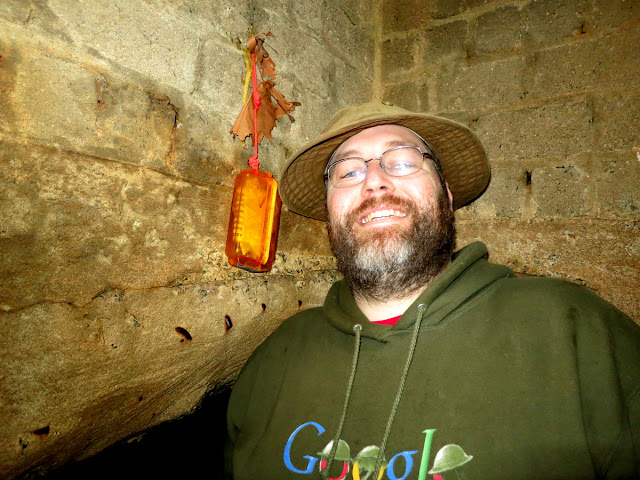 The underside of a storm drain. 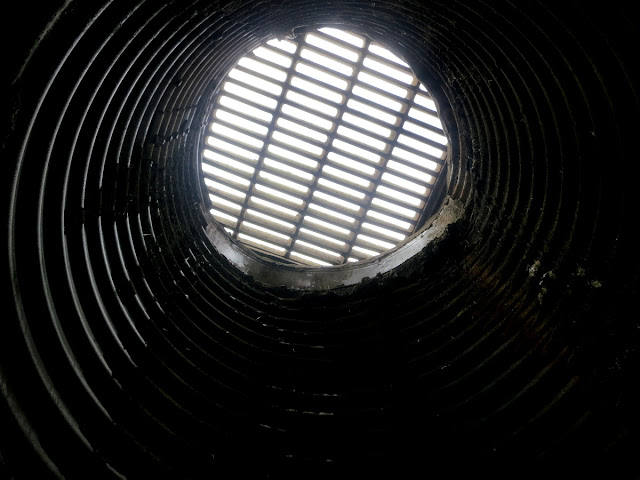 Peering into the murky depths 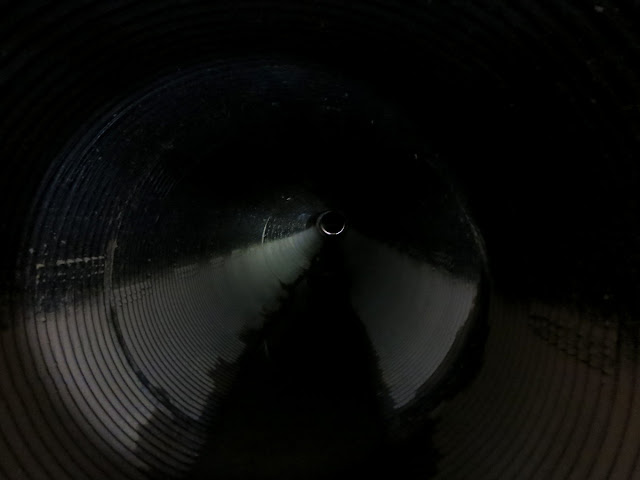 Tar melted into the tunnel from the hot summer heat. 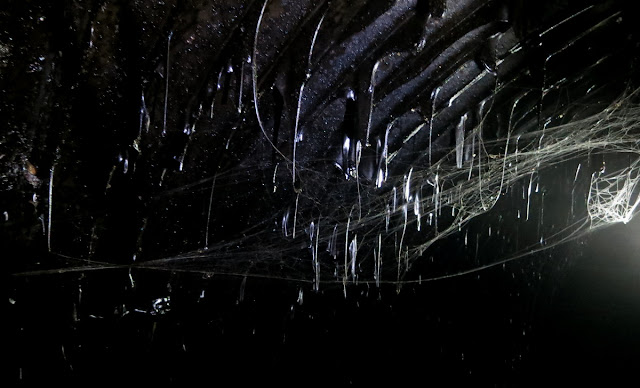 Freekacher taking a victory pose after conquering the second tunnel. 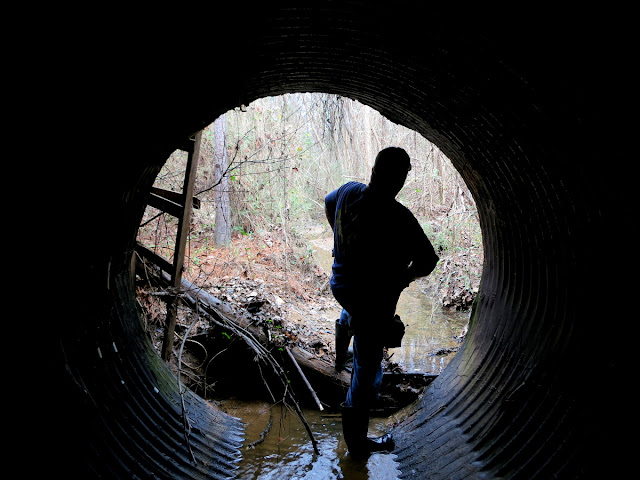 That's AWE-some !!! I'd so love to try something like that. Definitely the type of adventure you need to be prepared for and not do alone.

Very cool. We had one like that in a storm drain under the streets in a town near us, but once the city officials got wind of it they shut it down - too dangerous they said and didn't want the liability. I was bummed out that I didn't get a chance to do it.

I love tunnel caches and caves are even cooler. That is right up my alley. A good rain the night before makes it even more challenging. Lol!
Good fun!