I found myself in Raleigh North Carolina last weekend, so on a whim I checked to see if any NHL games were playing. Much to my delight my favourite team, the Ottawa Senators, were going to be in town on Friday.  I didn't want to miss the chance to catch a Sens game, so I decided I must go check it out. 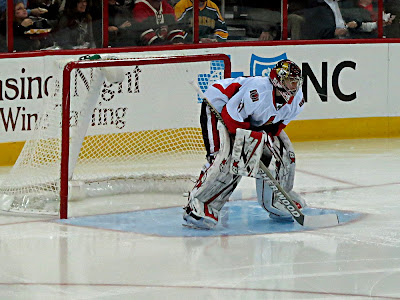 +Andrew Smith was free that night so we headed out to the PNC Center for a guys night out watching hockey.

I have now attended two NHL games in a single year, which I believe makes me an official "sporting enthusiast". It is very exciting.

Despite the Sens playing in typical Canadian Sporting Tradition (aka, if there isn't a gold medal on the line, we shall fold like a cheap shirt - it is only polite, eh?), I had a lot of fun. Especially exiting was the last second open netter goal (which didn't count by mere miliseconds), and the US vs Canada jibes between me and Andy.  Fantastic good times.

We were sitting 7 rows up from the blue line so we had a great view.  I took 1065 photos with my point-and-shoot camera, and actually managed to get some shots that don't completely suck.  Sports photography from the stands is always difficult - doubly so without big glass of a DLSr.

So here are some semi-decent snapshots of the action and excitement of the Ottawa Senators vs the Carolina Hurricanes. 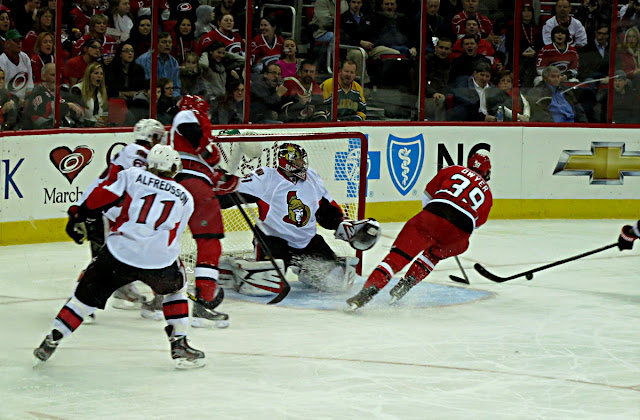 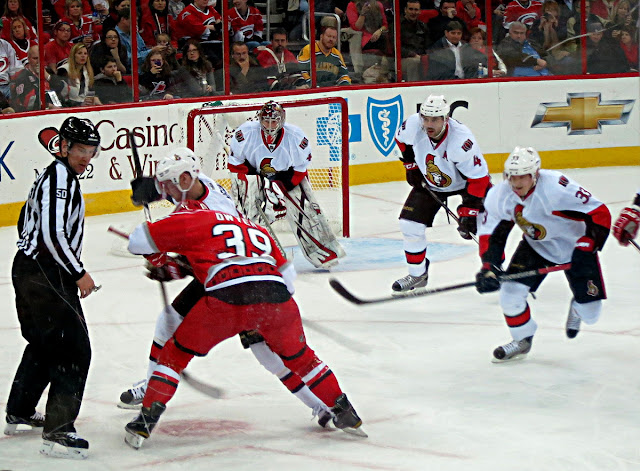 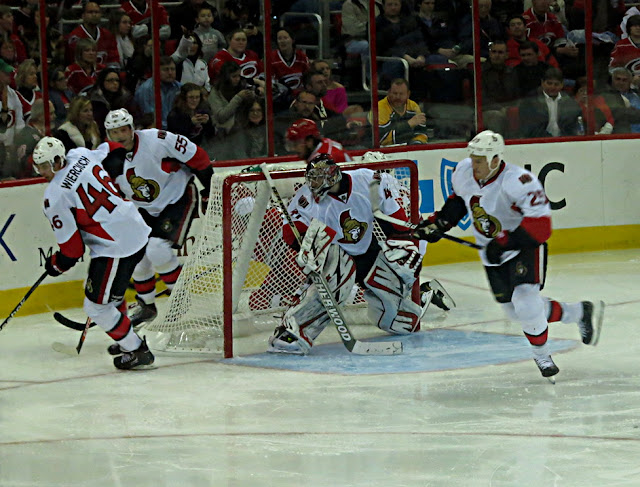 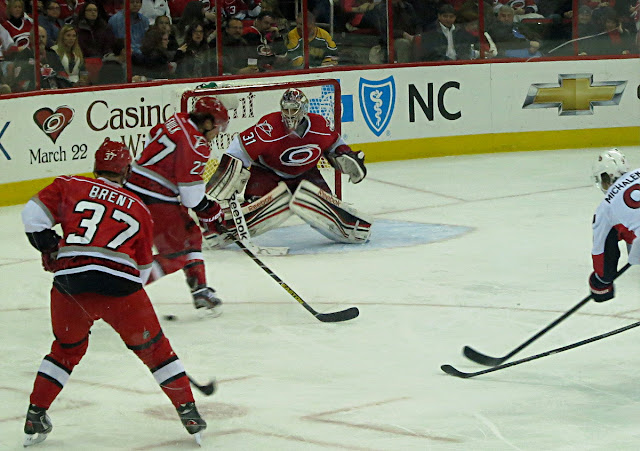 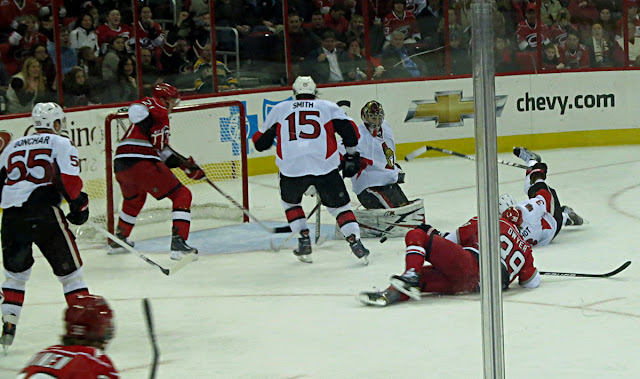 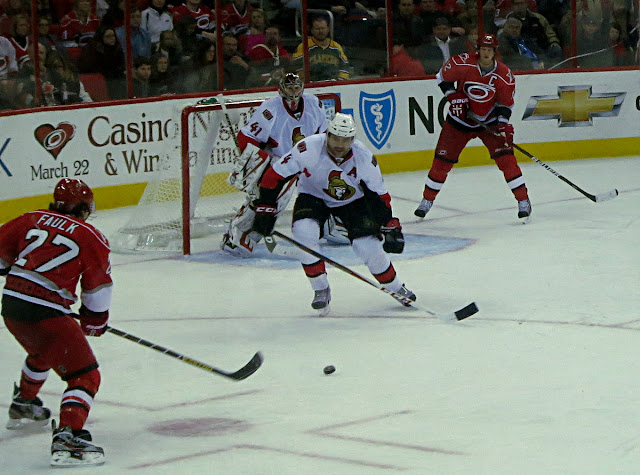 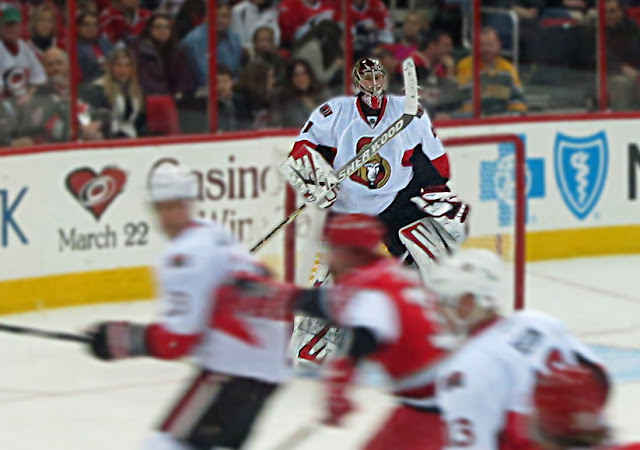 Posted by Dave DeBaeremaeker at 9:45 PM

Awesome. I like the last pic the best. The way the goalie is focused makes the other players look like they are blurry from moving too fast for the camera.

Funny thing is I have NEVER been to an NHL game. Probably because Leafs games are insanely expensive and not worth it.

Yeah, I lucked out with the last photo. The players in the front were blurry in camera, but the goalie and crowd were in focus, so I just went with it, blurred out the crowd, and made it a bit artsy - to me it kinda shows how the goalie needs to keep watching the continuous action.

The Leafs play in Raleigh on Feb 14. Kinda tempted to go. You are right tho. The ticket prices for the same seats I had in the Air Canada Center are twice the price.

Come on down to NC and we can check out a game together.

Awesome pictures. I would love to watch a NHL game live. My team is the Rangers, and would love to take a trip to MSG for a game. I went to a local minor league hockey game the night before last. It was fun.