The CITO At Buffalo Cove 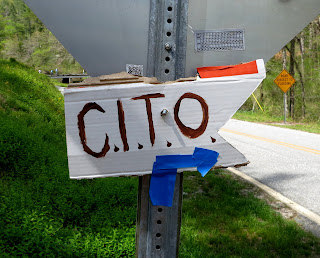 For a geocacher the world is our game board.

Cache In Trash Out (CITO) events were created to encourage geoachers to clean up their playgrounds, and make the world a shinier place for everyone.

To celebrate the 11th Annual CITO weekend, local cachers planned a CITO event to clean up a nature area on Buffalo Cove Rd in Caldwell County NC.  I like a clean place to play as much as the next cacher, so I planned to attend the moment the event was published (not to mention I was bribed by a shiny new souvenir for my geocaching profile - I can be bought, and I am not that expensive).

The area being targeted for clean-up is a nature area that runs beside a creek.  A few hundred feet down the creek is an old dam, which adds some dramatic backgrounds and character to the area. It really is a pleasant place to hang out for an afternoon.

The timing of the event( 1:30-4PM), normally corresponds to my kids normal nap times, so I had planned on attending alone (hence I'd face the wrath of sleep deprived, cranky kids).  Happily the kids decided to spontaneously go off schedule today and nap early, so both of my kids were well rested by CITO time, so my entire congregation could tag along.

We arrived at the event just in time for Abigails lunch, so my wife stopped at the main tent to feed her, while   I grabbed a couple bags and headed down the trail to start picking up garbage with Zeke: 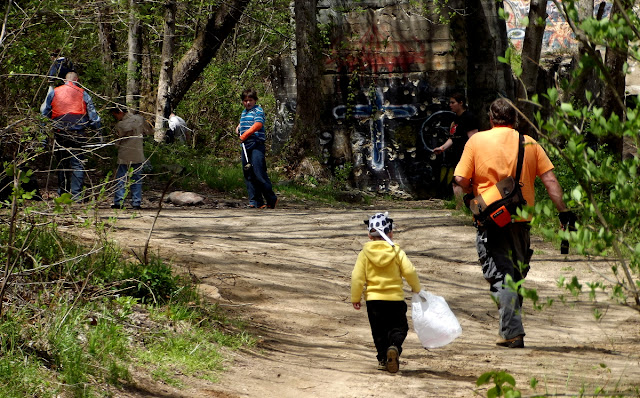 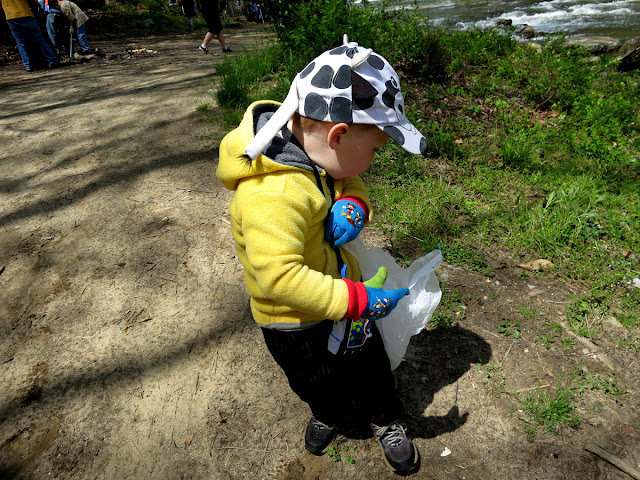 The dam itself is about 8 ft high.  It is very old, and the local kids have painted a lot of graffiti on the walls, most of which is quite artistic.

There was a geocache hidden near the dam.  We picked up trash until we got close, then we stopped cleaning and starting searching.  It was well hidden so it took a while, but we finally managed to put our hands on the log sheet.  I got FTF, which was nice icing on a tasty cache cake (metaphorically speaking).

There were also many faces painted on the dam wall, including this guy: 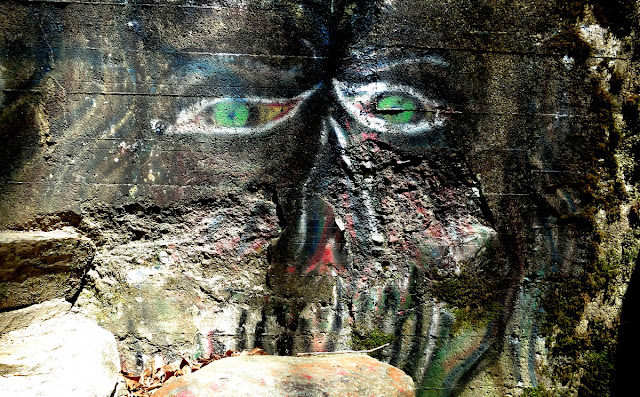 While we were searching for the geocache, Zeke discovered some more trash, which he happily and excitedly picked up to put in his bag.  We managed to fill most of a large black garbage bag.  After that he spent a goodly amount of time running through the creek. 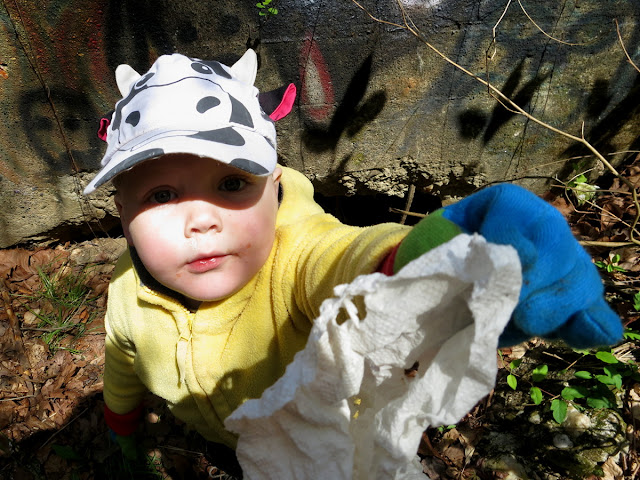 Once we finished at the dam we walked back to the main tent to hang out and chat with the local cachers.  Below are a couple pictures of some of the garbage that was picked up during the day.  There were also a lot of bags left on the sides of the road which will be picked up by the county administration for proper disposal.

Along the way several snakes were seen.  One of the people helping out is a Boy Scout leader, and a professional snake handler.  He, and his son, picked up one of the snakes - an eastern king snake - and showed it off to the group (don't worry, it is not venomous). 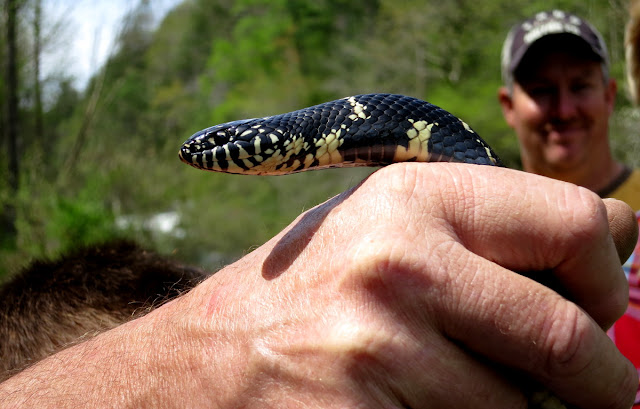 Finally a group pic of all the folks who helped out.  Some are cachers, but the local Boy Scout and Girl Scout troops also lent a valuable hand.  There were about 36 people who attended the event (some of which missed the photo). 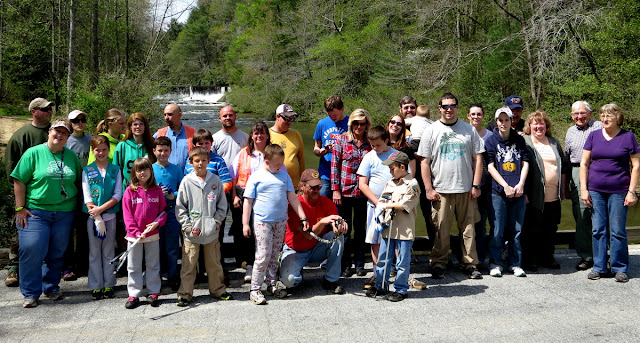 When we were getting into the car, my son told my wife that he had a lot of fun - an unusually exuberant volunteer utterance for him so it make me think one could safely add "whole" to the front of "lot" in his sentence.  Not a bad outcome for what was basically forced labour for a toddler for an afternoon (CITOing has many hidden benefits).  I had a great deal of fun too, and I can't wait until the next geocaching event comes my way.

Did you CITO?  Let me know in the comments below.

**UPDATE**. According to the Water and Soil Conservation Office, there were 46 bags of garbage, which is about 1012lbs of garbage, as well as many truck tires and some swingset gear, and 45 signatures were on the sign-in sheet.  Not to shabby for a couple hours work.
Posted by Dave DeBaeremaeker at 9:46 PM