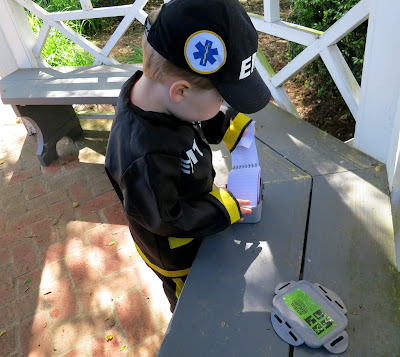 Today I got to help a toddler celebrate a geocaching milestone.  His 100th cache find.

My son, Tonka Tyke,  has been begging me to take him caching all weekend, but we had a fairly full schedule, so today, right after nap time, we finally had a bit of free time so we headed out to our downtown to hunt down some caches.

He has actually been a fairly active and well rounded cacher over his short career.  He has finds in 10 states and 1 province.  He has a mega, two flash mobs, a CITO, and many regular events under his belt.  He also has an International Geocaching Day, and a 12-12-12 event.  Not to shabby for someone who fits in some caches as swag.

The following is the story of Zekes 100th find in pictures.

He needed just two caches to get to his milestone, so we hit up one of my caches I hid at the church we attend.  He wasn't there when I hid the cache so its fair game for him to find it.  It didn't take him long to locate the cache and I helped him sign the log.

He insisted we take the Gatorade.  Last night I took him shopping to get some flowers for his mother for Mothers Day, and while I was out I bought a few cases of water and Gatorade.  I mentioned how important it was to carry some water or Gatorade while caching, so he was absolutely insistent on bringing a bottle with us.  He learns quick, this boy does. 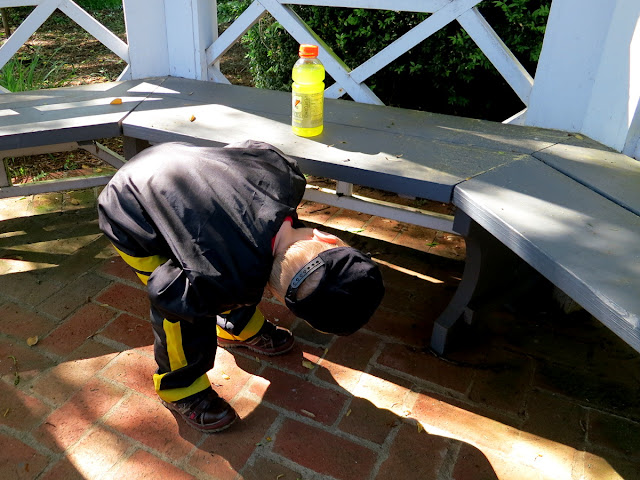 We then walked over to J.E. Broyhill park. It is a cute little park built in a valley, so there are lots of hills, raised pathways, and various levels of play grounds and picnic shelters.  The cache in question was near this bridge: 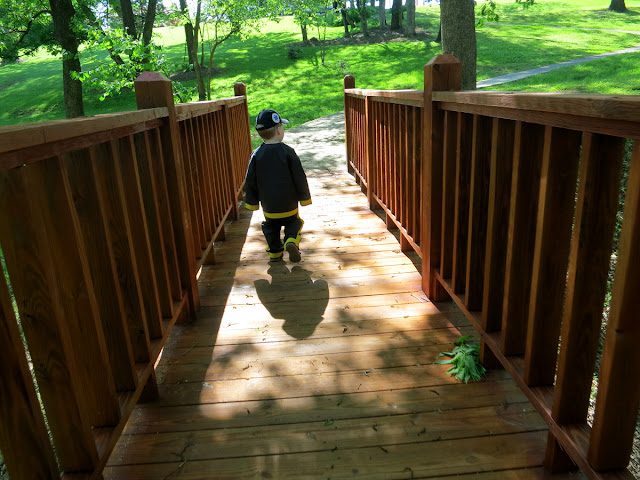 He quickly found the cache, and opened it like a boss, looking at the swag. 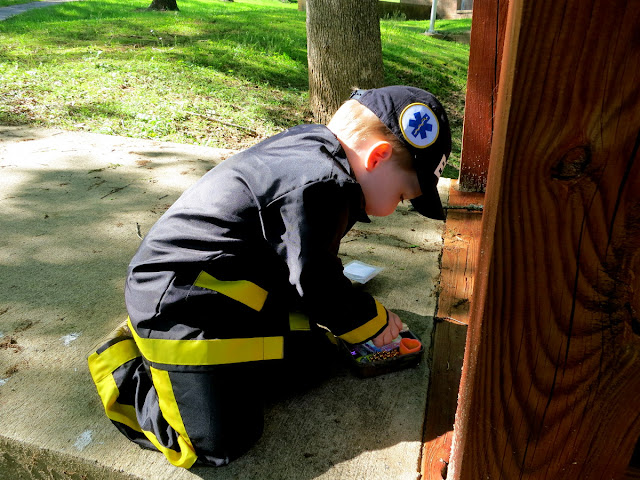 He decided to trade for three swag items (luckily I had enough trade items in my pack!).  A car for him, and a puzzle each for Daddy and his sister. 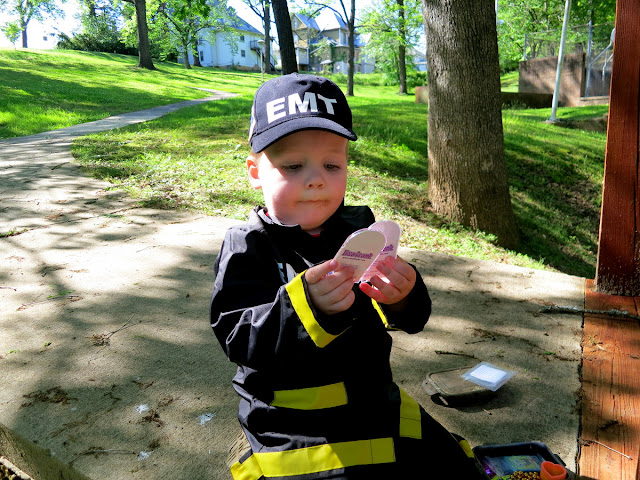 He then opened up the ziploc baggie containing the log, and I helped him sign it.  He is officially a century cacher. 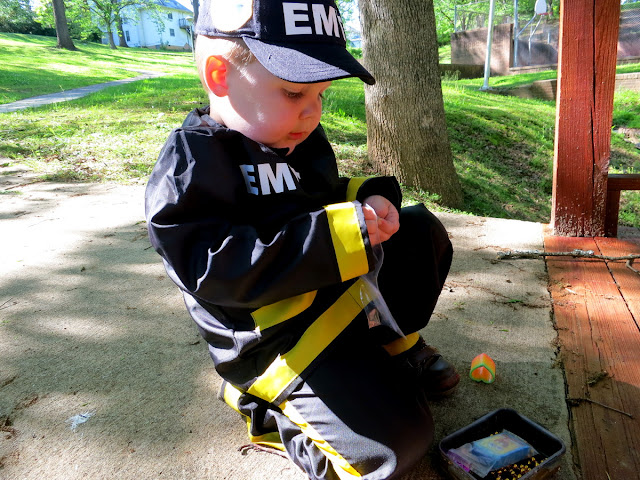 Afterwards we hit up the playground for some much needed play time. 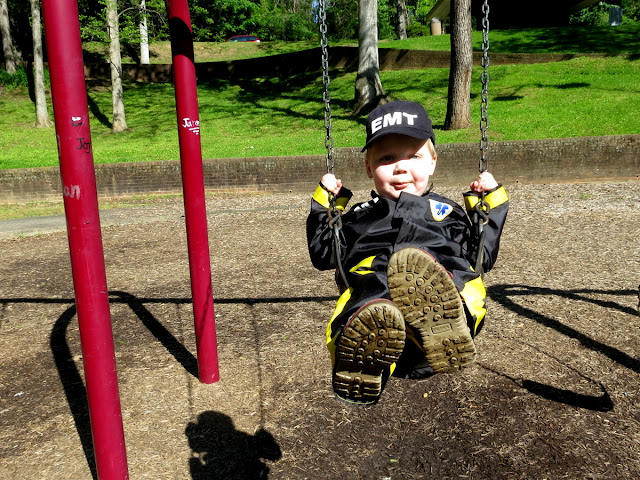 Once we finished on the playground we walked around downtown Lenoir and found a couple more caches before heading home. Another great day of geocaching in the bag.
Posted by Dave DeBaeremaeker at 8:23 PM