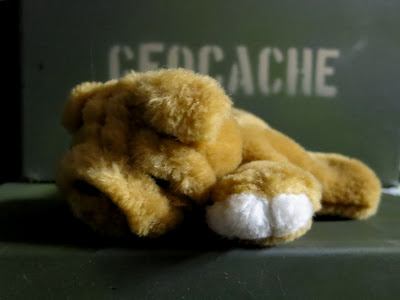 This is Cachey, the stuffed puppy.

He is Zeke's latest adoption from a geocache.

When I was in Lakeland, Florida last weekend for GeoWoodstock XI, I hung out with some caching friends from Massachusetts.  We were looking for some caches to do after we ate supper.  It was around then leftyfb pulled up the listing for Zeke's Cache.

It was close by, so we (leftyfb, deviousdragen, and myself) decided to grab it, in honour of my son, Zeke aka Tonka Tyke. 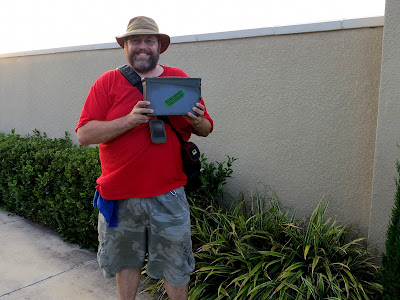 Inside the cache, a 30cal ammo can,  lived a stuffed puppy.  I don't know how long he was living in there, but I decided to take him home and give him to Zeke as a souvenir.

The puppy sat in my geo-bag for almost a week before I went through all my stuff and discovered him waiting for me.

I told Zeke about the cache that was named after him, and gave him the puppy.  He was very excited to get it, and is currently sleeping with it now.

So that is the story of Cachey the geo-puppy.  Now you know the rest of the story. 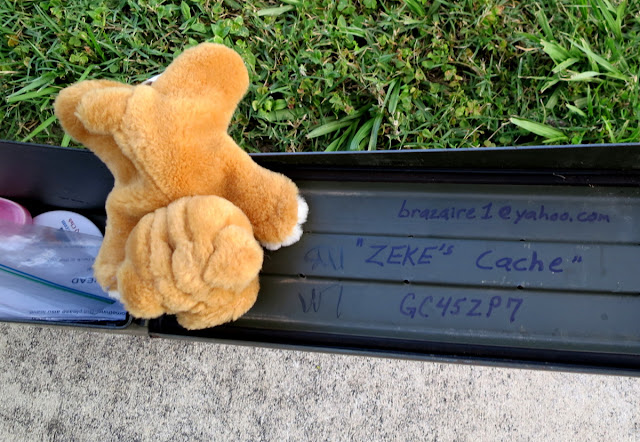 Posted by Dave DeBaeremaeker at 10:21 PM