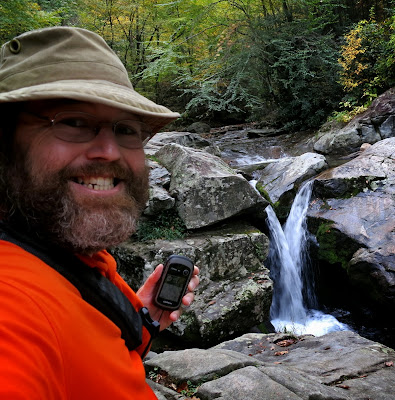 Sunday was International Earth Cache Day.  To celebrate I headed up the mountains to find a couple earth caches, as well as few traditionals.

If you are not aware, an earth cache is a special type of cache.  There is no container to find, rather the object of the cache is to learn an earth science lesson.

The most spectacular cache I did was also the last cache of the day.  It was at Trash Can Falls, which lies 10 minutes west of Boone North Carolina, deep in the Blue Ridge Mountains.

From parking the falls are accessed via a small path, which was annoyingly hard to locate.  Once on the path it is a quick walk to the falls themselves.

To claim an earth cache one has to answer a series of questions. One of the questions required the finder (AKA me) to measure the temperature of the water.  I, of course, being a well prepared geocacher, completely neglected to bring a thermometer.

I stuck my hand in the water to get a rough guesstimate of the temperature, but the idea of not being able to answer this question accurately bugged me. I started formulating an excuse in my head, hoping the CO would let me log it anyway.  It was quite the quandary.

I sat beside the waterfall for a good 30 minutes and puzzled this quandary until my puzzler was sore.

Something was nagging at me.  A salient detail I was overlooking... but what was it? 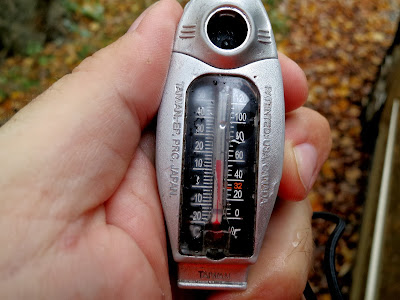 Suddenly the solution dawned on me.

You see, a few years ago I bought a small compass to use as a backup navigation device.  The compass was attached to an emergency whistle and... (pause for dramatic effect here) a thermometer. Ding! Ding! Ding!

When I bought the compass I figured I'd never need to use the thermometer so I promptly forgot about it.  Turns out I was greatly mistaken.

Excitedly I grabbed my measurements, took some photos, then headed back down the trail towards home.

Before I left I was sure to grab a few pictures, like this one, which is the top of Trash Can Falls: 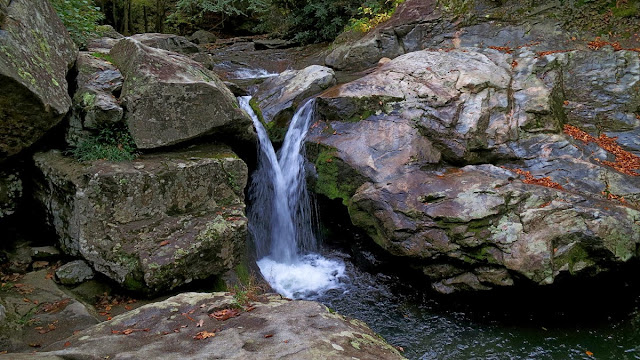 These trees were growing out of the rocks that made up the far bank of the river. I dunno why, but the sight of trees clinging to rocks like this always makes me stop and think.  Maybe it is a sign that you can't stop nature.  It does what it does.  Life finds a way. 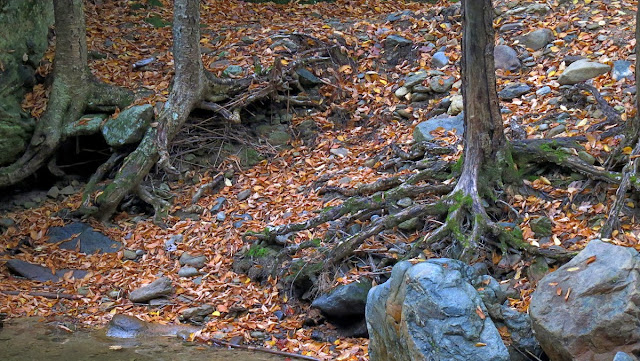 This is the creek just above the falls. 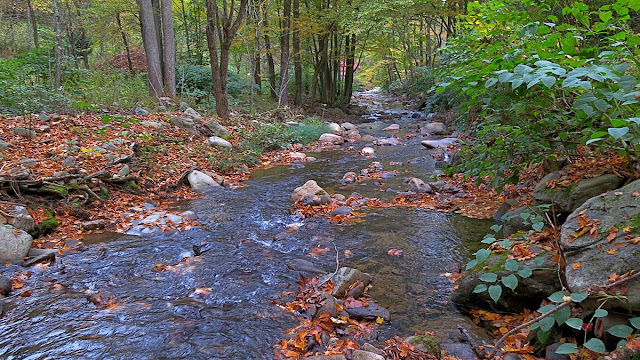 As I mentioned earlier I spent part of my trip grabbing some traditional caches.  There is a series of caches around Boone that highlights some of the silos in the area.  This one was a two-fer, as ground zero overlooked this picturesque mountain scene: 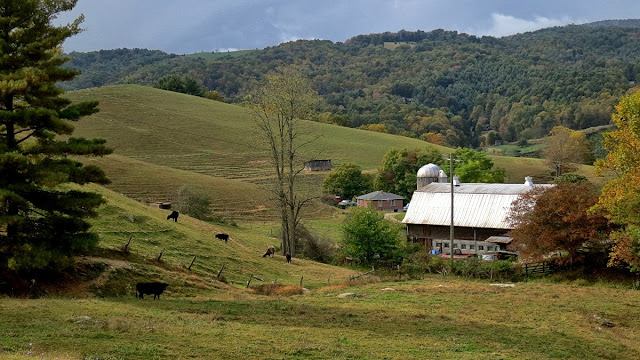 Just down the road, around the next curve, was this interesting barn. You could actually see parts of it through the trees from GZ, but taking the drive gives one a much better photo op. 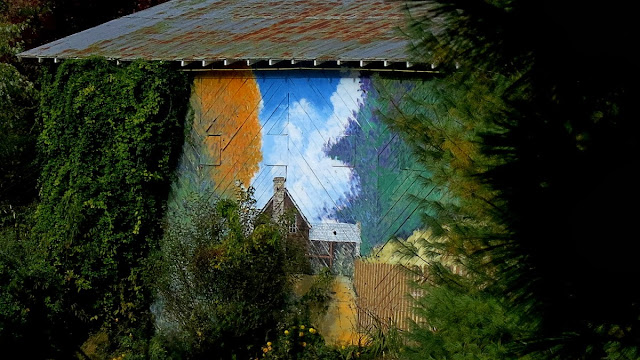 I spent just a few short hours in the mountains, but I found 7 caches, including two earth caches.  Not to shabby, if I do say so myself.

Did you get out and find an earth cache for earth day?  Let me know about it in the comments below.
Posted by Dave DeBaeremaeker at 8:33 PM