The Library Of Gallifrey 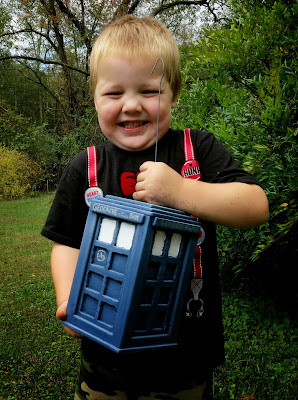 I have unleashed a new geocache unto the world.

About a year ago I started watching the British sci-fi show Doctor Who, and since then I have become a fan (or Whovian, if you will).

Fans of the show will (hopefully) instantly recognize the blue box. Those that are not fans may wish to know that it is a TARDIS, which is the time machine the Doctor uses to travel to various places in space and time. It is based on a British police box.

Being the shape it is always made me think that it had a great deal of potential as a geocache container.  So with the help from my father (who owned the tools, and has actual wood working skills) we designed and built a TARDIS replica to use as a geocache.

The TARDIS is famous for being "bigger on the inside".  I tried to figure out a way to make this true for my cache, but lacking the ability to bend the rules of space-time, I couldn't make it work properly.

I compromised by making the cache an in-field puzzle. Finding the cache is just the first step. The finder then needs to figure out how to open it. 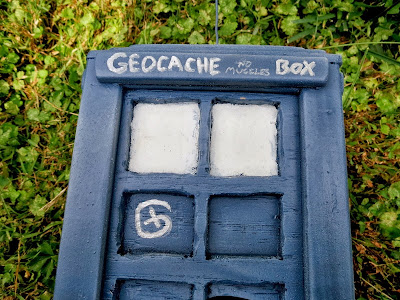 I paired the cache with a similar themed ammo can(which is bigger than the TARDIS on the inside, if you see where I am going with this...) that is locked.

The method to unlock the ammo can can be determined once the TARDIS is found, and its mysteries solved.

Just to give it a little more interest I made the cache a book exchange. Inside the ammo can are several paperback novels that finders can trade for.

This cache is now deployed and waiting for finders.  If you find yourself in western North Carolina, perhaps you will stop by and check out the Library Of Gallifrey. 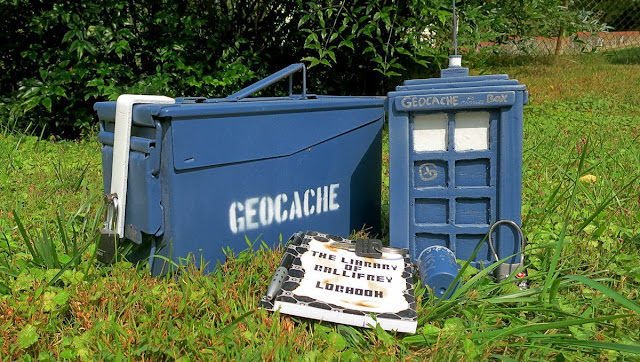 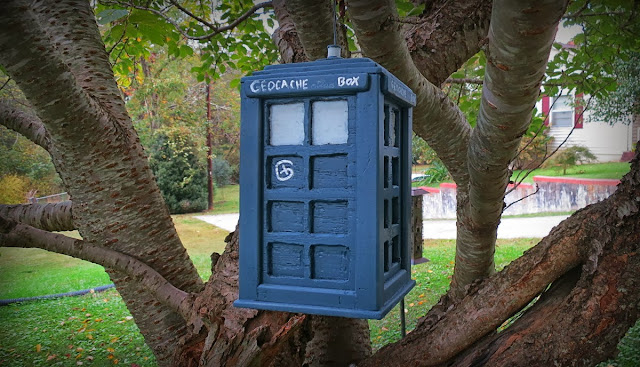 Posted by Dave DeBaeremaeker at 6:19 PM