Indiana Jones And The Cache Crusade 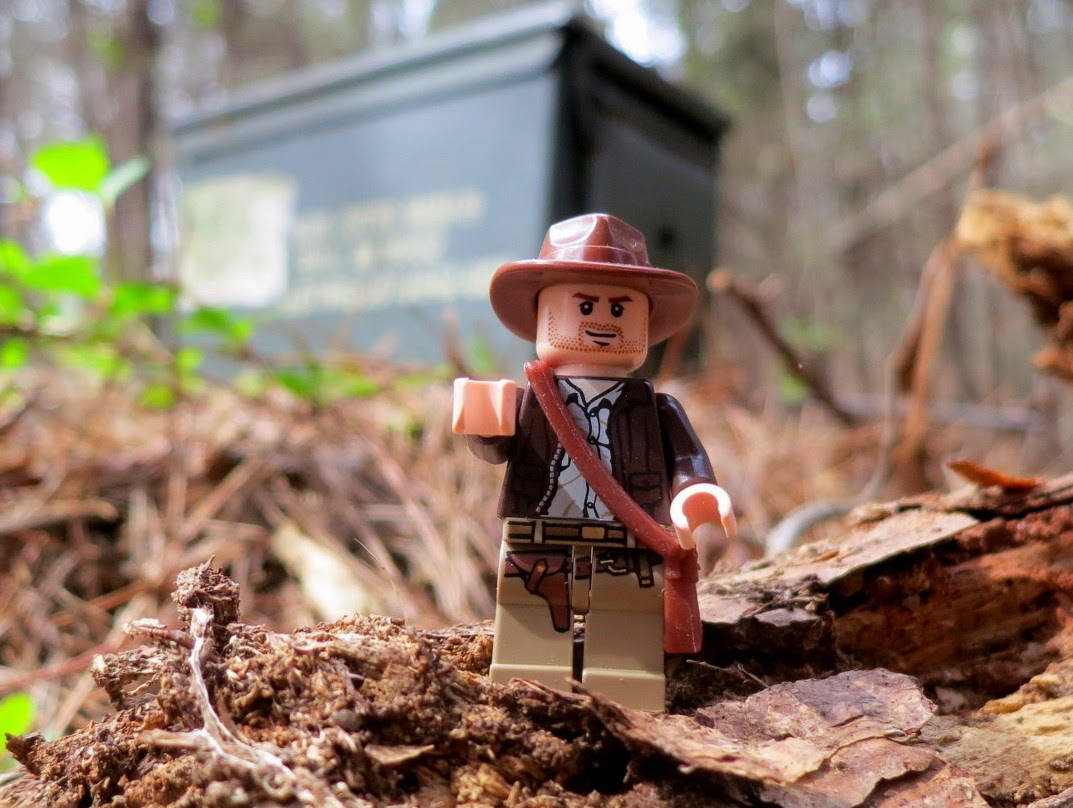 I really felt the need to get out of the house today and hit some trails.  So I headed an 75 minutes south west to the Latta Plantation.  Latta Plantation is a large nature reserve full of trails, horses, muggles, and geocaches.

Not one to simply find a geocache, I wanted to epic things up and go on a grand adventure,  so I brought along the most famous of all adventurers: Indiana Jones.

If you are going to roll with someone, you might as well roll with the best.  Its how I roll, at least this time.


Together we found a bunch of caches.  We join the action after we found our first cache.  We had to locate the treasure in the next cache, but where was it?  What stands in the way?  What will we find inside?  Will there be snakes?  Who keeps asking these questions anyway? Oh, I do.  Sorry, I'll stop.

Lets watch the master at work.  After checking out the signs the locals left, long ago, and translating their ancient runes, Indy sought high ground to get the lay of the land.   Putting all the information together he quickly determined which direction to head. GZ is over there! 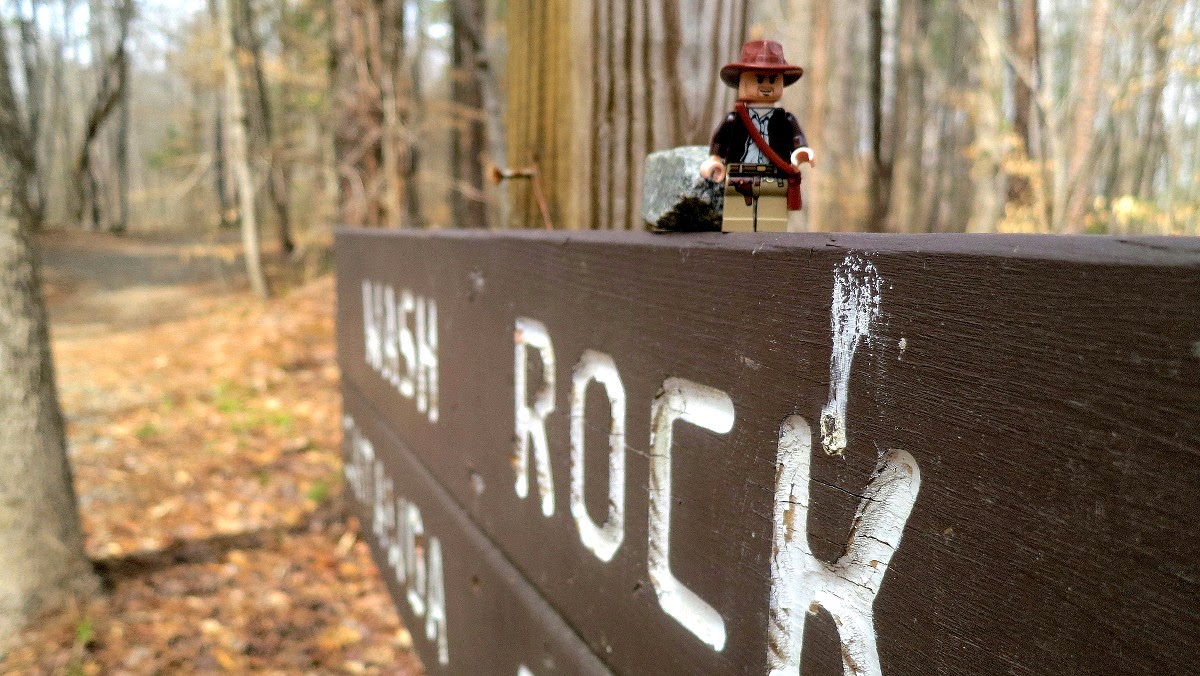 The epic jungle holds many dangers, and the bushwhack to Ground Zero was a hellish nightmare of giant leaves, and playful squirrels.  Not to mention snakes (why does it have to be snakes?!?).

Eventually our plucky hero breaks into a clearing and spots something in the distance.

With reckless abandon, he rushes in for a closer look. Is this the cache he seeks? Could this be the location he's been searching for ever since the last cache 7 whole minutes ago?  Will victory finally be in his grasp?  Will the story of this adventure finally allow him to score with Babs, the perky first-aid nurse at the university where he has his day job? 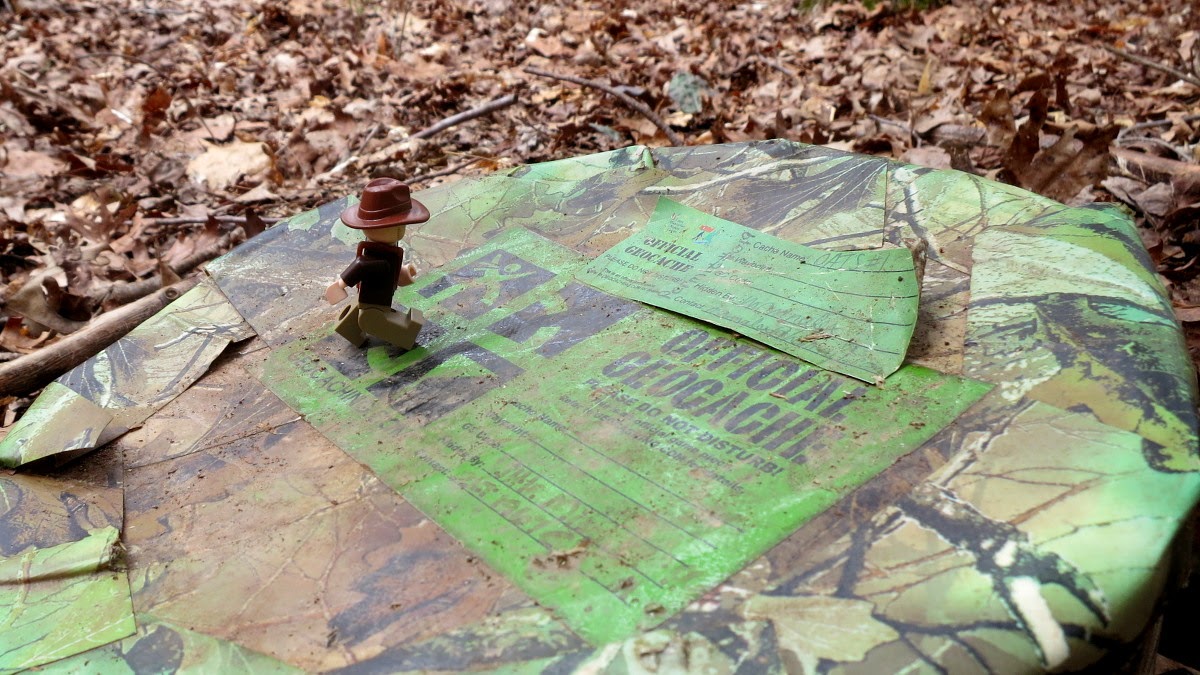 Yes, indeed it is, on all counts (hello nurse!).  One more victory for Indy in the books. Let's sign the log and get it back to the museum... Babs awaits... rowr. 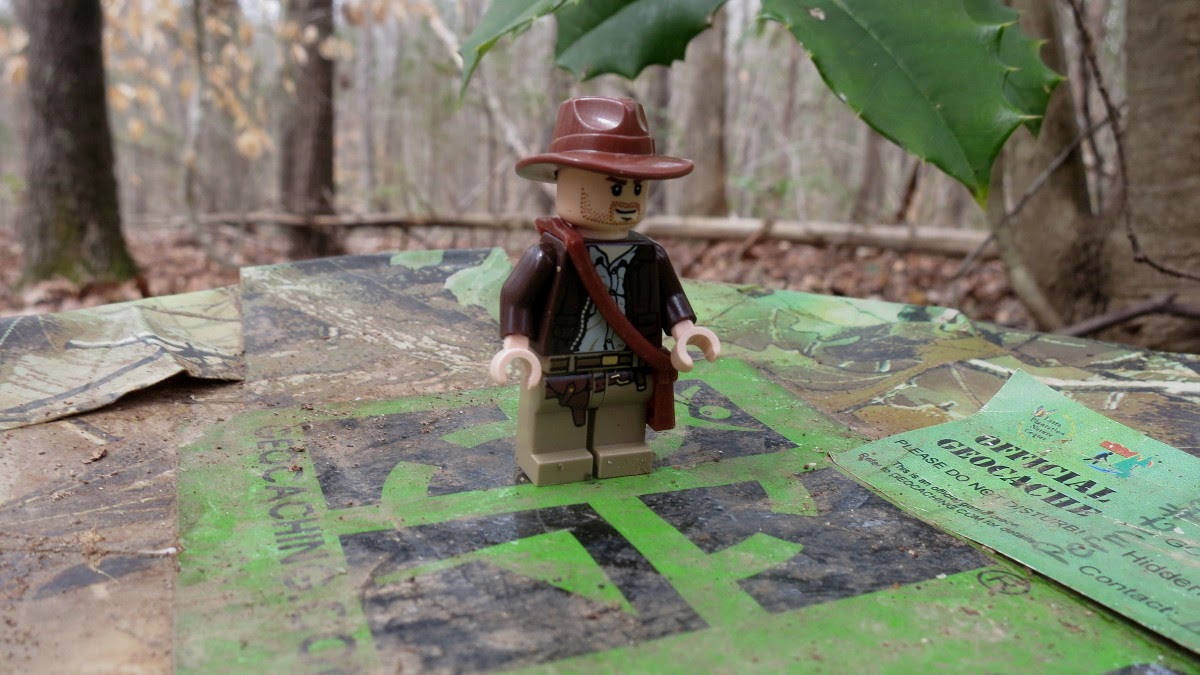 So, that was just a little taste of adventuring with Indy.  He could be back for more, or he could spend the rest of his days teaching archeology at the universty.

What do you guys think? Do you want him to come back for a sequel?

Posted by Dave DeBaeremaeker at 8:17 PM