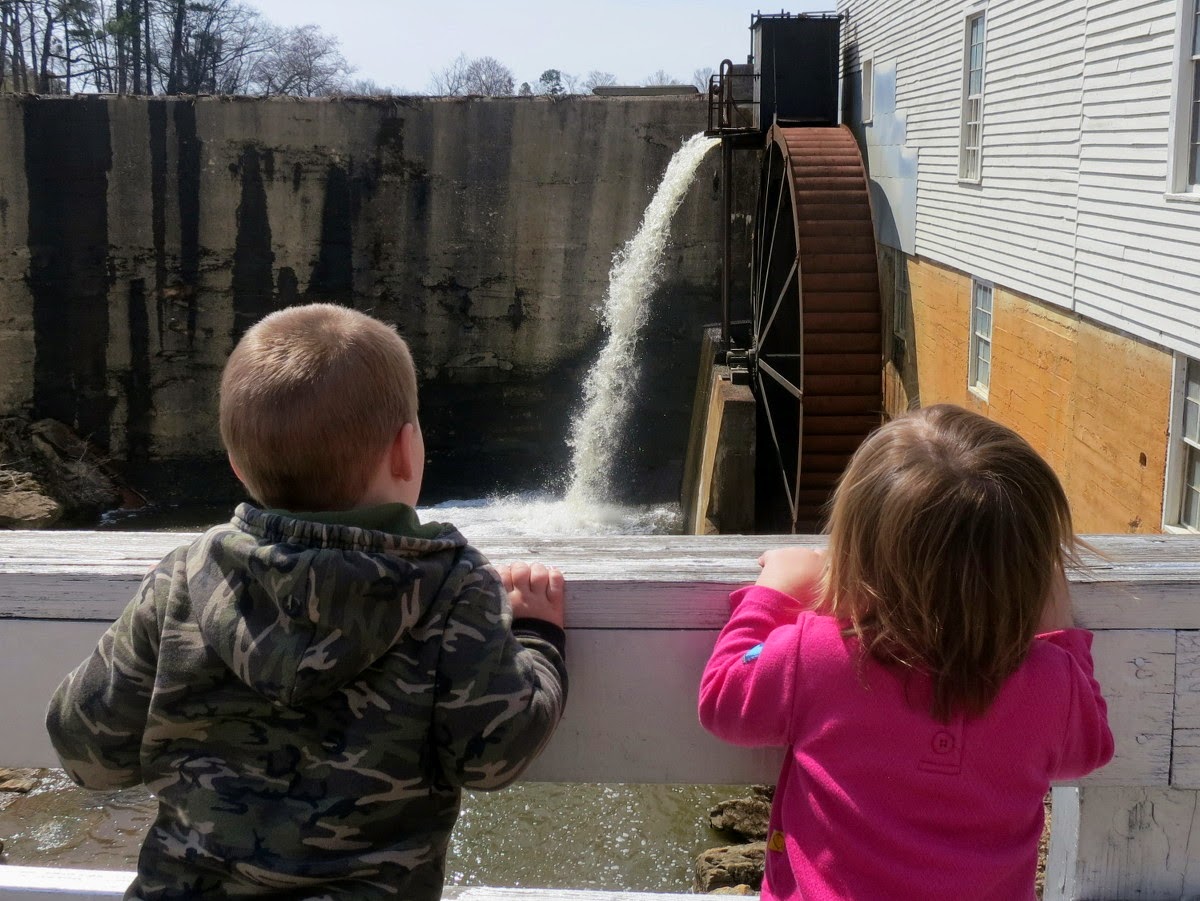 For a geocacher the world is our playground. Sometimes its nice to give back and clean things up a bit. Today the kids and I did just that.

We attended a Cache In Trash Out event at Murray's Mill (if the location sounds familiar, it is likely due to my post about a month ago.)

We, and 7 or so other cachers, walked the 1.4 miles of trail (one way), picking up garbage as we went.

Since I had the kids with me, and I was playing the role of a single parent, I spent more time on kid patrol than garbage patrol, but I managed to help out a bit.  I also took on the role of group photographer.  The following series of images documents the morning.

The runs along Murray's Mill pond.  The first section also runs alongside a picturesque farmers field. 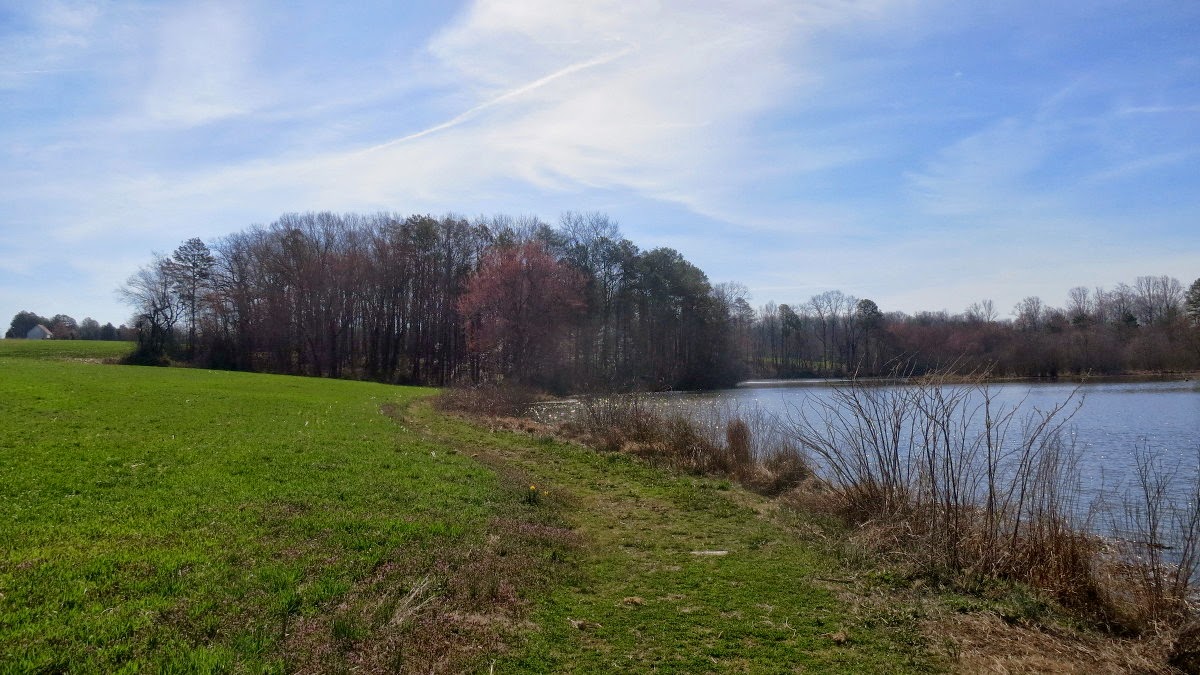 After the field, the rest of the trail is in the woods.  There are also some bridges to help hikers over the boggier bits. The kids took some time out to check out the (really small) creek. For the most part the group stayed together in the quest to rid the trail of trash and litter. This next shot was taken at the far end of the trail. 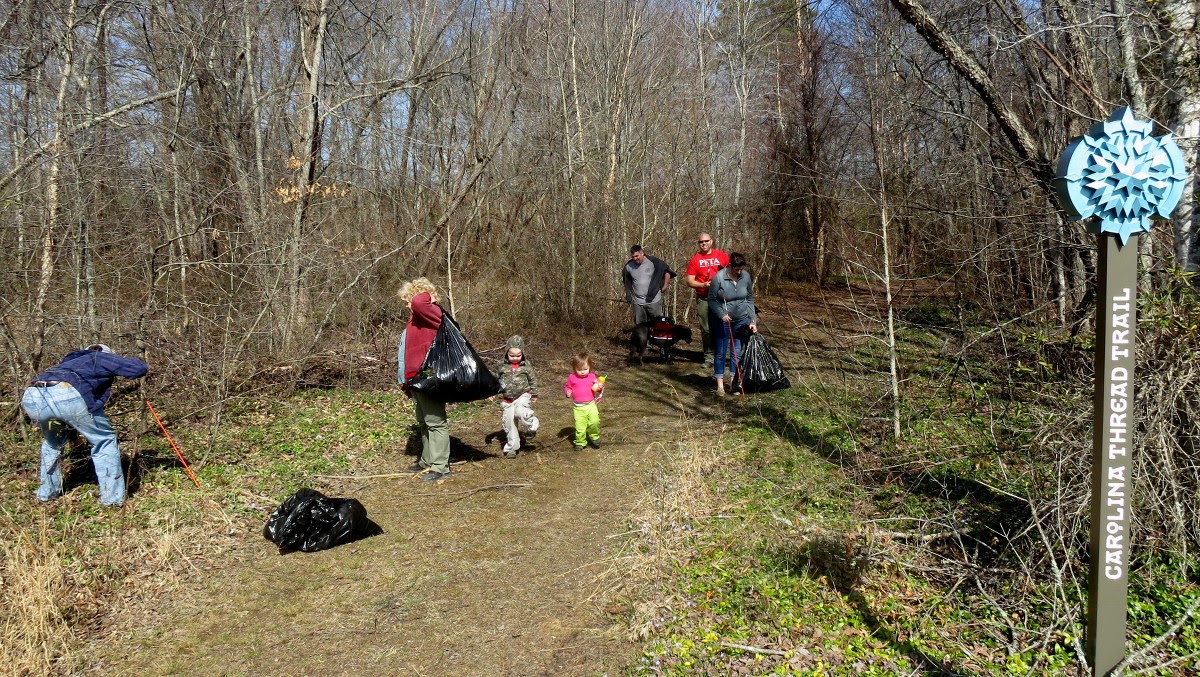 On the way back the kids took some time to kick some dirt, cause: kids. 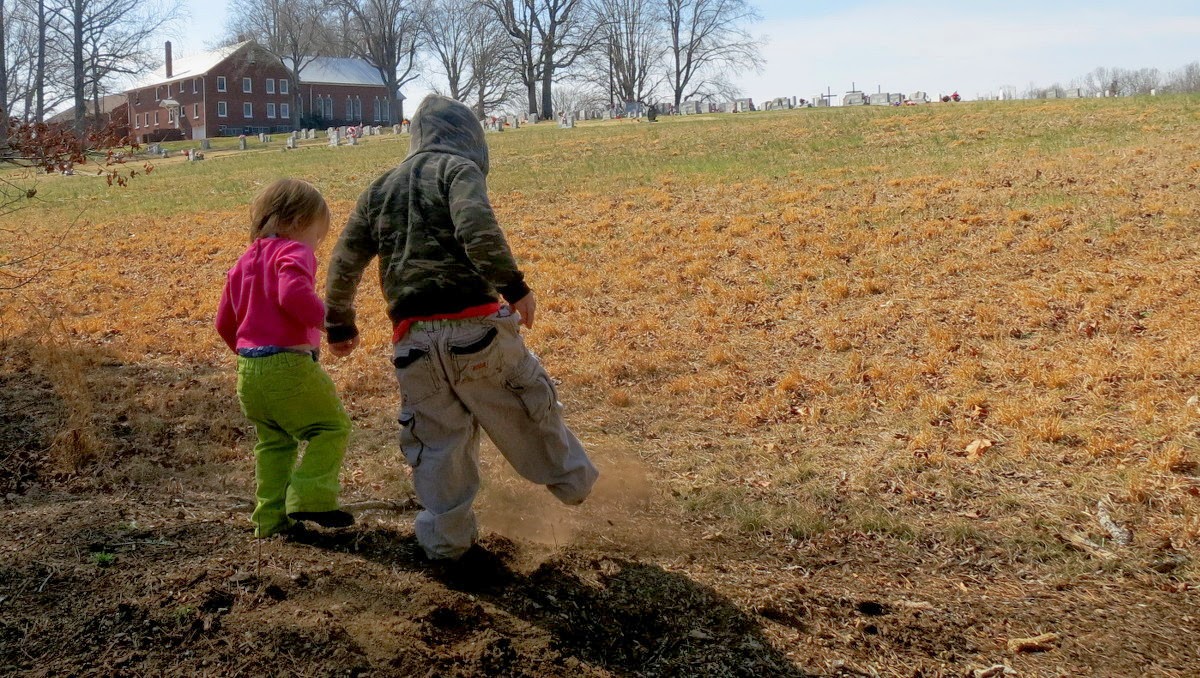 The trash was rather heavy by the end, so FailedApparatus and nyhof rigged up an old-fashioned carrying system. 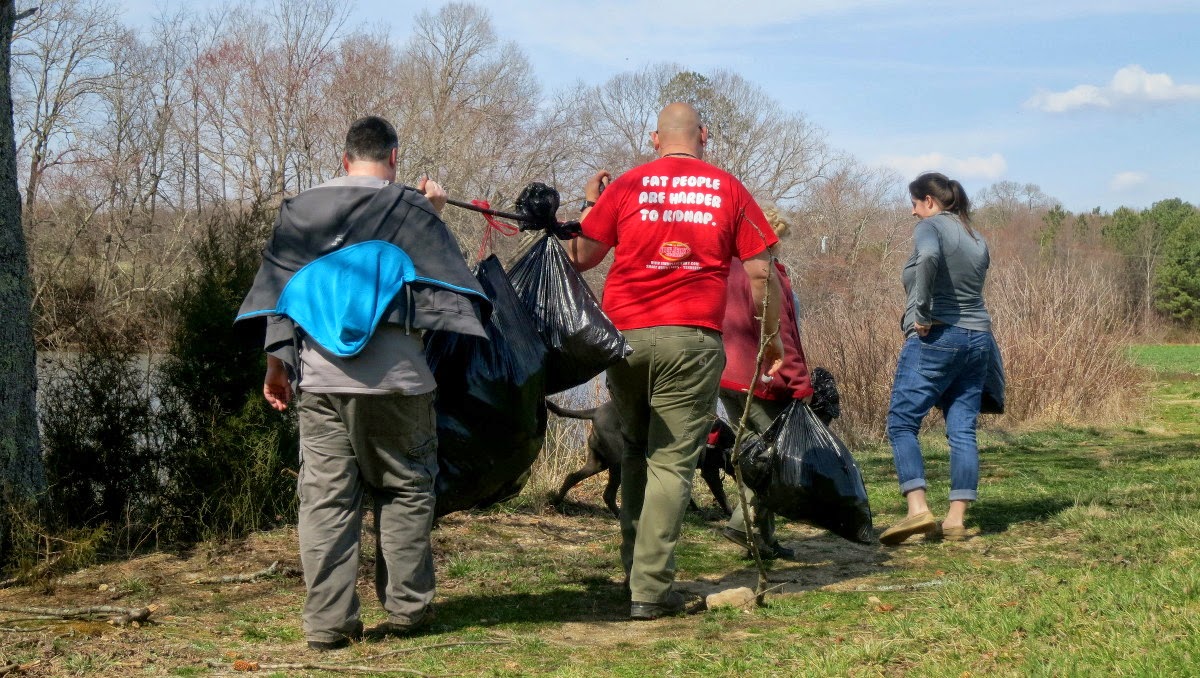 Since everyone else had something to carry, Abigail picked up some corn cobs from the field. 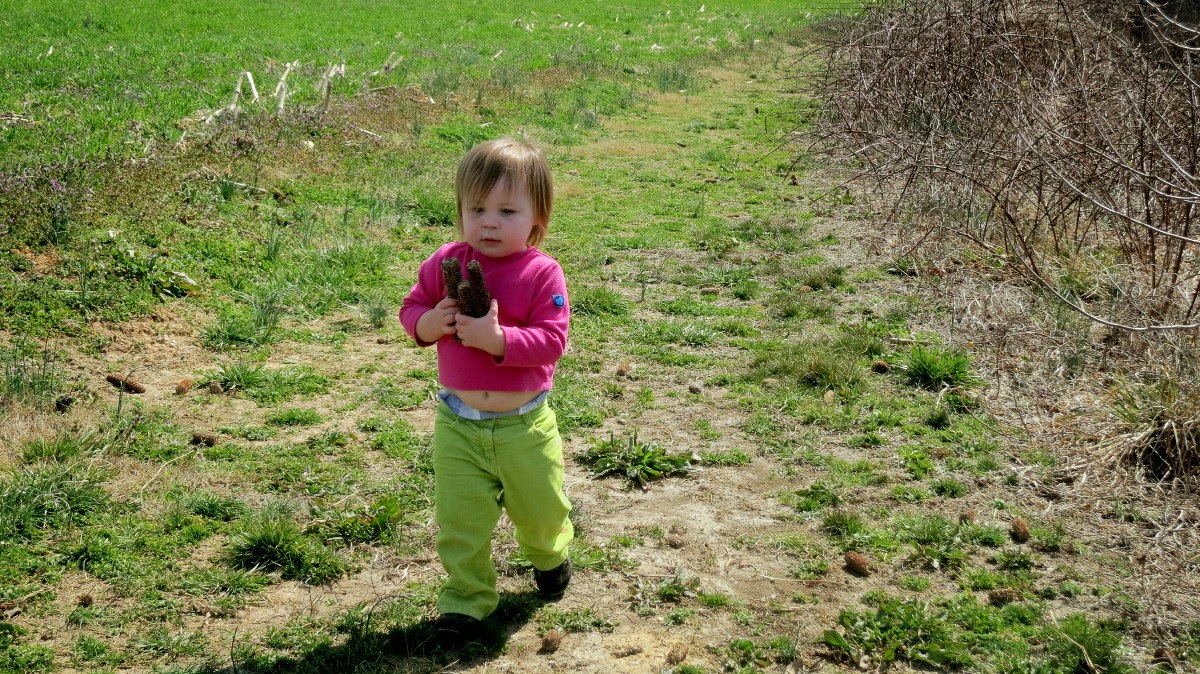 The view of the mill (on the left) from the back side looked really good on this (almost) spring day. There are a few old buildings across the pond from the mill (not pictured: the nearby geocache). 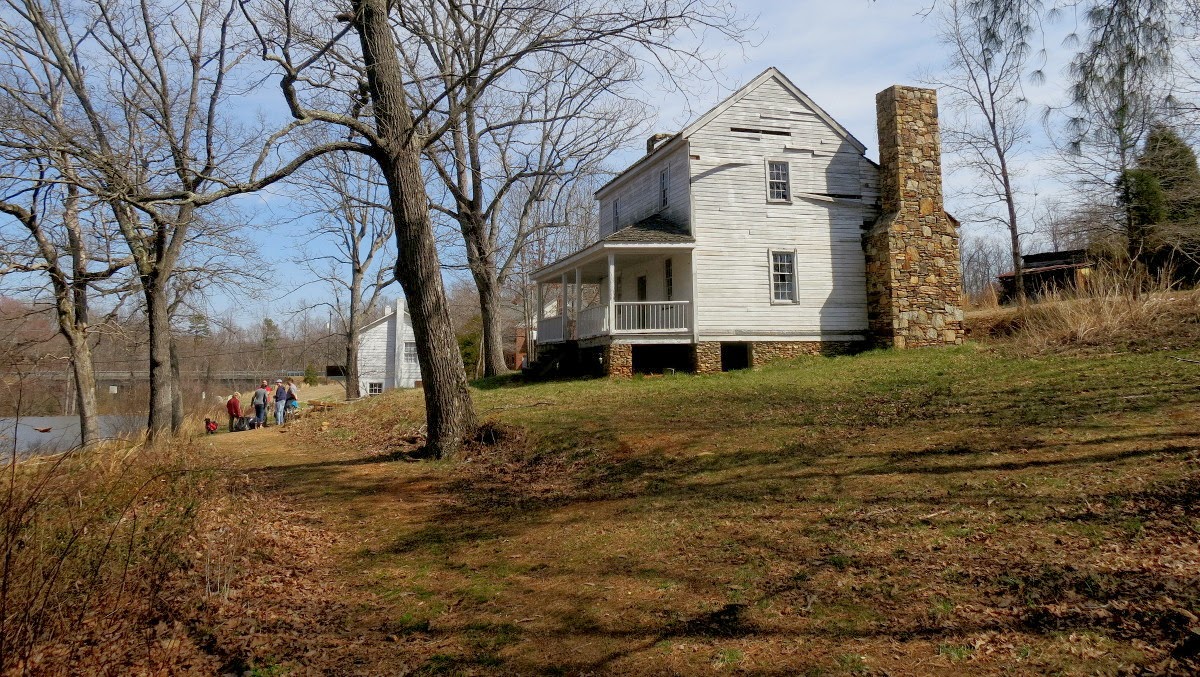 After a picnic lunch (PBJ baby!) we headed out to explore the mill.  See some water falls, and get into general hi-jinx.  The kids started climbing over rocks. Abigail actually did pretty good following her big brother has he monkeyed over the rocks like an old pro. 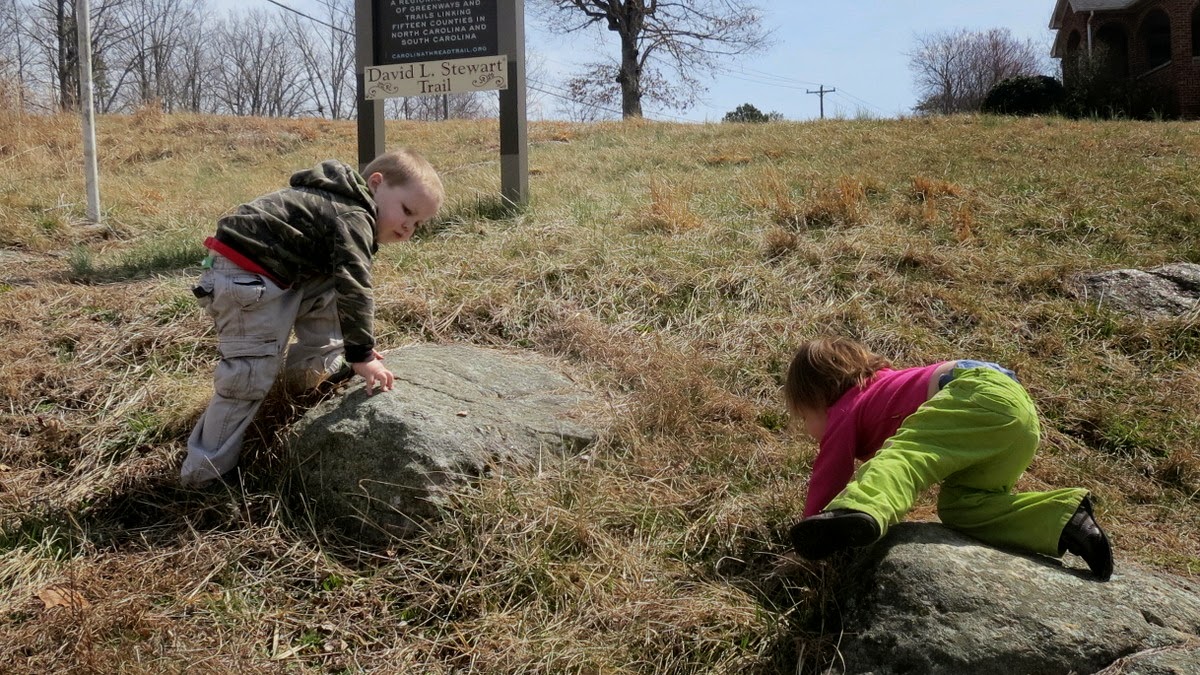 After the rocks were used up we piled into the Geovan of Destiny and headed on back home.  Both kids were asleep in the first 10 miles (turns out walking 2.8 miles, plus a good rock climb, is rather tiring for the toddler set).  The drive home is 45 minutes, but I ended up taking a munch longer drive so then kids could get a longer nap in - 1.5 hours in total.

This was a good day.  Both kids had lots of fun, as did I.  To top it off we left the world a little better off than we found it.  Not bad for a morning spent in the geocachers playground.
Posted by Dave DeBaeremaeker at 7:11 PM