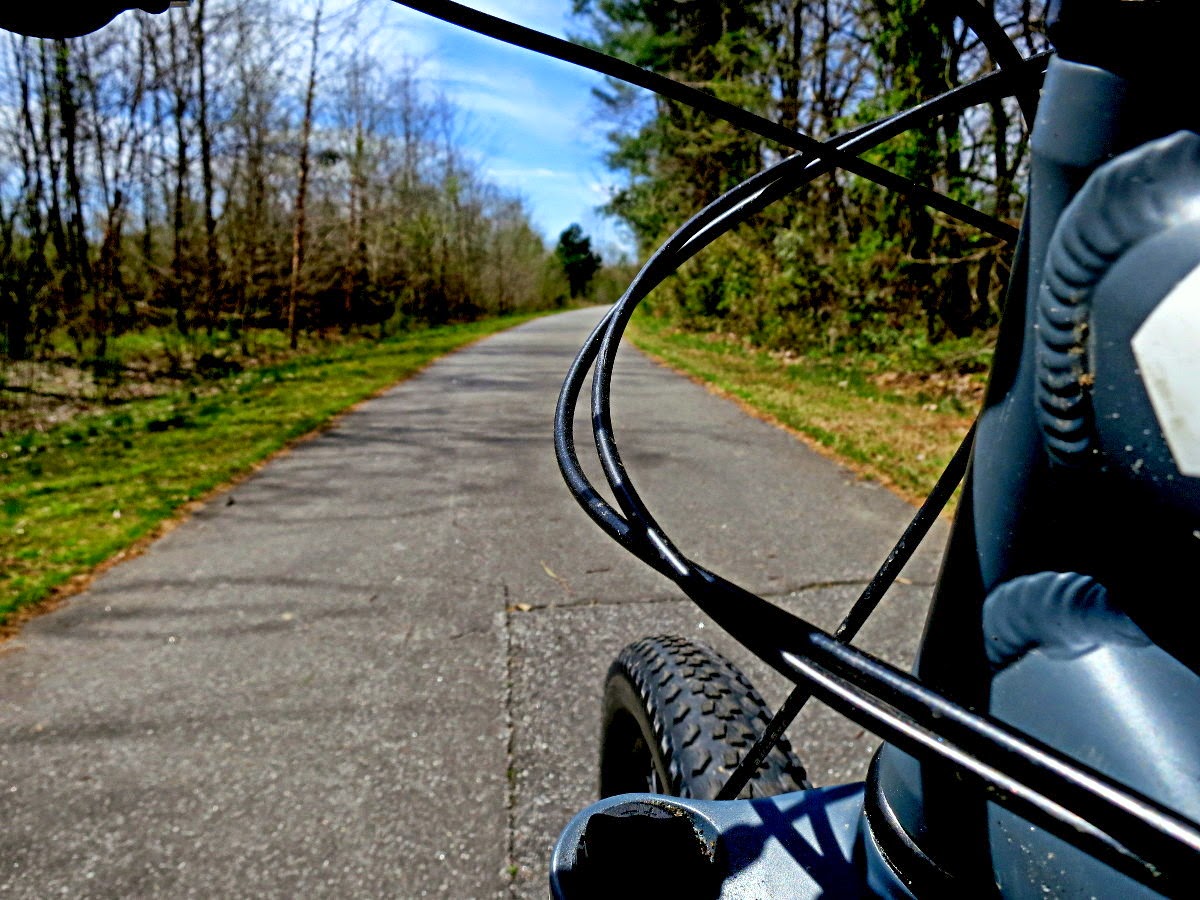 Spring has come, the grass is ris
I wonder where all the flowers is
See the birds fly in the sky
Dropping whitewash in my eye
(I'm just glad that cows don't fly)

It is officially spring in North Carolina. I spent yesterday morning doing manly duties (lawn care and vehicle maintenance). So to celebrate, yesterday afternoon I took my bike over to Morganton to ride along the excellent greenway system they have there.

There were a pair of new geocaches on the greenway that I were published after I was there last, so I planned on hunting those down as well.

When I hit the woods, the first thing I noticed was that these flowers were out in full force.  I think they are a Lilly of some kind (if you know what they are, please let me know in the comments). 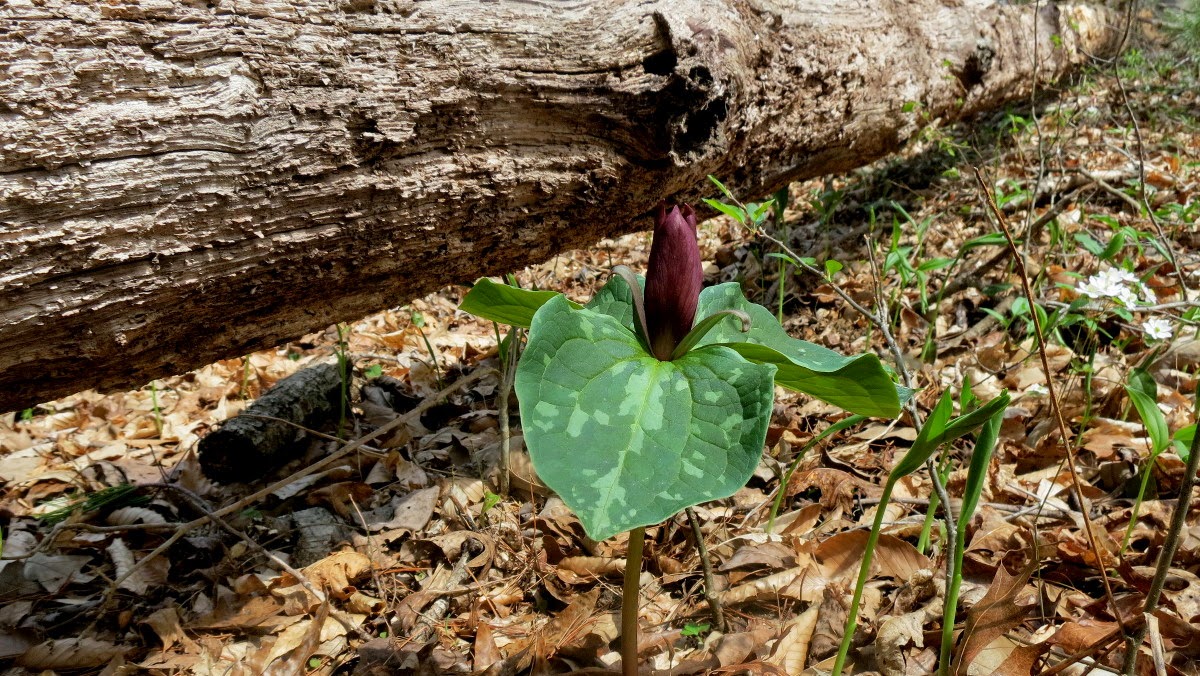 This cache was an easy find about 400ft from the greenway, over a hill and down a valley. These new plastic ammo cans seem to hold up well, all things considered. 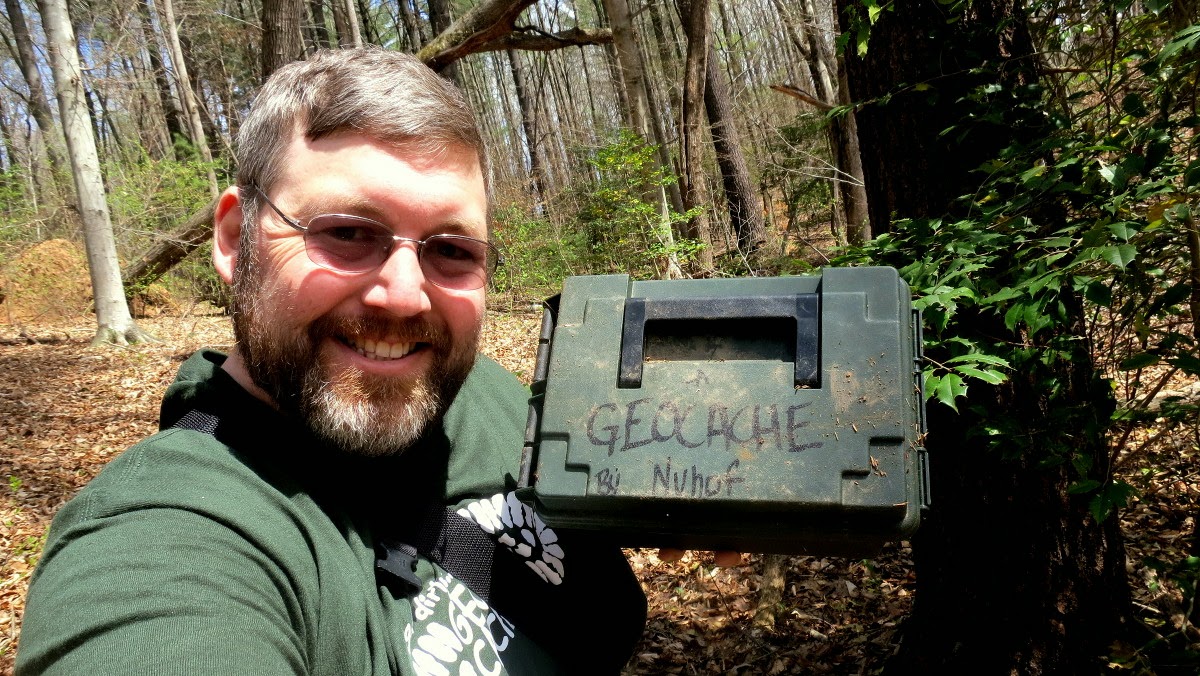 For security reasons I pulled my bike up a 10ft steep embankment and into the woods while I hunted for the geocache.  It does afford a nice view of the greenway trail. 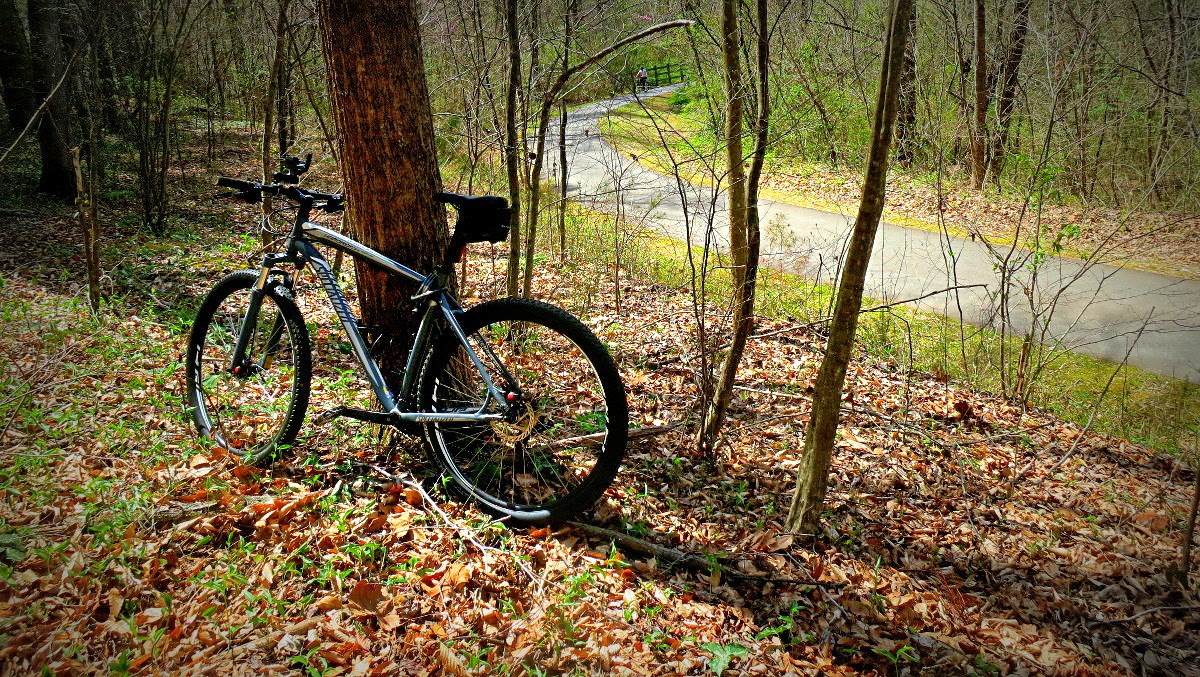 The second cache I found led me to what is now my most favourite place on the greenway.  The greenway follows the Catawba river, but the banks are mostly very steep and full of nasty brush, nasty thorny vines of death, and other general briar and bramble plants that infest North Carolina bush like a plague.   This was at a nice rocky area right on the water.  As you can see it affords some really nice views. Its also well away from the trail itself, so it is quite peaceful. 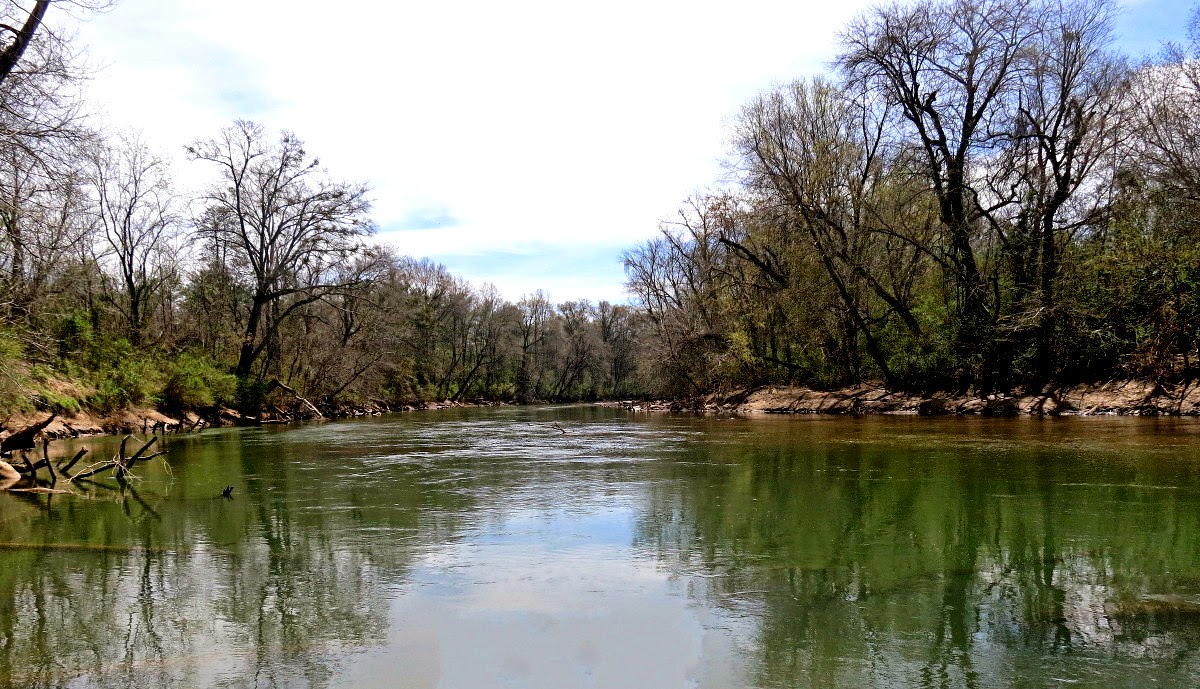 From here I biked to the end of the greenway to get some information for a future geocaching event I am planning.  I then headed all the way back to the Geovan of Destiny, loaded up the bike and drove home.

I had cached the greenway before, and these caches were published since the last time I was here, so I only found the two.  Thats OK tho.  It isn't all about the numbers. Geocaching may not be for everyone but for me getting in an 8 mile bike ride and a pair of smileys, there are few things that I'd rather be doing.

Especially on a beautiful spring day.
Posted by Dave DeBaeremaeker at 1:34 PM

Email ThisBlogThis!Share to TwitterShare to FacebookShare to Pinterest
Labels: Biking, Geocaching, Yours Truly