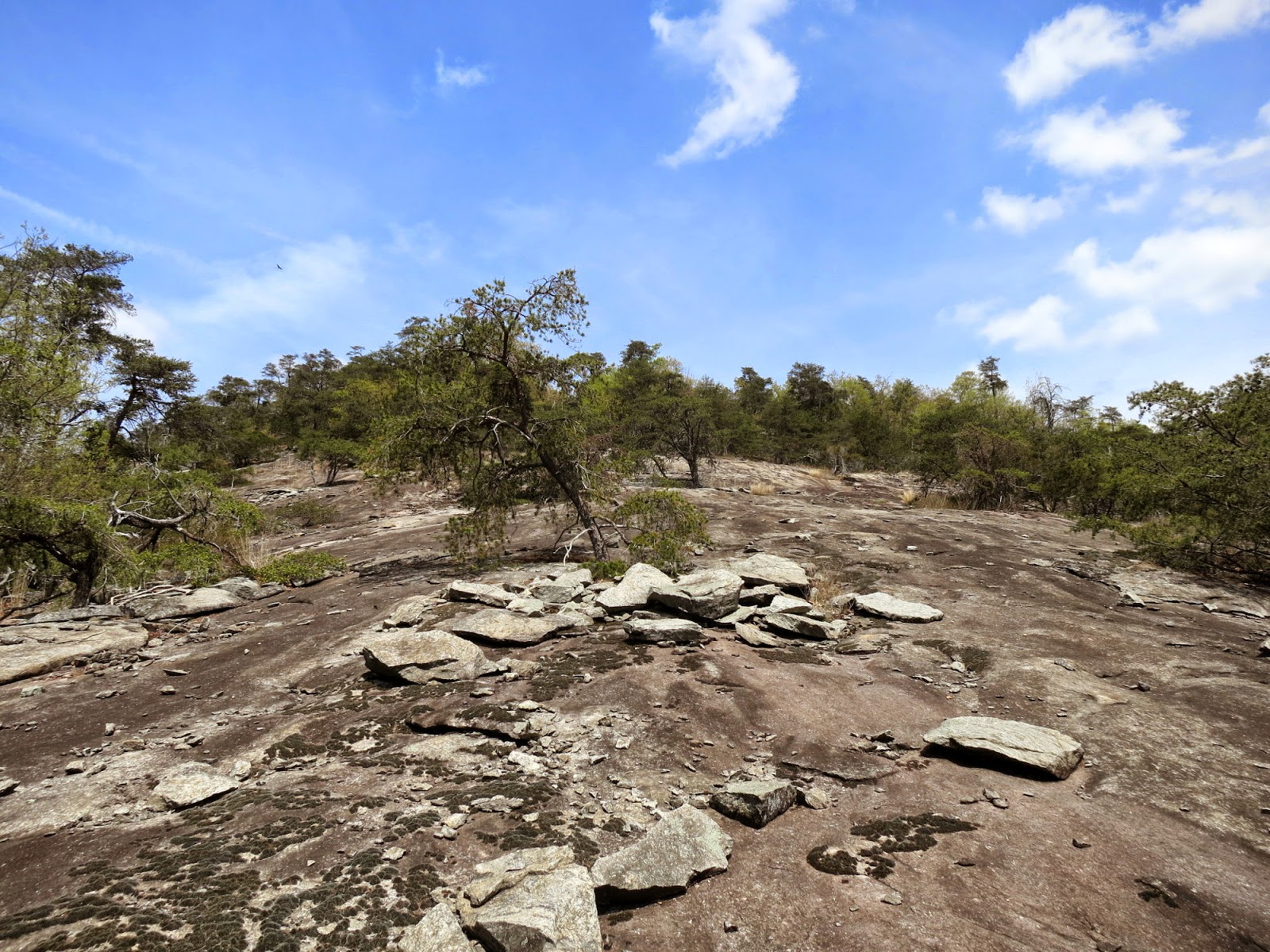 On Sunday I learned exactly why they call it Rocky Face Mountain.

In February I bragged online about clearing out Rocky Face Mountain Park...  a week later a local caching couple by the name 2IceHikers published two more caches there.  On Sunday I made my return to once again clear out the park.

I walked the trails as close as I could to the first cache.  I had to go off-trail, and walk about 200ft along the edge of a large rocky outcropping, to get to ground zero, but I soon had the cache in hand and the log signed.

It was at this point that I had a choice.  To take the trails to the next cache would be well over a mile of trail hiking, however the cache was only 0.4 miles as the crow flies. The shorter distance was almost straight up (400+ft elevation gain), and 100% bushwhacking (tho the description said the woods near the second cache were 'light').  The trails would be longer, but much easier.  I had hiked those trails several times in the past, so I decided to man up and bushwhack over to the second cache location.

So I started to ascend the seemingly endless rocky slope.  As it turns out the rock face goes up at a fairly steep angle the entire 400ft elevation (not sure how far inward it goes, but when I got to the top I was only 1/10th of a  mile closer to my goal).

It was a heck of an ascent - lots of 45deg slopes, and some logs and trees to navigate around.  I was about half-way up when this site came into view. 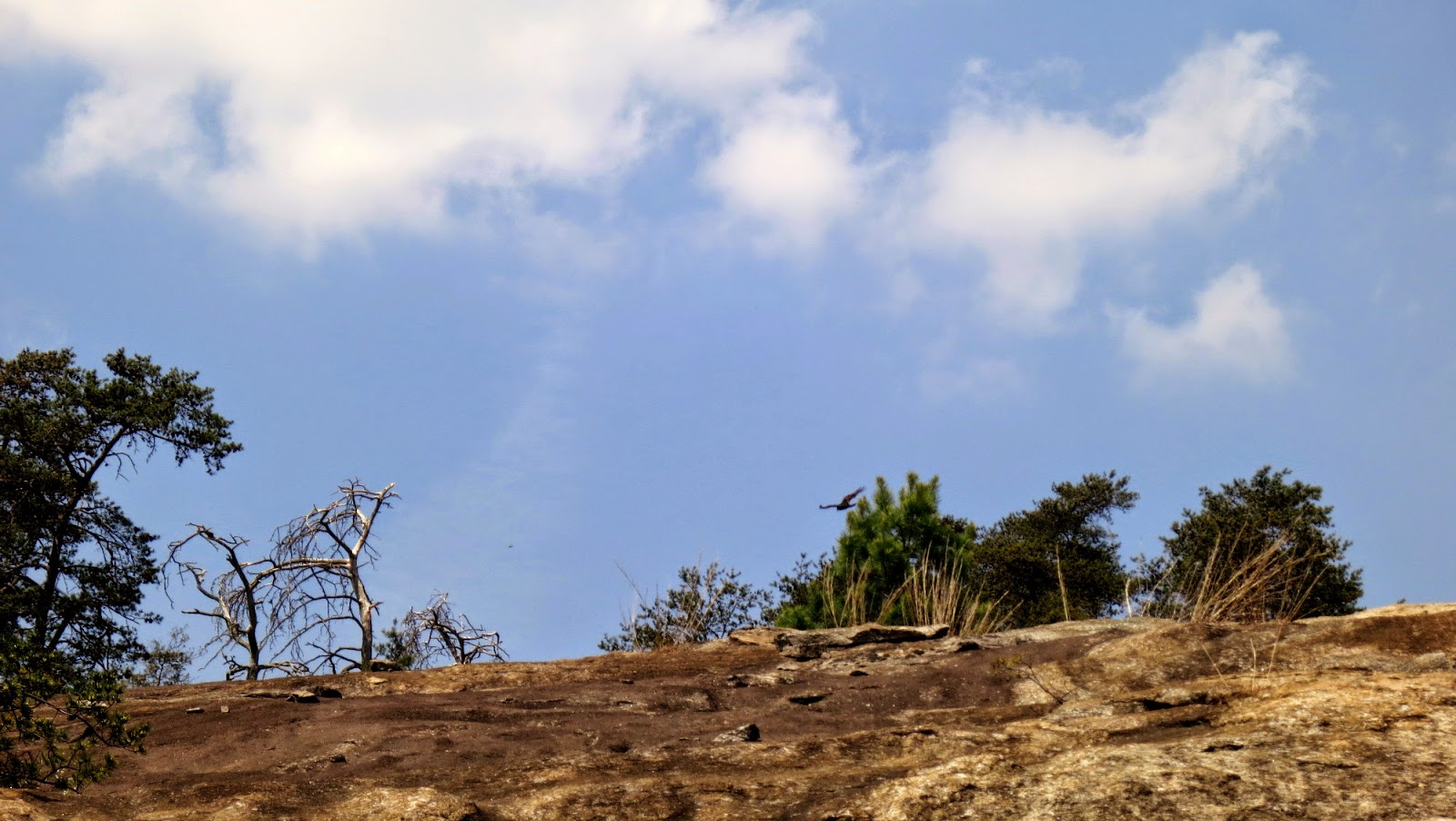 The sharp eyed among you will notice the large bird coming over the horizon.  My first thought was "cool! Eagles... or... vultures... or... something." ... so it turns out my bird identification sucks.

My next thought was that I was in the company of, assuming I was watching eagles, food, in the form of my dog.  Now I don't know much about eagles, so this is likely all very silly in retrospect, but at the time I was rather concerned.  I knew some eagles have been known to attack animals as large as deer, so my 40lb dog was no match for such winged beasts.  Also I had just read The Hobbit, in which giant eagles featured heavily.  All this is to say I felt a tad bit of fear for my trusted companion, and kept her close, as I continued on up the rocks.

There were a half dozen of these winged beasts in the air, and I got lots of views like this one: 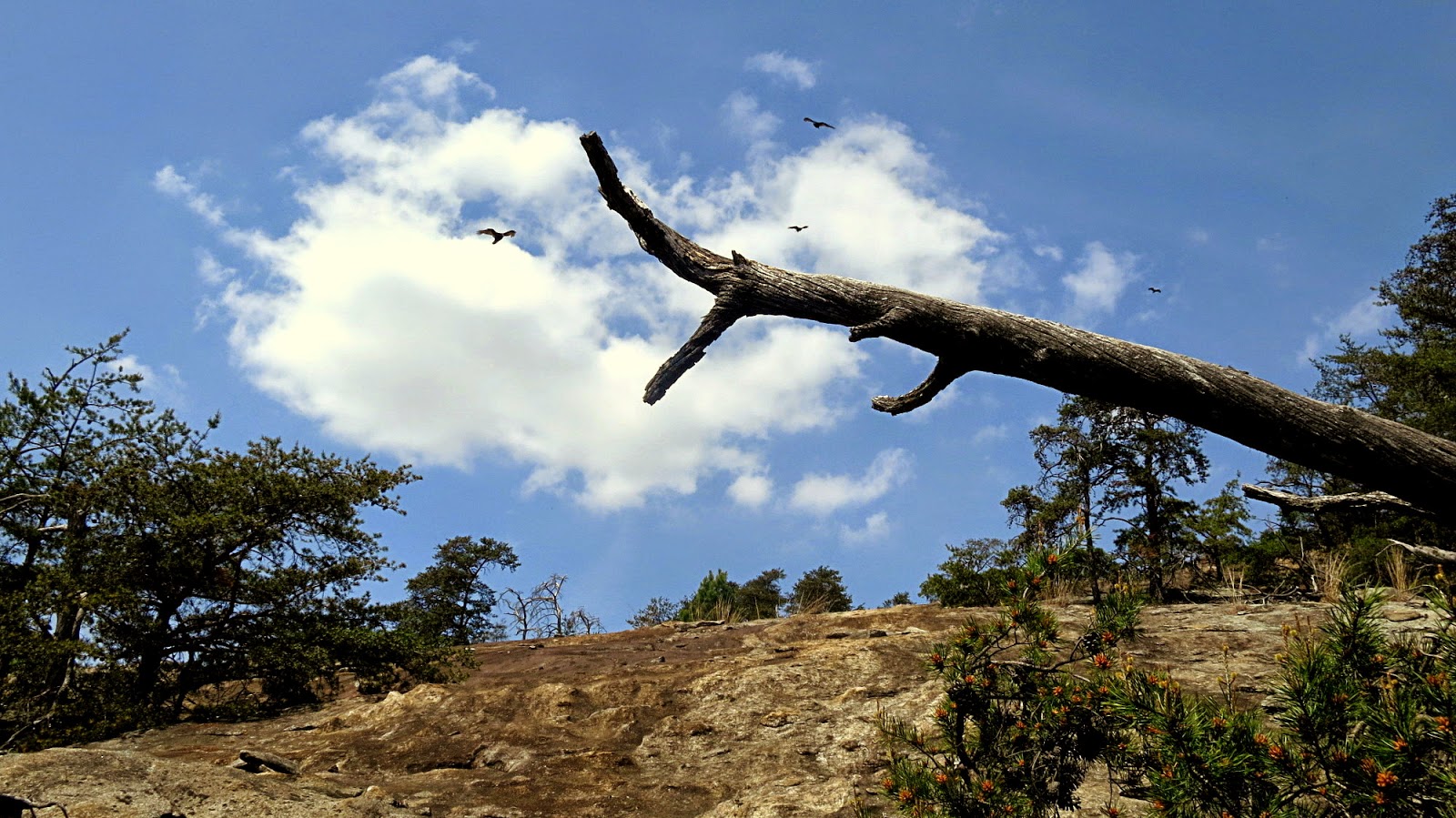 I must confess, by the time I got to the top I felt like Gandalf leading the hobbits (aka Bailey) to safety from the wraiths - I may be a grown man, but there is *nothing* wrong with my imagination, thank you very much. (I wish I could say the same for my bird identification skills).

Once I got to the top I took a moment to admire the view, and to take a selfie (notice that Bailey is on leash, and kept close to me). 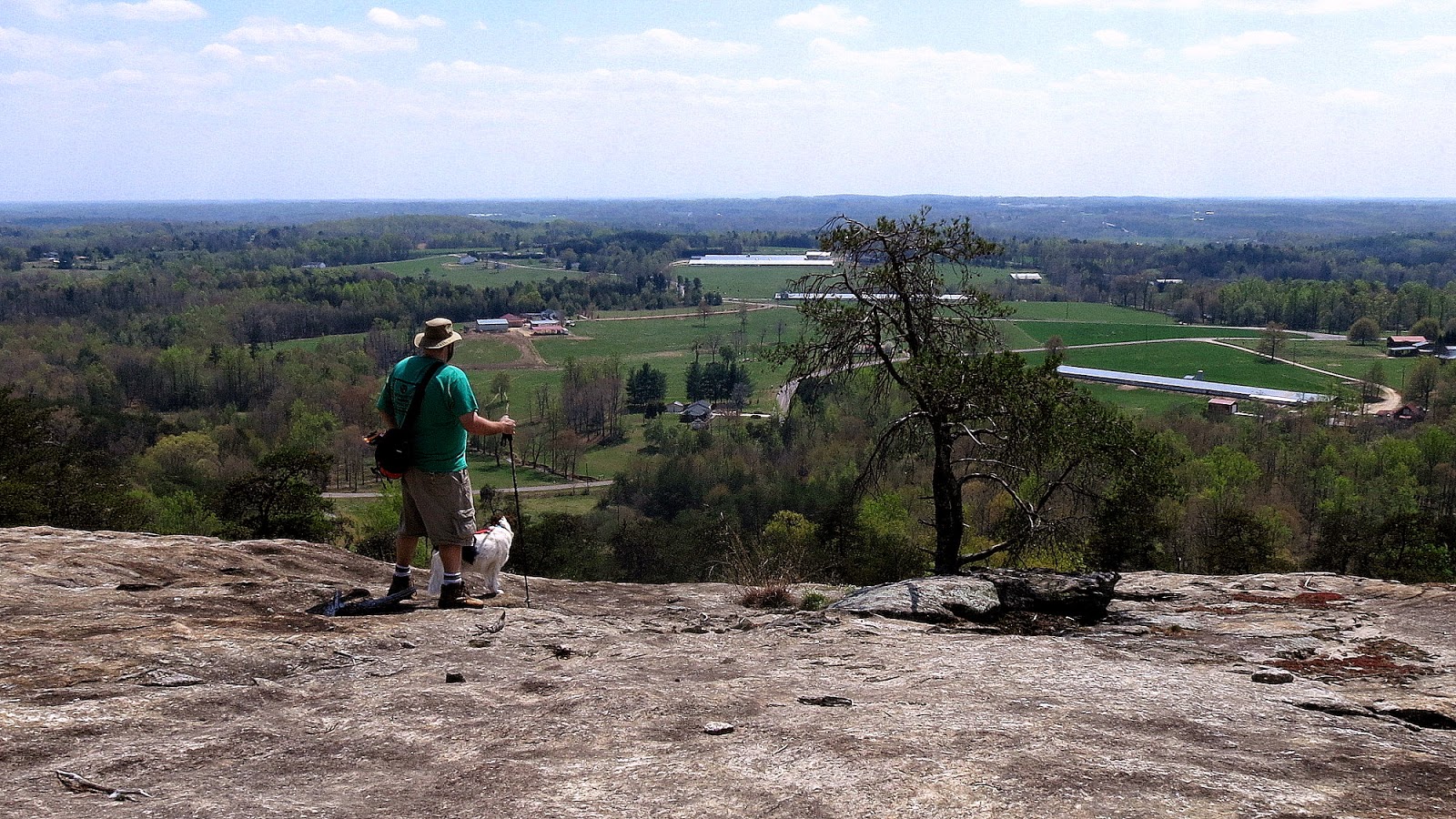 Since I was near the summit, I headed laterally across the mountain into the woods to bushwhack the 1500ft or so to GZ.  I quickly found the cache.  Mission now accomplished I located the nearest path, and took the longer, easier way, back to parking.

It was a grueling climb - I can feel it in my legs today - but I am glad I did.  I didn't see a solitary soul on the way up the side of the mountain, but I must have passed 30+ people while walking back to the Geovan Of Destiny.  A solitary hike through nature is much better for the soul than a crowded one.

So now Rocky Face Mountain Park is clear of caches once again.  Your turn, 2IceHikers.  I await your next move.
Posted by Dave DeBaeremaeker at 9:57 PM