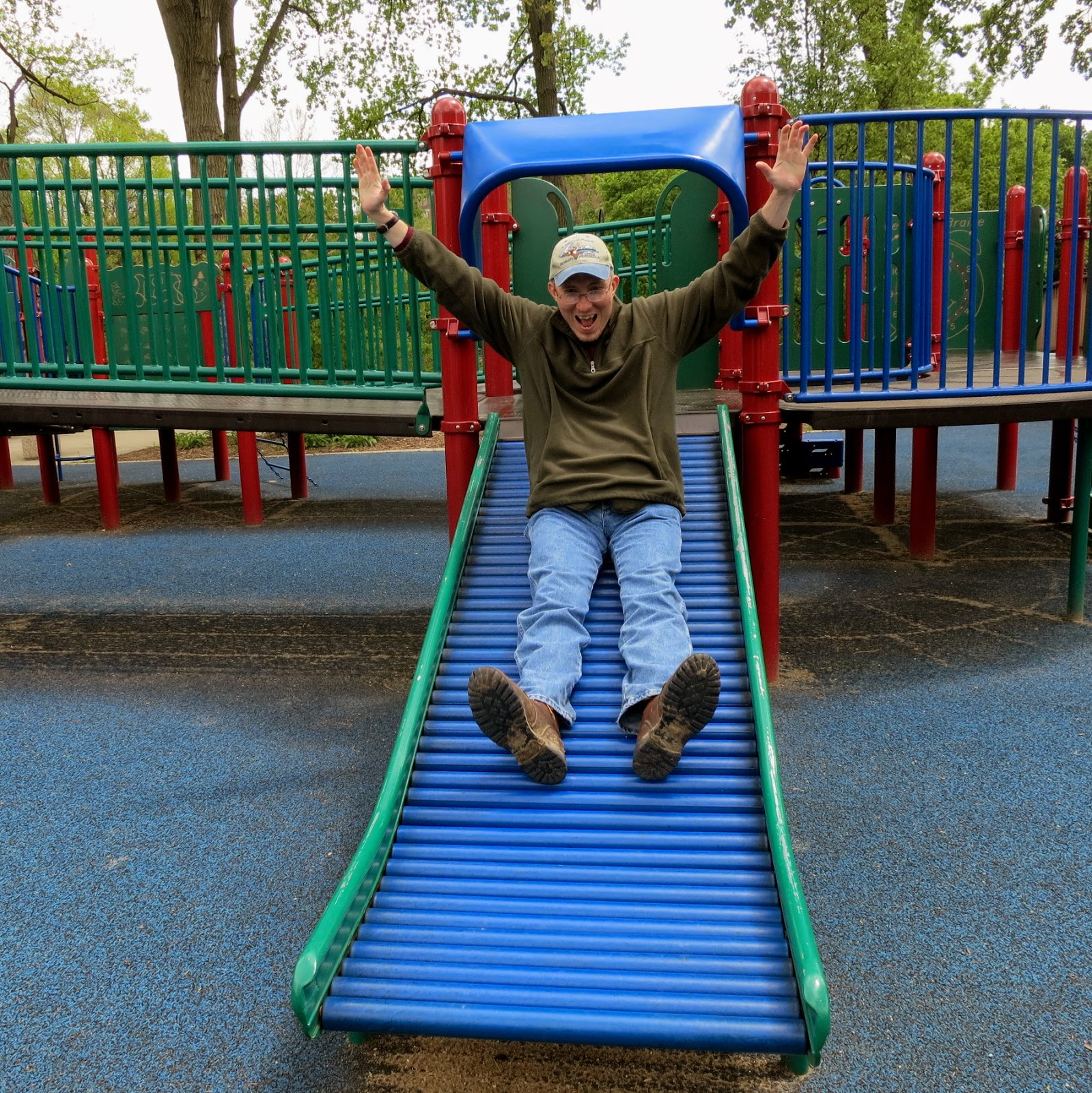 It always pays to have a local guide when you visit an area.

My guide for the Illinois portion of my trip was by a local geocacher by the name of ewald.

ewald is an Illinois native, and an all round good guy.  We hang out online all the time - virtual office mates - but we've not met in person until this trip.

As you expected we got in a lot of geocaching together.  He also showed us this amazing park in the middle of Naperville IL, where the kids, both big and small, could get in some play time.

Once the younger kids played themselves out and headed off for nap time, he took me on a geocaching tour of the park - showing me some hidden containers, and told me some history of the area.

One of the coolest features of the park is the river walk, which is exactly as it sounds, a sidewalk that runs right along the edge of the river that snakes through the area.  The water flows pretty fast, and there are no railings, so you always have the sense that a wrong step will cause you to get rather wet rather fast. 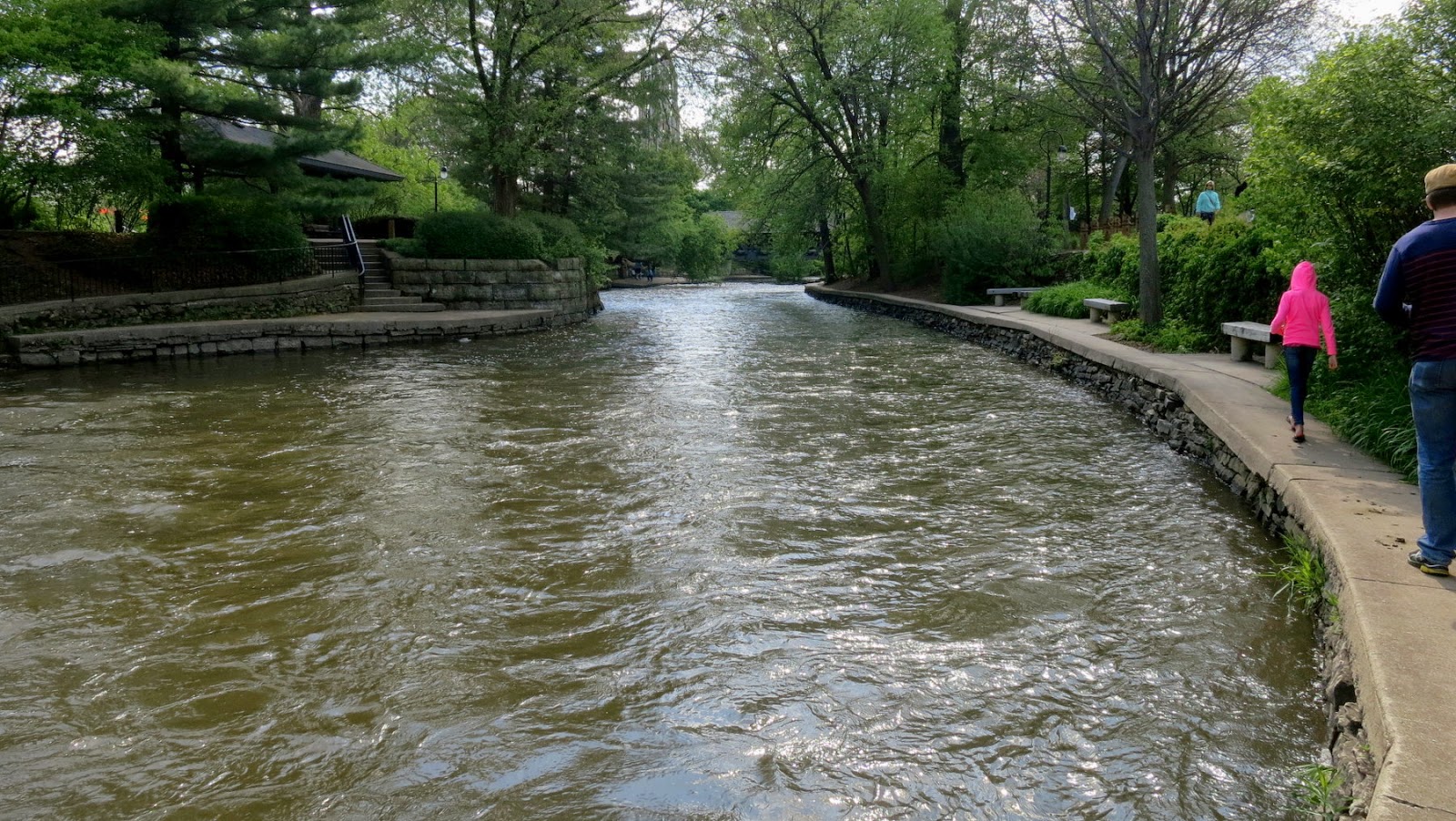 After exploring the park we decided to try a Dr. Seuss themed in-field puzzle cache near the local library.  The first stage was solved by gathering information near this statue of the Cat In The Hat. 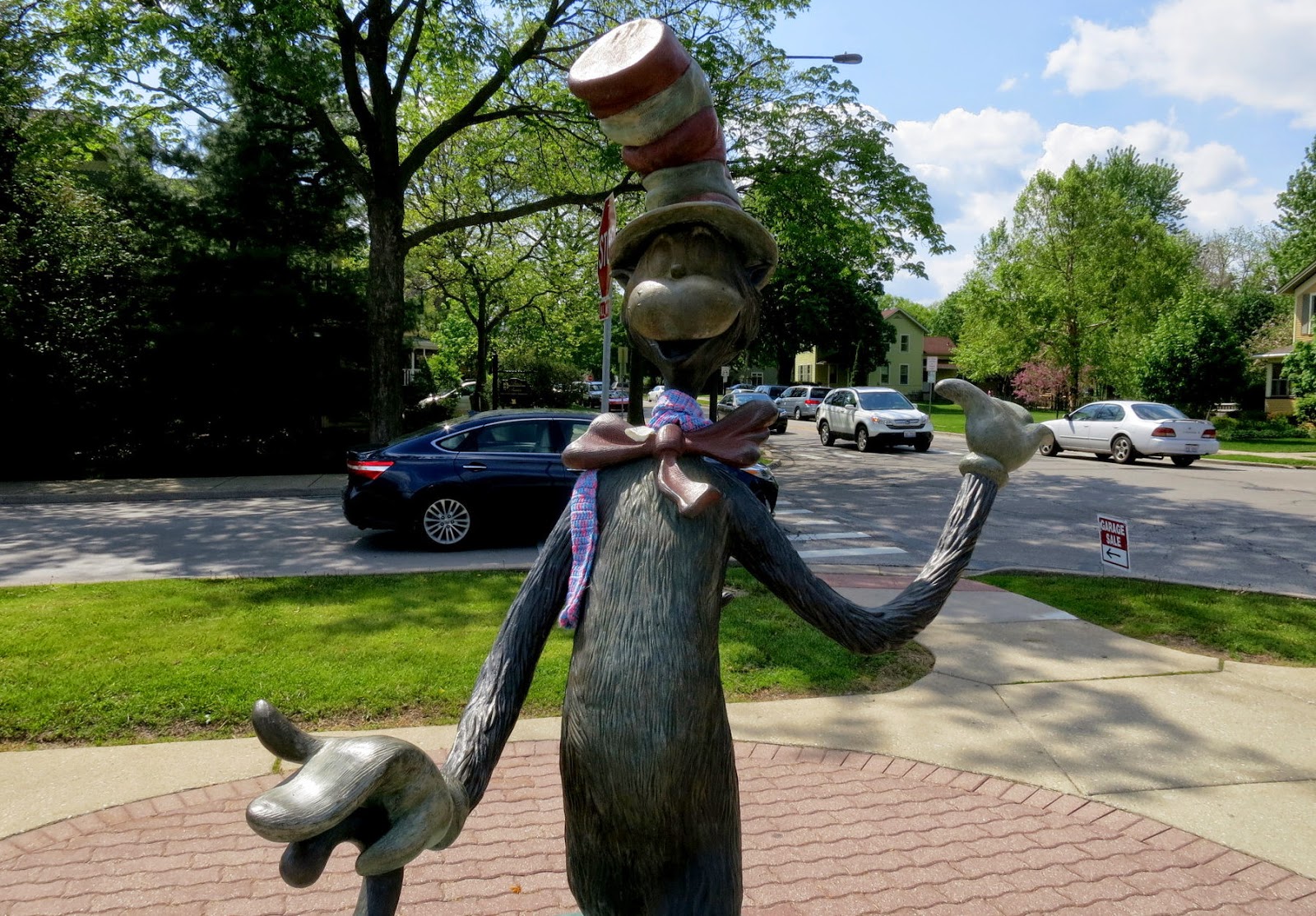 The second stage was actually in the library, in the [redacted] section in a [redacted].  Trust me, it was very cool. You would have loved it!

The next day we were due to head out of town, but we had one more cache to get:  the oldest cache in Illinois, and the third oldest active cache in the world, by the name of Beverly (GC28).  He met us in the parking lot, and we walked through some amazing woods, and open fields, and signed the log on the elder cache.  It was hidden just 10 days after the first ever cache was placed in Oregon, so it was a brush with ancient Geocaching history - gotta love those. 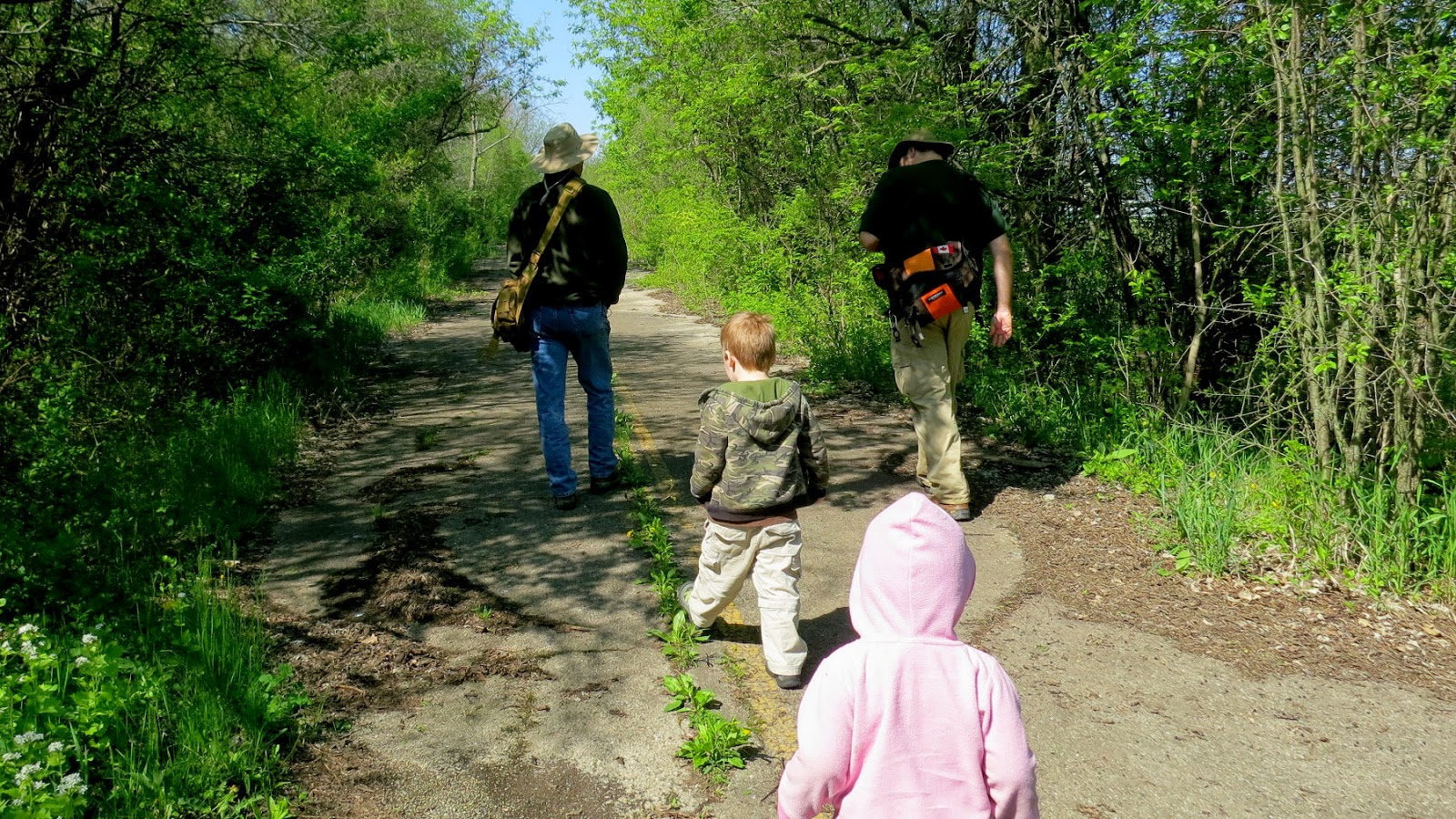 After we got back to the car we parted ways. He went exploring some more, we headed north to [redacted]. Yes, *that* [redacted].

Naperville is a really neat town.  If you're ever in Illinois you'd be doing yourself a favour by checking it out for yourself.  If you are there and you need a guide, and no one can help you, and you can find him, maybe you too can cache with the ewald.

As for us, we are on to our next adventure. What will it be?  I don't know (actually I do, but I'm playing dumb (yeah, "playing", thats it) for the moment to avoid spoilers), but based on how this trip is going so far, its gonna be a fun one. 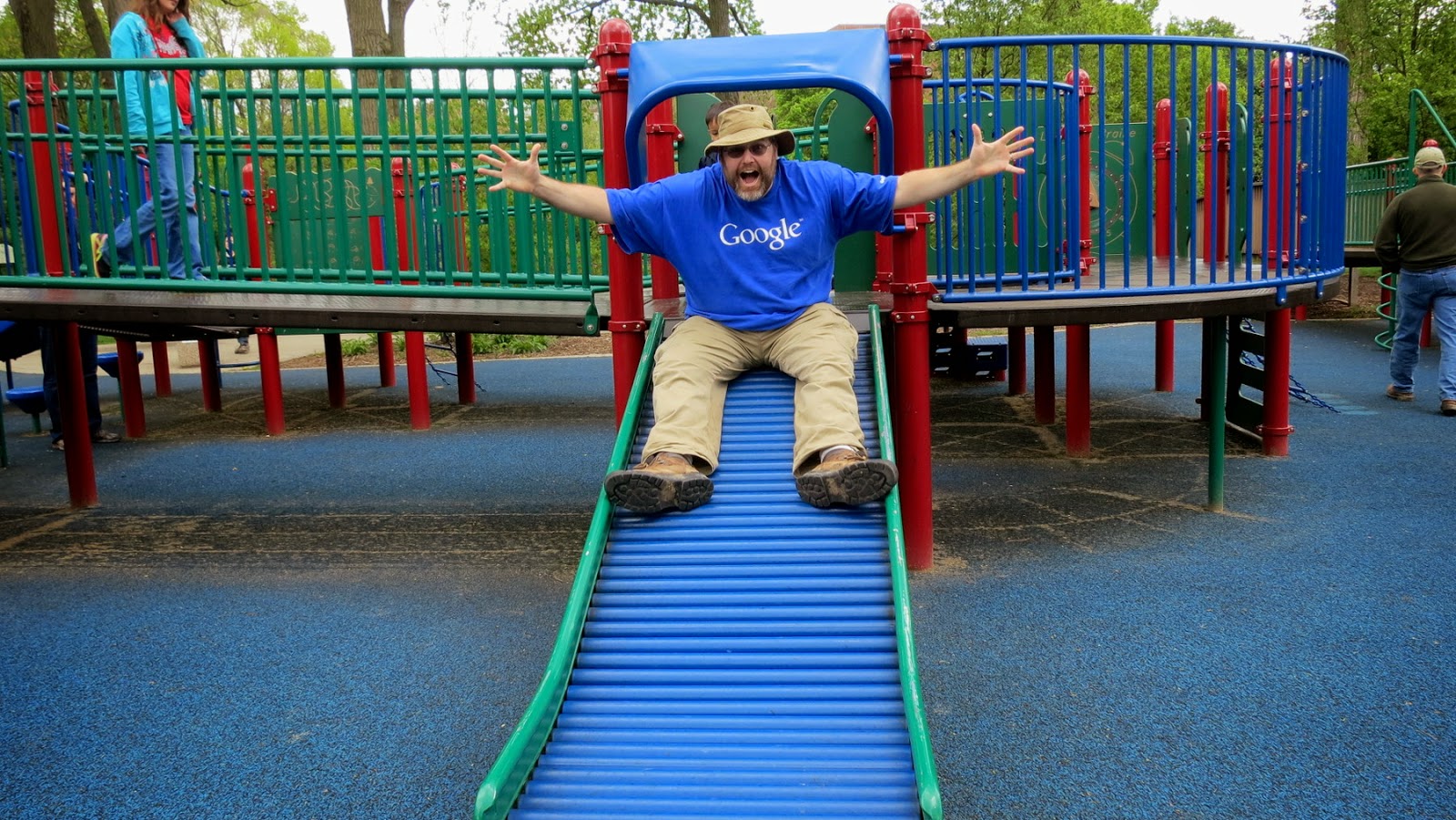