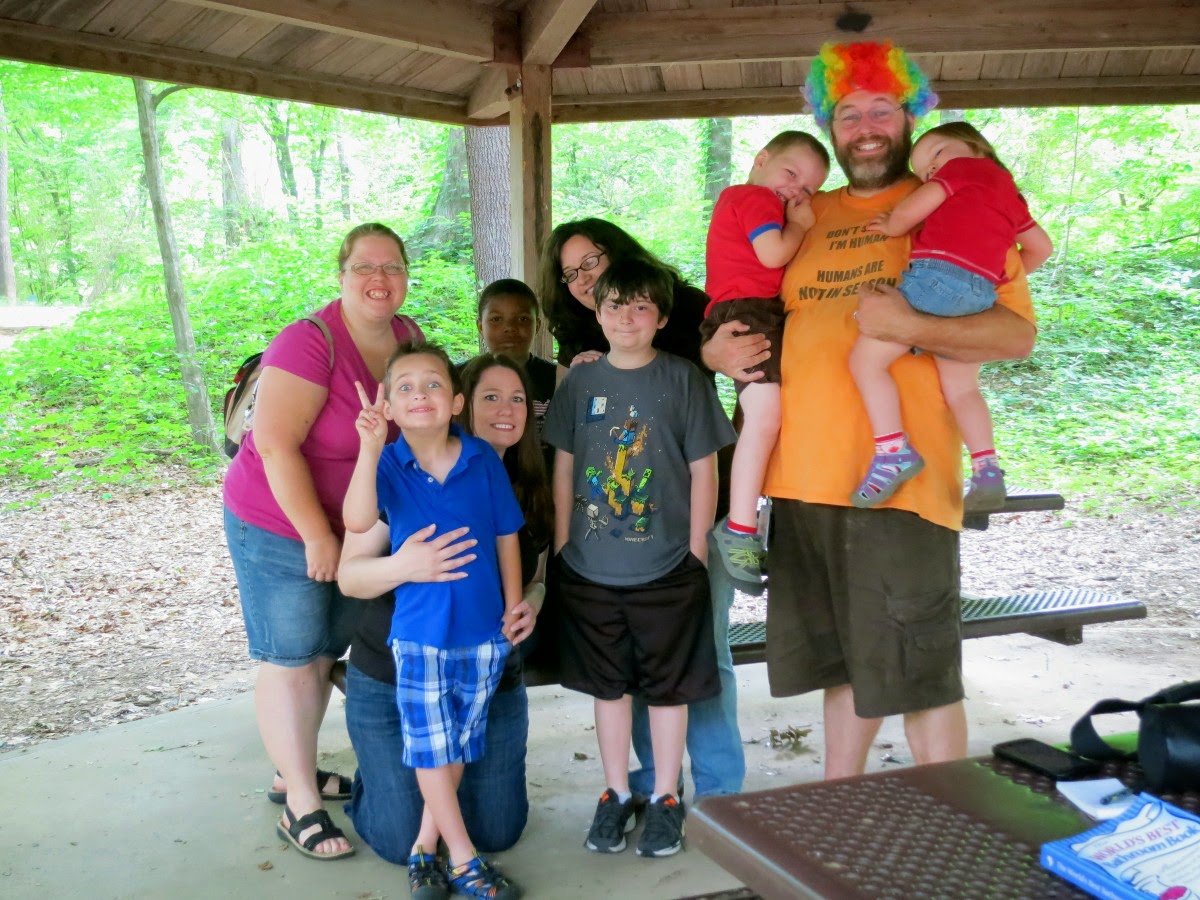 A geocaching flash mob is where geocachers meet in one spot for 15 short minutes.  Show up, do something, leave - in a flash, one might say.

I hosted a flashmob in Morganton NC.  It was joke themed.  Everyone who showed up cracked jokes for 10 minutes, then we took a group photo.

I held mine a bit early so we could have time to attend one of the other WWFM events in Asheville NC.

That WWFM was a giant water gun fight.  We fought for 5 minutes, signed logs and chatted for 5 minutes, did a group photo for 5 minutes, then dispersed (aka went geocaching).  The following is a series of pics from the second event, starting with Abigail marching towards battle. 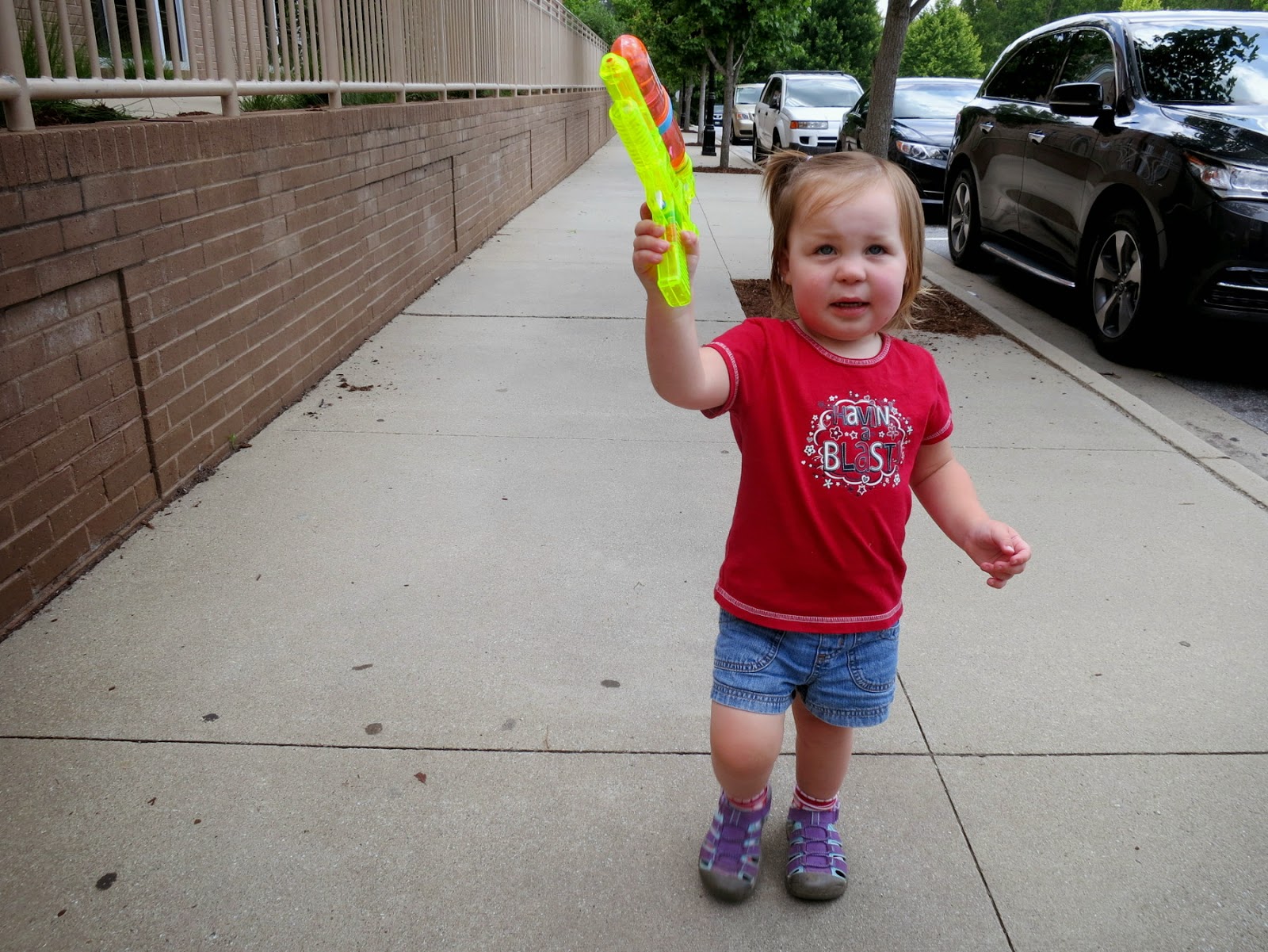 The first shot was made by the host, OzGuff: 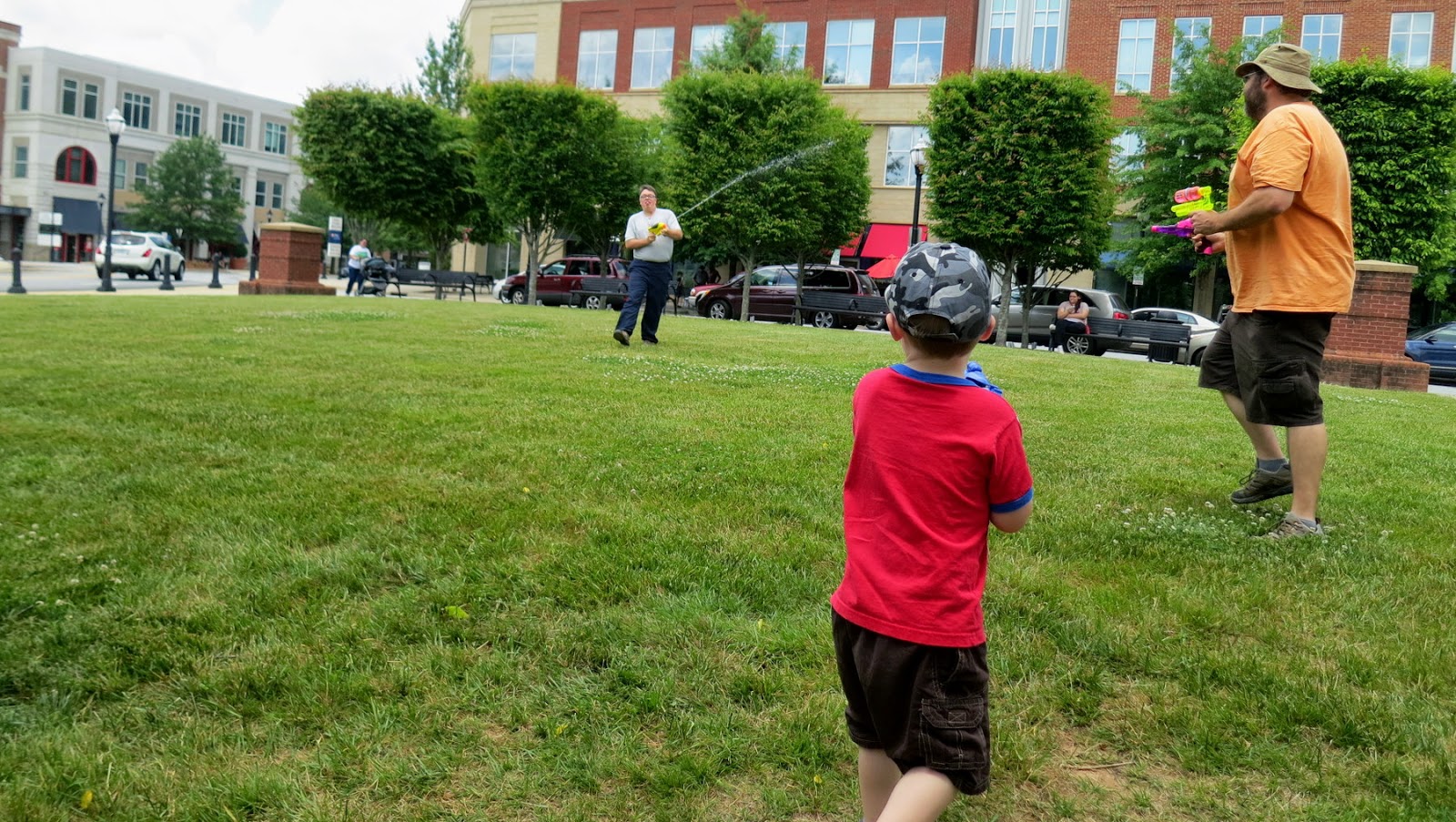 Others enter the fray. 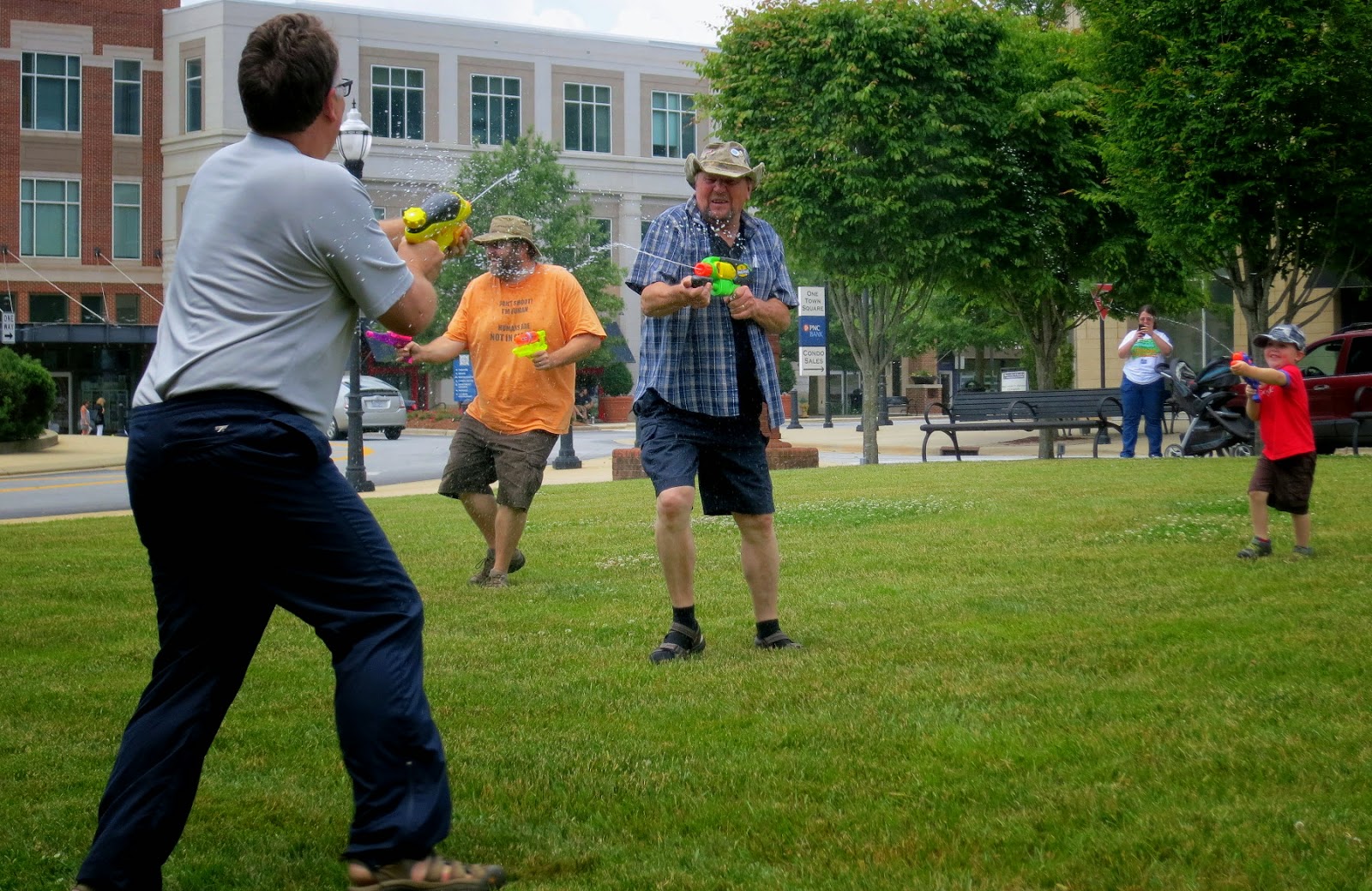 Yours Truly getting shot in the back... by my own son, no less. 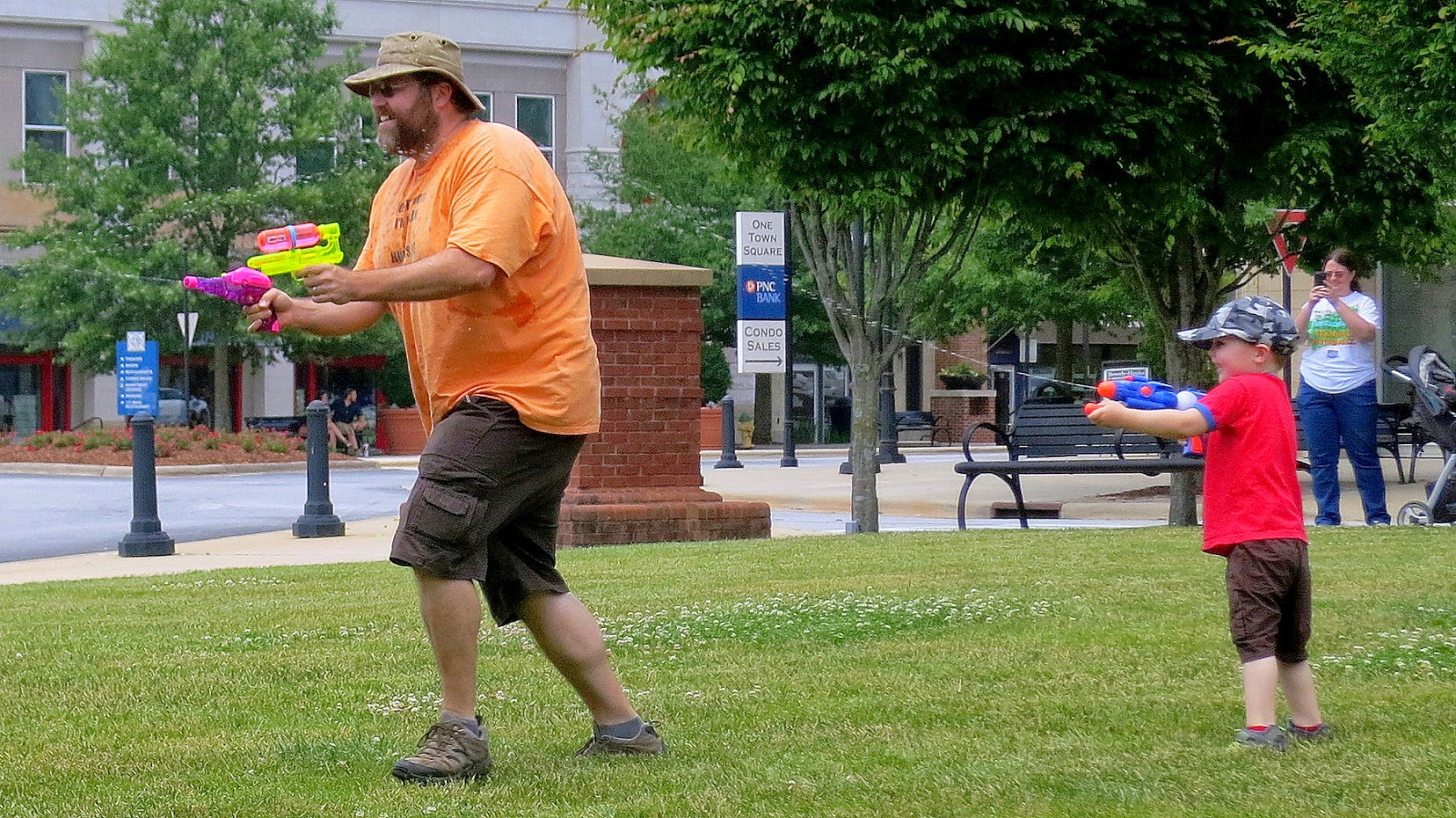 Its a full on water gun war now. 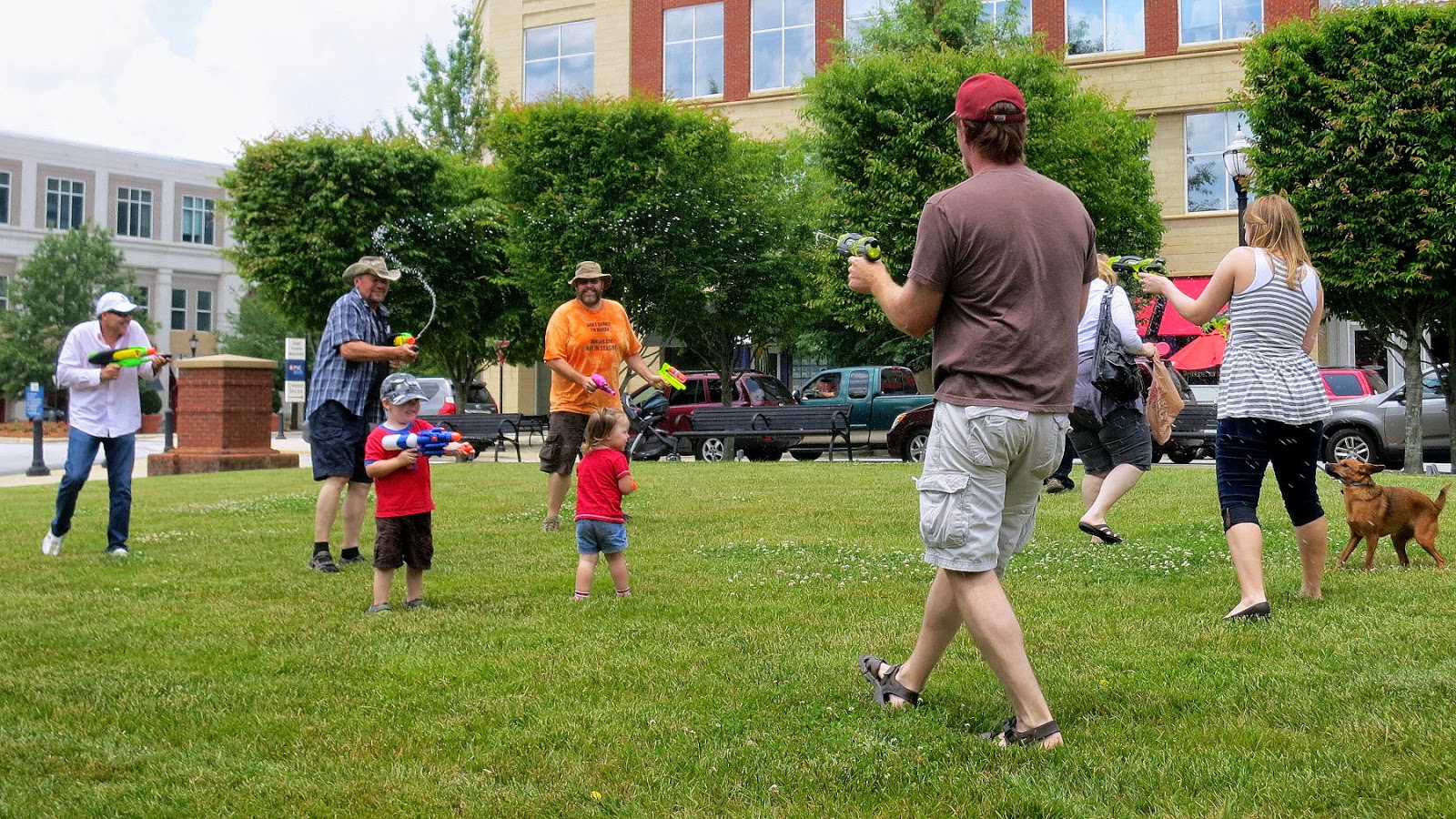 OzGuff and Zeke having a stare down. 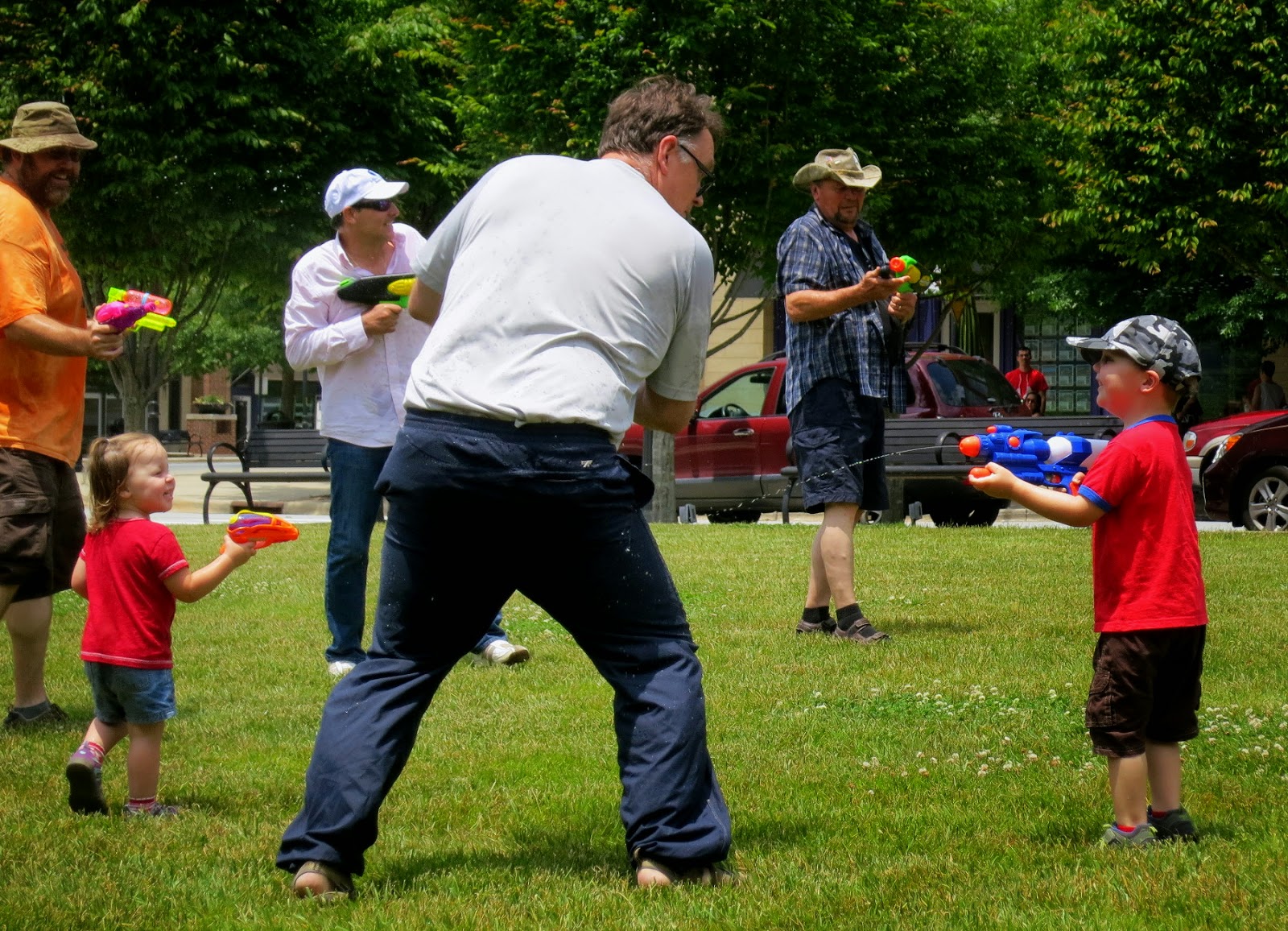 Zeke and Abigail giving it their all.  Despite being outsized and packing kid-sized weaponry, they did really well.  Both had a blast. 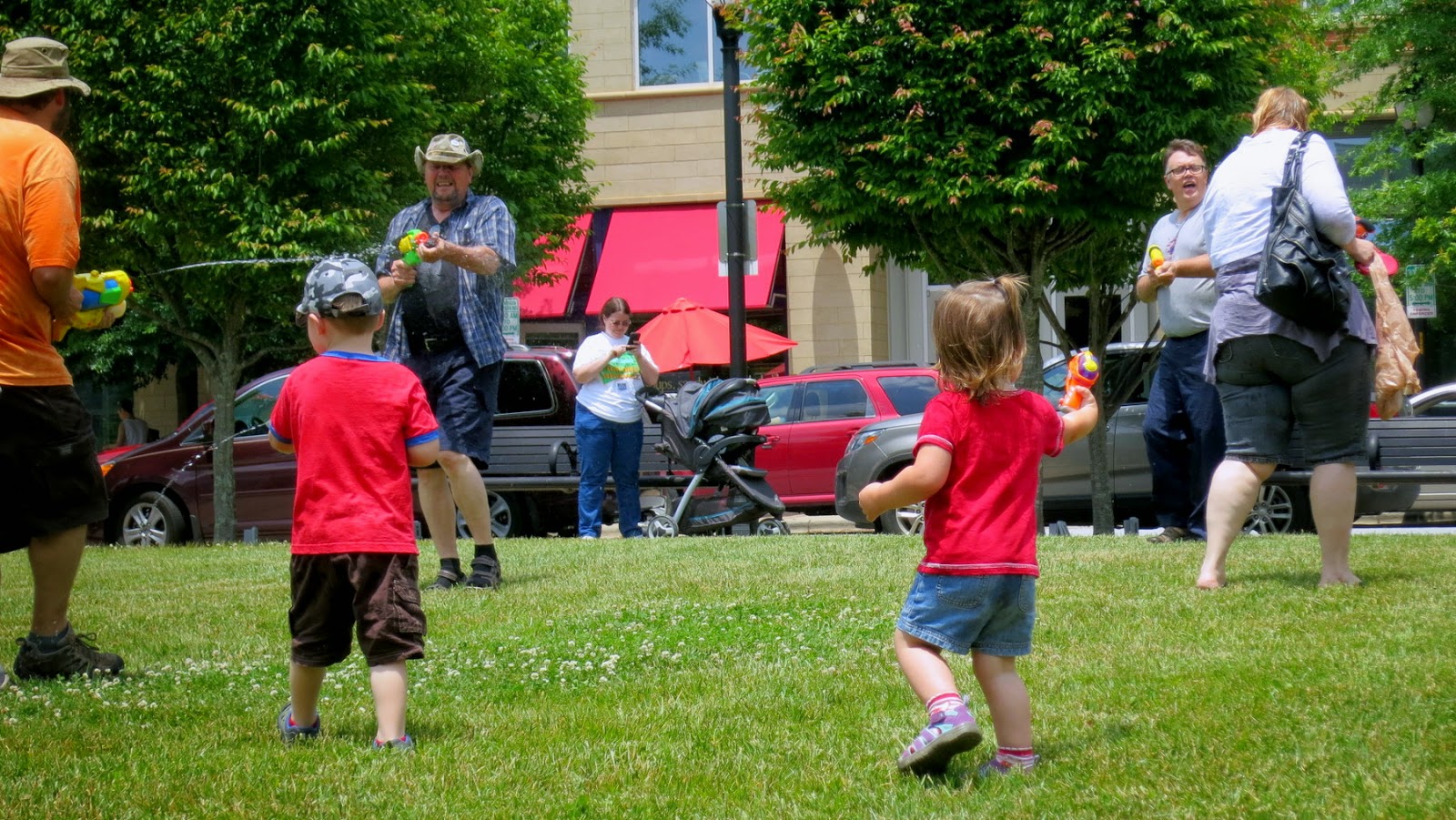 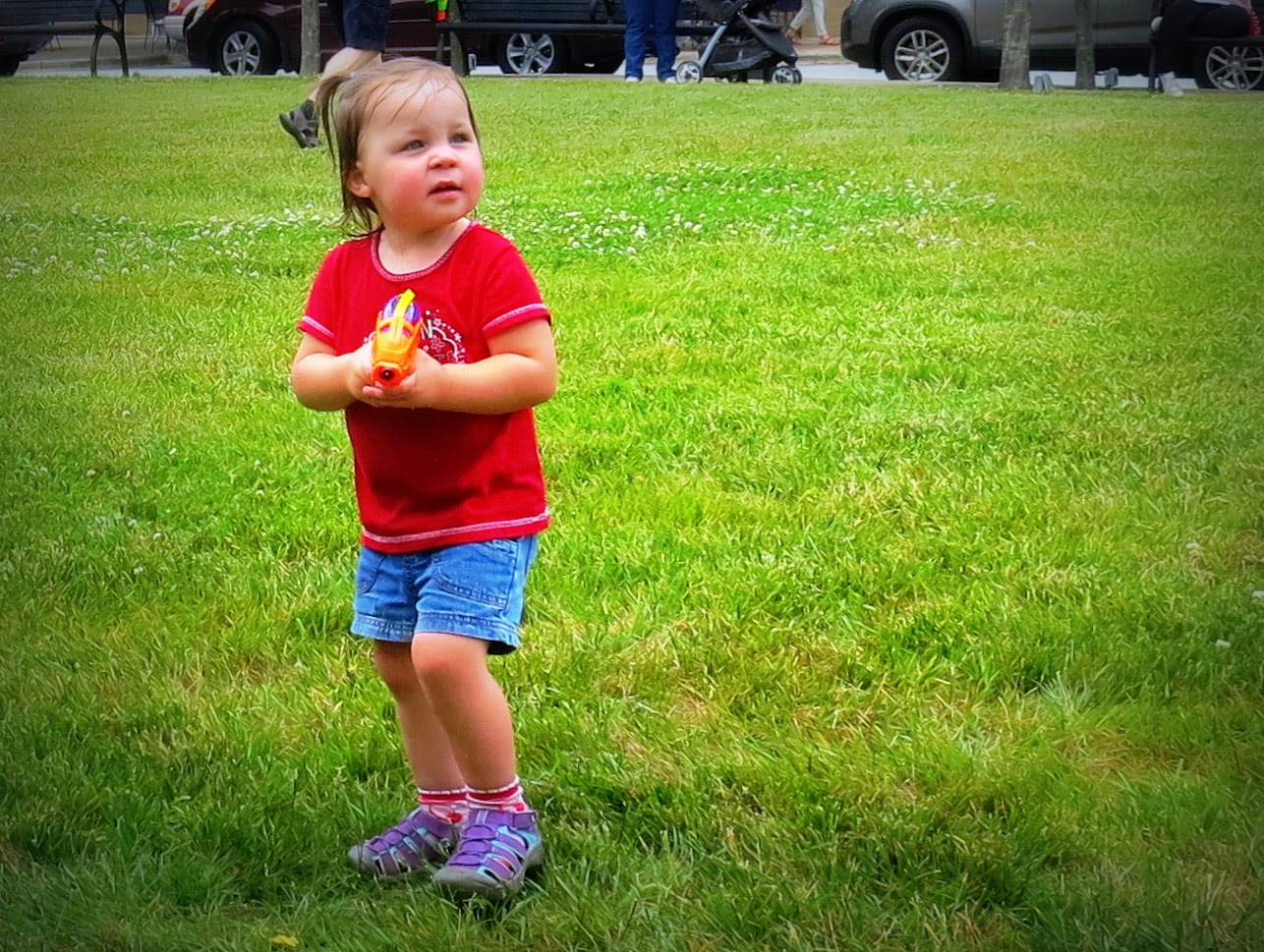 After the battle was over, we all settled in for a group photo. 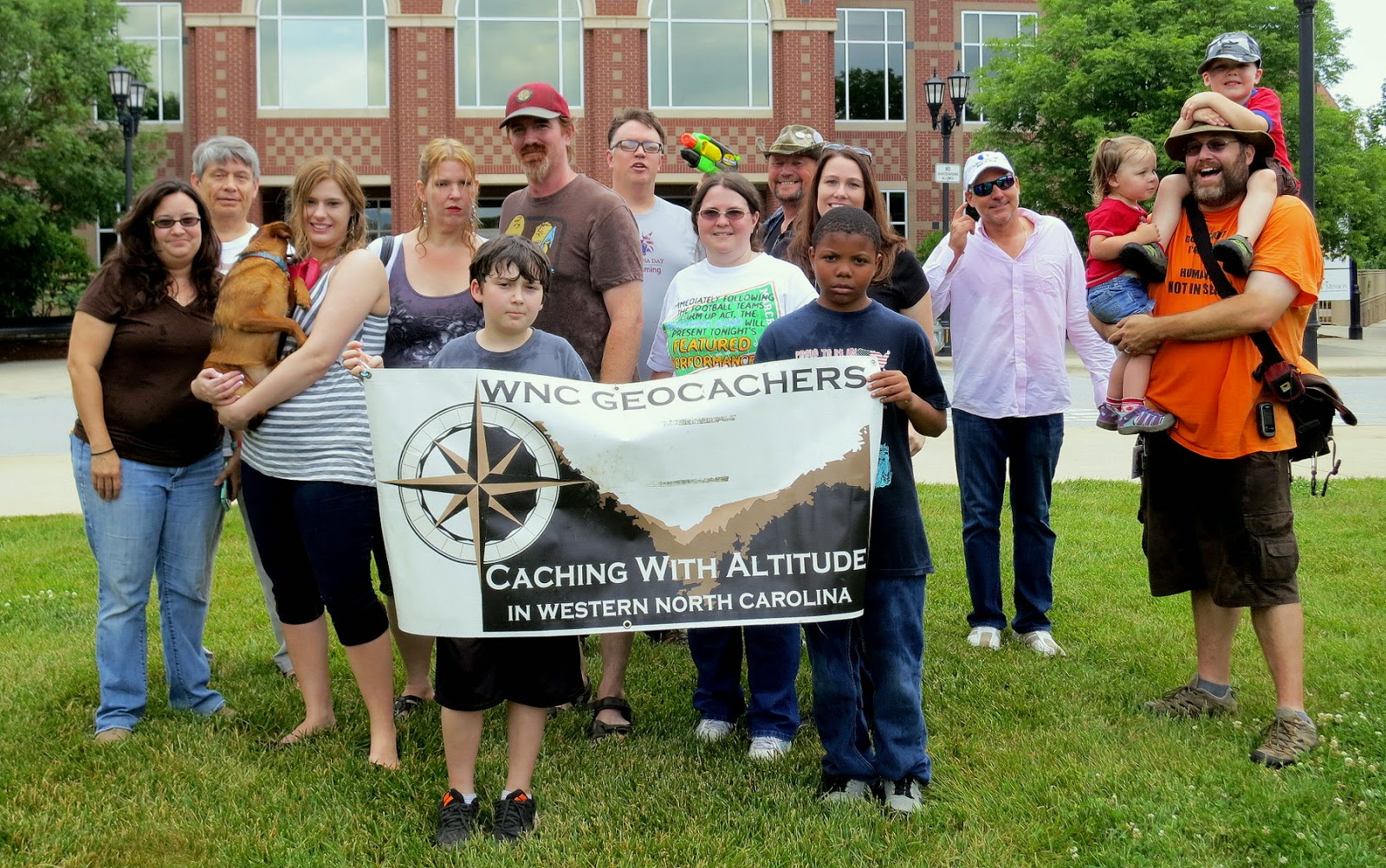 This was a great deal of fun.  Water gun fights are cool (literally) a blast (metaphorically) and a great way to spend 15 minutes on a Saturday.  Thanks to OzGuff for hosting this event, and for everyone who showed up to either of the WWFM events on Saturday.  Definitely one for the memory books.
Posted by Dave DeBaeremaeker at 5:49 PM