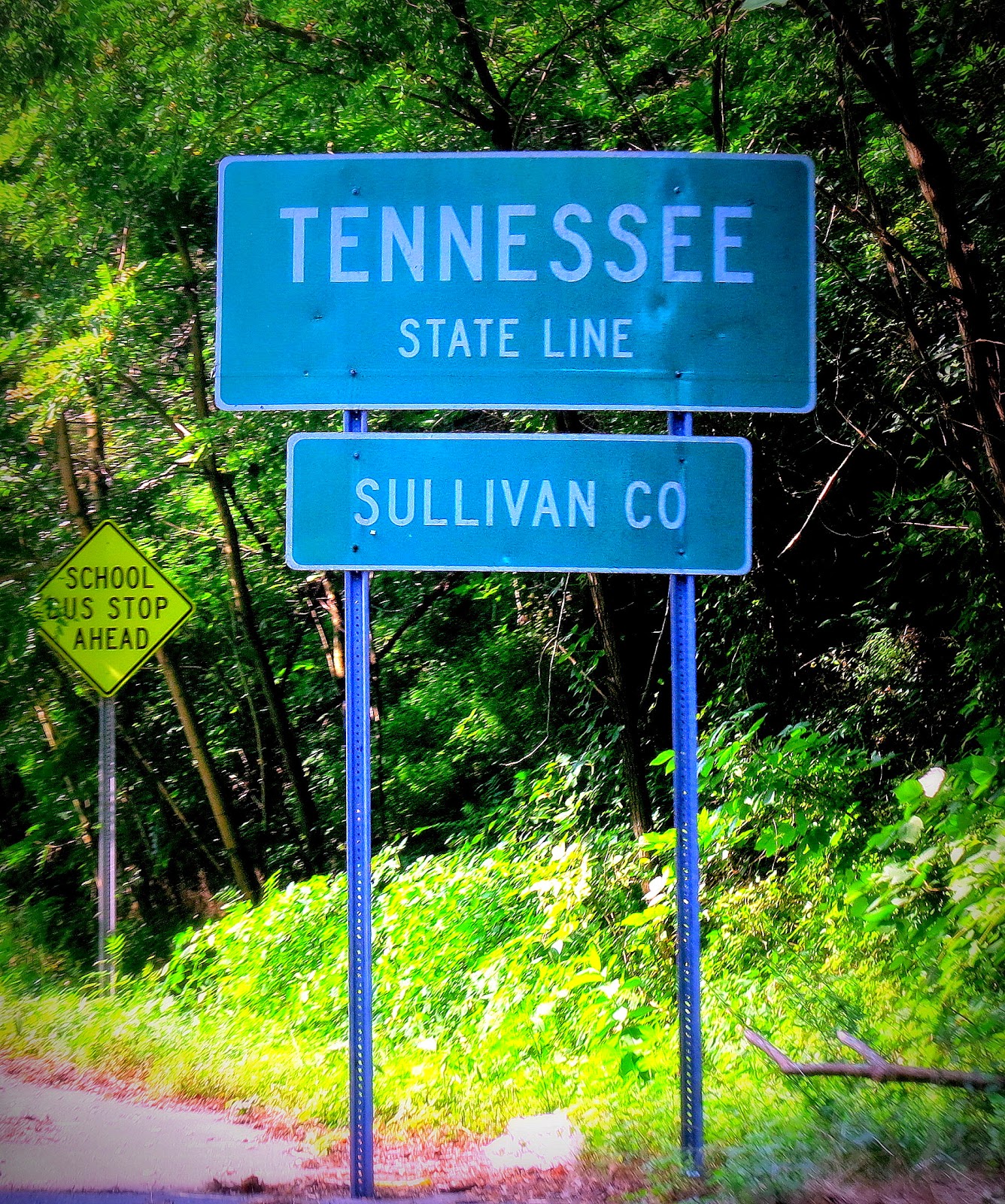 Last weekend I spent geocaching in Tennessee with 4 other North Carolina cachers.  Our goal was to do some of the power trails near Bristol.

It all started a few weeks ago when a local cacher named NinjaChimpunk put a call out on a local geocaching group wondering if anyone would be up for such an adventure as this.  I signed up immediately (after getting permission from my wife), and a few others jumped in as well.  We quickly had a team, and started making plans.

Several of the cachers are from a fair distance away, and my house is the closest to Tennessee, so 3 of them crashed at my house Friday night.  The other met us at 5am Saturday morning, and we all piled into the Geovan of Destiny, and drive the 2 hours thru the dark to our chosen hunting grounds. 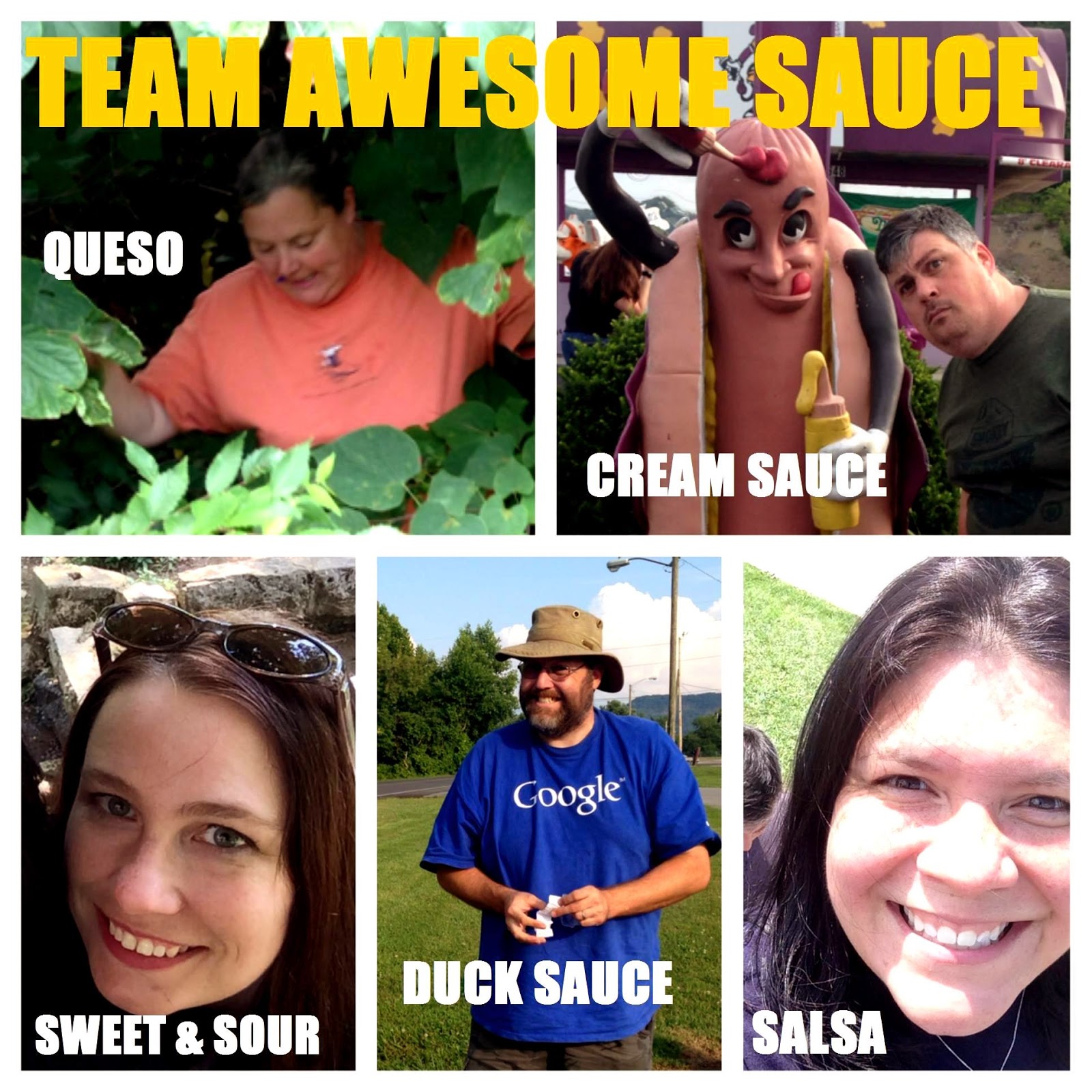 Somewhere along the way we picked sauce themed nick names for ourselves (would you expect anything else from a group of geeky folks engaged in a geeky activity?)

I picked Duck Sauce for myself, tho in retrospect I realized it may be confused as an homage to Duck Dynasty.  Let me tell you, it isn't.

We arrived at the start of the first power trail just after breakfast, and we quickly assumed roles.  driver, navigator, jumper, cache signer etc.  We soon got our rhythm figured out and were signing log sheets left and right.

However this was to be short lived, and fate was about to toss us a curveball.

We found about 50 caches or so when we started noticing that the vans brakes were acting funny and overheating. All that stopping and starting was kicking the crap out of them.

50 more caches and the brakes gave in completely, and started grinding.  We made the decision to abandon the trail and head to a garage to get the brakes fixed.

Fortunately the repair shop had the van fixed in a couple hours (two new rotors, two new pads), and we were back in business.

We spent the rest of the day geocaching along the highway, finding caches on signs, and hidden in guardrails. 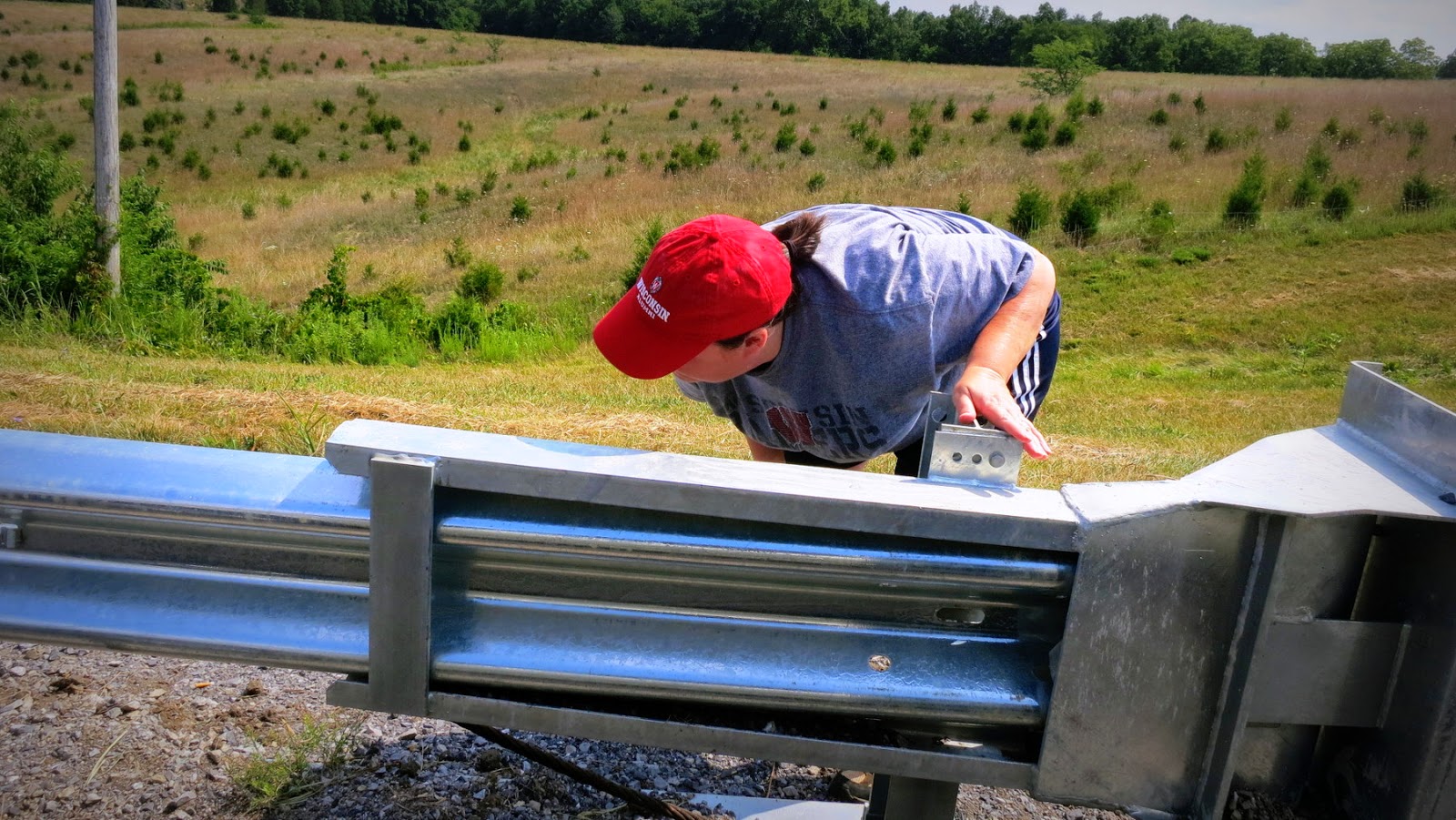 We had a few other must-do caches on our list as well, so from time to time we took a break from the power trail to take in scenes like this one. 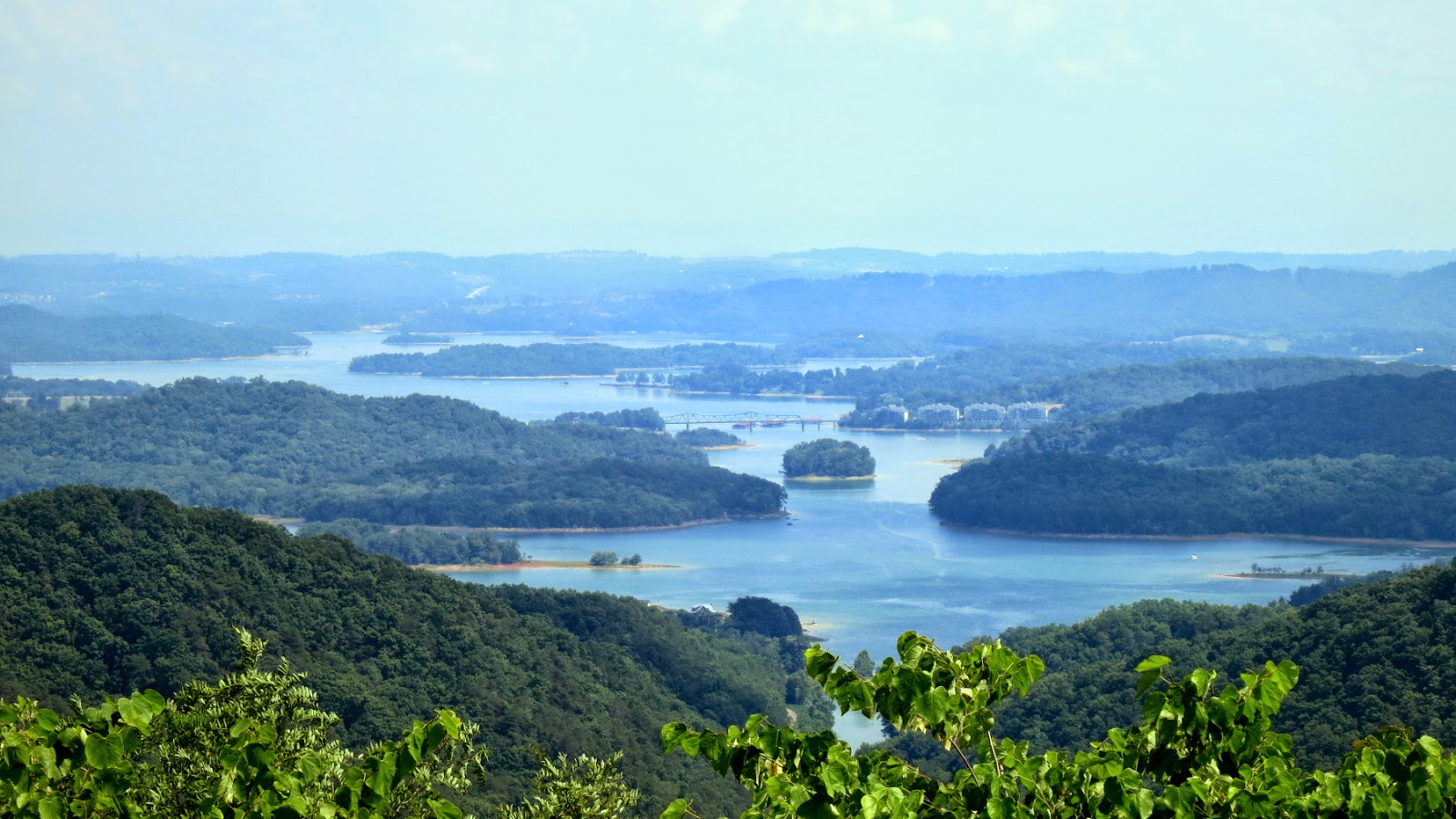 And to check out history, like this cemetery that contains the remains of Davy Crockett's grandparents. 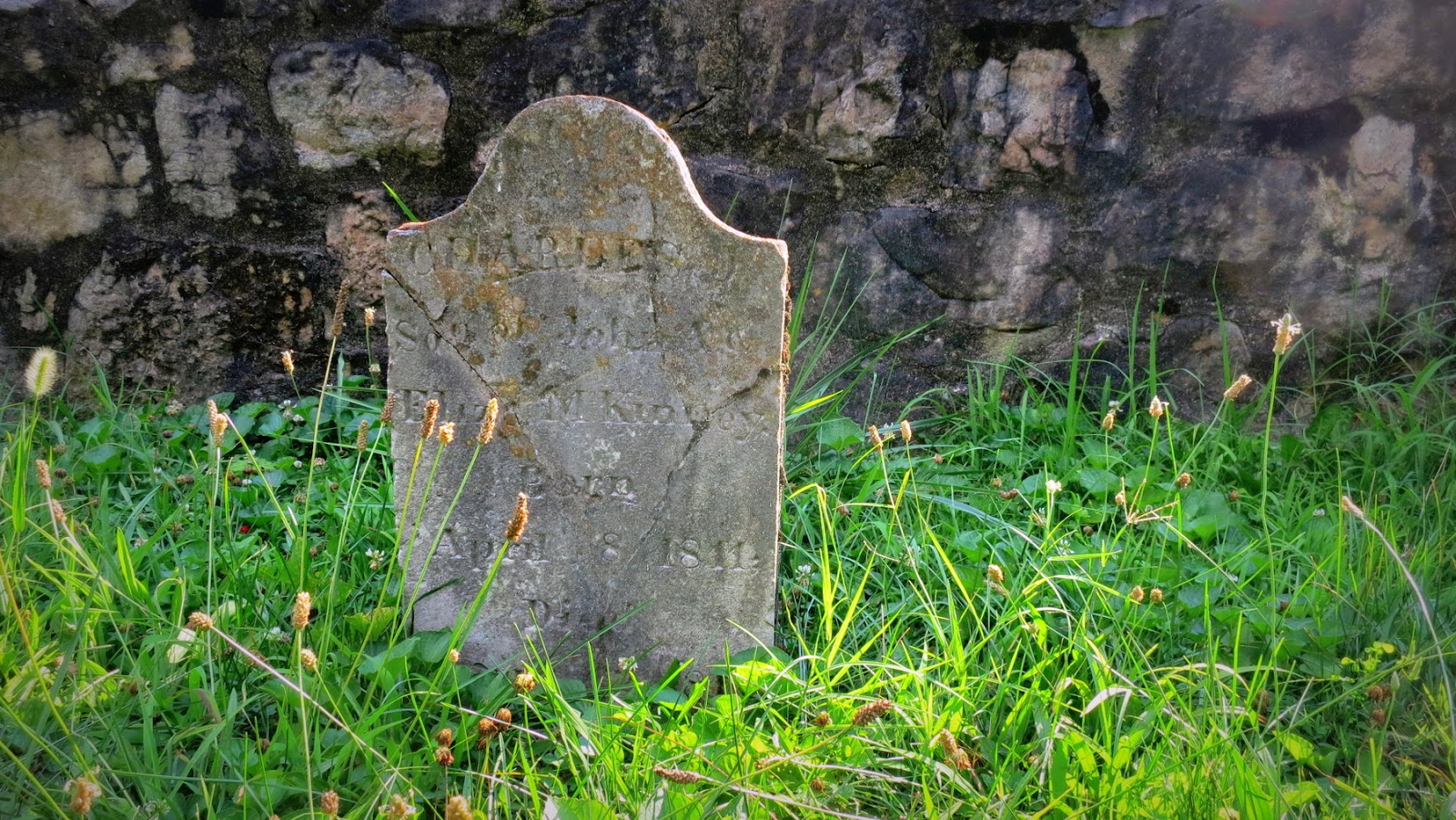 As the day was coming to a close we saw a truck parked on the side of the road, at a cache going the other way.  We wondered if it was fellow cachers.  When we finally turned around and arrived back at that cache, it turns out that they were the cache owners of the series we were currently doing.  They had noticed us doing the power trail and had stopped to wait for us so they could grab the travel bug trackable code on the van. 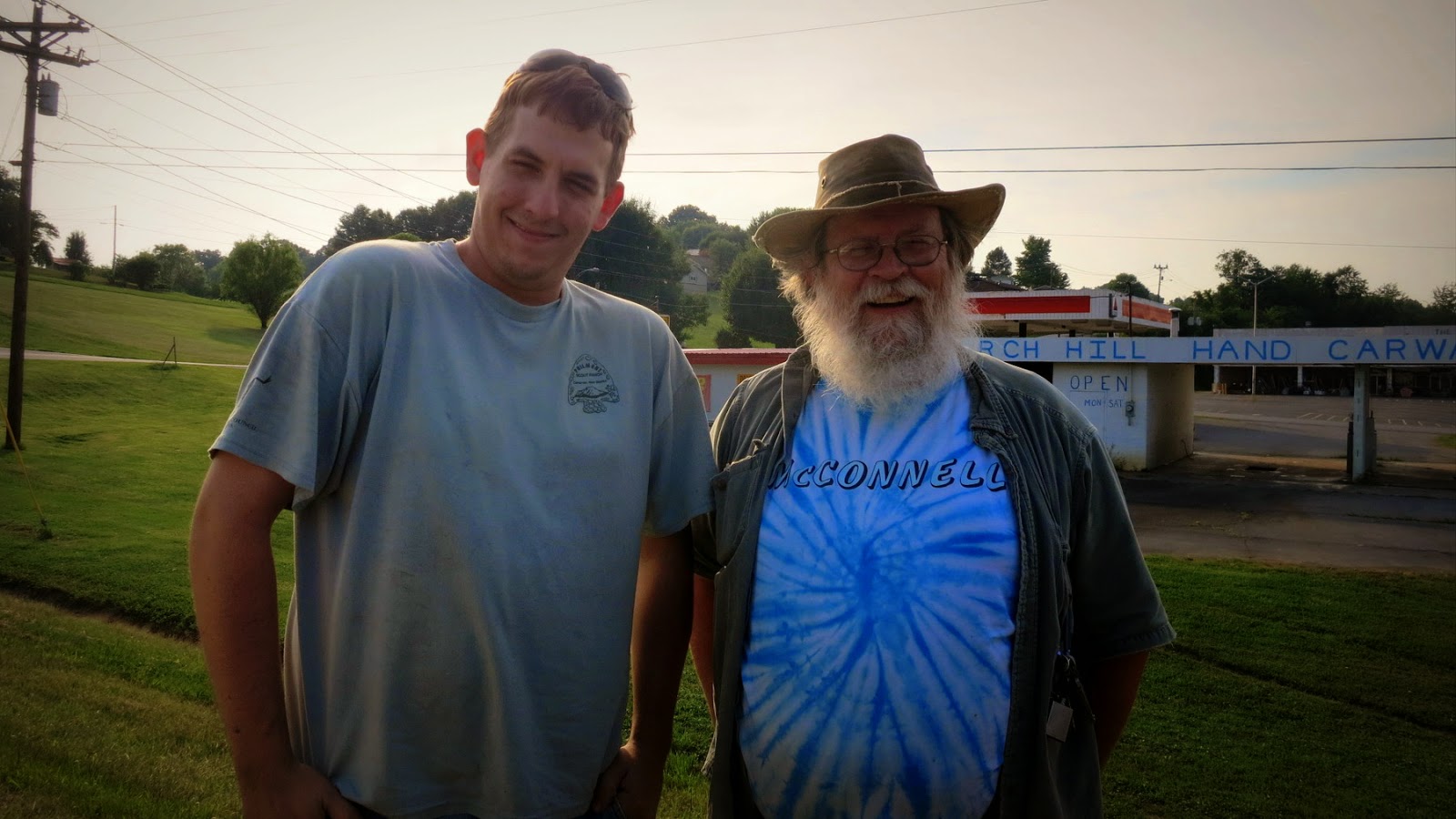 It was really cool to meet the cache owners, and we chatted for a few minutes, but then it was time to resume the trail.  So we headed off again.  A couple hours later, at sundown, we finished for the night.

We grabbed some food, then crashed at a nearby hotel.


My son let me borrow his Scooby Doo suitcase, so I used it to pack my stuff - it seemed very appropriate. 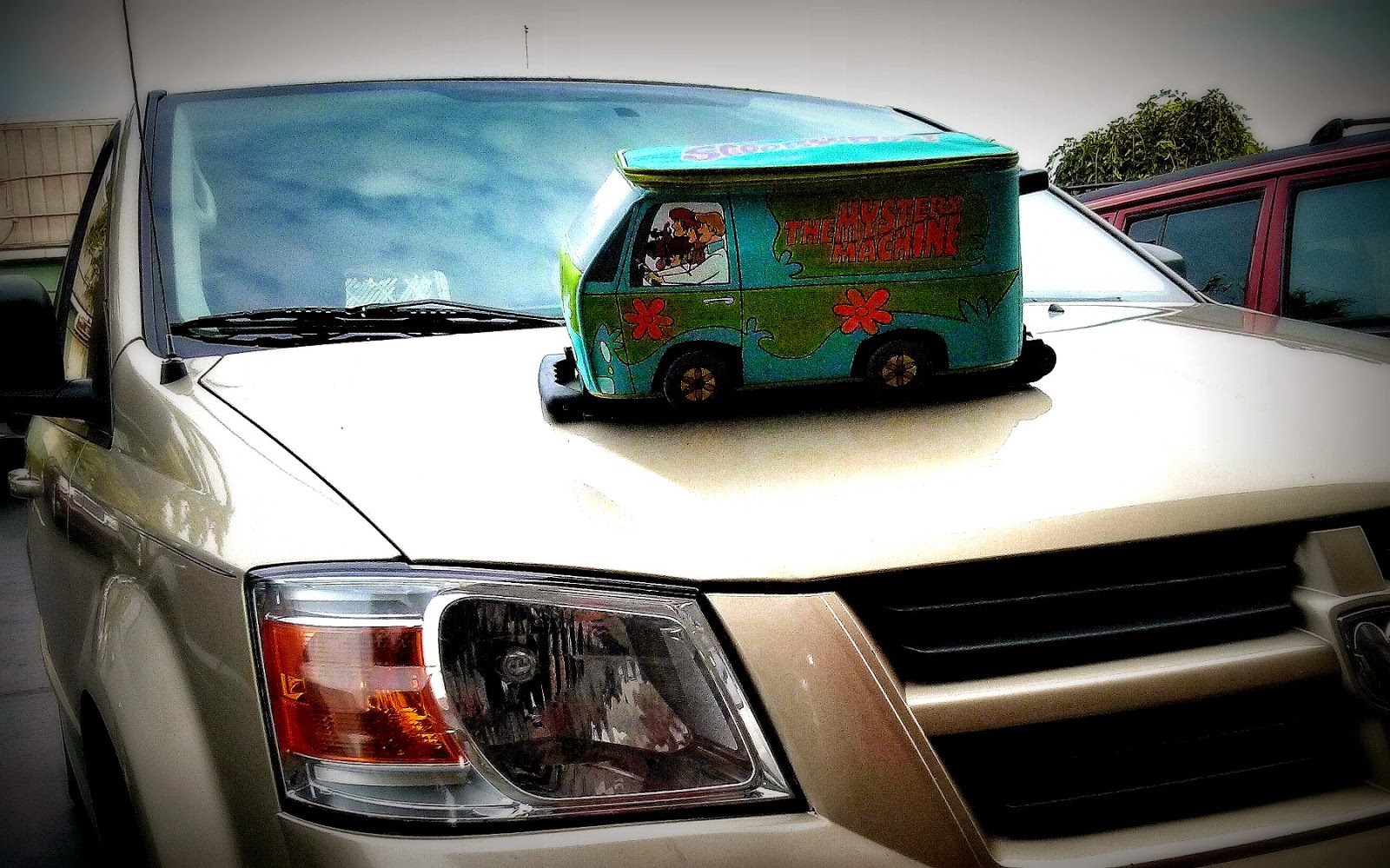 The second day, Sunday, we ended up noticing more interesting things along the way, starting with this abandoned steak house near the hotel... 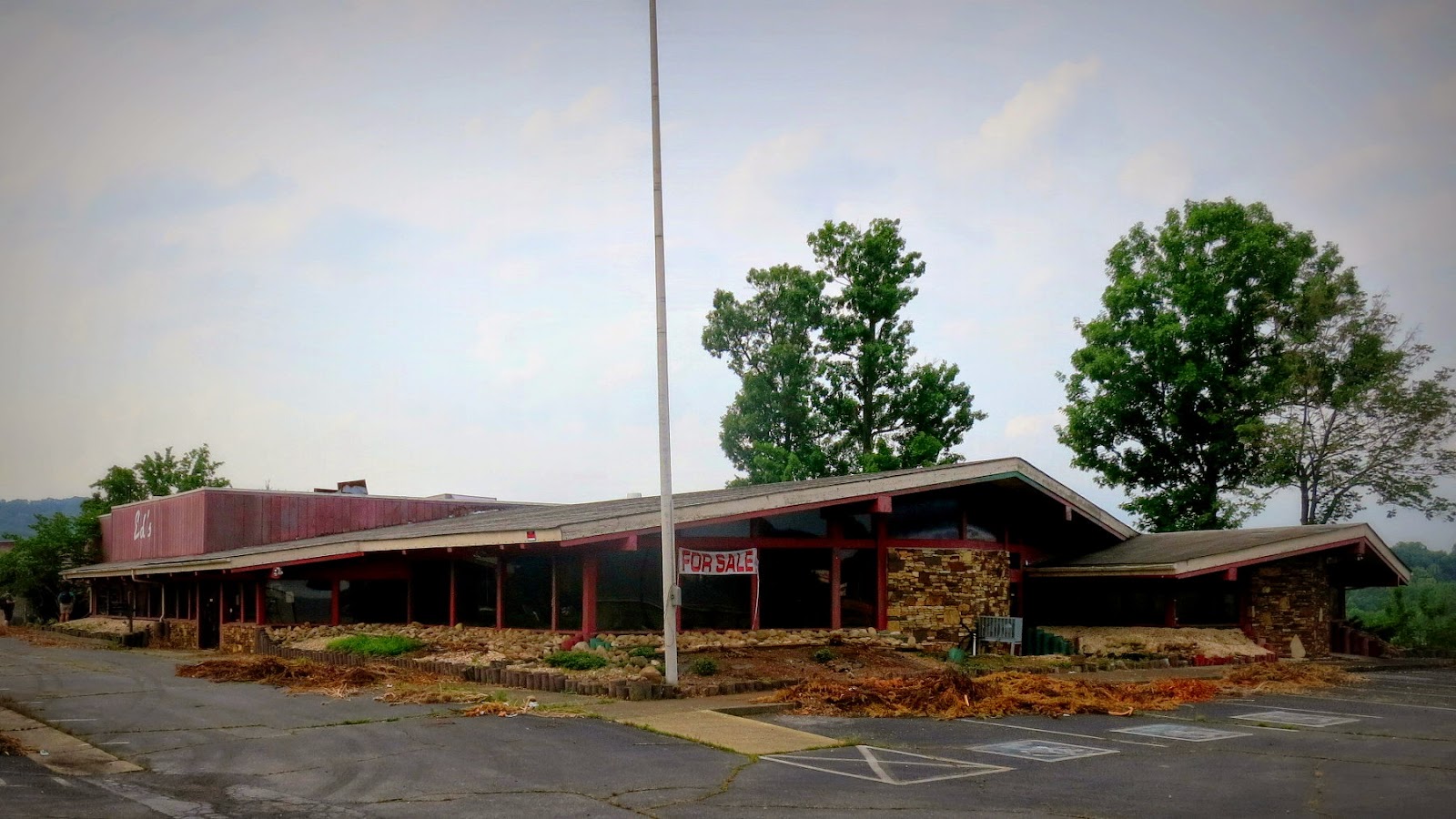 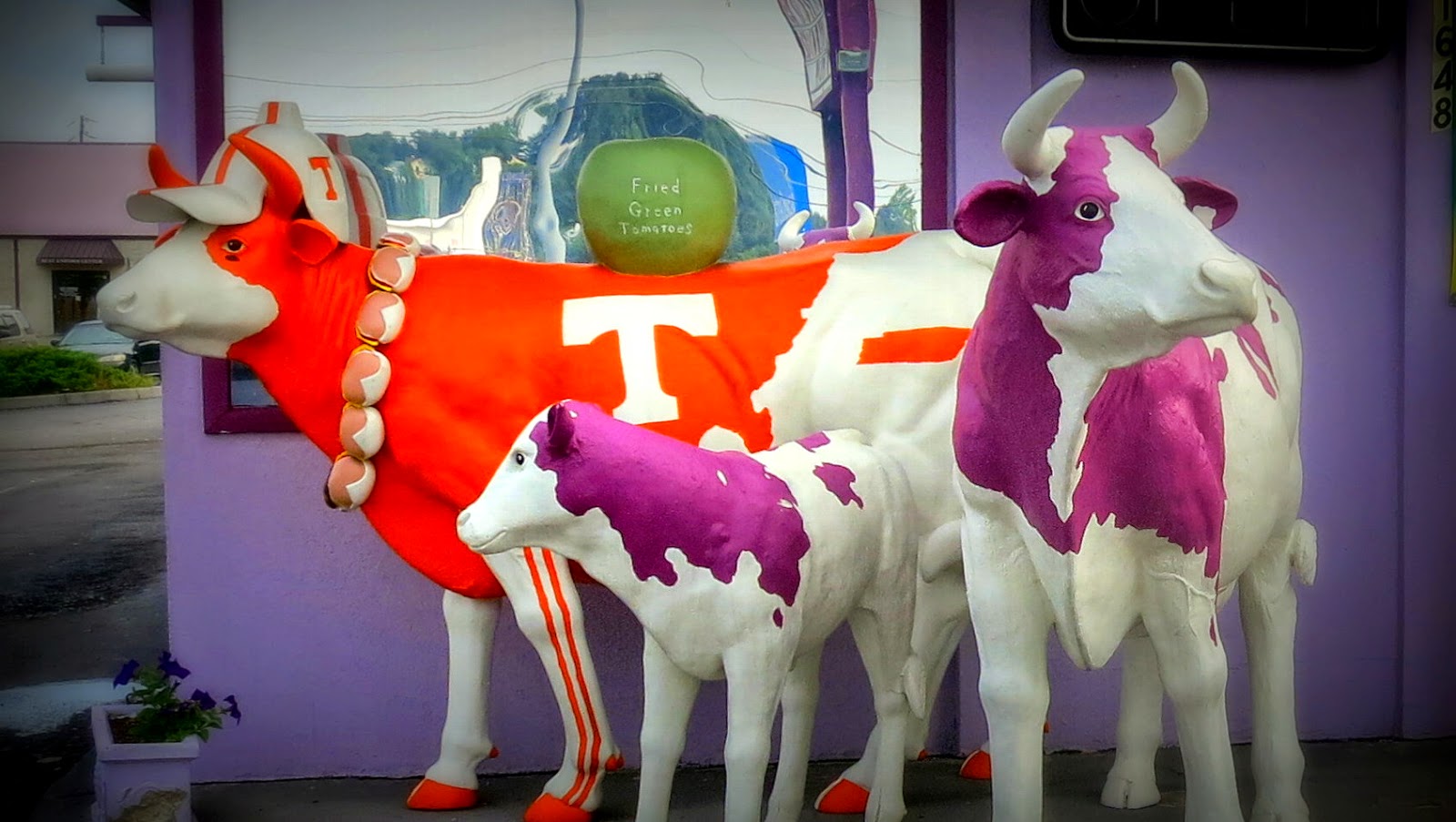 ... and this giant guitar on a music shop. 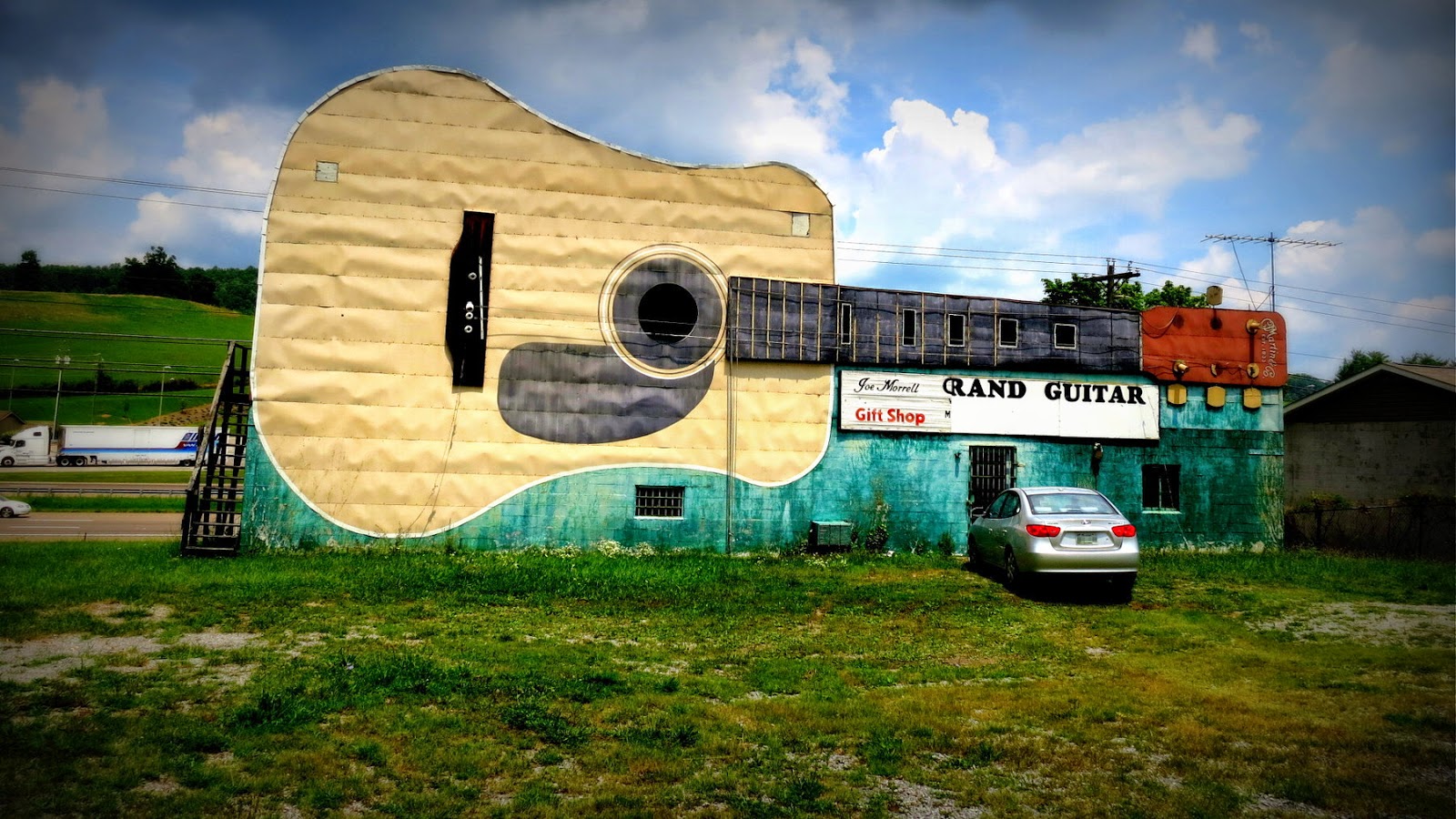 We finished the last cache on the last power trail at 5:30PM, and we started the drive back to my house.


All in all we did a great job keeping on track.  Despite having a few DNFs, and spending a couple hours at a mechanic, we found 392 of 424 planned caches.  Not bad all things considered.

This was a new experience for me, but it was a great deal of fun.  I really hope Team Awesomesauce hits the road again to tackle another power trail.  If we do, stay tuned. 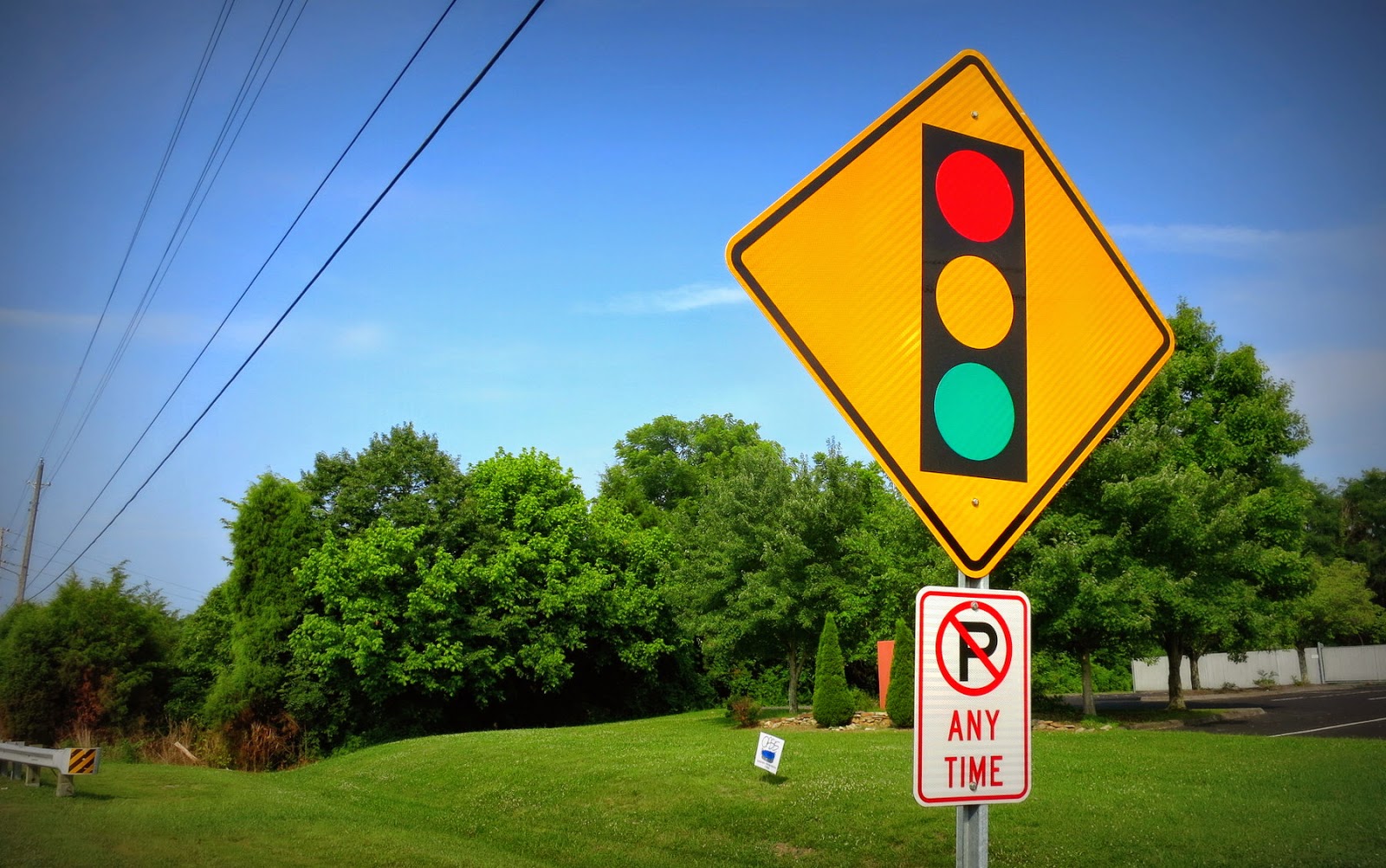 Have you ever done a power trail?  Let me know in the comments below.