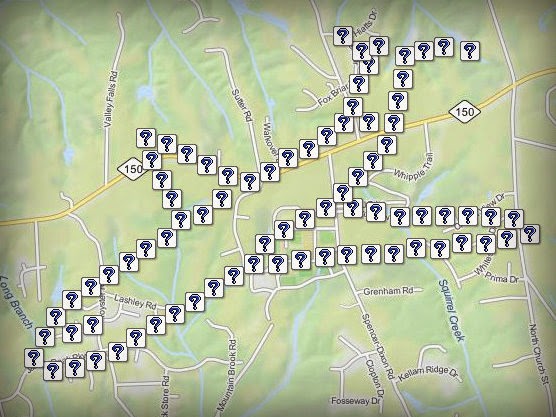 As soon as I saw it I knew just the group of folks who would be perfect for this mission: Team Awesomesauce.

You may remember Team Awesomesauce from our powertrail adventure in Tennesee in early July. The team includes Yours Truly, HoosierSunshine, FailedApparatus, NCBiscuit, and the enigmatic NinjaChipmunk.

Yesterday Team Awesomesauce suited up and met in a Walmart parking lot near Greensboro North Carolina, jumped into a rented "Geovan of Destiny"-esque mobile, and set off on an epic quest to turn this series of artisnal question marks into smiley faces.

The quest led us on a series of back roads that weaved through some picturesque North Carolina countryside. 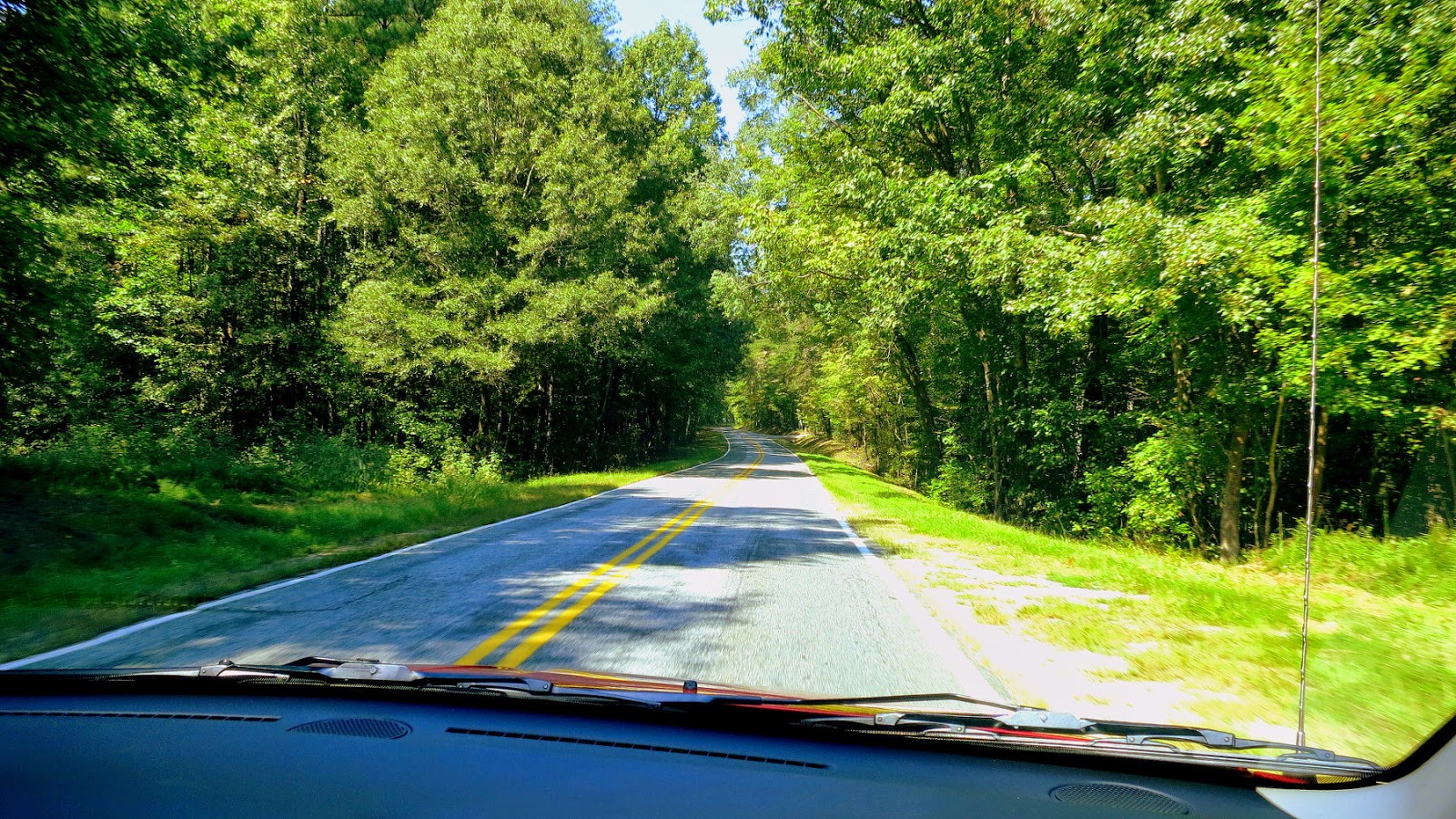 Most of the geocaches themselves were simple PnG style hides. We each took turns jumping out of the van to make the grabs.  Here NCBiscuit is doing her part. 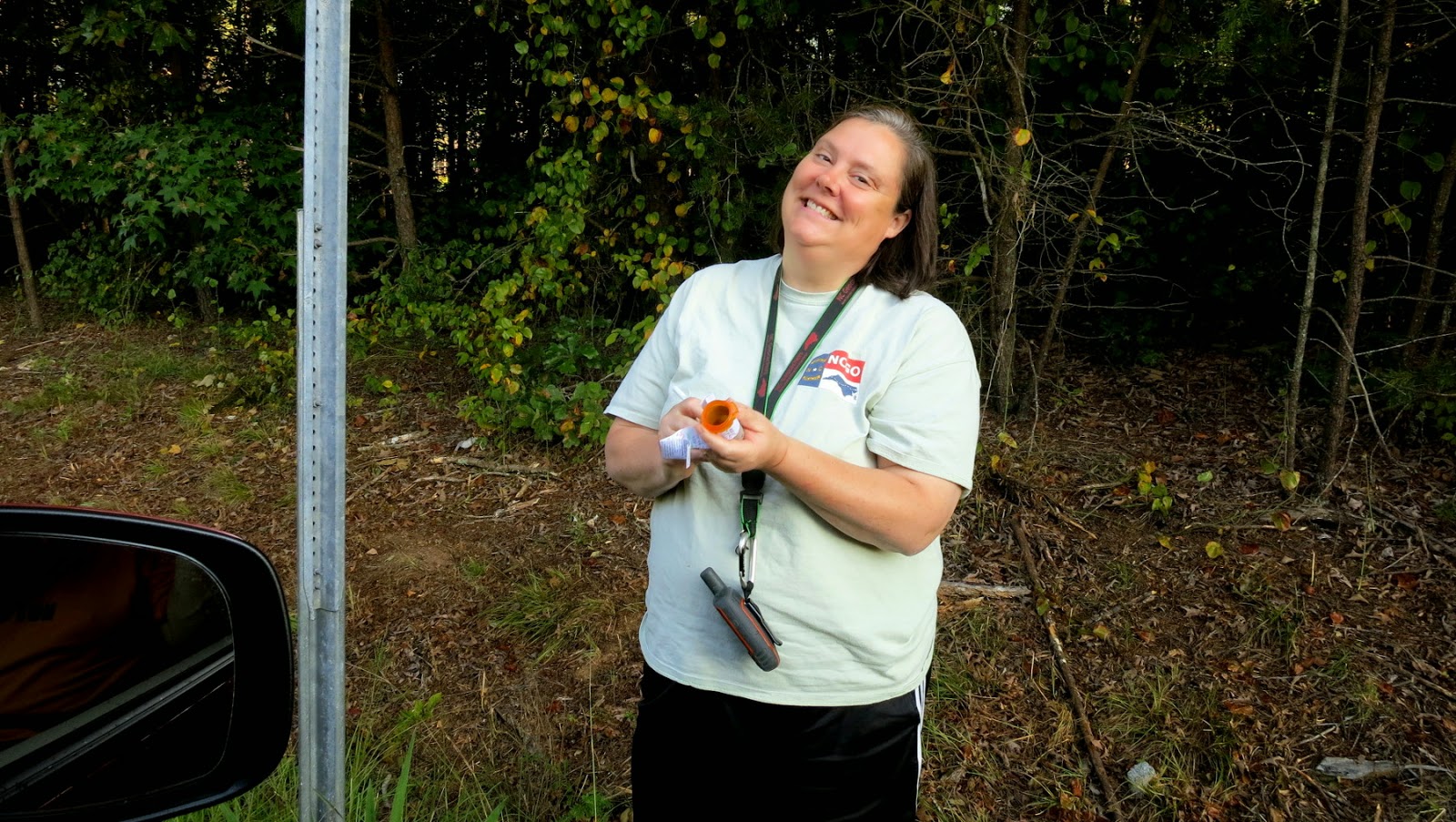 I did the navigating, and jumped out on occasion to find a cache or two.  I tried to add some style to this one. 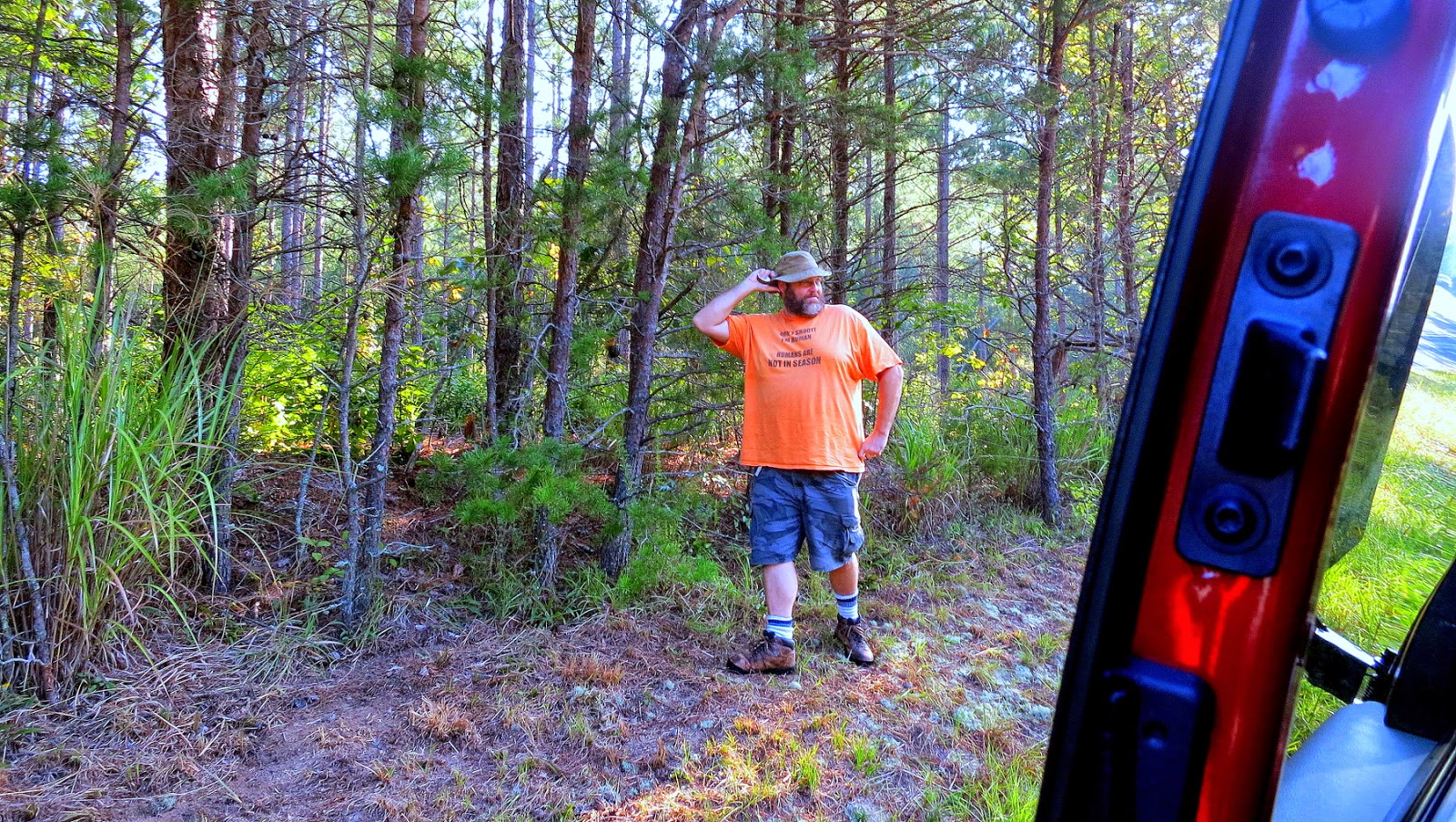 HoosierSunshine, despite having a sore ankle, also got into the geocaching log signing spirit. 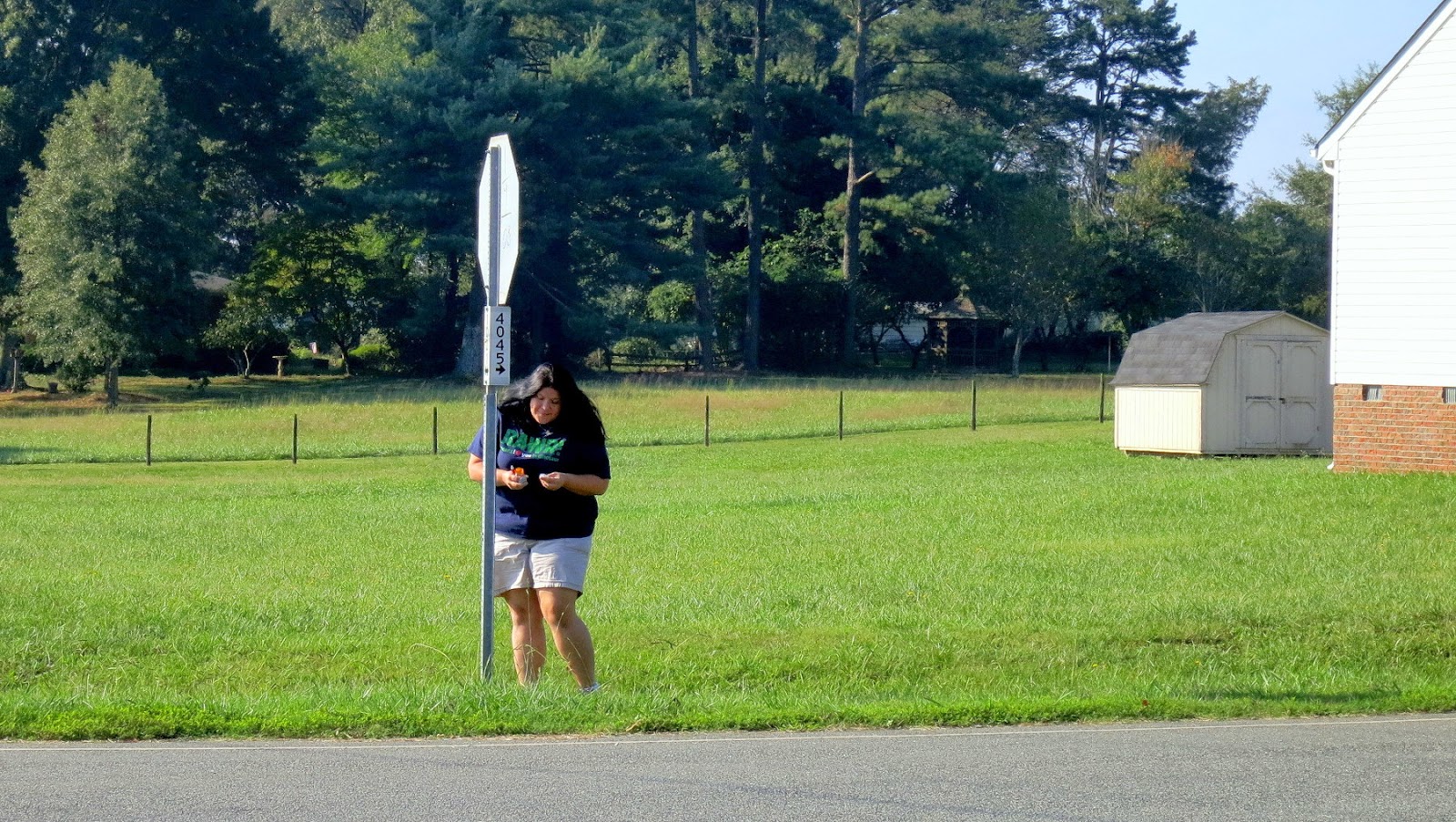 FailedApparatus did all of the driving (as the Geovan was rented in his name) but he still did his part to grab a few caches. 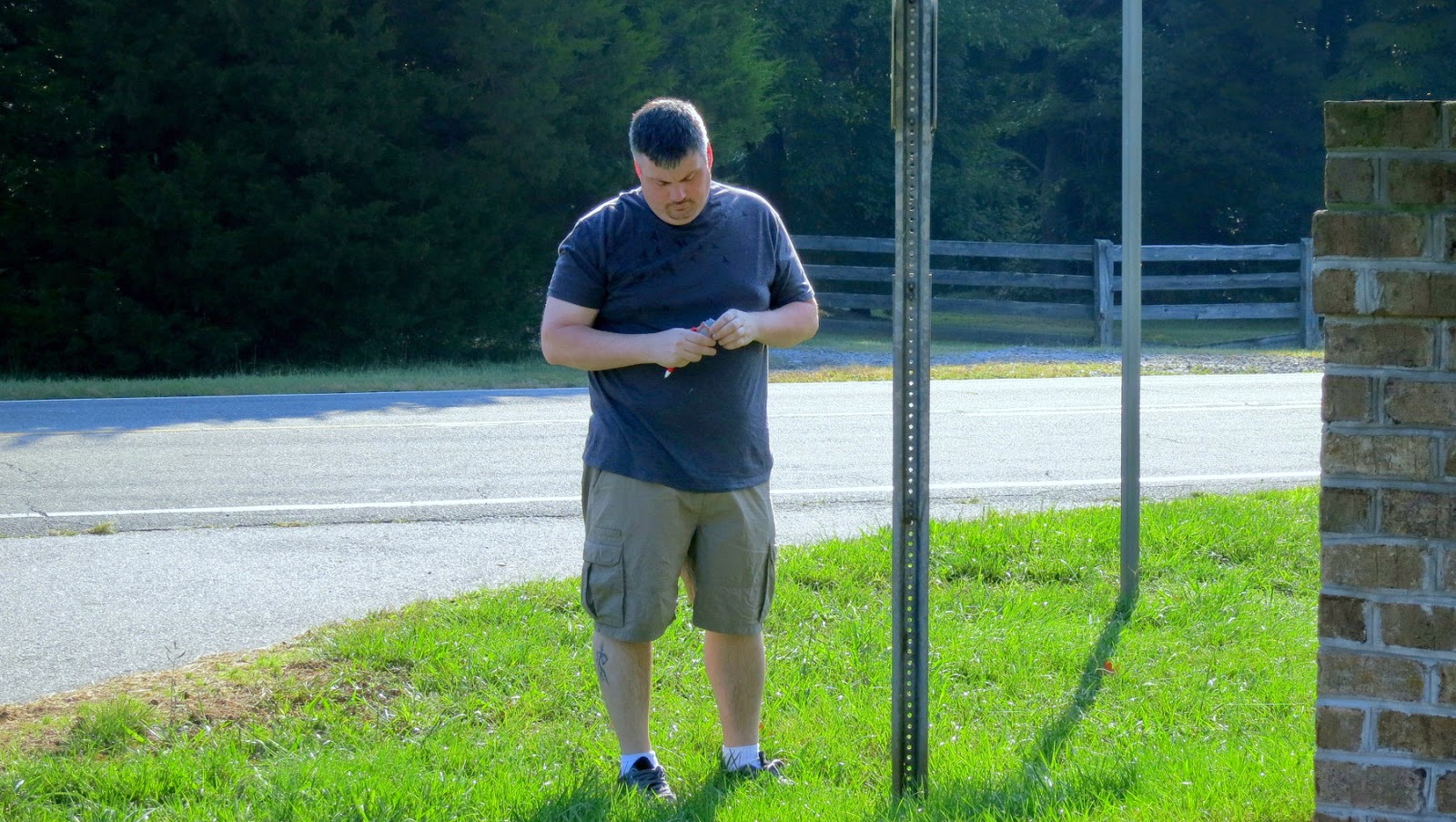 Alongside her cache retrieval duties, NinjaChipmunk took on her roll as photographer sniper. Here she is in a stunning action shot.  Note the intensity and sneakitude of taking the shot from the open van door. 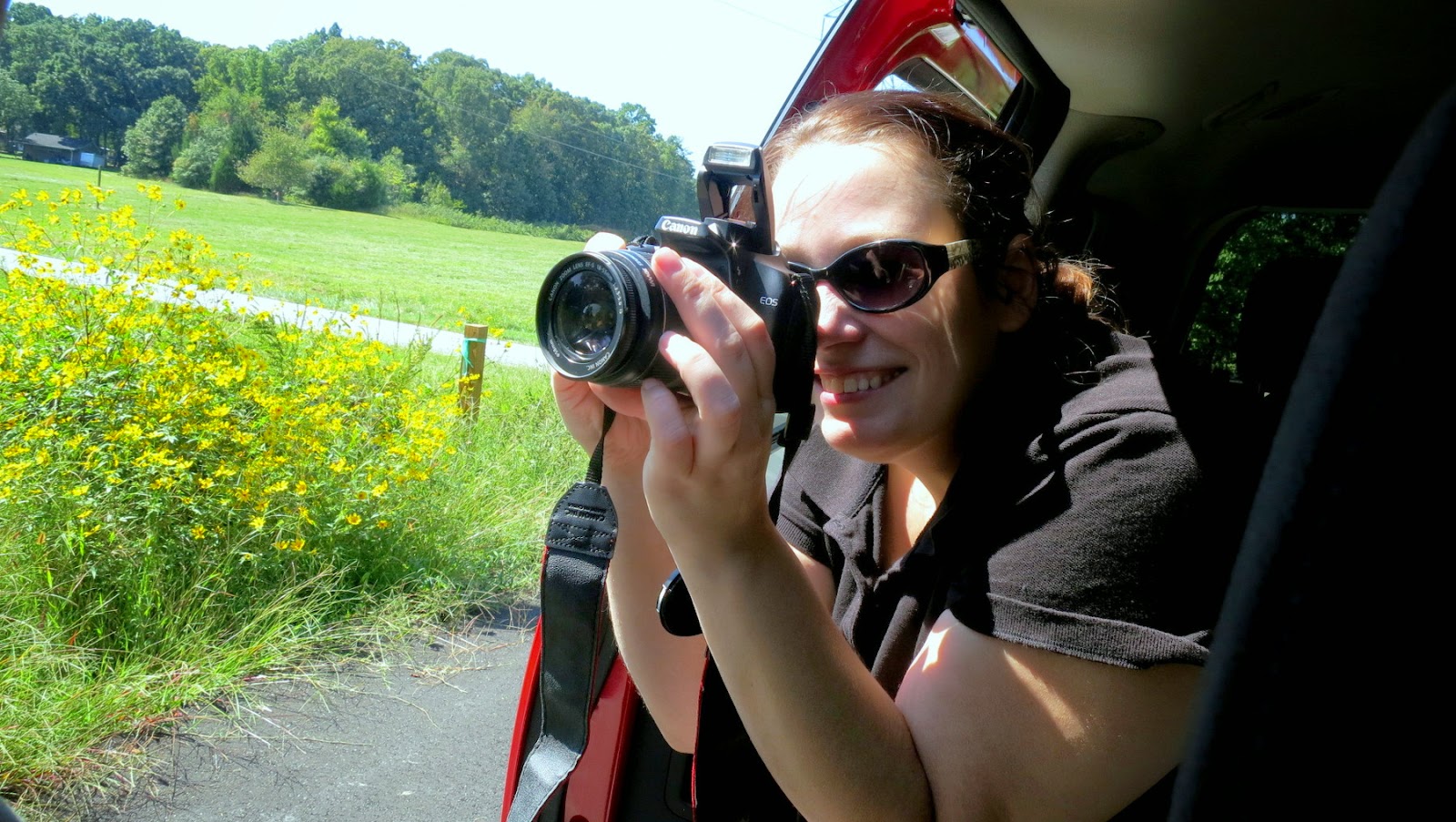 There are 82 caches in the series.  We signed each long with Team AZMSCE (cause writing is hard): 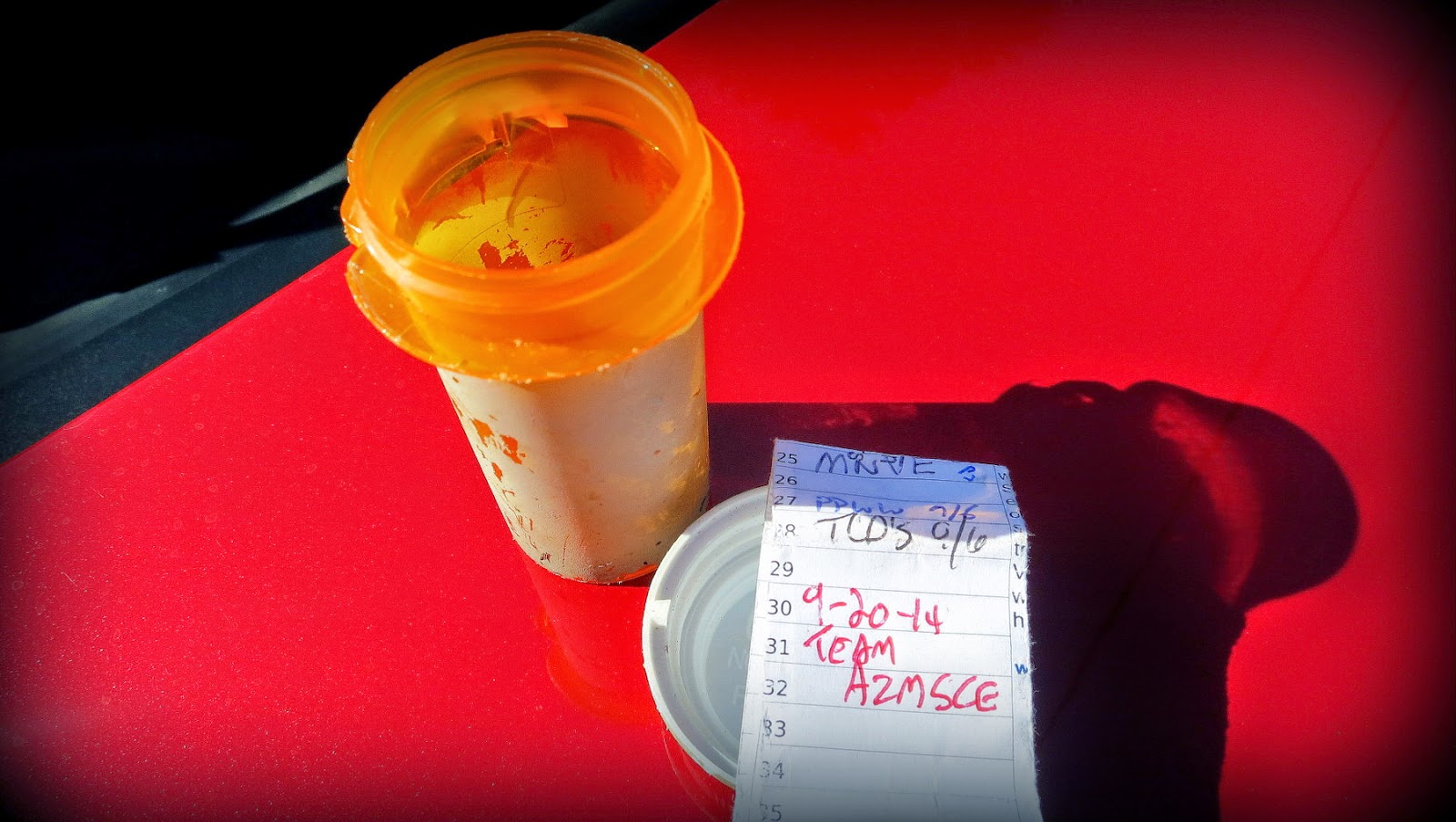 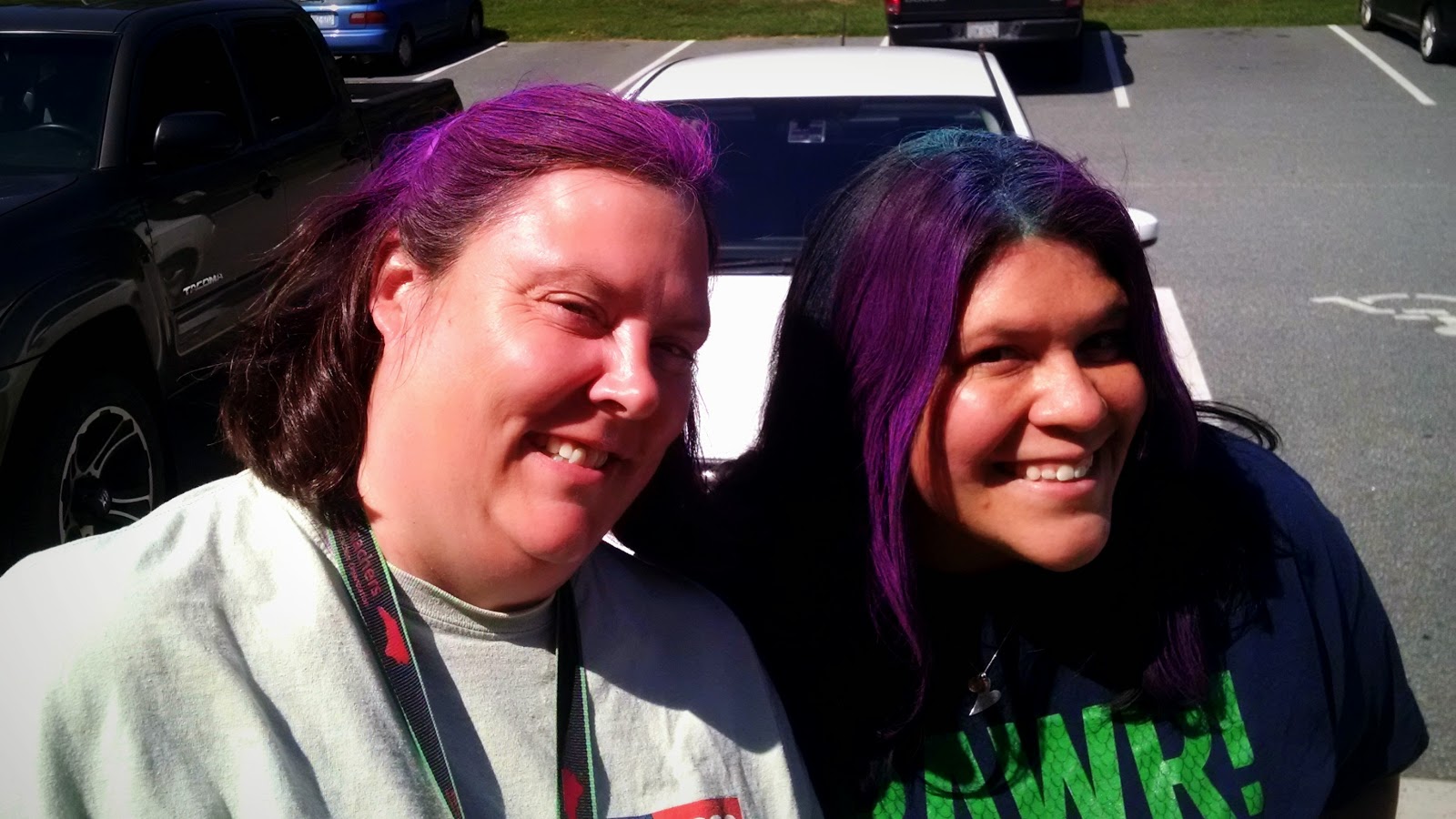 ... we accomplished our goal.  One airplane worth of question marks converted into happy faces.

That is a lot of smilies. 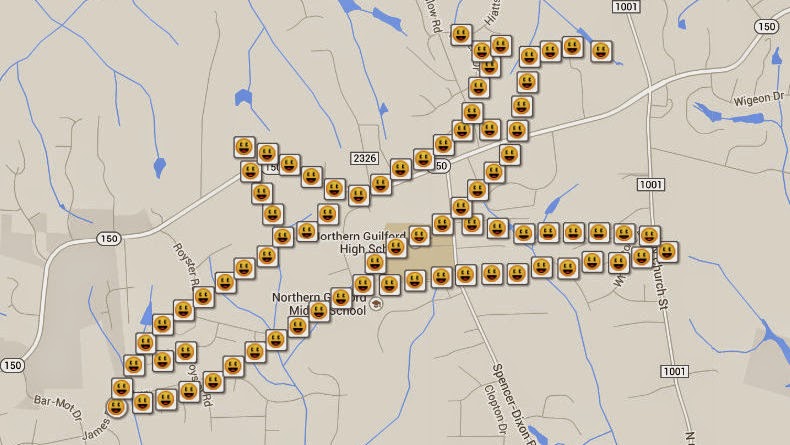 We found a few additional caches along the way. By the time we finished the day we had logged 94 geocaches in total.

Team Awesomesauce has now gone our separate ways, and slid back into the murky shadows of our cover identities as civilians.  However, you never know when another mission will call, and Team Awesomesauce will suit back up and ride for on another epic quest.