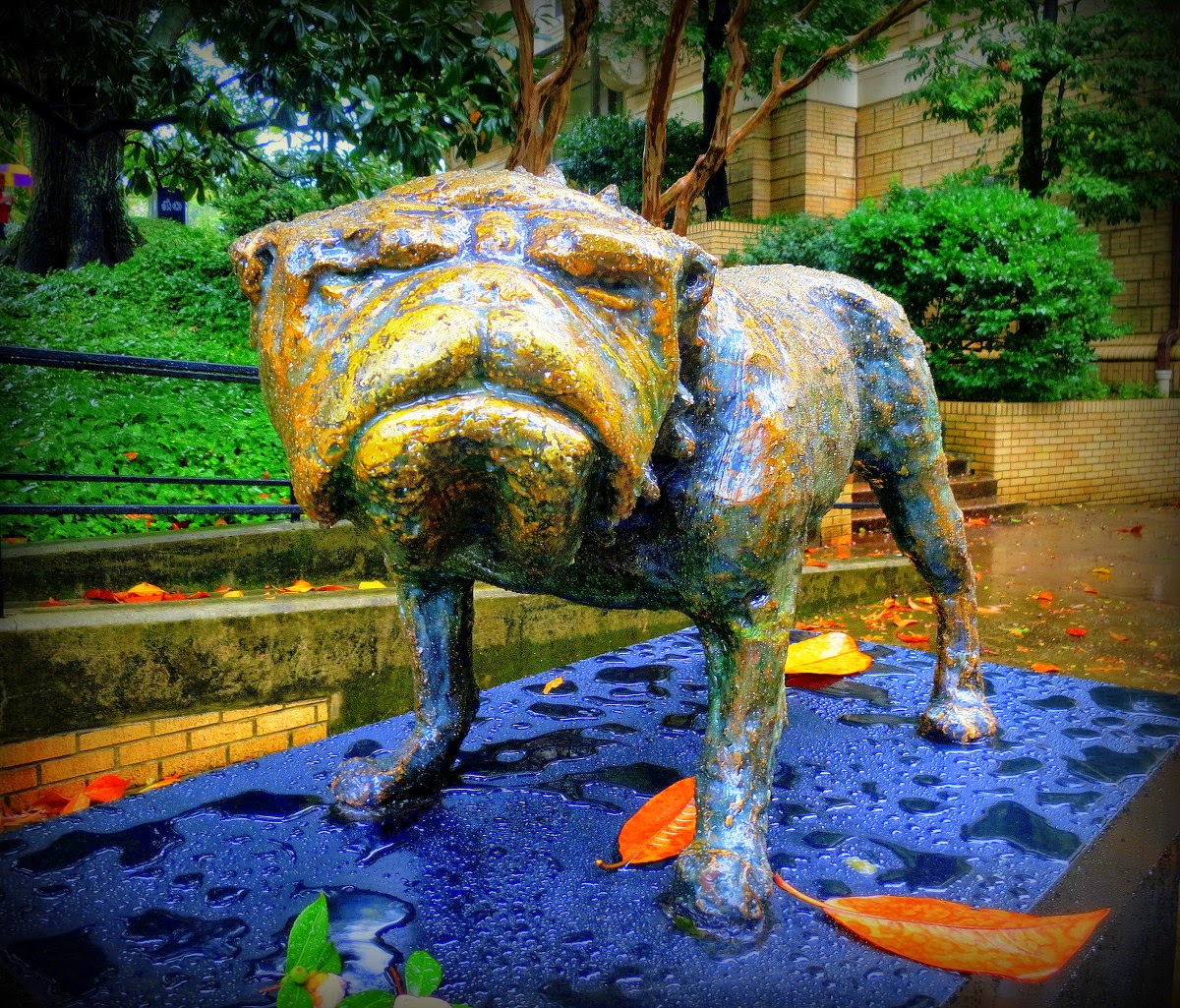 Today I got up at 4:45 AM, hopped into my rental car, and headed south to Georgia.  My mission is a road trip to explore some parts of Georgia, and eventually end up in Rome, GA to attend the much hyped geocaching Mega event, Going Caching.

The theme of the day was rain.  Lots of rain.  It basically rained all day, sometimes torrential downpours that caused me to pull off the roads. Your basic Noahs Ark scenario.

I haven't got to the tornado warnings yet.  Yeah, super day weather-wise.

However it didn't stop me too much, as I found most of the caches I was going after, including the virtual at the statue of the University Of Georgia's bull dog.

My first few caches of the day were part of the Jackson County Heritage Trail.  This turned out to be an amazing series of caches - I wish I could do them all, but alas I didn't have time.  The trail started for me in Commerce, GA. 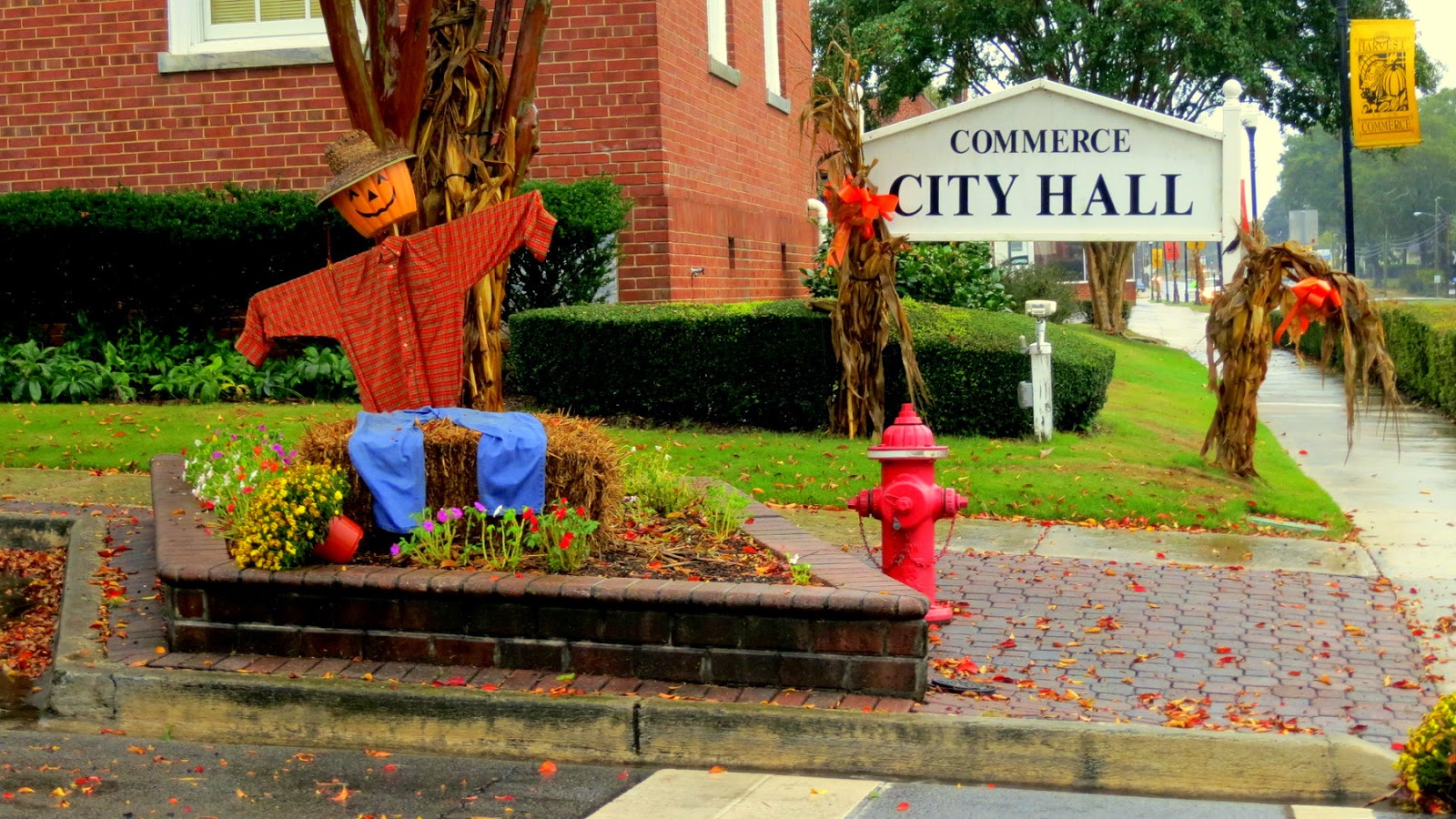 The trail lead me to several interesting spots, including this old school house. 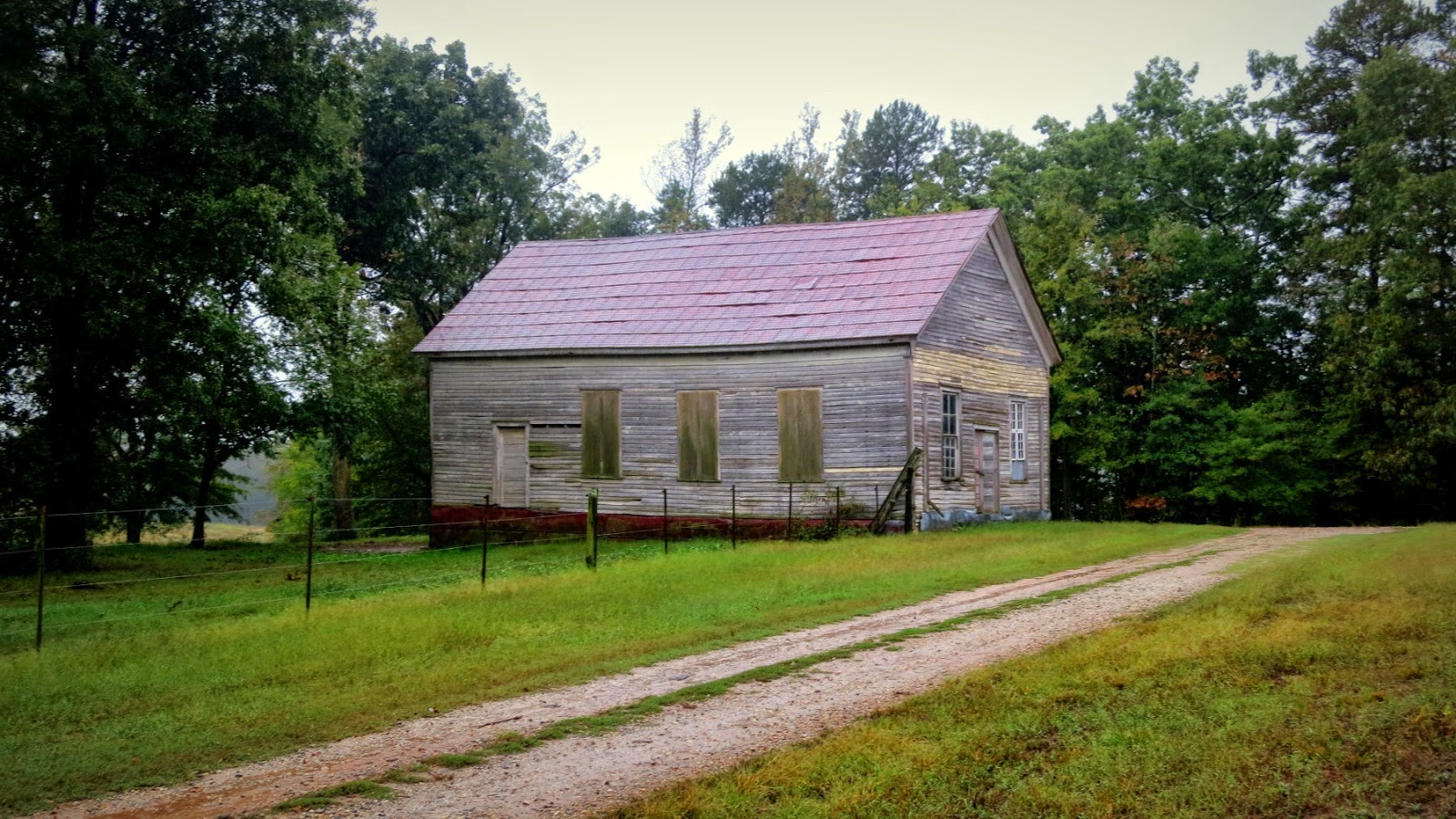 I had to cut the trail a bit shorter than I wanted.  When I got back to my rental car I noticed this lovely colourful sheen on the wet pavement.  Yep, gas leak. 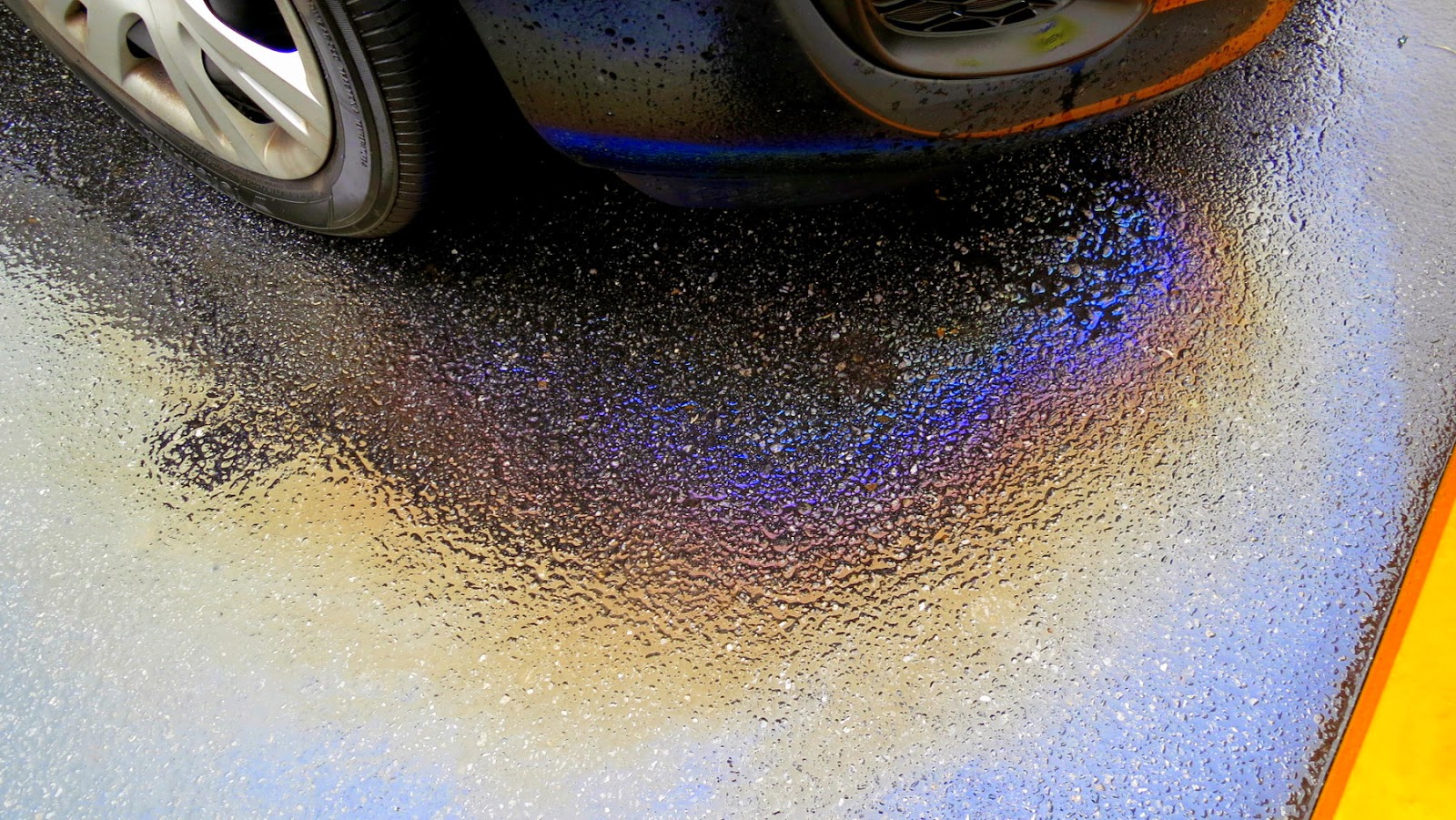 I made a couple phone calls to the Hertz folks, and long story short, a short detour and 45 minutes later, I was back on the road with another rental car, this time with enhanced fuel capacity capabilities. 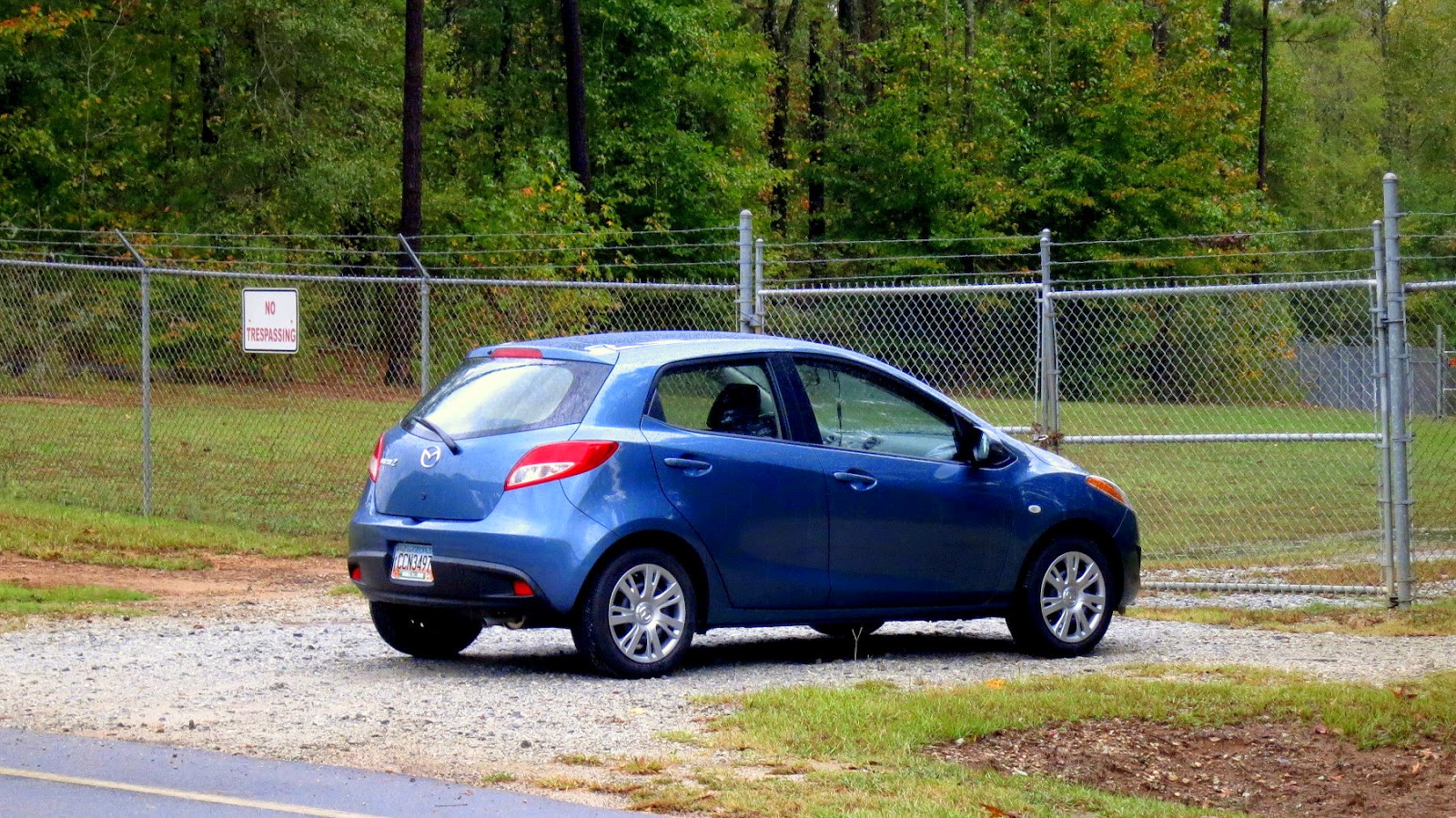 So, armed with the beast that is a Mazda 2, I decided to crank some tunes and drive around Hazzard County. 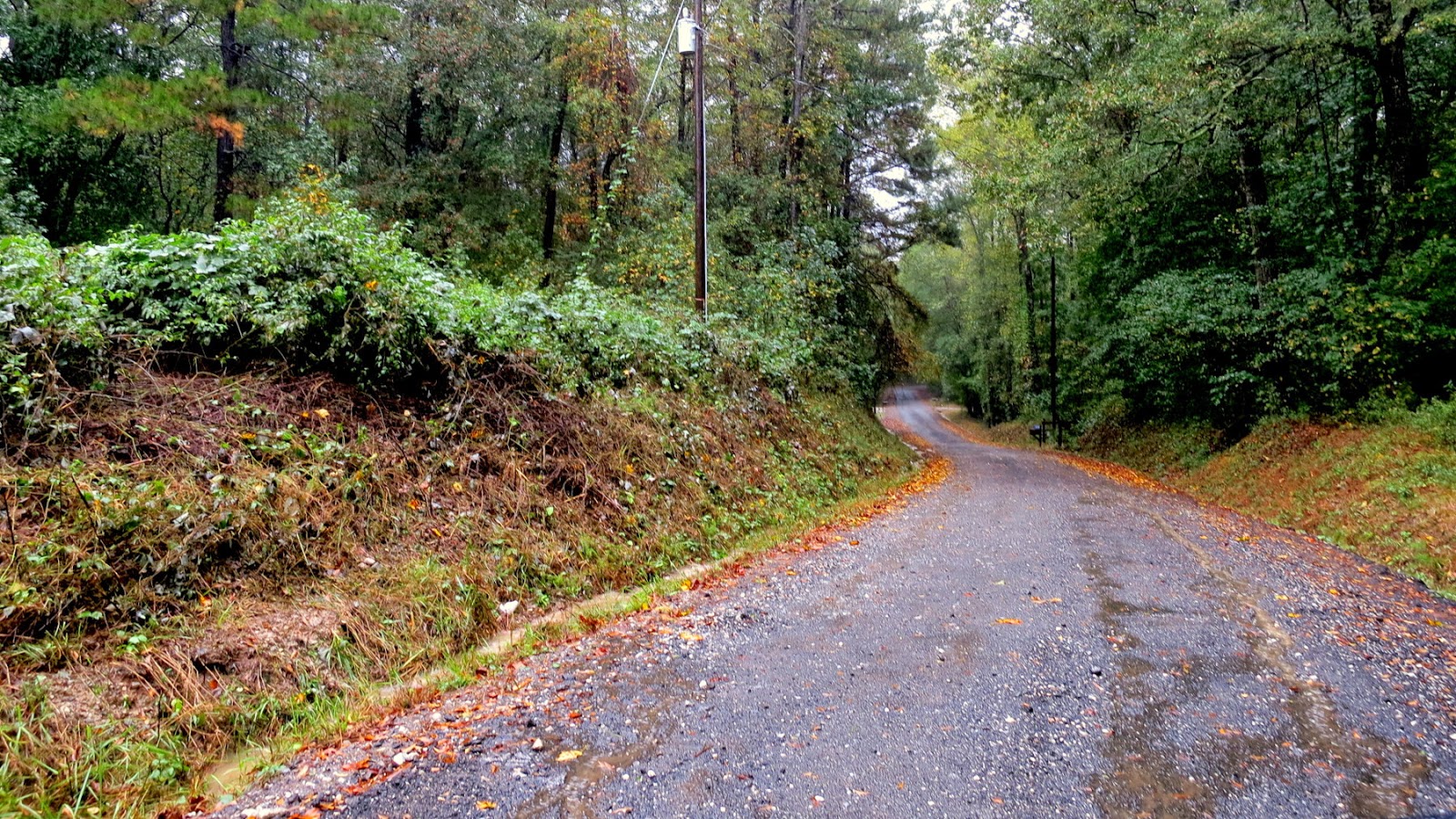 So any boy of the 80s will know the Dukes of Hazzard.  The show is set in a fictional county in Georgia called Hazzard County.  The shows first few episodes where filmed in Georgia (production moved to California in the middle of the first season), and there is a series of caches that tour these film locations.  I only did a couple of the sites.

This is the Boars Nest - the bar owned by Boss Hogg.  It is now a Baptist church.

This old train trestle was also featured in the first few episodes. 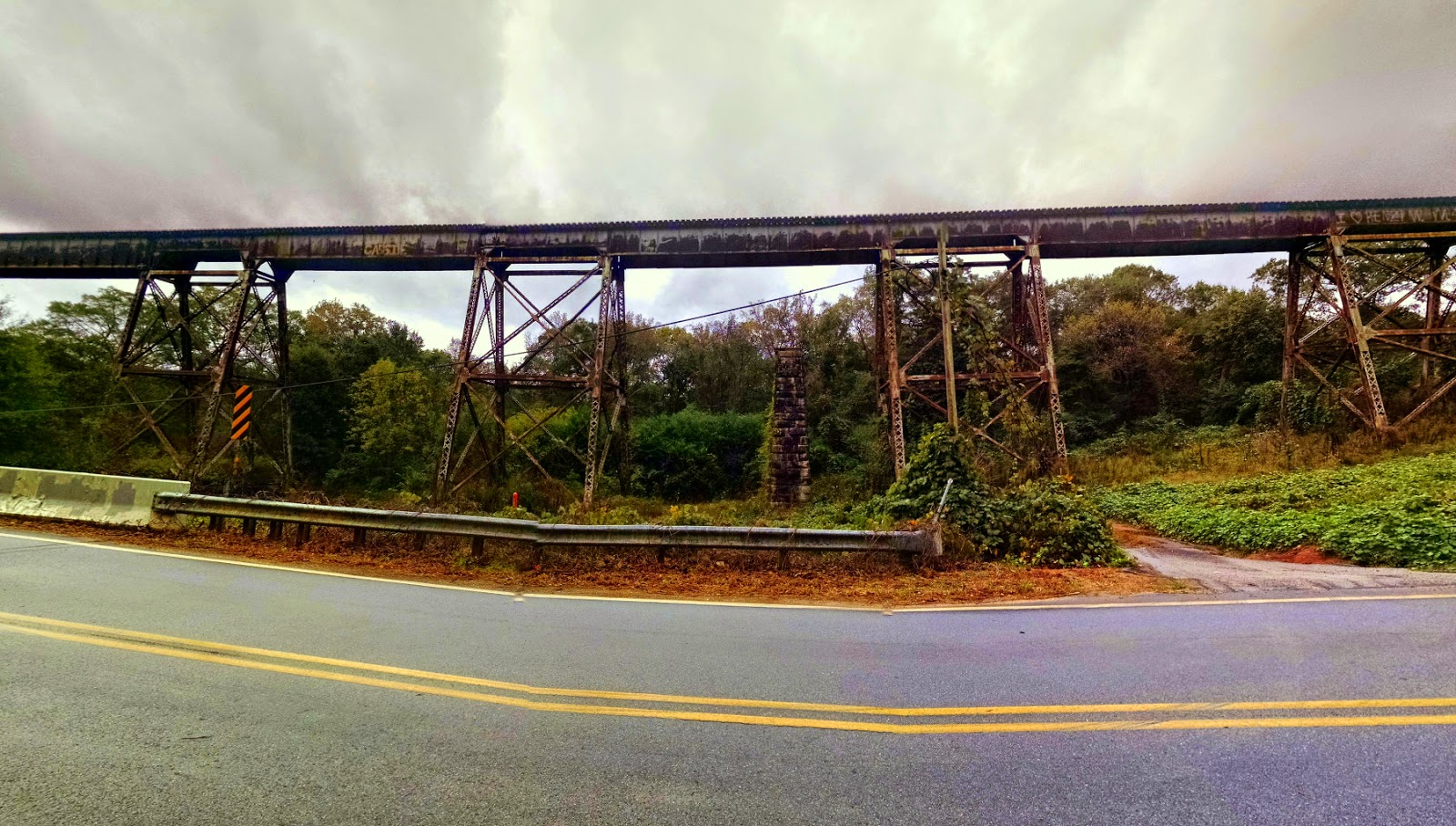 Having lived a childhood dream of driving around Hazzard, I continued on.  Along the way I stumbled across the University of Georgia's football stadium. 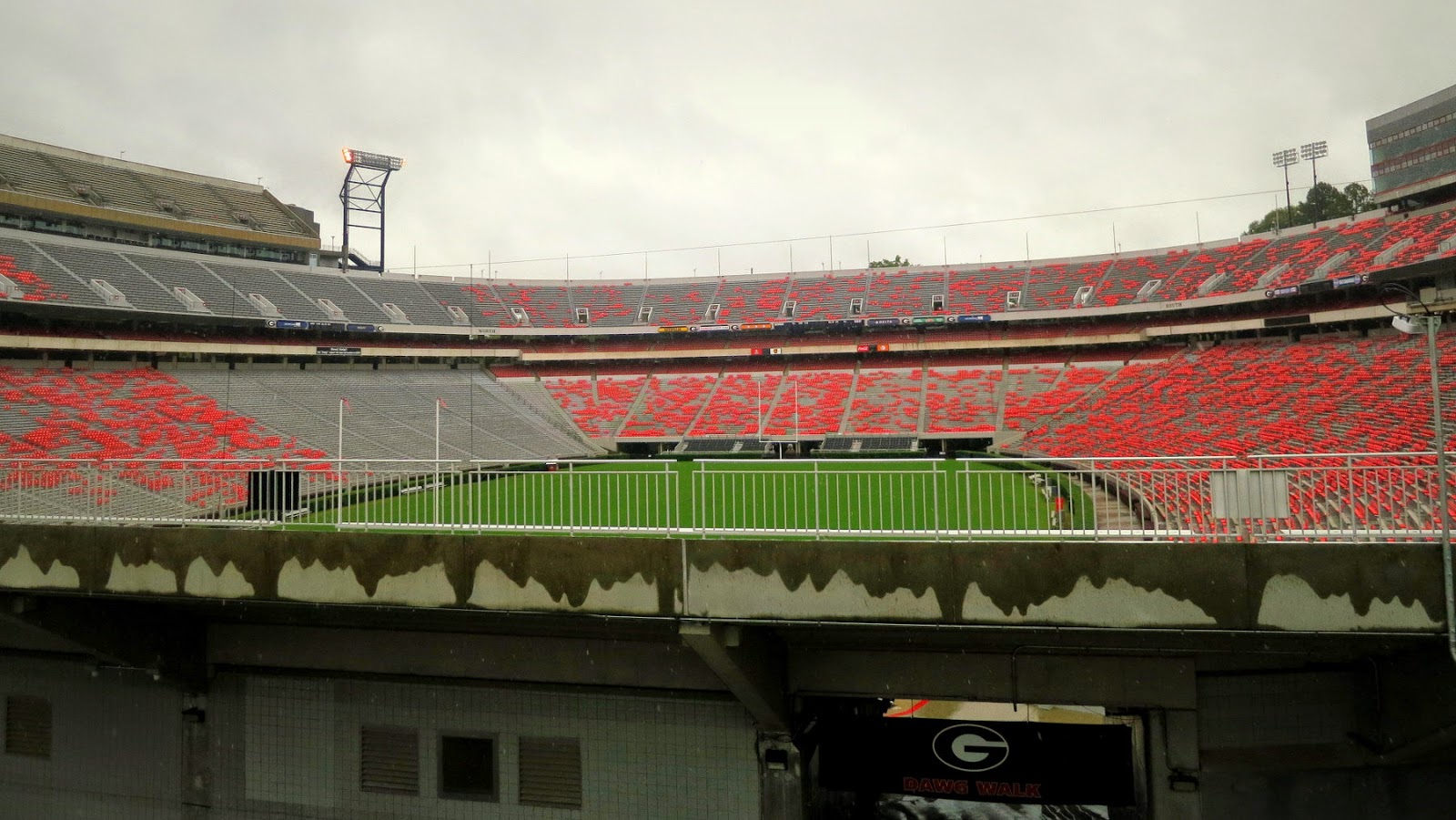 Also along the way I did a virtual cache at this mural.  The artwork is outstandng.

I ended up hitting the hotel early.  I have some hiking planned for tomorrow, so I need to rest up. The weather looks good, so hopefully if all goes well my next post will feature a hike to the top of a mountain.

Afterwards I am heading east to Rome GA to attend the first of many events that are part of the Mega event known as Going Caching.