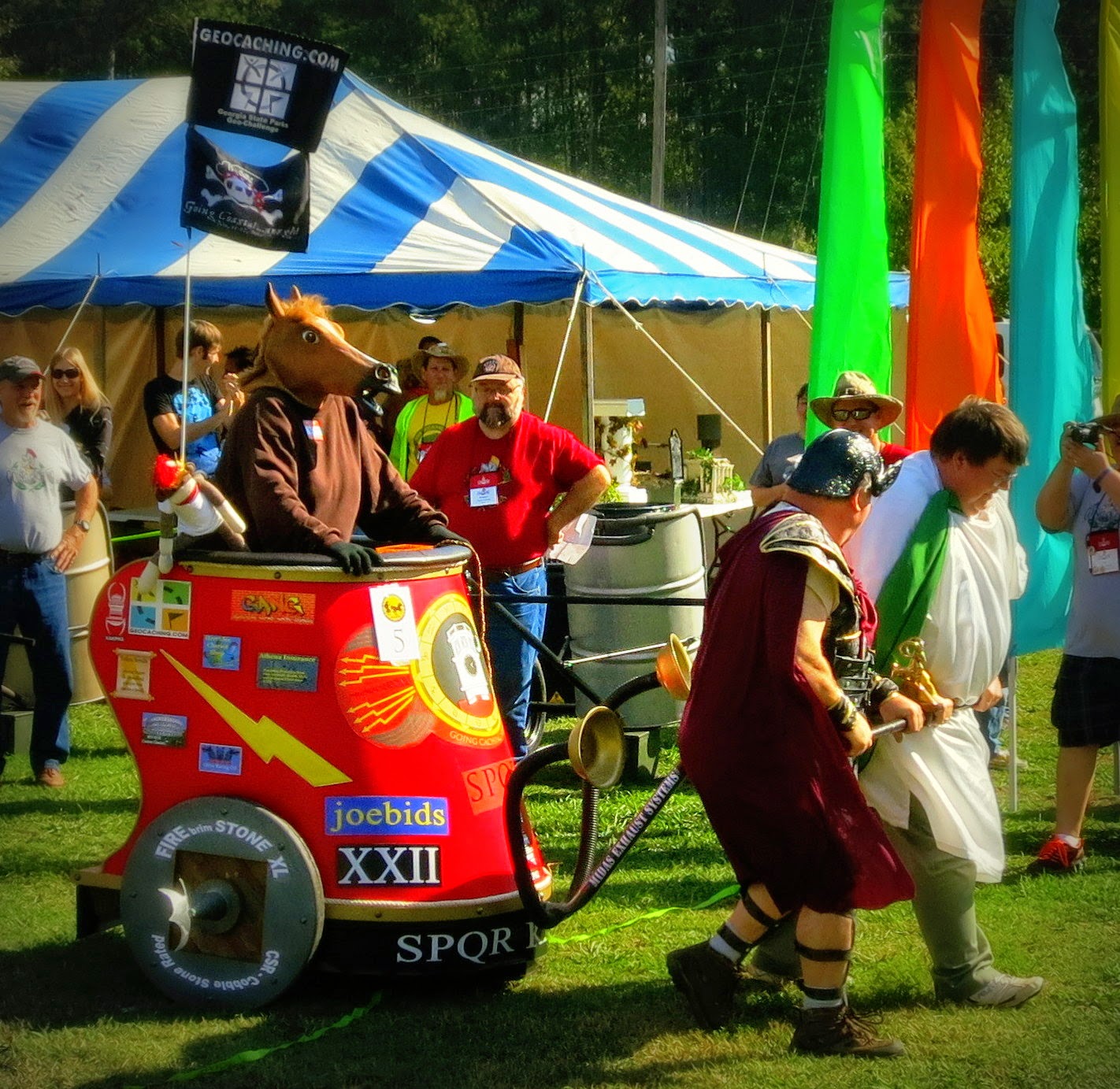 One of the great things about the Going Caching Mega event is that there is always something else going on.

Yesterday I covered the majority of the details of the main event, however I left off a significant activity - mainly because it deserved its own post.

That event was the Chariot Race.

Yes, you read that right.

Chariots actually fit the Roman theme of the event.  Its also one of the coolest concepts I've seen for an event activity.

Each team (I think there were 8, not sure tho) build their own chariots.  Each chariot carries one person, who acts as a navigator, and two other people pulling it along the course.

Some of the chariots were very well detailed, including this one from the Upstate South Carolina Geocaching Association.  The dry ice used when the chariot was unveiled was an awesome touch. 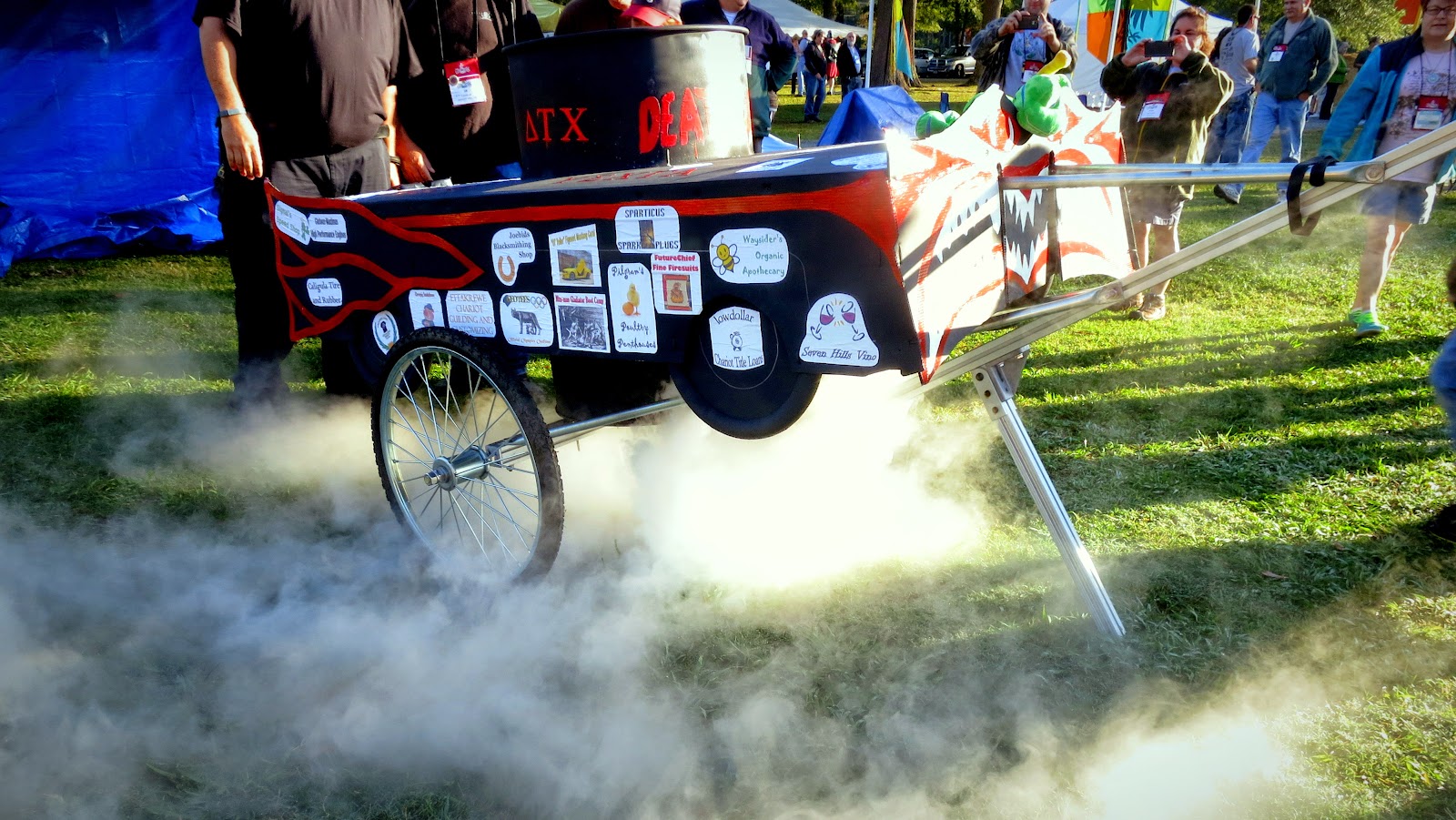 The racers went two at a time around the course.  The fastest time went to the next round. 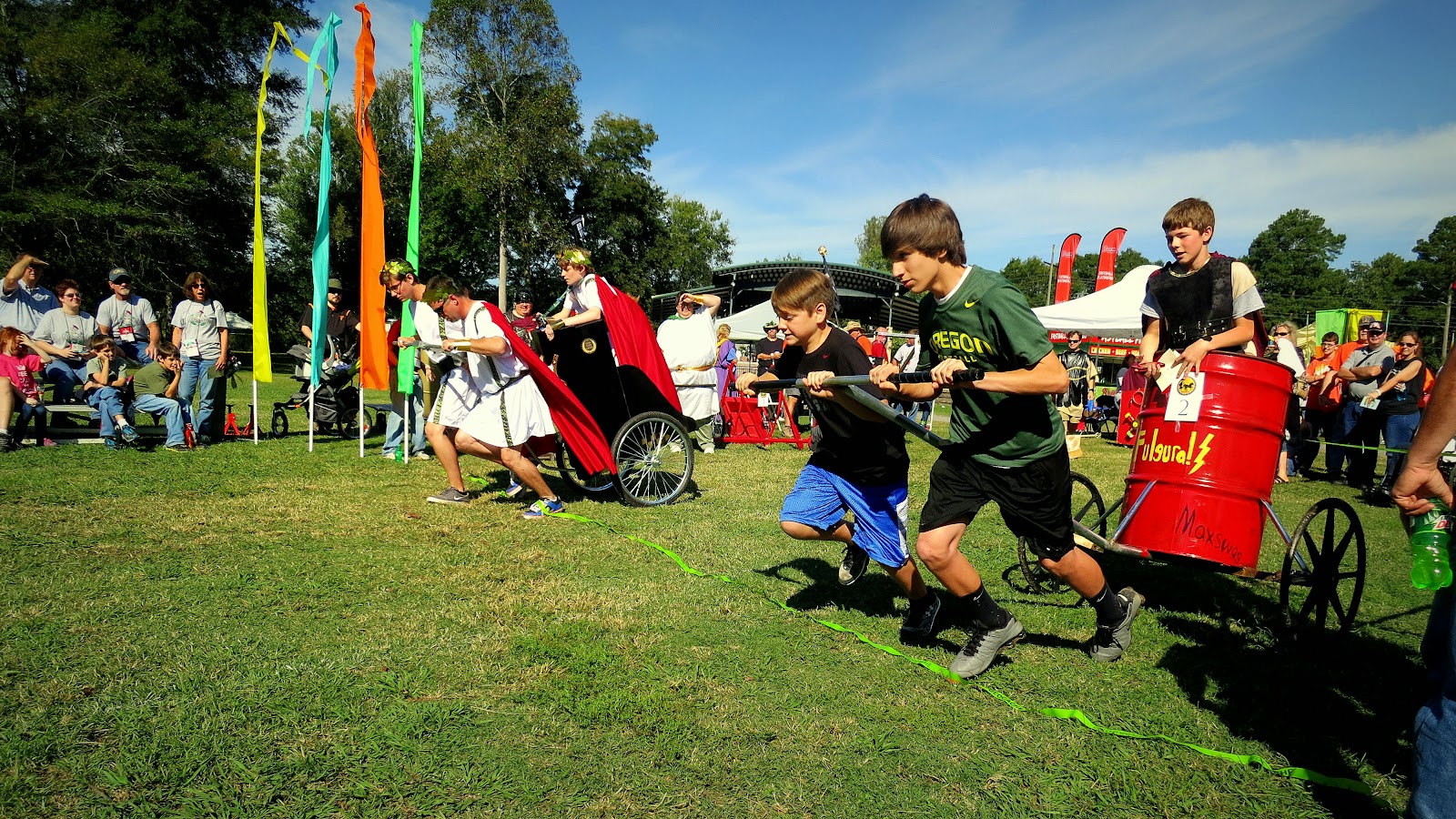 The most interesting thing about this race is that no one ran the same course.... at least not at the same time.  Each team was given a series of waypoints, and the navigator in the chariot told the pullers where to go.  The only consistent thing about each course was that they were all 500ft long.

You can see the navigator with her GPSr in this next photo. 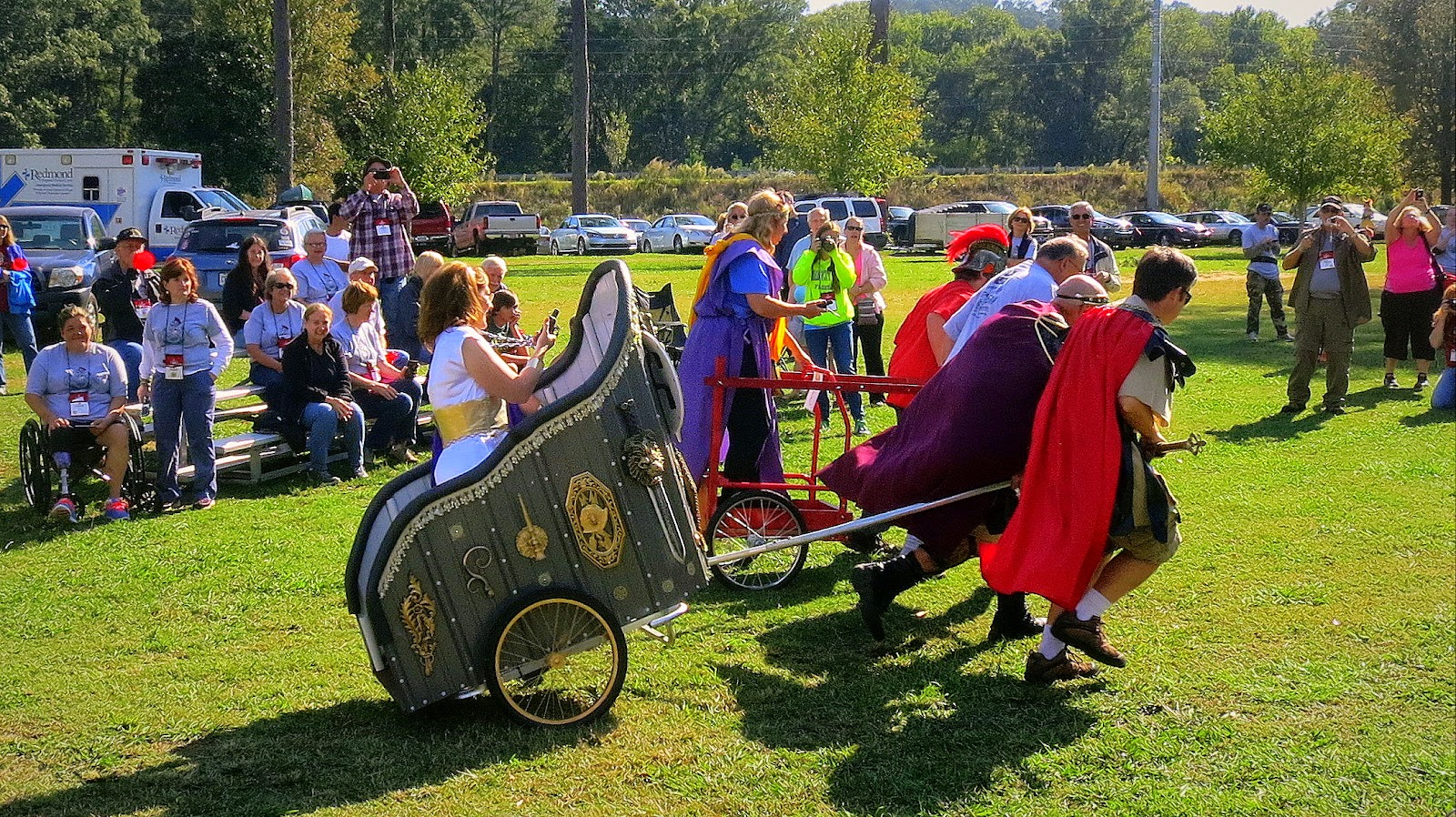 This dramatic shot is the team rushing back across the finish line. 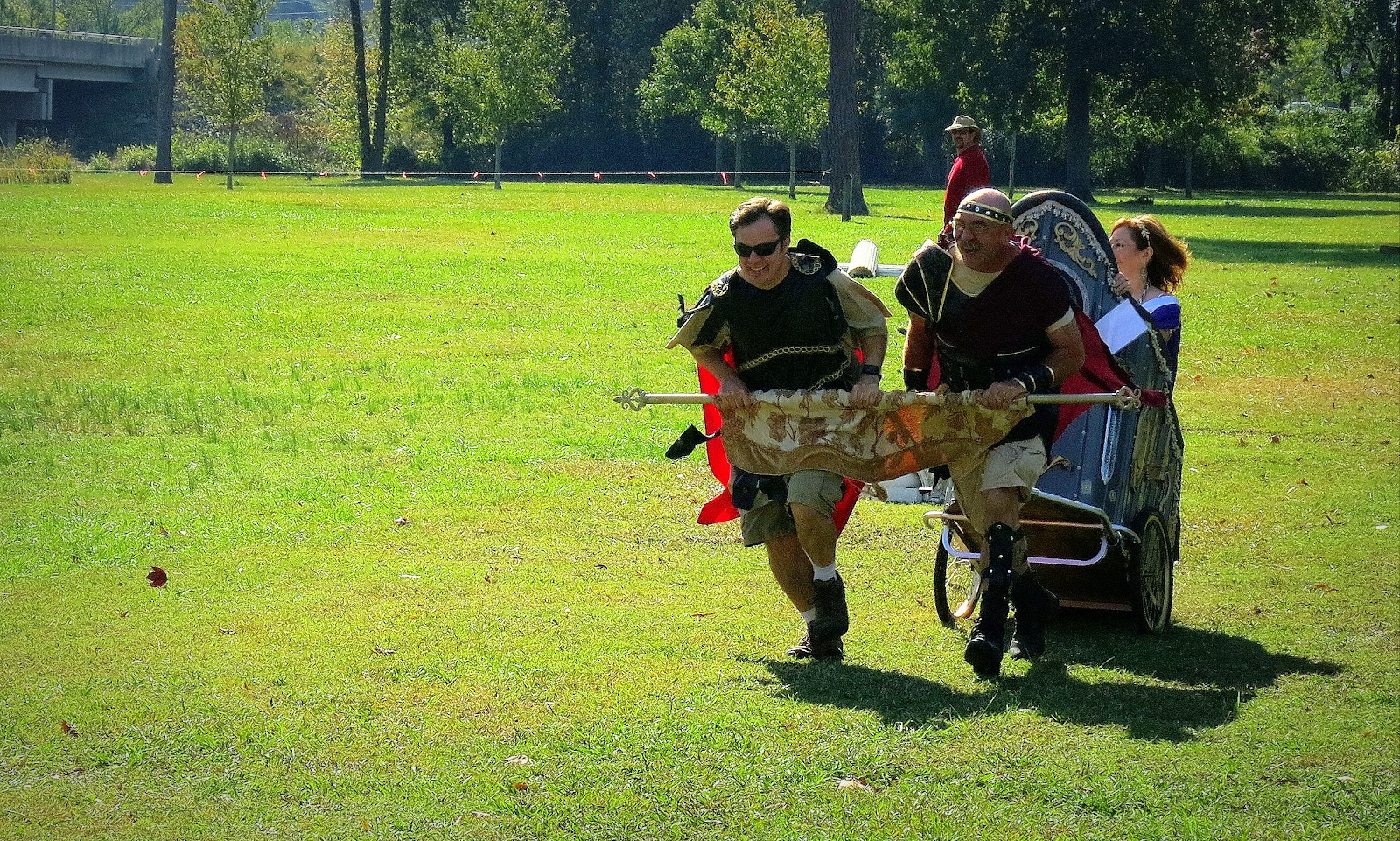 I didn't catch every race, but I did catch the final.  This is the two finalists racing off the line. 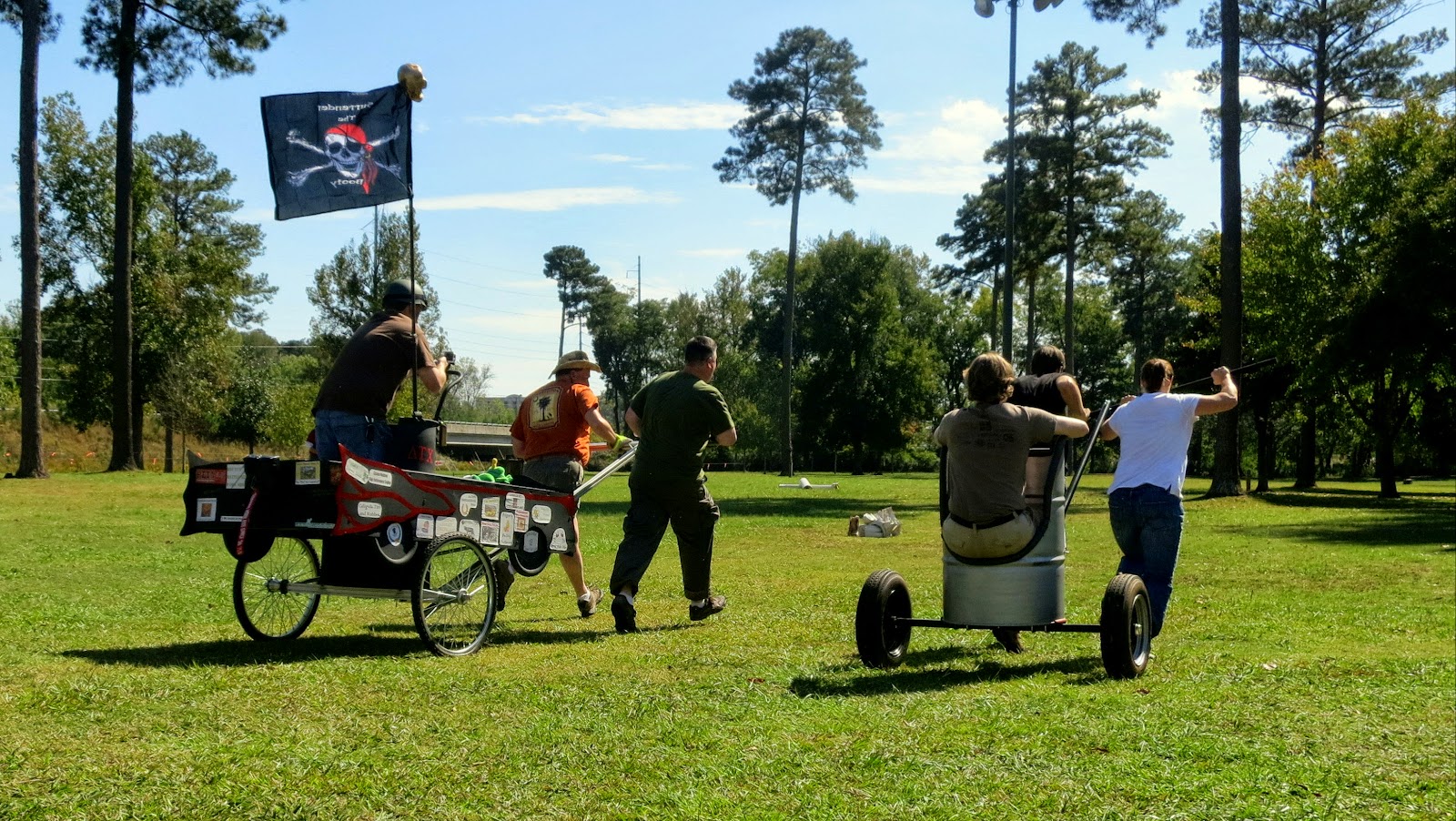 Rushing around the course, and making there way back... 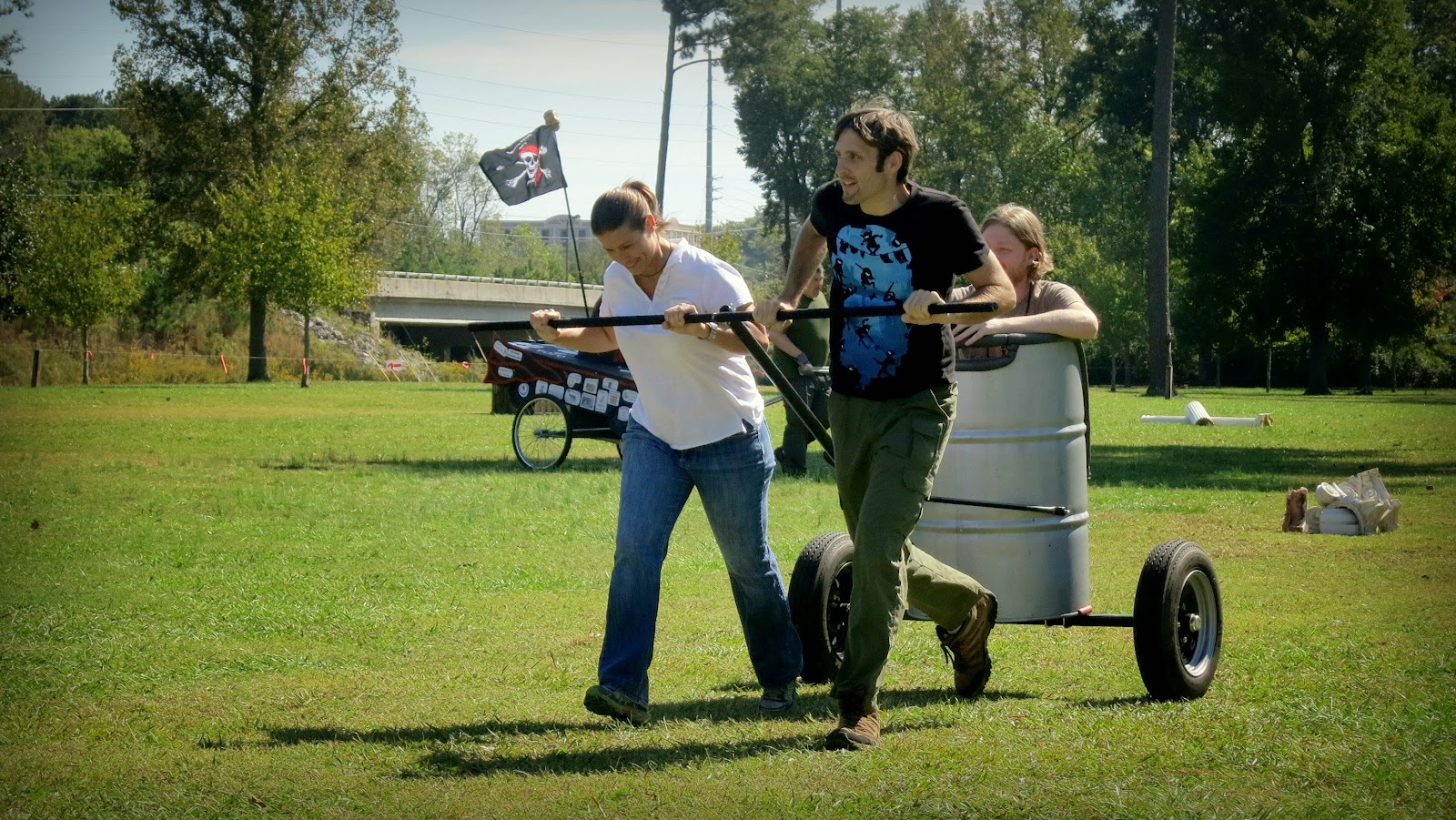 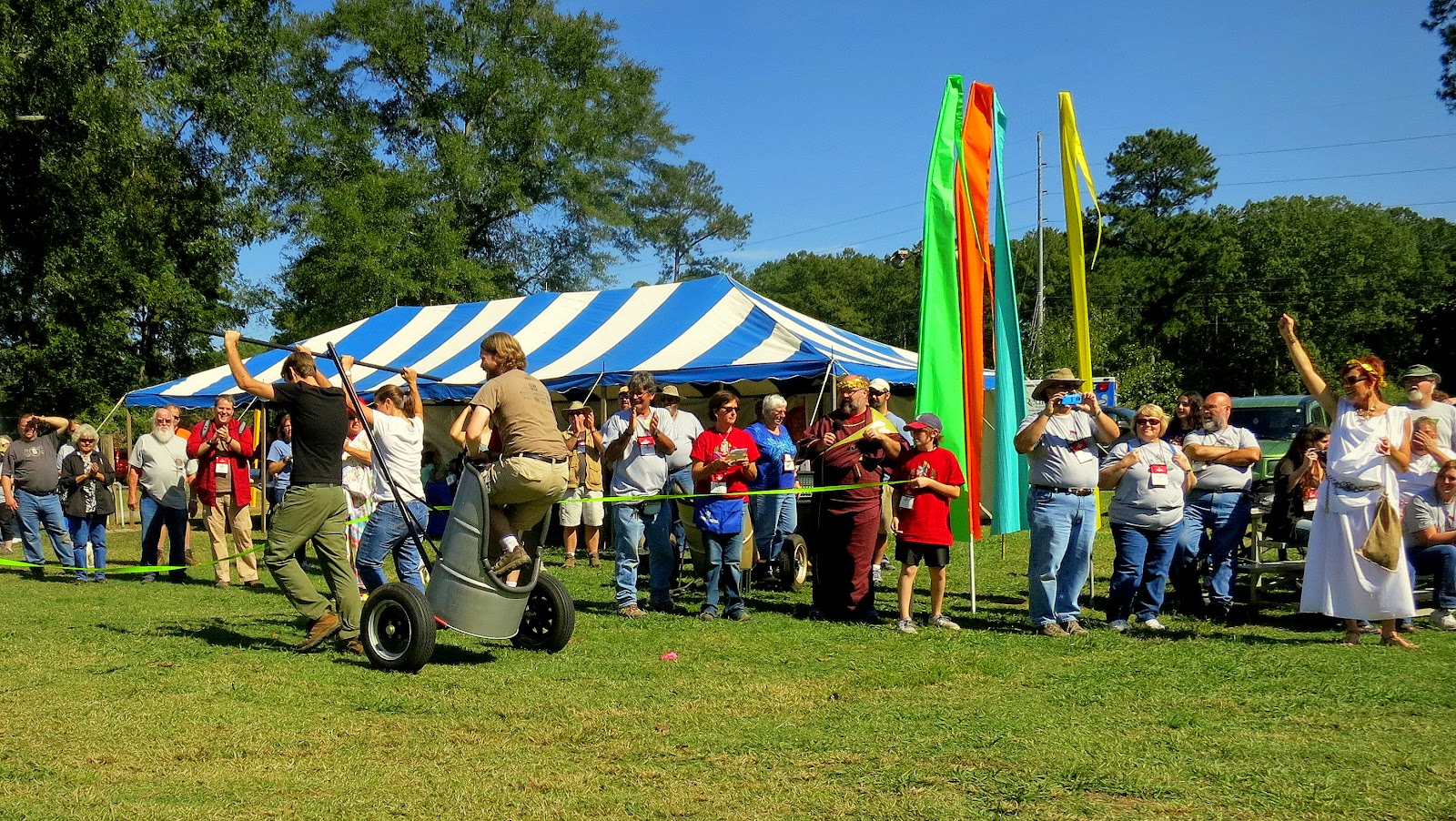 So that was the chariot race.  The winners got money prizes, we call got some fun times.

At this point I've covered the main points of the Mega, but remember the character of this event: there is always something else going on.  This means there are plenty of details left to cover, but that is going to have to wait until the next post.

Posted by Dave DeBaeremaeker at 10:11 PM