Trading path tags at events is a common activity, and Going Caching was no exception.  Going Caching had a set of 6 different pathtags, however you cannot (as far as I know) just buy the entire set - you have to work for it.

With some registration packages one gets 6 pathtags of the same design.  To complete the set you have to trade tags with folks who got a different set in their registration packets.  I managed to trade for a complete set by the second day.  Here they are: (Please excuse the photo quality - pathtags are annoyingly hard to photograph.) 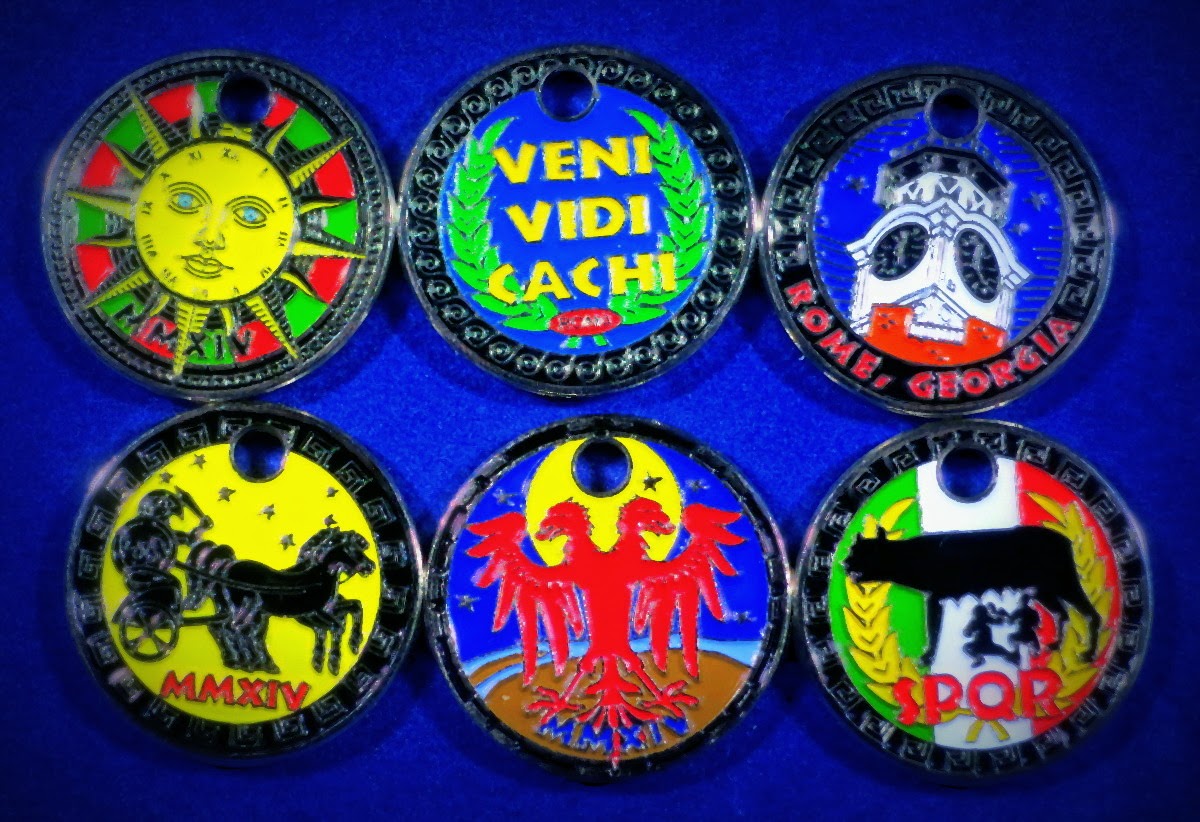 For the record, I started with six of the top middle pathtag that says "Veni Vidi Cachi".

As mentioned previously, there is always more to Going Caching than meets the eye, as evidenced by this limited edition pathtag given to members of the Going Caching crew.  I was given one by a volunteer at the very end of the event: 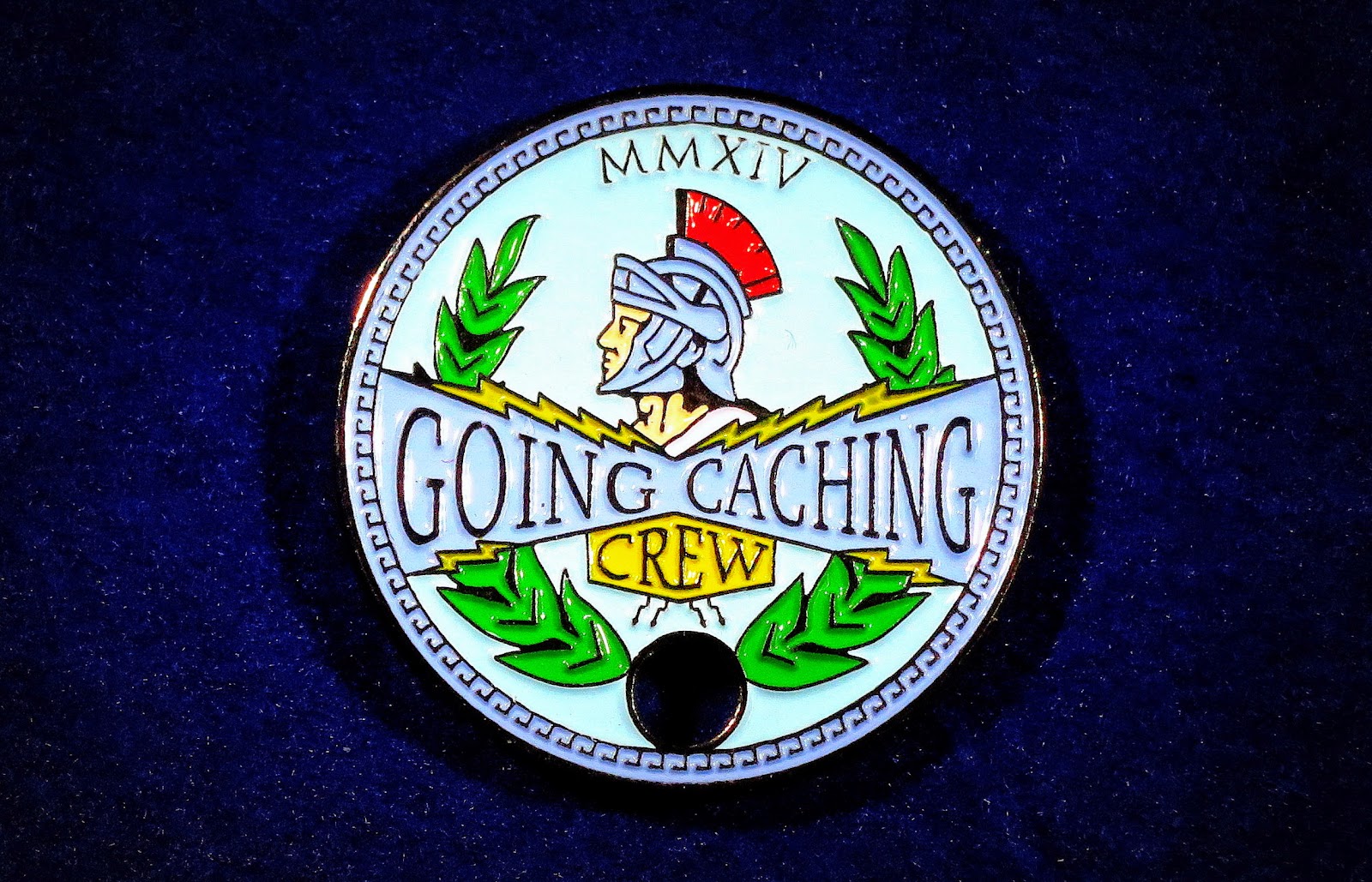 I also traded my personal pathtag with many folks, so I came back with a huge collection. It is nice to have these unique souvenirs of the folks you met on the trails, and at events.

This is my final post about Going Caching.  It is such a huge event that I am sure I forgot something, missed something, or got a detail or two wrong.  It is such a fanstastic extra long weekend of events. I am already making plans to go back next year.  It will be in the same place, Rome GA, with a different theme: The Renaissance.

I hope to see you there next year!

Posted by Dave DeBaeremaeker at 7:01 PM