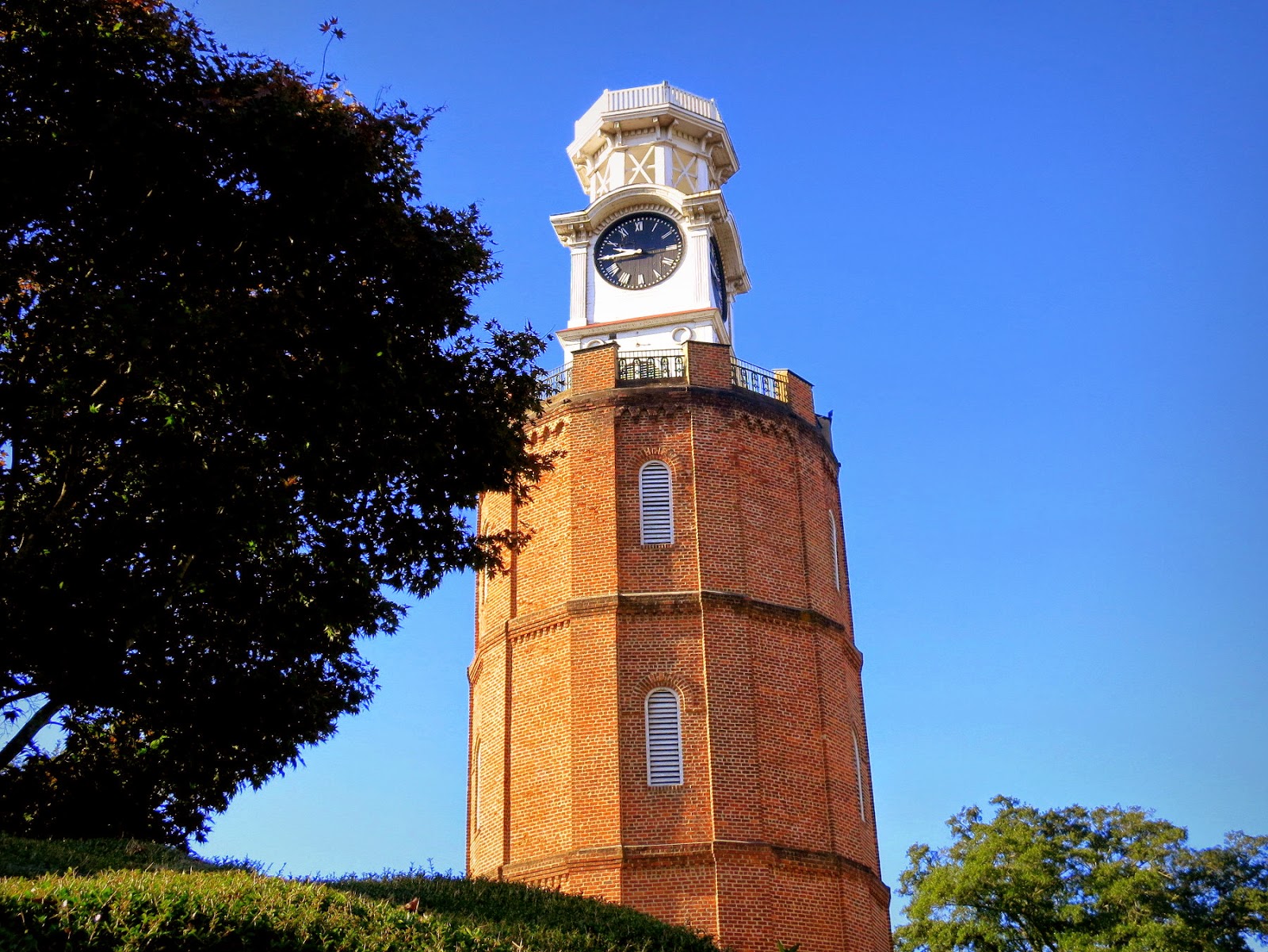 Going Caching, while technically a one-day Mega event held in Rome Georgia, is really 4.5 days packed with back-to-back events, with some great geocaching in between.

In total there were 10 events, including a coffee social, picnics, murder mystery night, comedy shows, tales from ancient Rome, a geocaching film festival, and a farewell breakfast.

One of the most memorable events, and one of the first, was the flash mob held on Thursday morning at Clock Tower Hill in the middle of town.

Since the theme of the Mega was ancient Rome, several of the events, including the flash mob, asked members to dress in togas, and various other roman themed costumes. 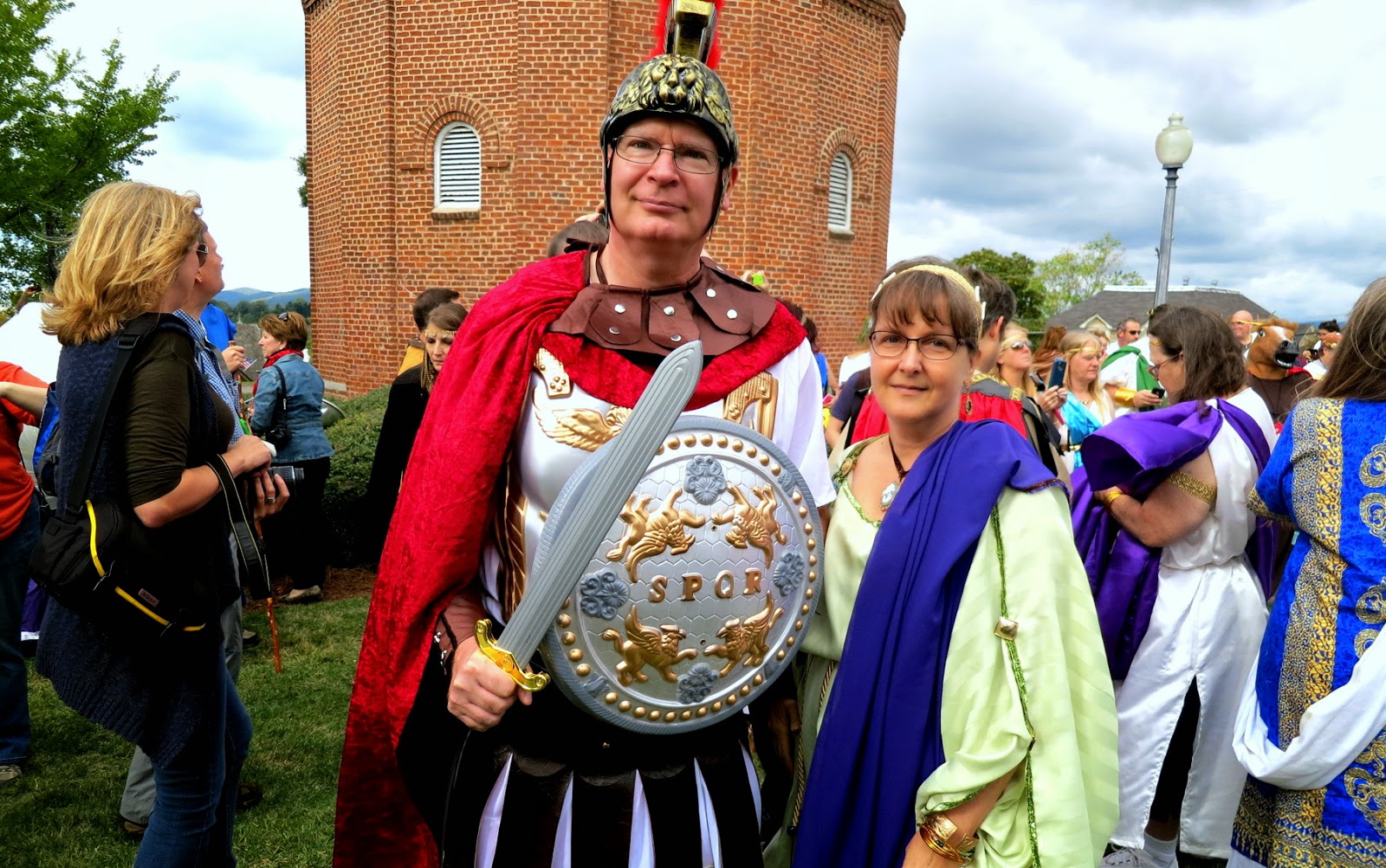 Music was played by select members of the Rome Symphony.  We all sang Thats Amore.  Seemed an odd choice at first. 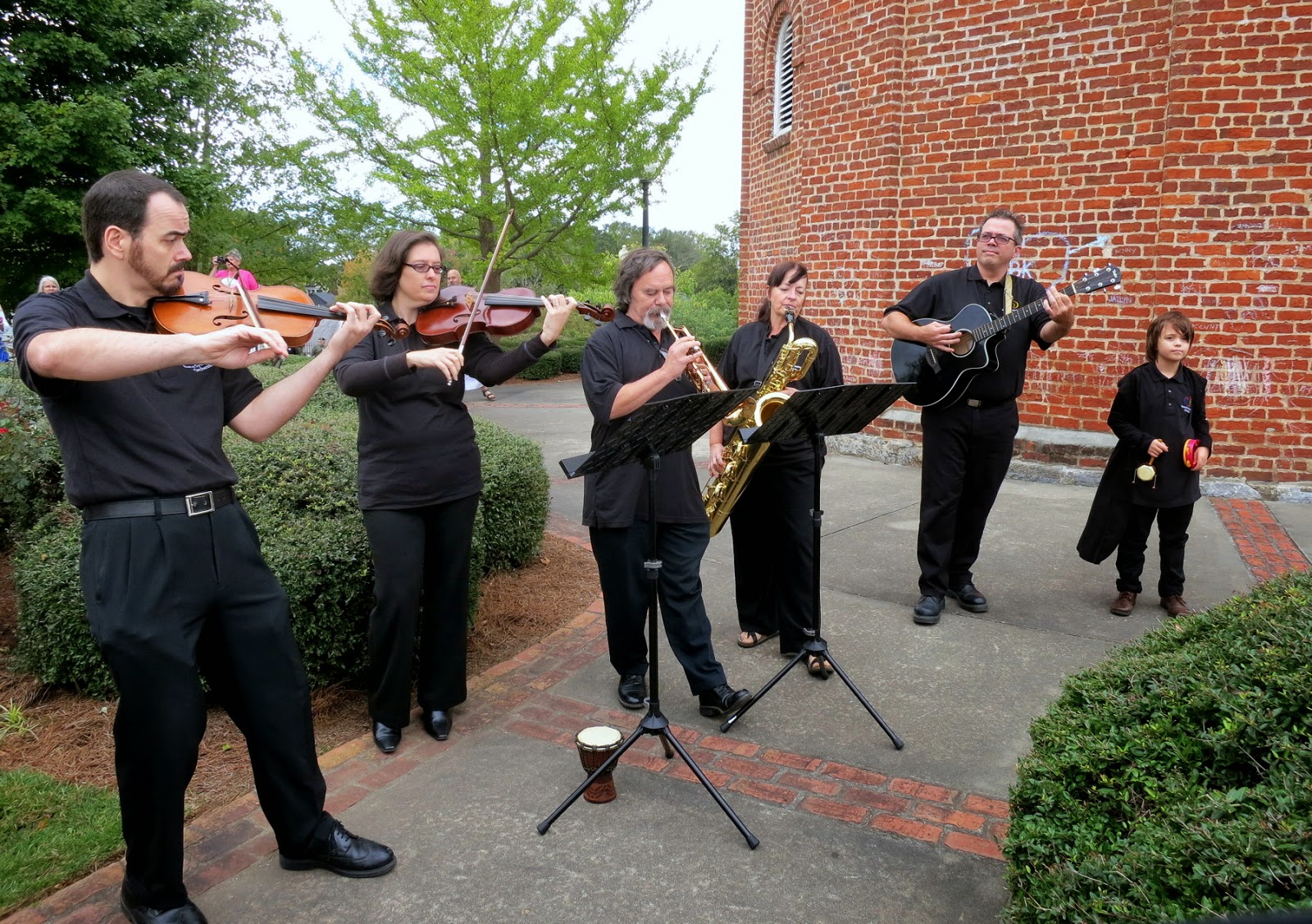 We all milled around the base of the clock tower for a few minutes, checking out the various costumes, and singing a tune. 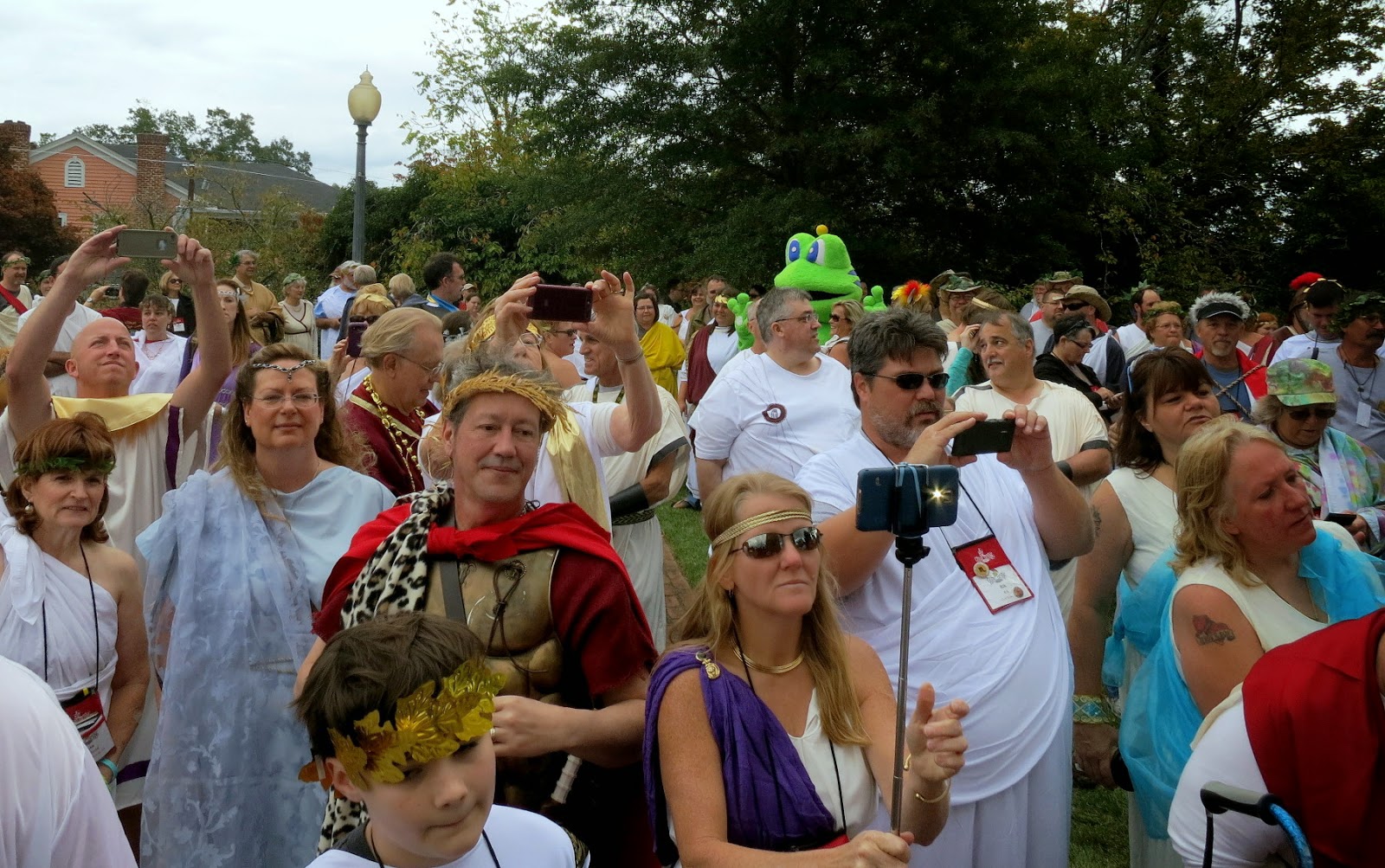 At one point one of the volunteers made a proclamation, then he made his way down the tower for a "surprise." 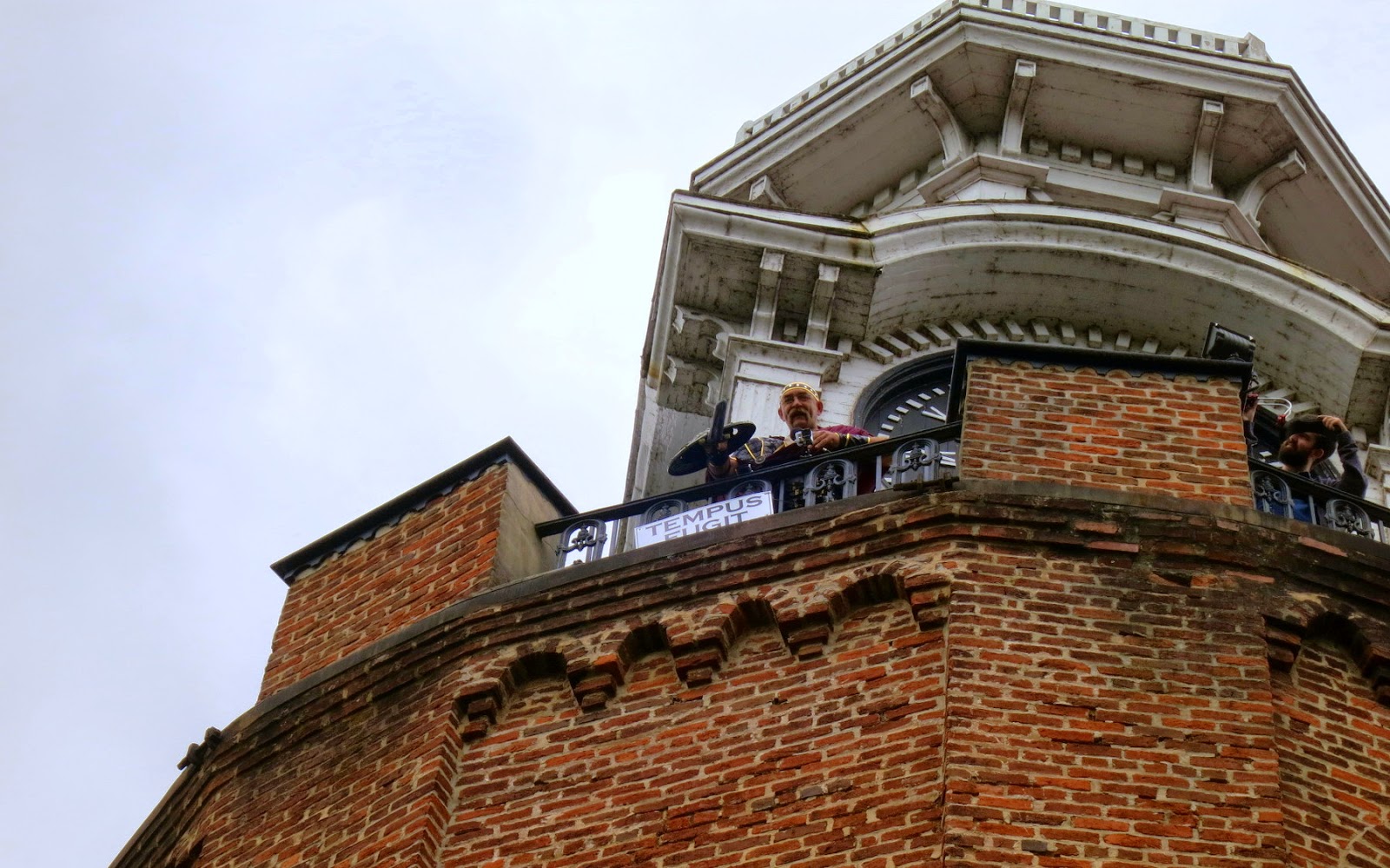 He then walked over to another cacher (Groundspeaks September Geocacher Of The Month, no less), and proposed to her.  Thats Amore makes a lot more sense now! 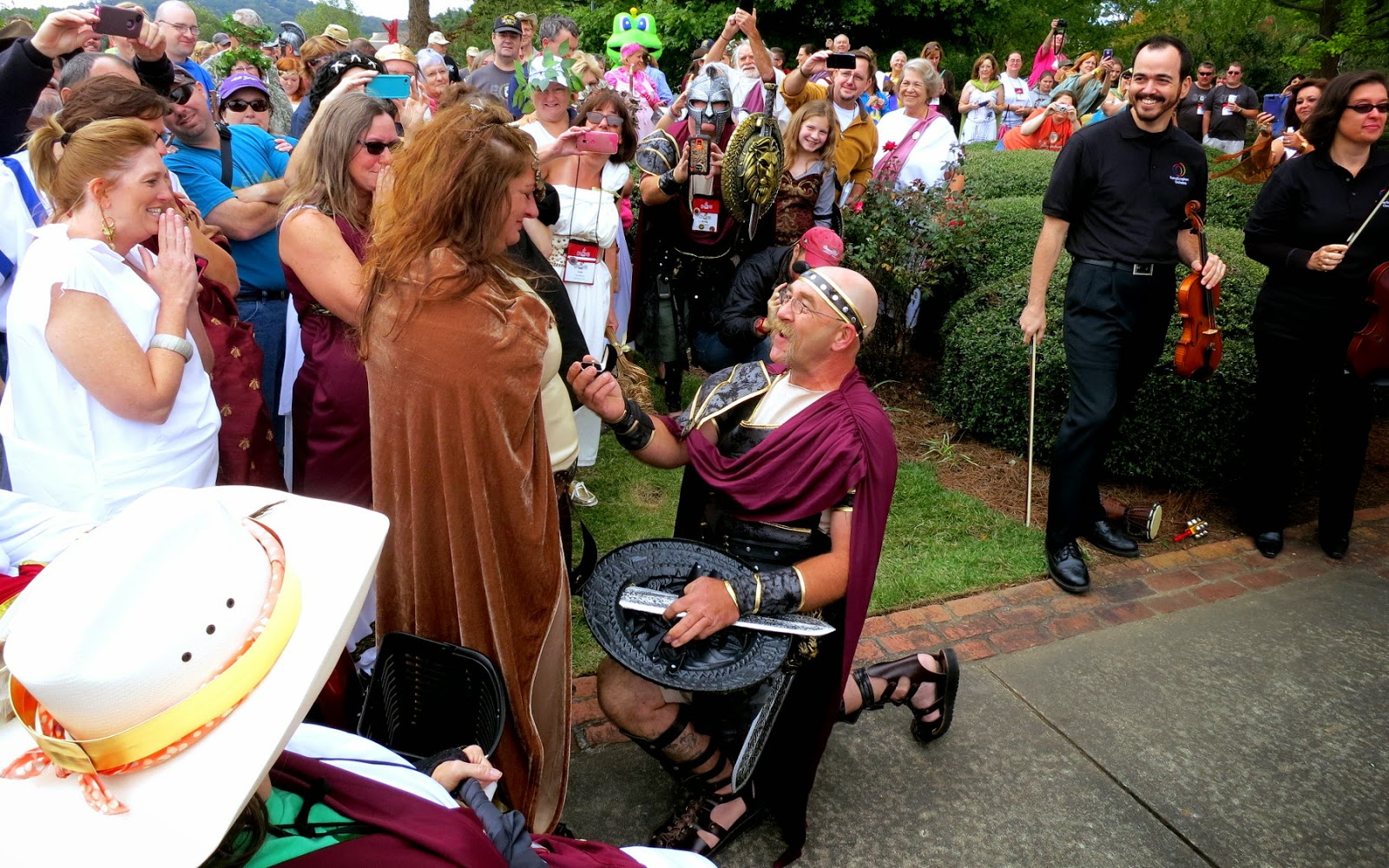 After the flash mob, the Rome-Floyd Visitors Center opened up the tower so we could all go up and check out the views.  Apparently the tower is only open to the public for an hour once a month, so going up the tower was quite an honour.  The views from up there were spectacular.

As it turned out, the city ended up doing a lot for the cachers over the weekend.  Over and over we were given special treatment, and waived parking fees for events.  I think we made a good impression on the town.

This was only the second of 10 events, and I had a whole lot of geocaching left to do.  However those stories will have to wait for future posts.

Posted by Dave DeBaeremaeker at 9:40 PM