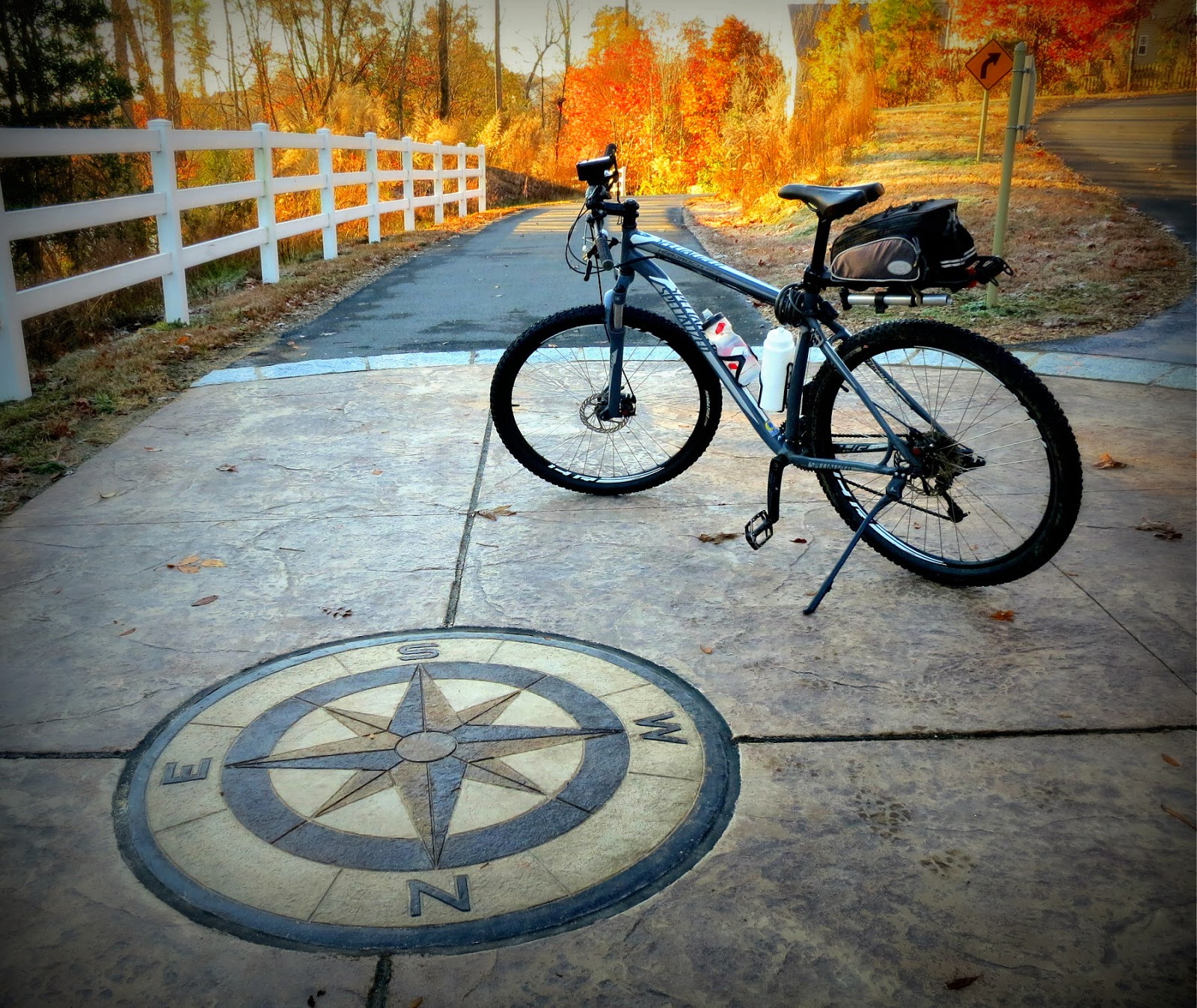 Today I continued the age old Black Friday tradition (that I started last year) of taking a long bike ride and doing some geocaching along the way.

Last year I started at the northern section of the Neuse River Trail in Raleigh NC. and stopped 2/3rds(ish) of the way down.  This year I did the southern 2/3rds of the trail.

I got my wife to drop me off at the beginning trailhead, and I headed off.

The morning was cool - 25f or so, and it barely rose about 40f all day.  Just like last year I headed south on my mountain bike and started grabbing caches.

Actually, first I had to go north a ways to snag the very first cache.  The cache was actually across the Neuse River, over this rather cool looking pedestrian bridge. 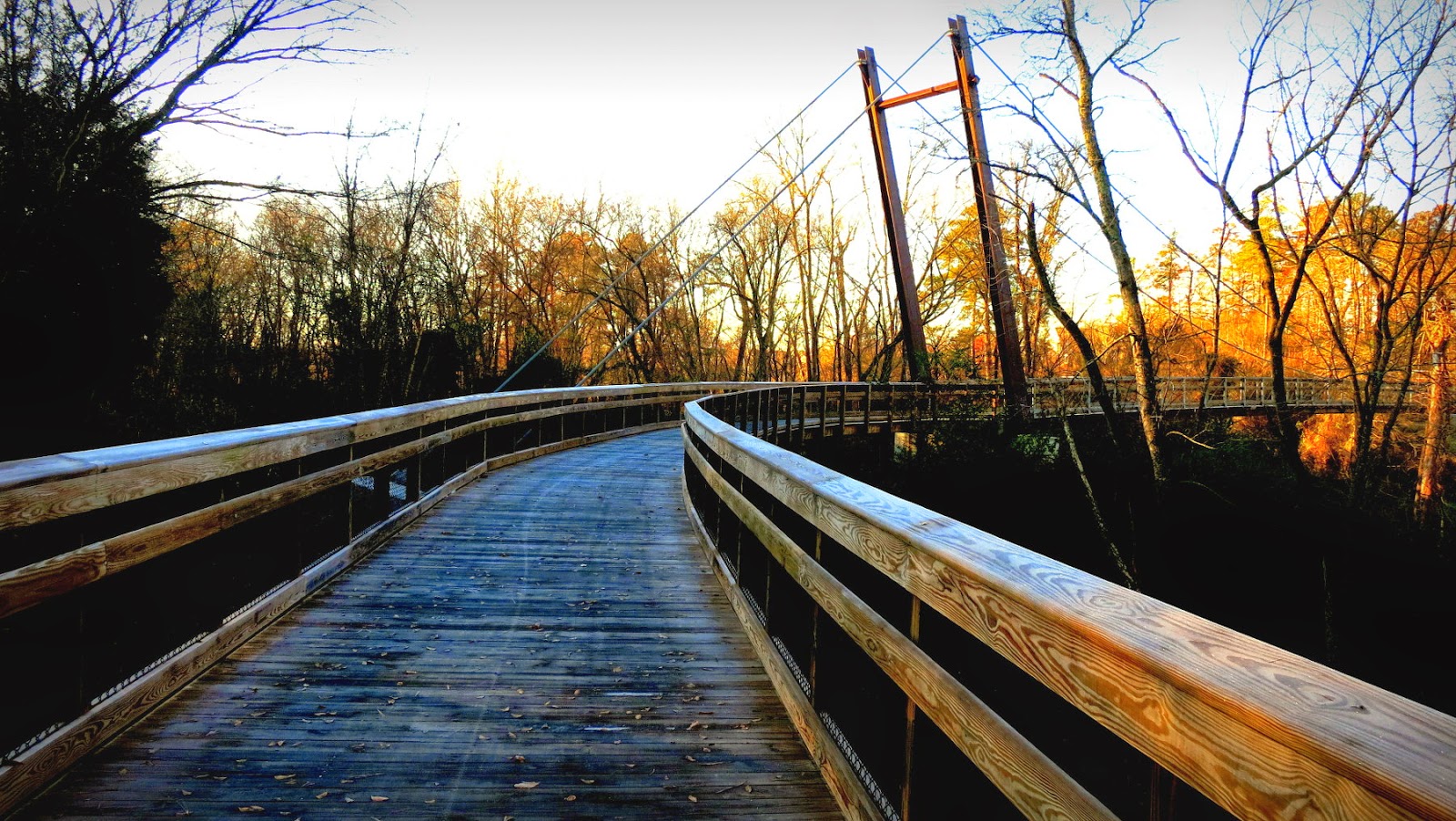 Having found that first cache, everything else was on a general southward trajectory.  I actually did several caches across the river, crossing over similar types of bridges.  One brought me to this awesome weir. 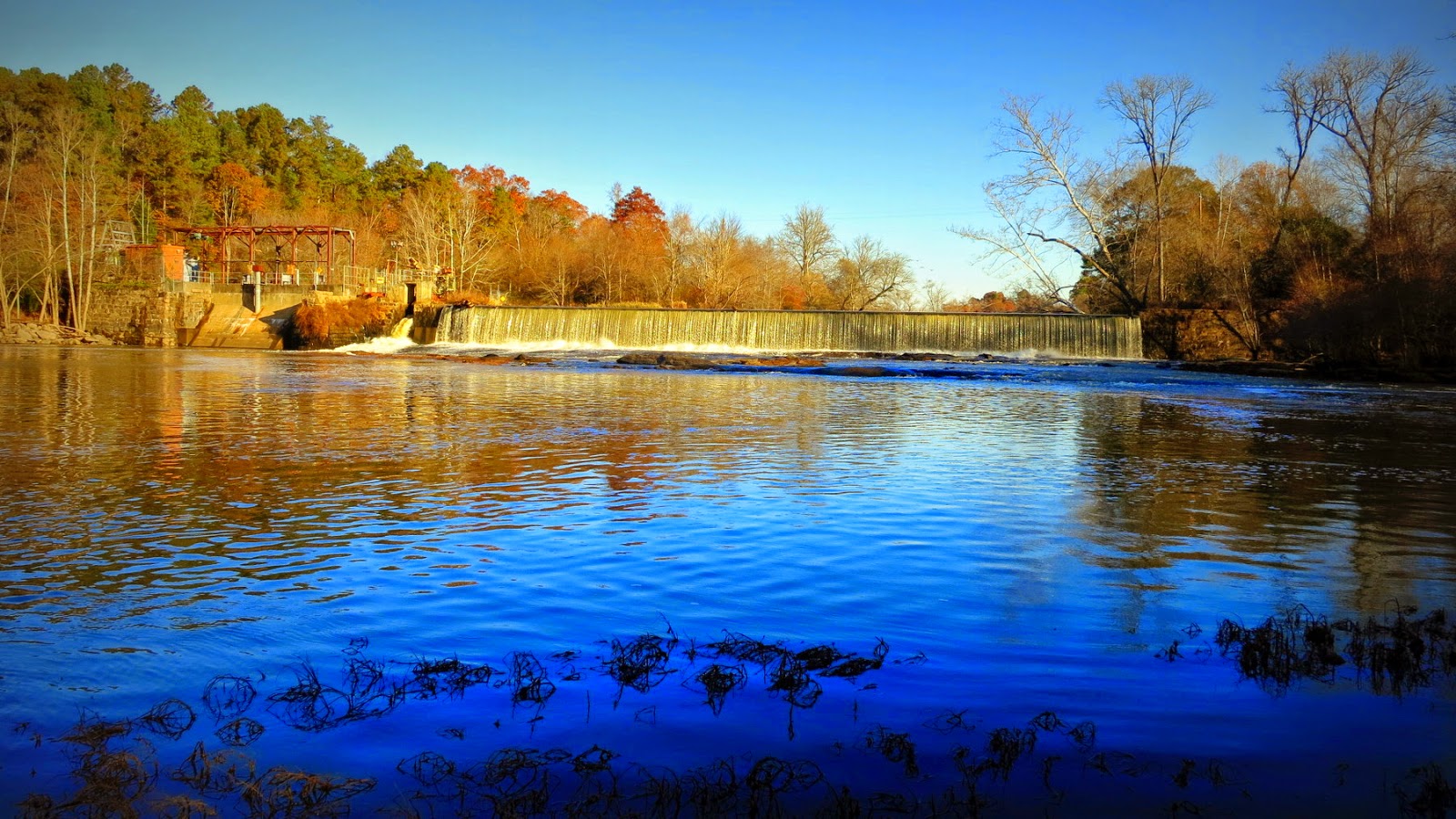 This was the first cache I found on the trail I didn't ride on last year.  It was up on a rocky outcrop, and gave some cracking good views of the trail, and the river. 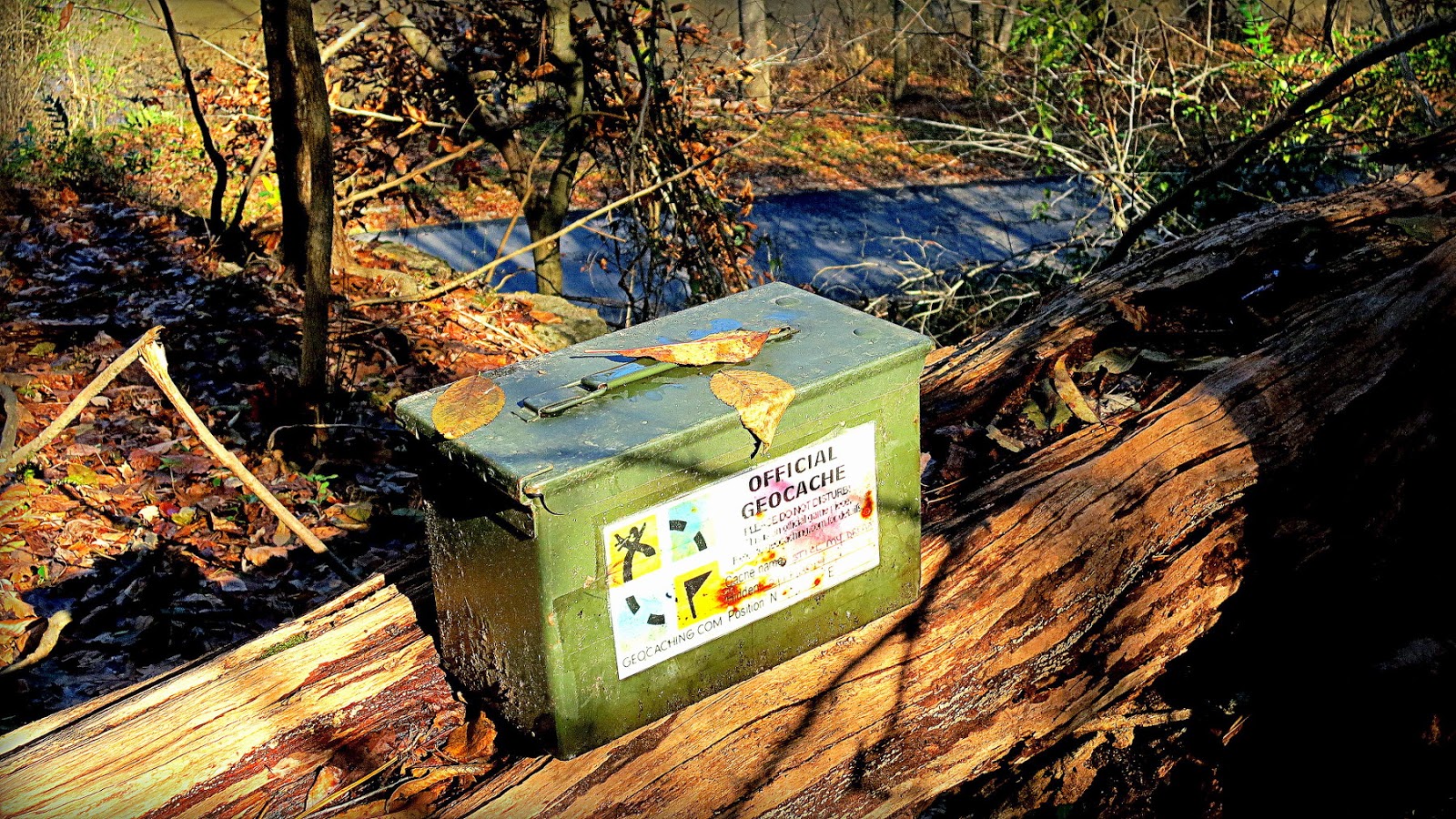 There is a bench at the bottom of the rocks from this cache, and that is where I ate lunch.

After lunch I continued south.  Eventually I crossed over from Wade County to Johnston County. 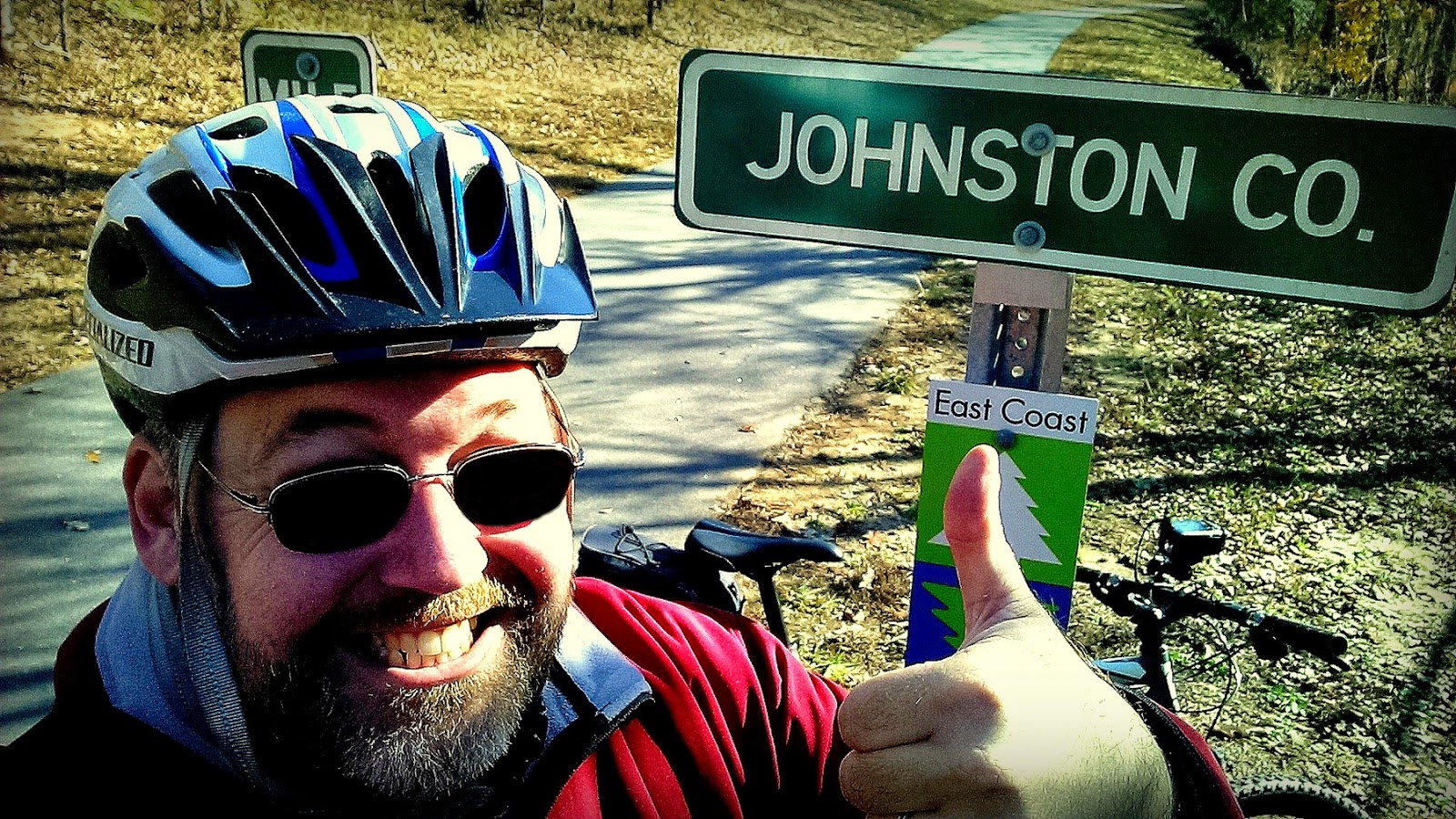 I realized as I crossed the imaginary line on the trail that this was the first time I had rode a bicycle across county lines.  Not sure why, but it felt like something I should note.

A short while later I came across this rather pretty looking view of the river. 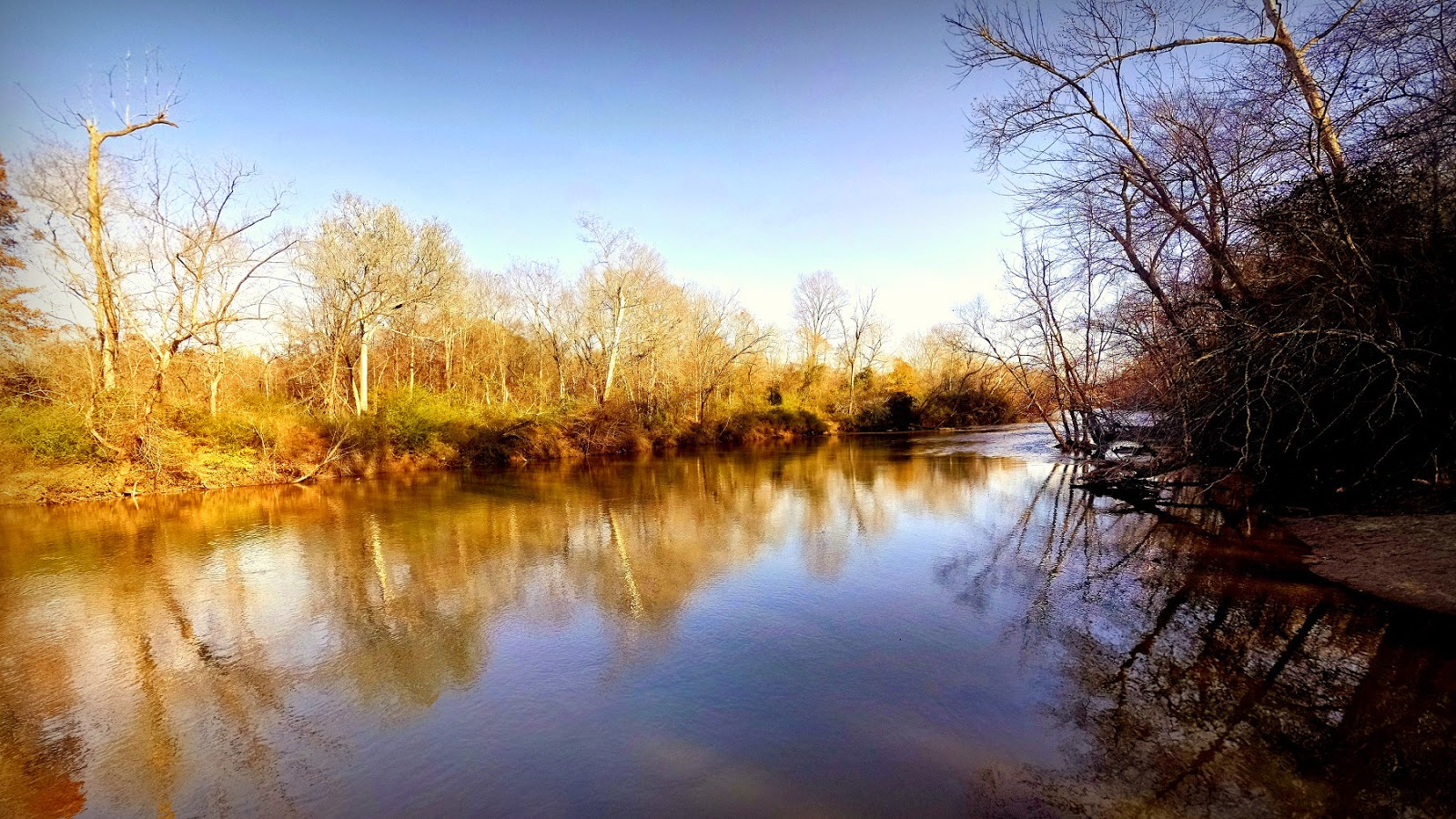 So I stopped to admire the view for a while, as one does. 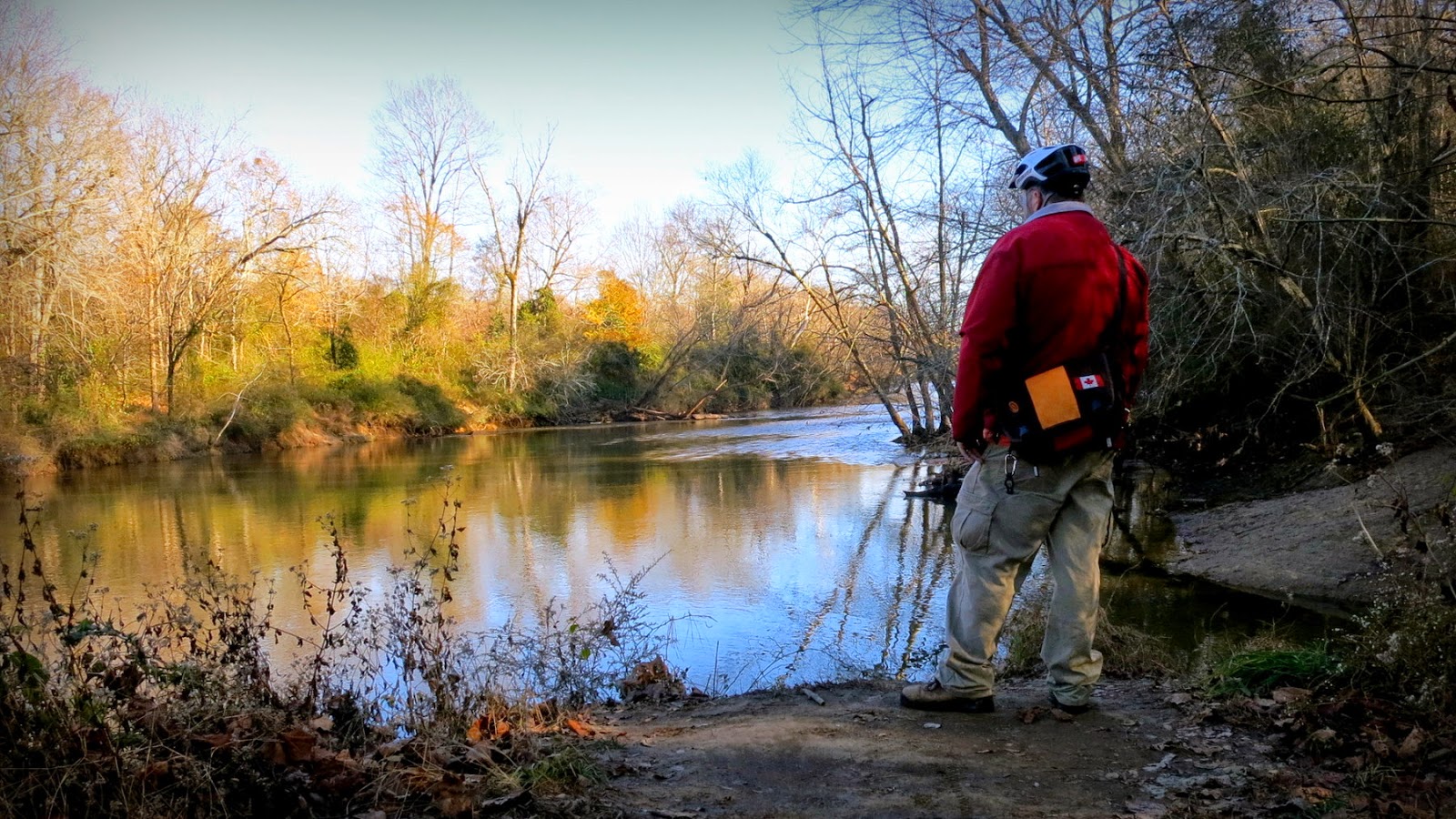 When you get to the end of the trail, it quite literally ends.  No fan fare, no gradual transitions to city streets.  Just a berm, and a superfluous stop sign. 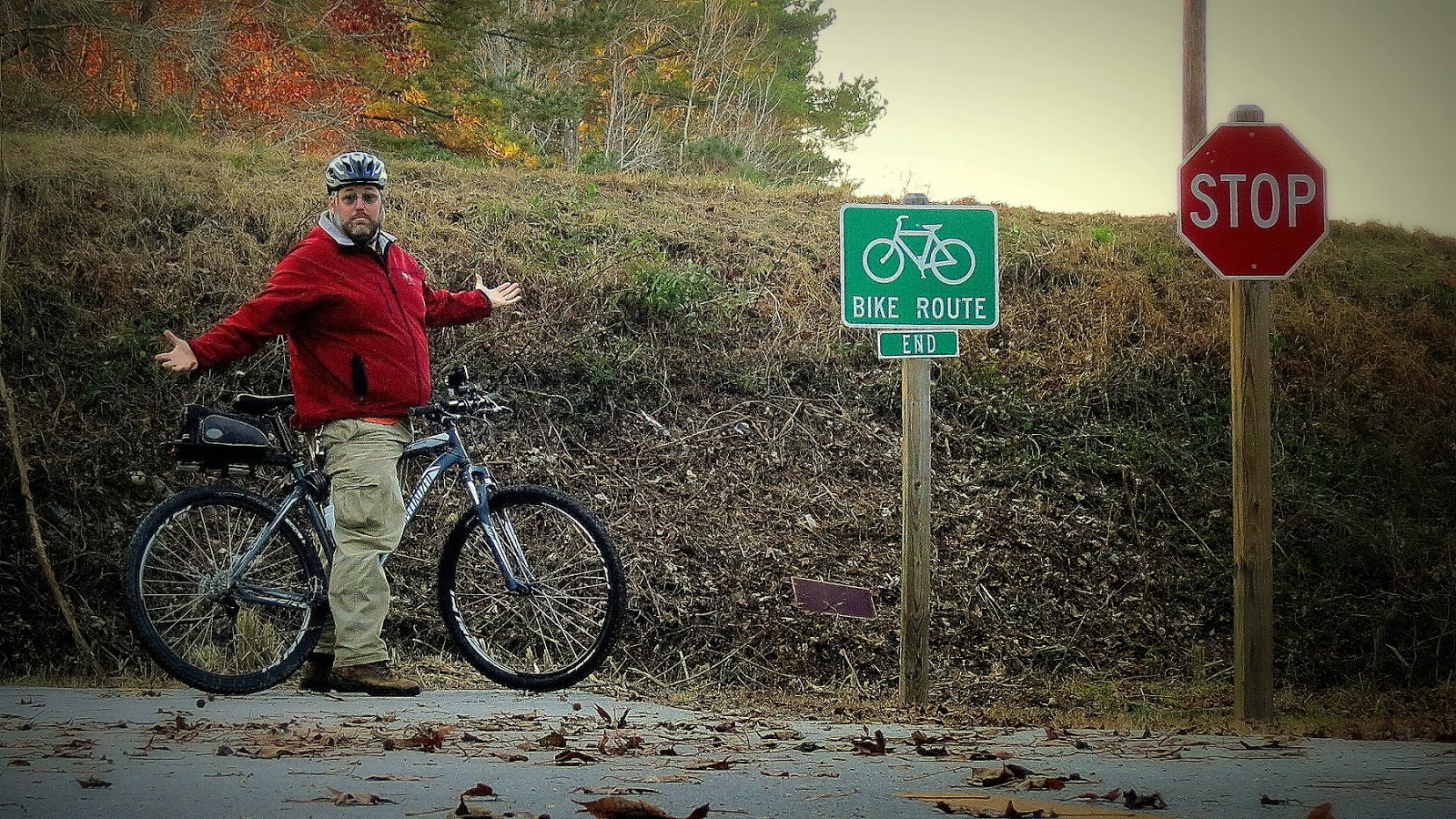 Actually there is a parking lot a bit father back down the trail and off to the right.  That is where my wife picked me up.

Today I rode 25.01 miles, and found 31 geocaches.  Another great Black Friday spent out on the trails.

... and I still didn't have to step inside a store.
Posted by Dave DeBaeremaeker at 10:23 PM