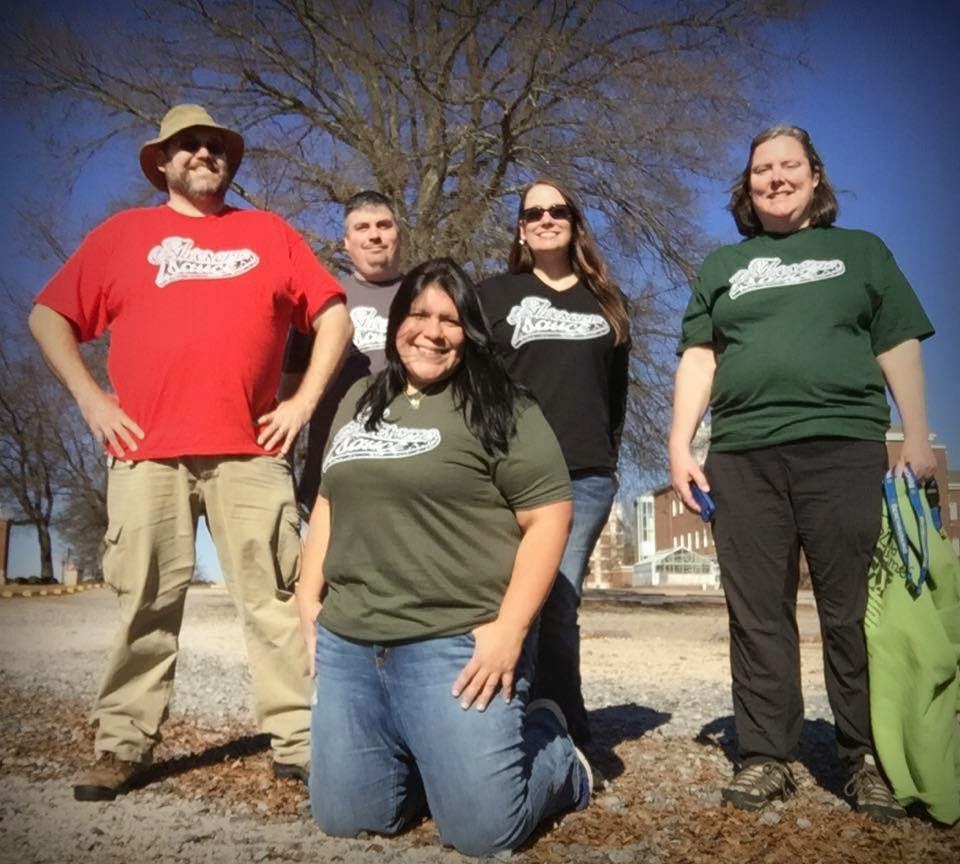 I am blessed with a great group of friends who like to go on geocaching adventures.  So far we've done a weekend long power trail, and some geo-art.

We call ourselves Team Awesomesauce (for obvious reasons), and we are: Yours Truly, HoosierSunshine, FailedApparatus, NCBiscuit, and the enigmatic NinjaChipmunk.

This past weekend we went on another adventure. We started in Charlotte North Carolina, and ended up playing geocaching trivia in Columbia South Carolina. This is the story of that whirlwind adventure.

We started in north Charlotte where we found a puzzle cache, a challenge cache, and a well hidden micro. 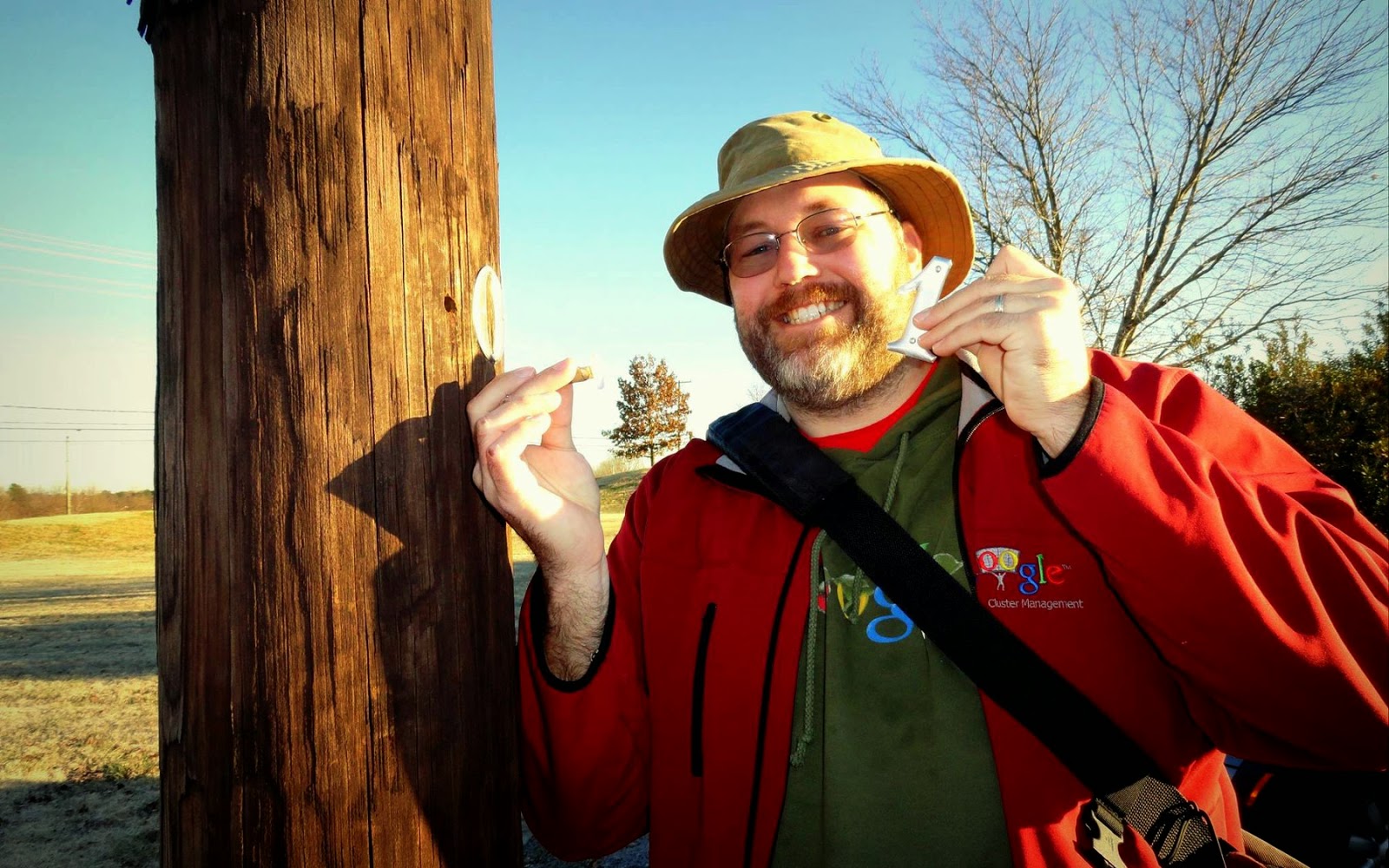 While we were in the area we took advantage of the season and found a cache that was placed in a valley that is covered in kudzu during the summer months.  The vegetation was a lot more navigable this time of year, so the going was easier. 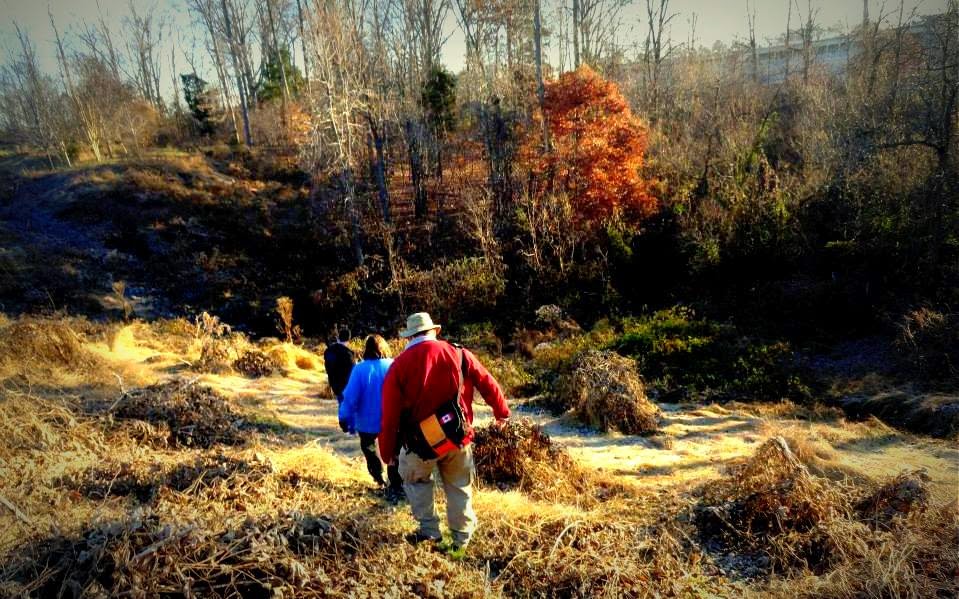 We then headed over to Rock Hill SC where we did a couple multi's, a puzzle, and some gadget caches.

The coolest cache was a Letterbox Hybrid called I'm Not Lost, I'm Geocaching (GC4J01E).  The cache involved following a series of arrows from the cache description to work your way across the campus at Winthrop University.  You really should check that cache out for yourself.

After lunch we drove the 75 miles over to Columbia South Carolina where we did some more fun caches.  The first was at this really cool mural of a tunnel. 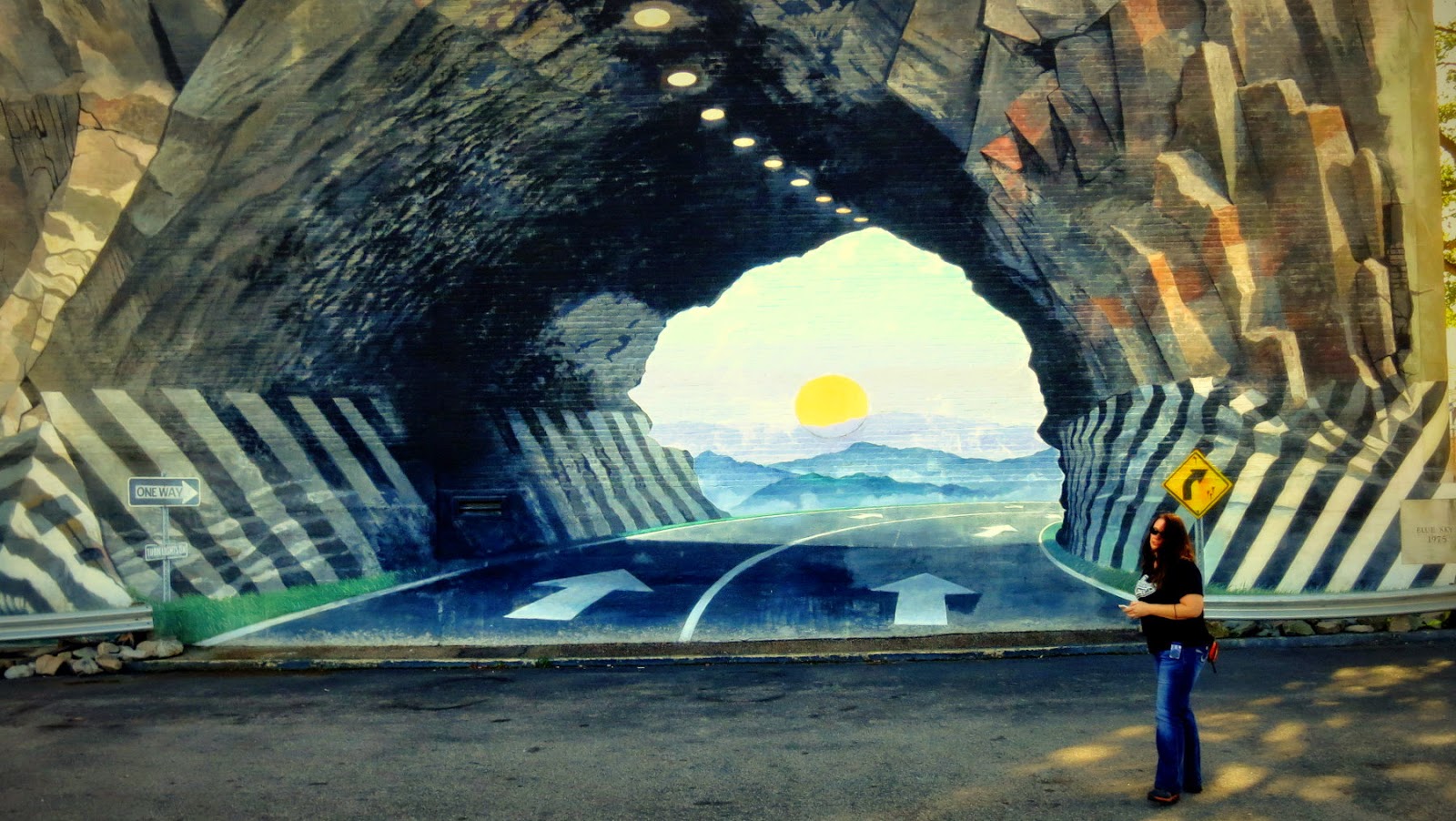 That cache was interesting for an unusual reason.  The mural is on a 3 storey building overlooking a parking lot owned by a church.  While we were there the church was having all of the cars in the parking lot towed.  As a result we had to dodge several tow trucks, and one really angry car owner,  while finding the cache.

Once we found it, we took a few moments to admire the fire hydrant where Clifford The Big Red Dog goes for walks. 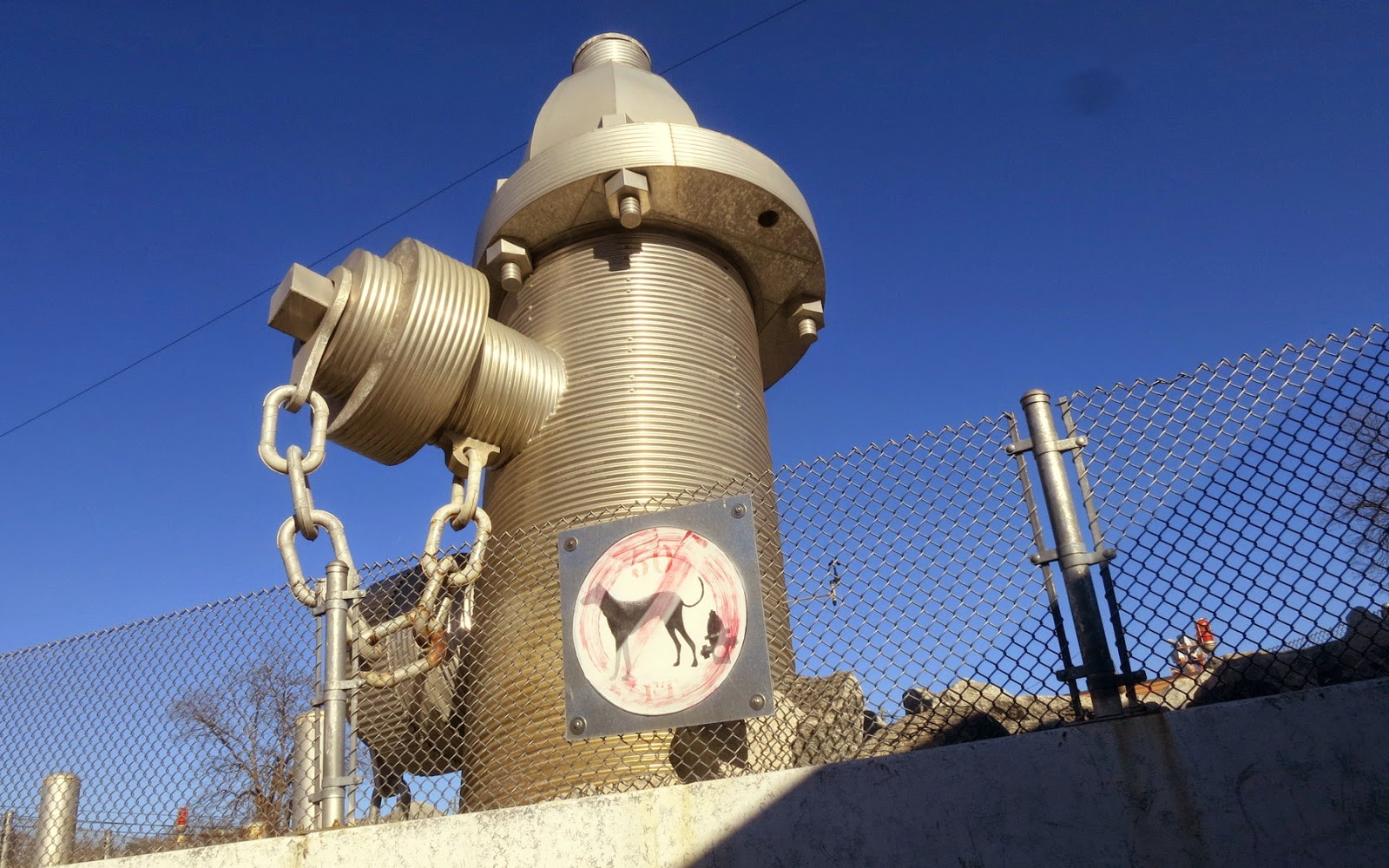 We then checked out the state house, festivally decked out for the holidays, then took a walk down main street in search of another rather cool multi-cache. 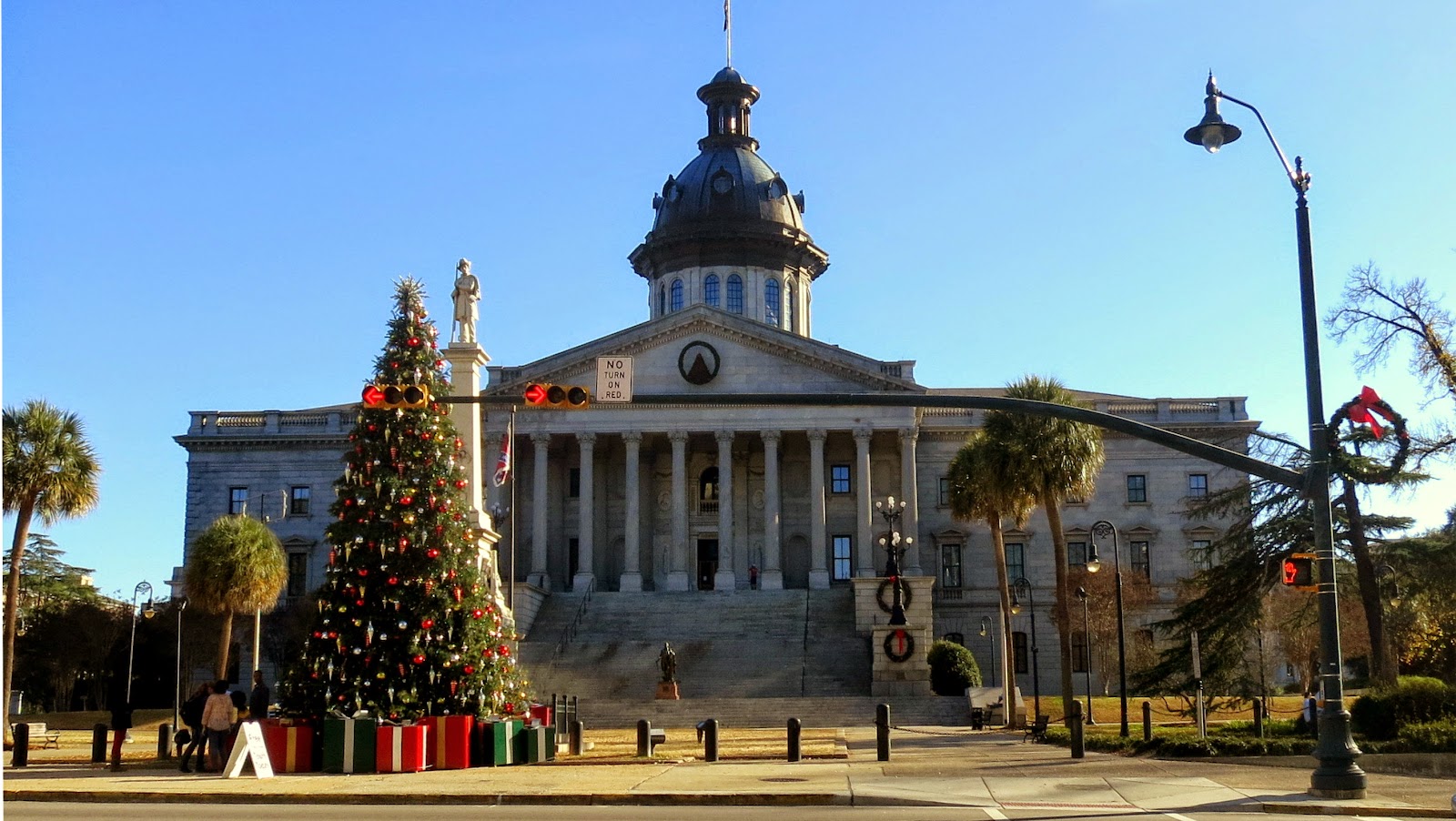 Along the way we decided to become street performers to earn some gas money.  We were not successful. 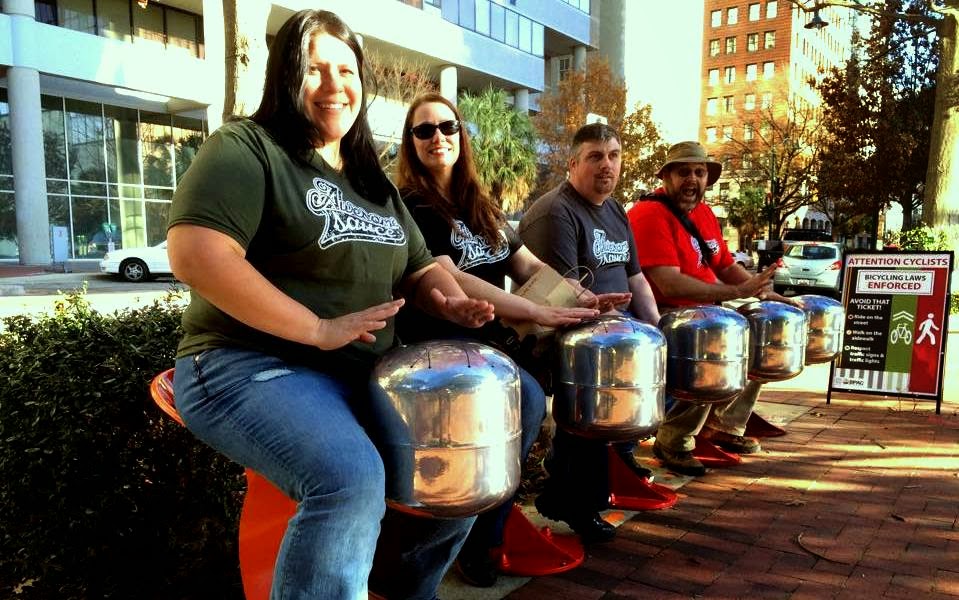 One of the last caches we did was a cool gadget cache.  The cache is a 5 gallon bucket suspended 10ft in the air via a rope that is attached to the tree with a padlock. Another rope hung down from the bucket. To open the cache one needs to pull on the bucket rope, at which time you get dumped on with ping pong balls.  Also in the bucket is the log book, and a key to open the padlock (and allow you to reset the cache.) 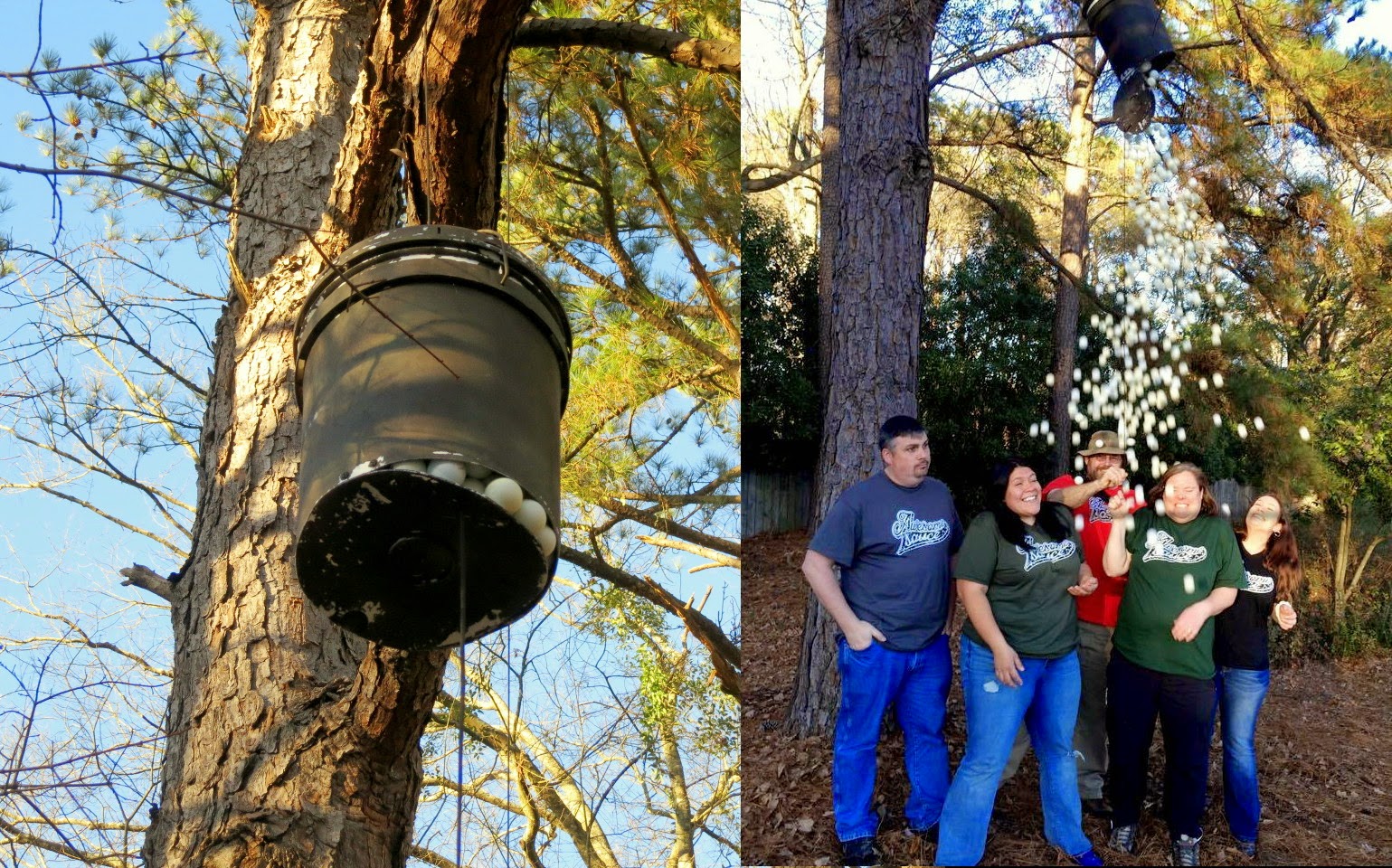 We had so much fun we did the cache three times.  Most of us were impressed.

Shortly after this we headed over to Fuddruckers to attend the It's All Just Trivial event, hosted by HoosierSunshine and FailedApparatus.  This event is part of a series of events where teams of 2-6 geocachers compete by answering a series of geocaching related trivia.  It is some of the most fun one can have an event, and you should all come check it out.  Keep up with future events here.

After the event we all headed back to our various houses, and closed the book on another fantastic Team Awesomesauce adventure.
Posted by Dave DeBaeremaeker at 9:00 PM