My son Zeke and I have been working on building a set of Lego that he received for Christmas.  It is a 915 piece set themed on the Ninjago universe.  It took us 8  nights to build this rather complex set, with him doing most of the work, and I mostly supervising.

In honour of his accomplishment, I made this graphic.  I present to you: Ninjago! 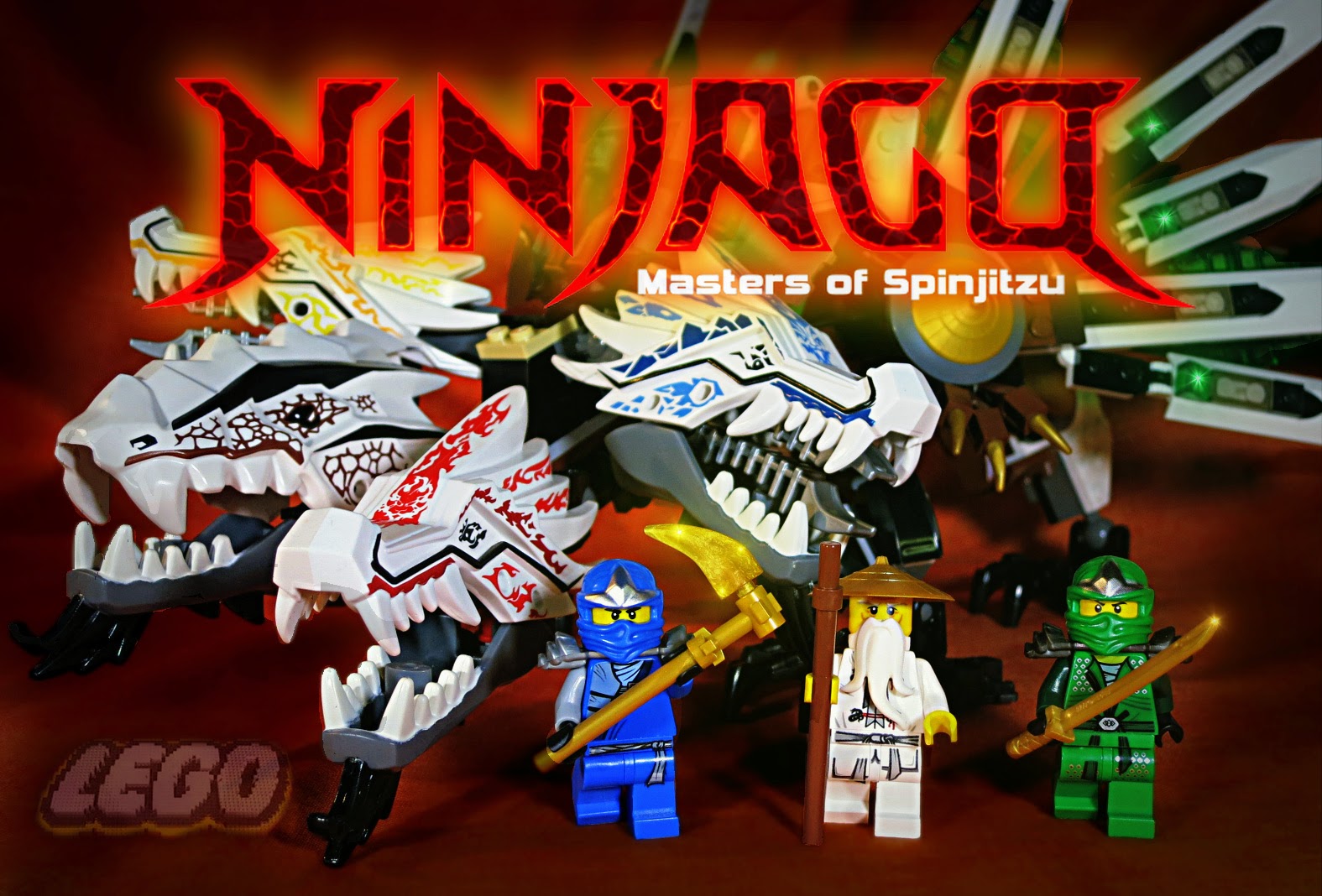 If you are not familiar, this picture is of Ultra Dragon, a four-headed beast controlled by Lloyd.  Lloyd is also known as the Green Ninja.  Also pictured is Jay, the Blue Ninja, and Sensei Wu.

The lego above is just a small part of the much larger kit.  Zeke was happy to pose with the entire set, which also includes the Great Devourer (big green snake), a snake jail thingy, and several other minifigs, including some snakes (bad guys) and the four-armed Lord Garmadon. 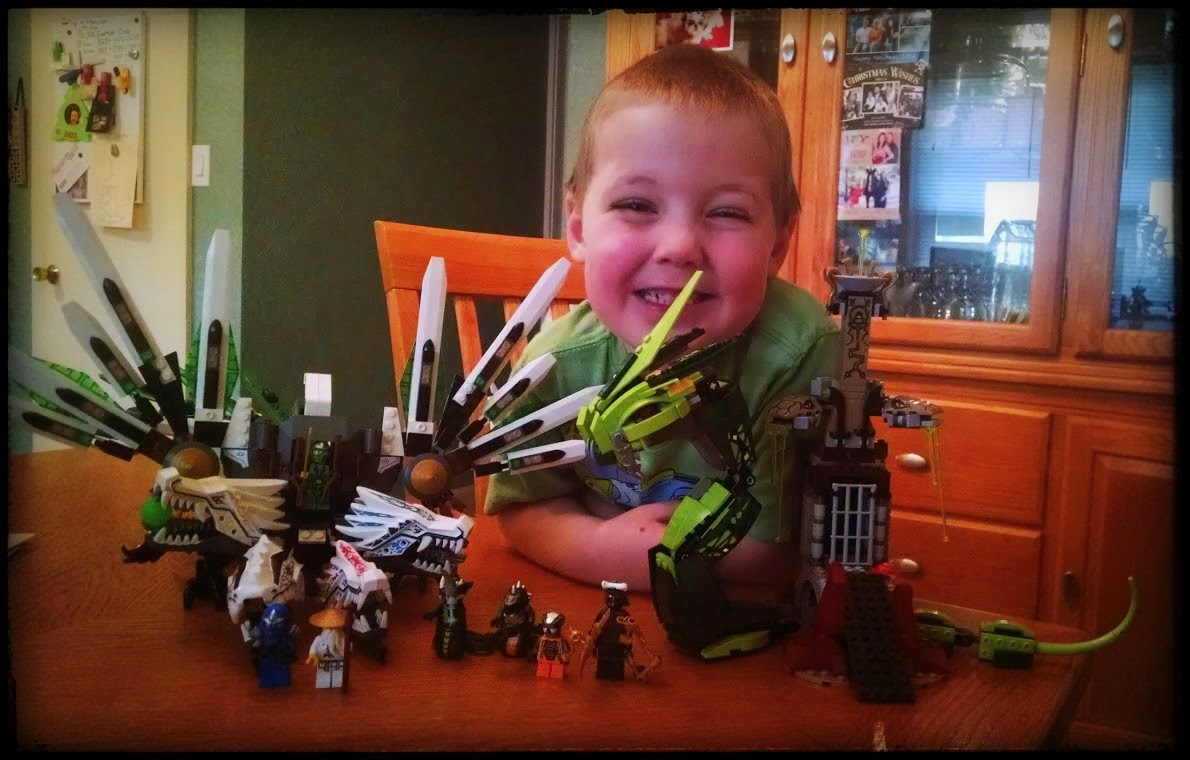 Posted by Dave DeBaeremaeker at 8:43 PM