My Pacolet Geotrail geocoin has arrived!

If you recall on the second day of 2015 I did the Pacolet Geotrail in Pacolet South Carolina, a small town full of interesting history and landscape (adventure covered here).  Completion of that geotrail earned me a geocoin.  It came in the mail today, complete with a hand written card from the mayor of Pacolet.  I've never gotten a hand written card from a mayor before, so that was a nice addition.

Here is the letter: 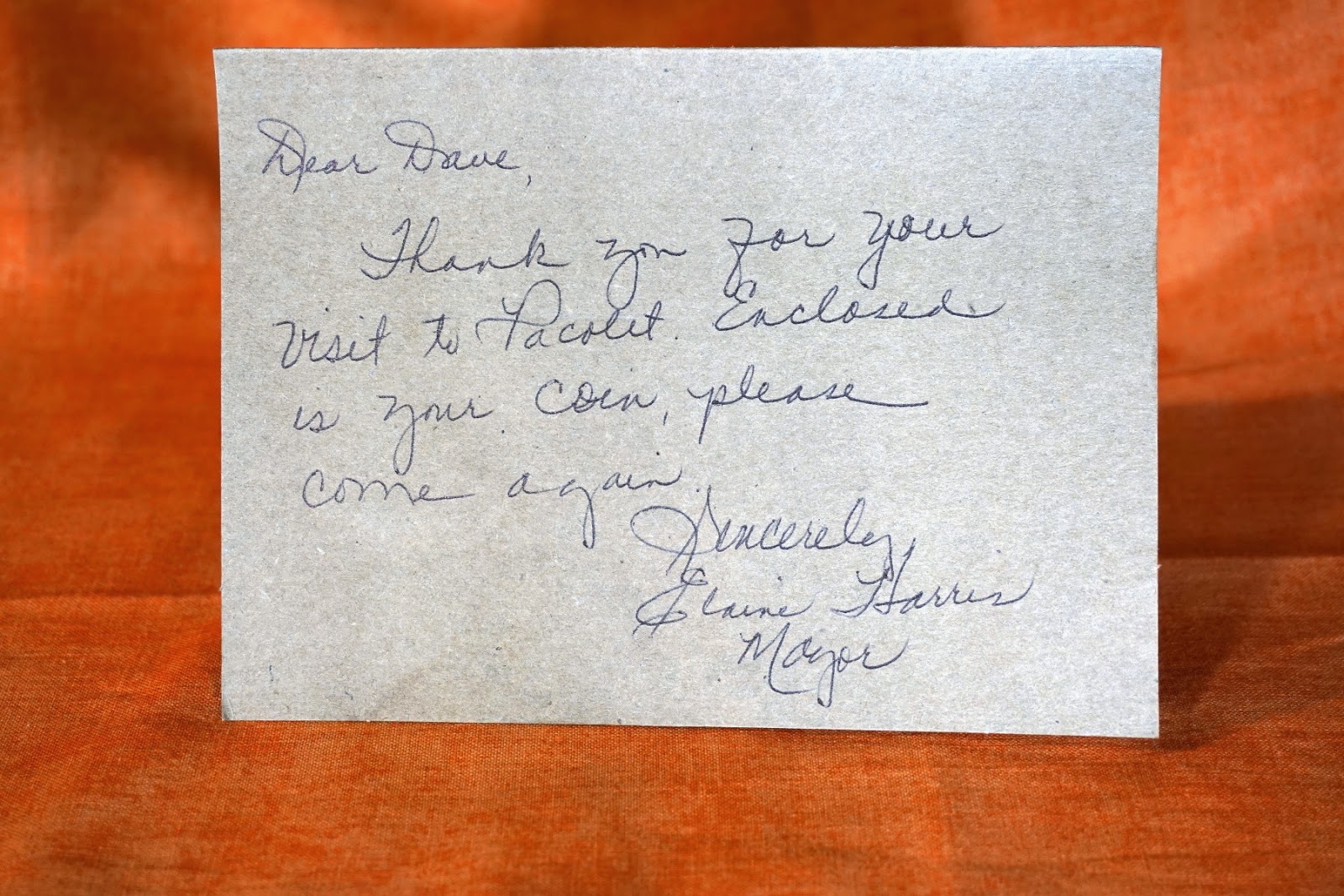 And here is the front of the coin (It proved tough to capture in my camera, so I went with the Google AutoAwesome view).  It is a solid "gold" coin. The small words at the bottom read "South Carolina".

Thanks Pacolet!  Also thanks to the geocachers who maintain this awesome trail in this fanstastic small town.

Posted by Dave DeBaeremaeker at 4:21 PM