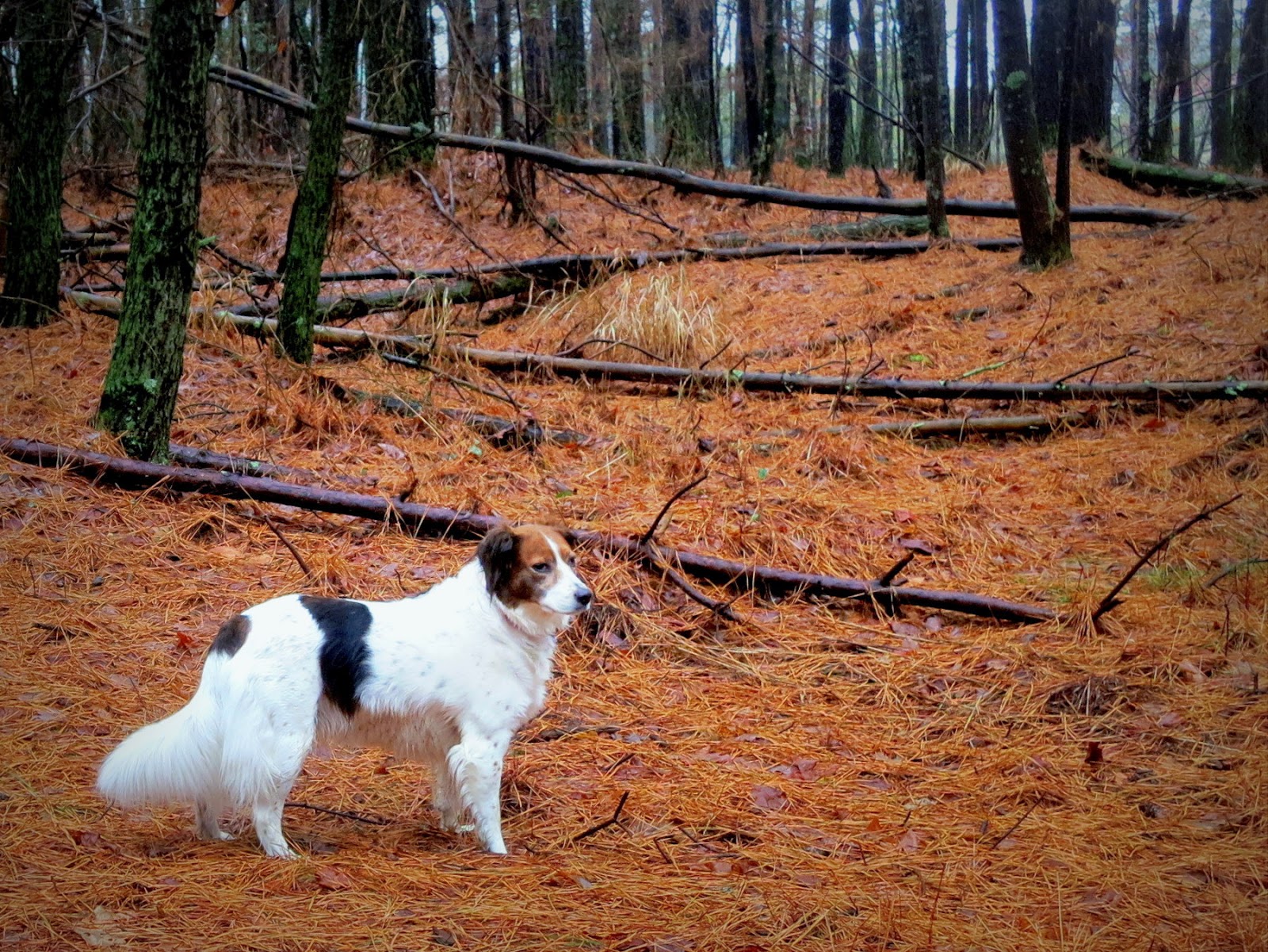 There is a fun new geocaching series in Riverbend park just north-east of Hickory North Carolina.

Riverbend Park is one of the best places to cache in the area. I have cached there several times, and had found them all, so I was chuffed to find that 6 brand new caches were placed in the park.

The main theme of this cache is in the name: bushwhacking. Despite there being many well groomed trails throughout the park, most of the caches in this series were well off the beaten trails, and required one to do a fair amount of bushwhacking.  The cache owner encourages one to skip the trails completely and bushwhack the entire way.

I did a combination of both.

I had planned to do this cache on Sunday afternoon.  It was raining all of Saturday, and was still raining on Sunday morning.  It was forecast to stop raining right around noon/noon:thirty, which was exactly when I expected to be in the parking lot.  The weather radar also indicated that this would be the case.

Right on schedule, just as I was approaching the park in the Geovan of Destiny, the rains stopped.   Unfortunately, it started again about 45 minutes later.  It wouldn't have stopped me either way, except if I knew it was going to rain all day I would have brought an umbrella with me so I could protect the camera from the rain when I wanted to get a shot.  As it was I could only take photos during the brief breaks in the rain.

This is just the long way around to explaining why I didn't get a lot of pictures, and came home soaking wet.

It also serves to explain why I stuck with the trails as much as I did.  The woods in the park are quite nice to bushwhack in, but the trails have bridges, and the creeks in the park were swollen with rain. 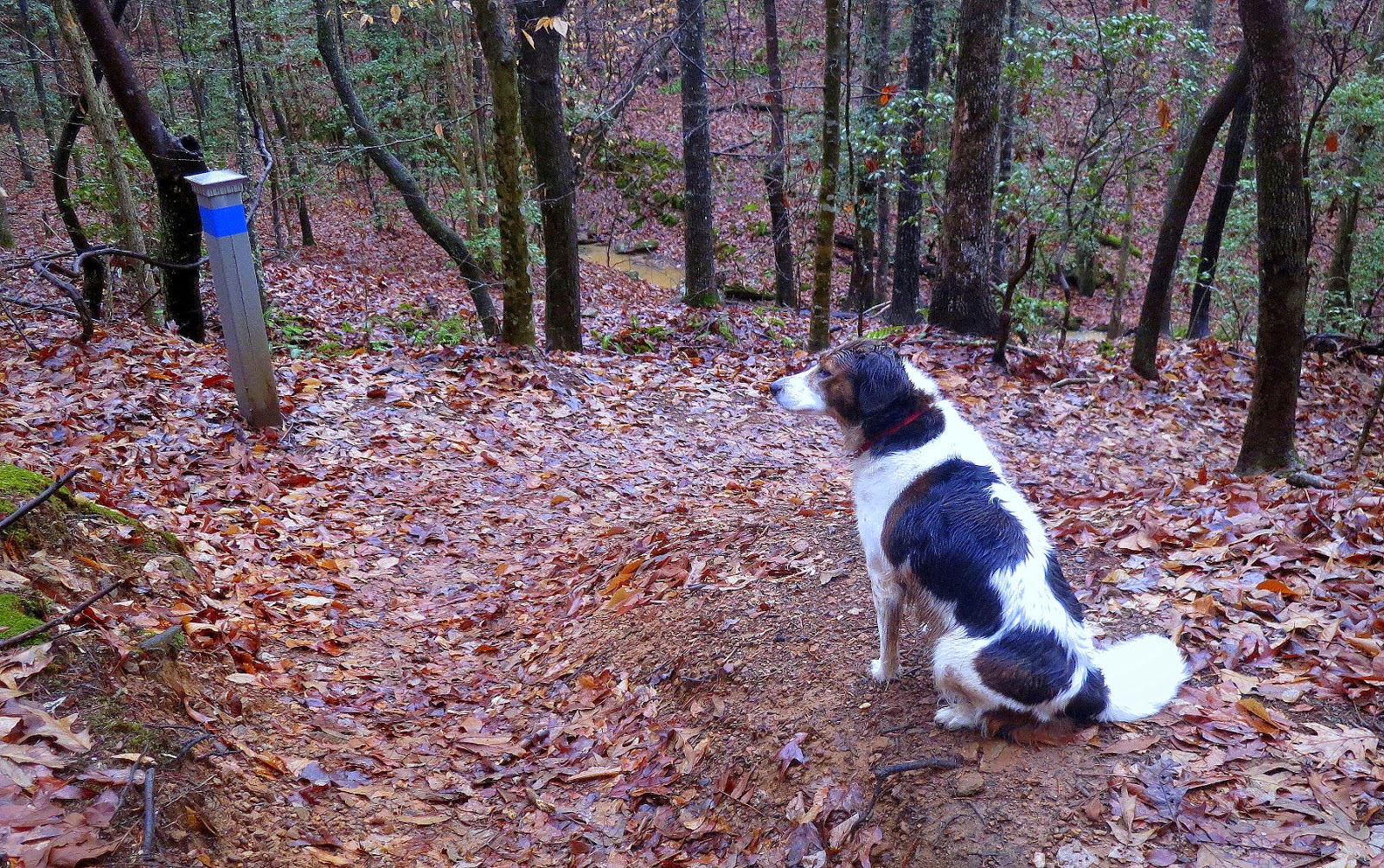 Bailey wasn't super thrilled with the rain at first, but after a while she got used to being soaked, and got into the swing of things.  At the end I had to keep her from jumping heading into the rushing water in the creeks. 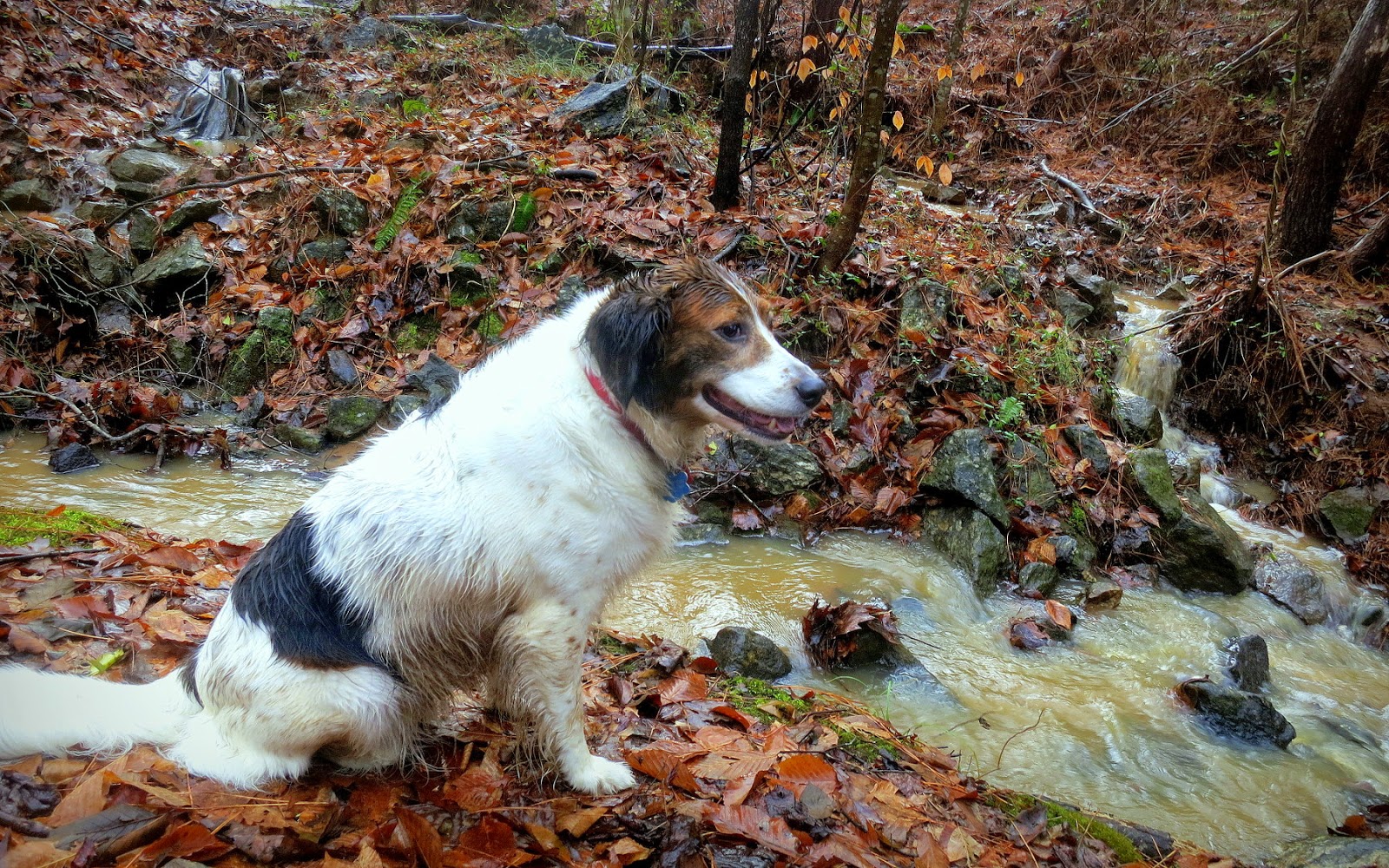 I had the park to myself.  I didn't see another soul all day, which was just fine with me.  The series took us all the way across the park and back. By the time I finished I had logged almost 5 miles, much of it deep in the woods where the deer and squirrels play, and muggles fear to tread. 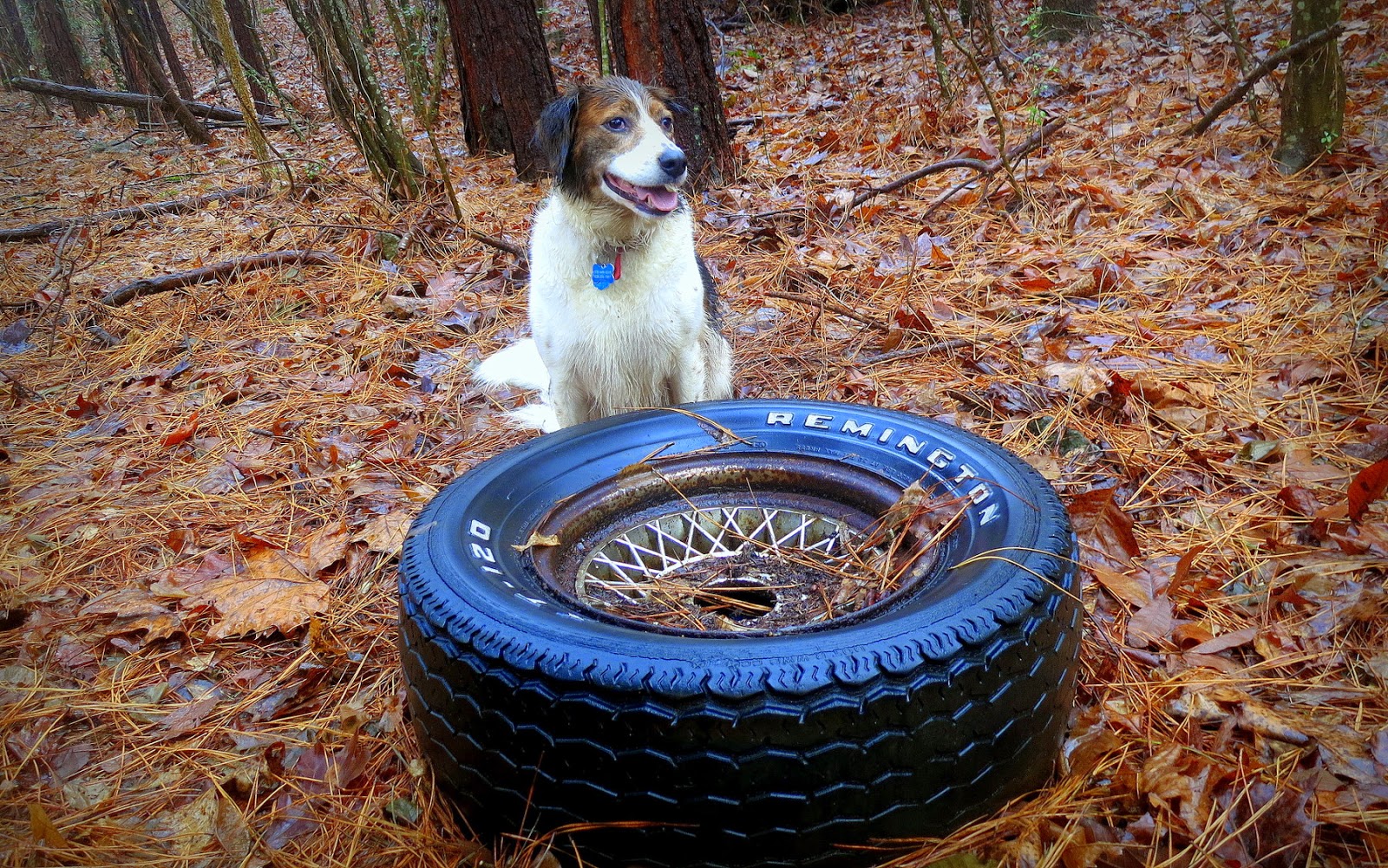 So 5 miles of wet bushwhacking while getting soaked to the bone. Was it worth it for 6 caches?  You bet your boots it was.

A good solitary walk thru the woods is good for the soul.  I returned home in a much better mood than when I left.  I highly recommend you try it for yourself.  If you do, you may find yourself becoming an honourary member of the Bushwhackers Club.
Posted by Dave DeBaeremaeker at 8:55 PM