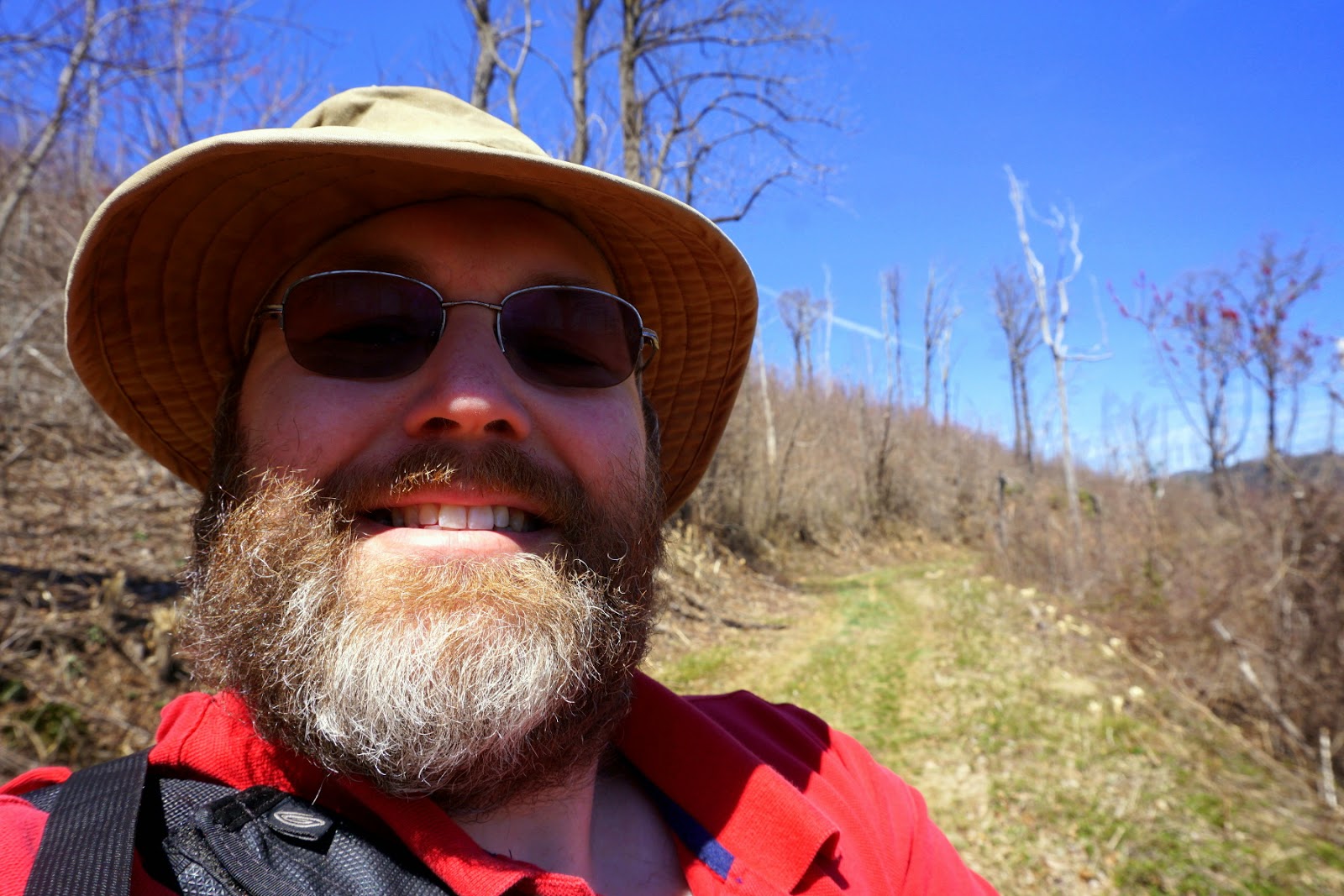 I have not been on a proper adventure since I got back from Nevada almost 3 weeks ago.

That trip was amazing, but I have not had a chance to decompress since then.  I've realized recently that being an introvert means I need some alone time after a super-intense social activity, and I had not had the chance to get that, so I was feeling an abnormal amount of stress - for no real reason other then my brain works that way.

What I really needed was to head off by myself, and spend some time exploring the world - preferably in the mountains (which, fortunately, is an easy thing to do in these parts).

So after Church this morning, I loaded my gear, and Bailey The Wonder Puppy into the Geovan of Destiny, and headed off to hike an old fire road near Old Fort NC.

The road is used by rangers to access the deeper parts of Pisgah National Forest, which is a woodland that takes up a large swath of the Blue Ridge Mountains.  This particular road winds its way along a ridge line.  When its not in use by the rangers, it makes a great hiking trail.

It also provides some stunning views, which I took every opportunity to enjoy. 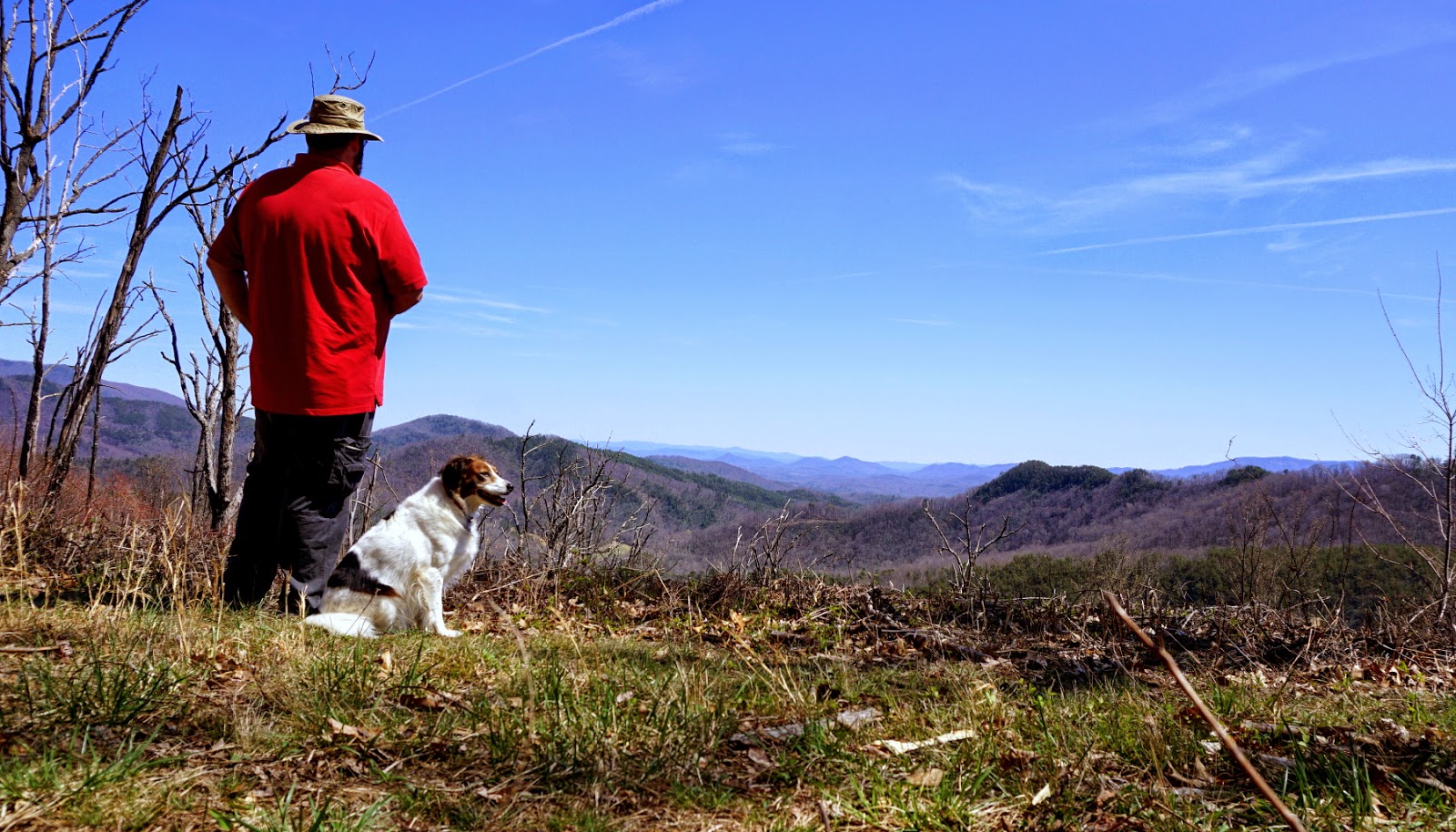 The above photo was taken with my DSLR using the remote control app on my smart phone.  Isn't technology wonderful?

Also wonderful is the in-camera panorama setting.   I just need to keep the shutter pressed down, and move the camera in an arc, and magic happens:

You can see the trail I was hiking on the left.

I hiked about 2.5 miles down the road, grabbing some geocaches as I went along (I found 10 in total). On the way back I took some more photos with my camera.  Since I was alone, and nature wasn't super photogenic (spring had barely reached the mountains) I used Bailey as a model.  I'd let her wander ahead, then call her back and take photos of her running (note: its great having a model that works for jerky). 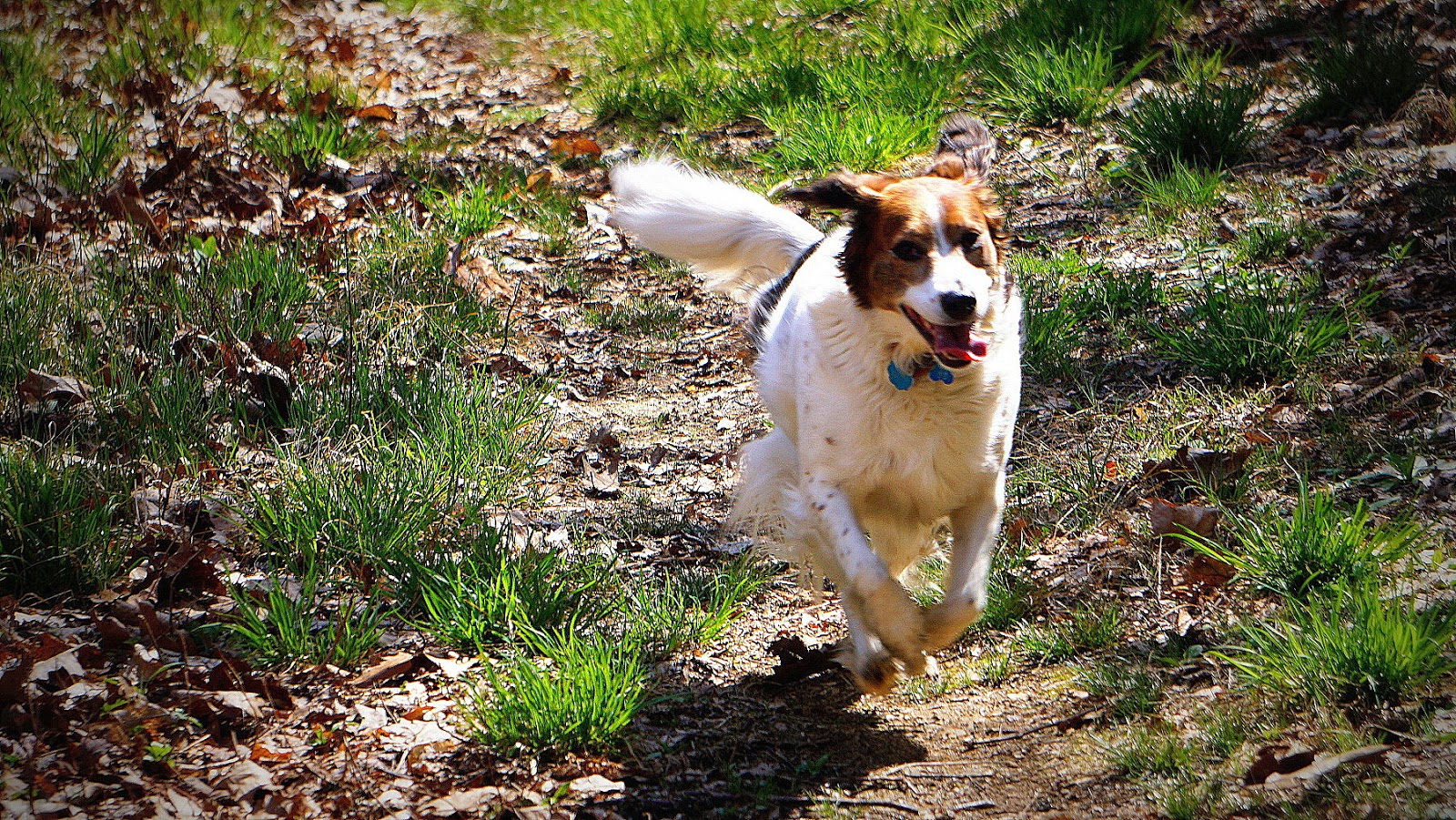 As I was coming back, I heard a train running thru the valley below.  The train must have been passing by for almost a half hour.  However by the time I got to a place where I could see the track, it was disappearing into the trees. 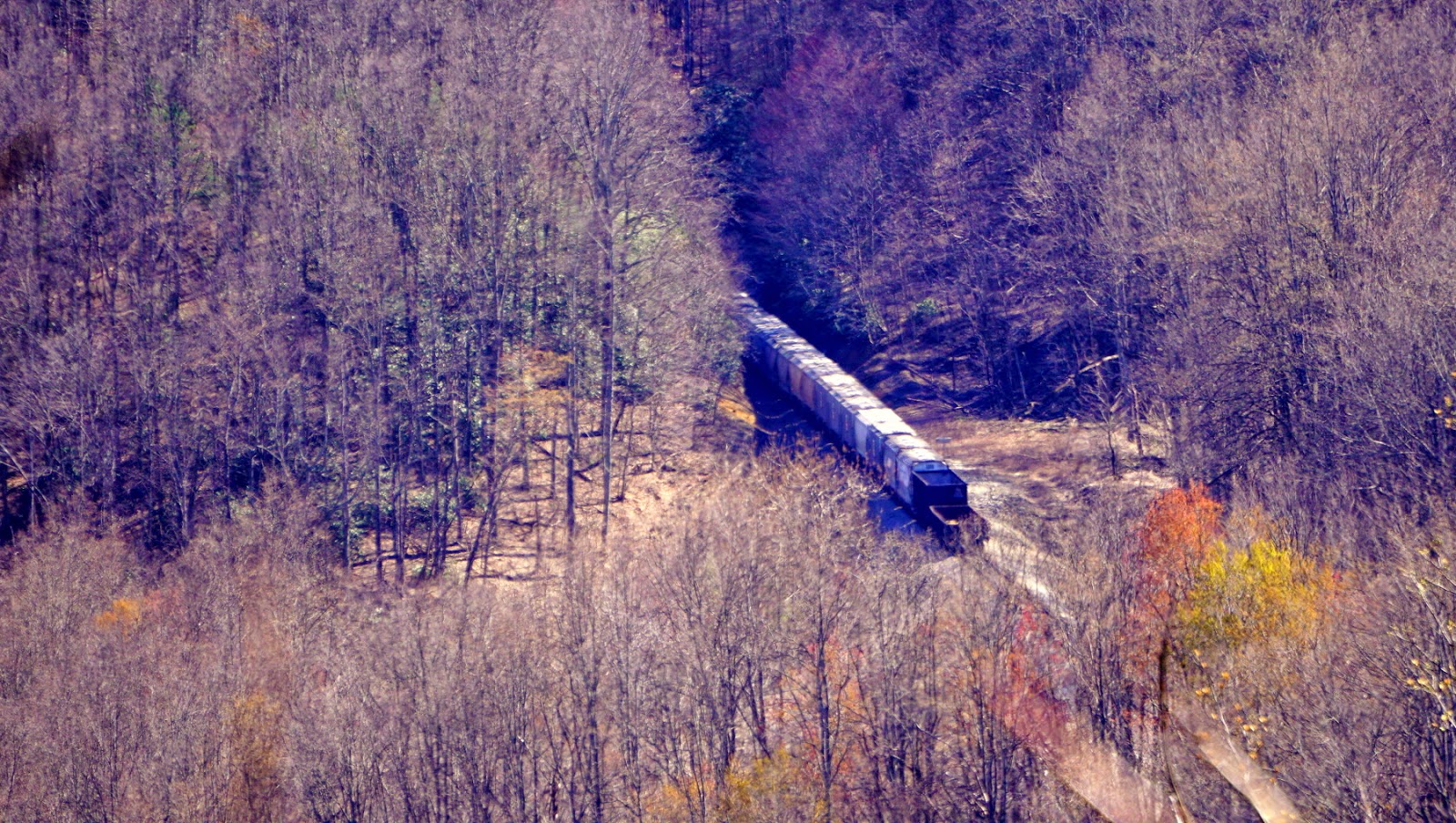 Spring has hit the foothills where I live, and life is starting to bloom (I've even mowed the lawn once, and it needs another one), but its barely begun in the mountains.  These flowers were the few bits of new growth I saw. 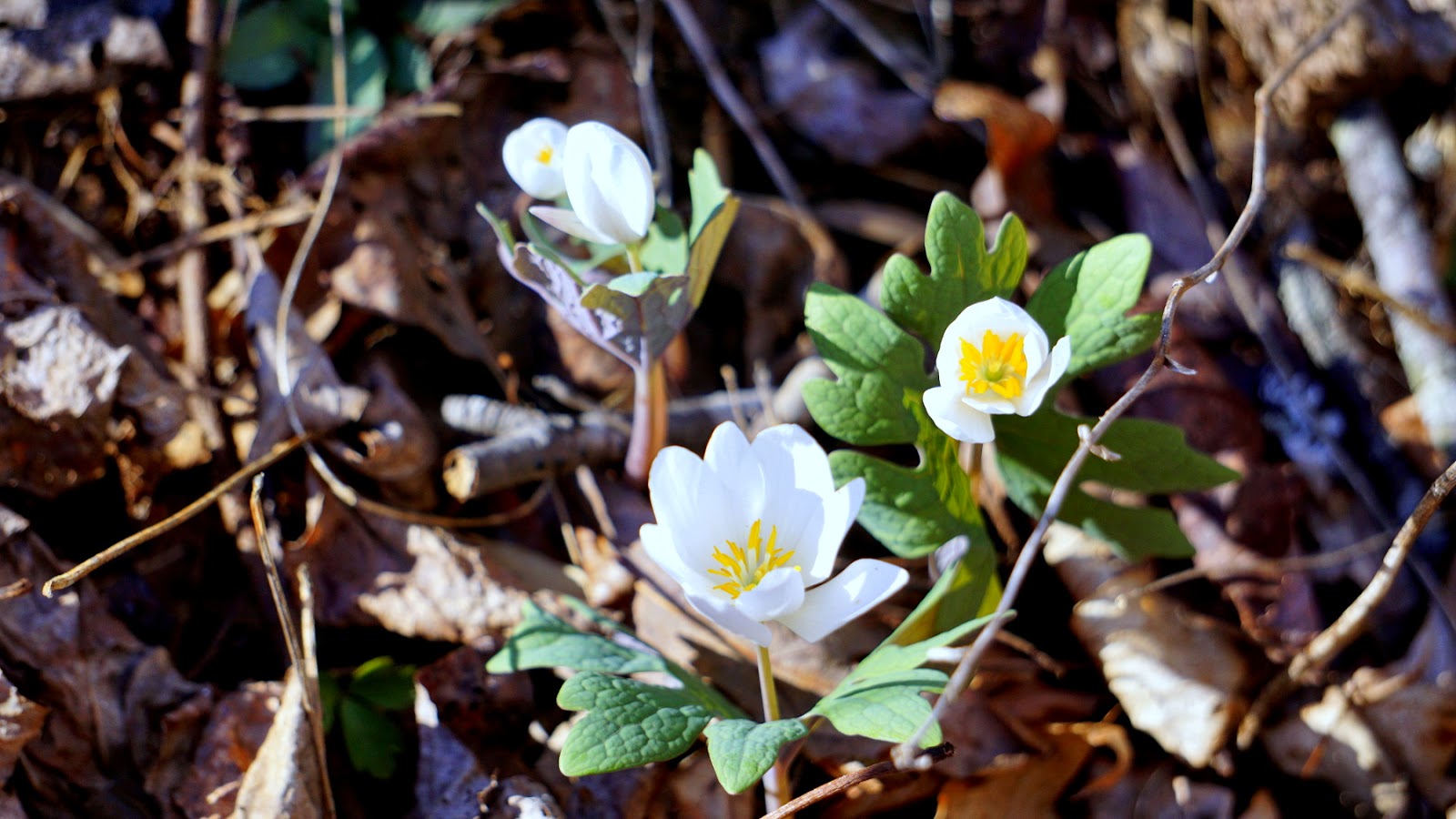 After the 5 mile hike, I started to drive home.  However as I was navigating the really slow, windy roads, I realized that I was not really relishing hitting the highway. So I took the long way round and stuck with side roads all the way home.  It took an extra hour (I may have detoured a bit here and there), but the long slow drive whilst listening to some great driving tunes, really picked up my spirits.

This adventure was just what the doctor ordered, which makes this a very good day.
Posted by Dave DeBaeremaeker at 10:00 PM