On Friday my mission was thus: Drop the kids off at school at 8pm, drive up into the mountains for 75 minutes and drop my wifey off at a quilting retreat, then come back down the mountain to retrieve the various offspring from their various schooling places, starting at noon.

The mathematically inclined among you will note that this leaves about an hour of free time.  I've always wanted to photograph the crown jewel of the Blue Ridge Parkway, the Linn Cove Viaduct, but never had the time.  Since my path took me right across the Viaduct, I decided to spend my hour scouting out places to shoot the Viaduct from.

Spoiler:  I found the spot.

This is me at the "overlook" 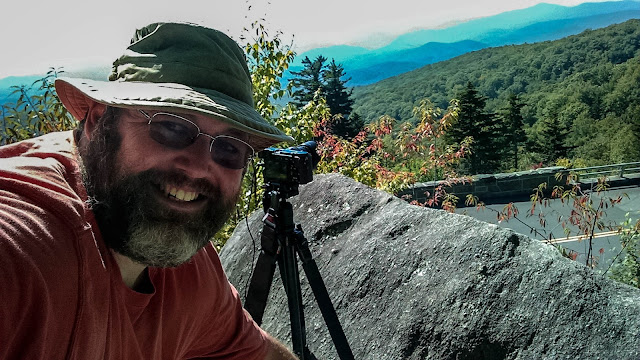 I put "overlook" in quotes as the location isn't so much a fenced off platform, or even a clearing.  Its just a rock.

When one parks at the visitor center, one sees signs for an overlook,  about 860ft down a nicely paved trail.  However that ends at the base of one of the support colulmns, so its more of an underlook (not to mention there is so many trees in the way, you don't get much of a "look" either.  In short, it's just full of lies.

However if you keep walking passed the paved part, you get to the Tanawha Trail, which leads under and around to the other side of the Viaduct, 1300ft away. However that is where the good views of the Viaduct is located.

This is the view I had: 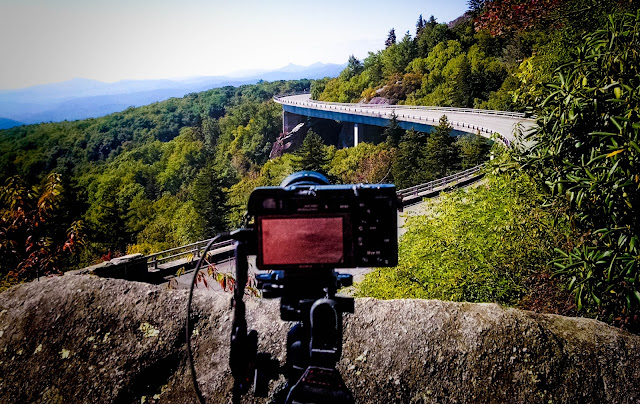 That dang camera is in the way!  (Stupid tourists.) So lets take a look at what the camera saw. 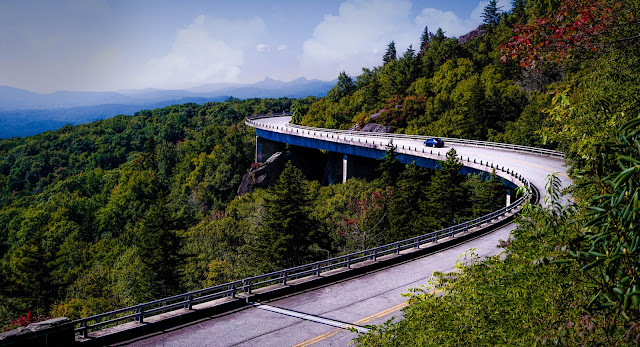 I like this location.  The trail was much longer and rougher than I expected (like stupid rough), and the light wasn't ideal, but I managed to get my shot, and that ain't nothing.  It also took longer than I expected, but as it turns out, I arrived at my daughters pre-school with 3 whole minutes to spare!

I'll have to come back when the fall colours finish coming in, and the light is a little better.  At least I know where I am going.
Posted by Dave DeBaeremaeker at 8:18 AM