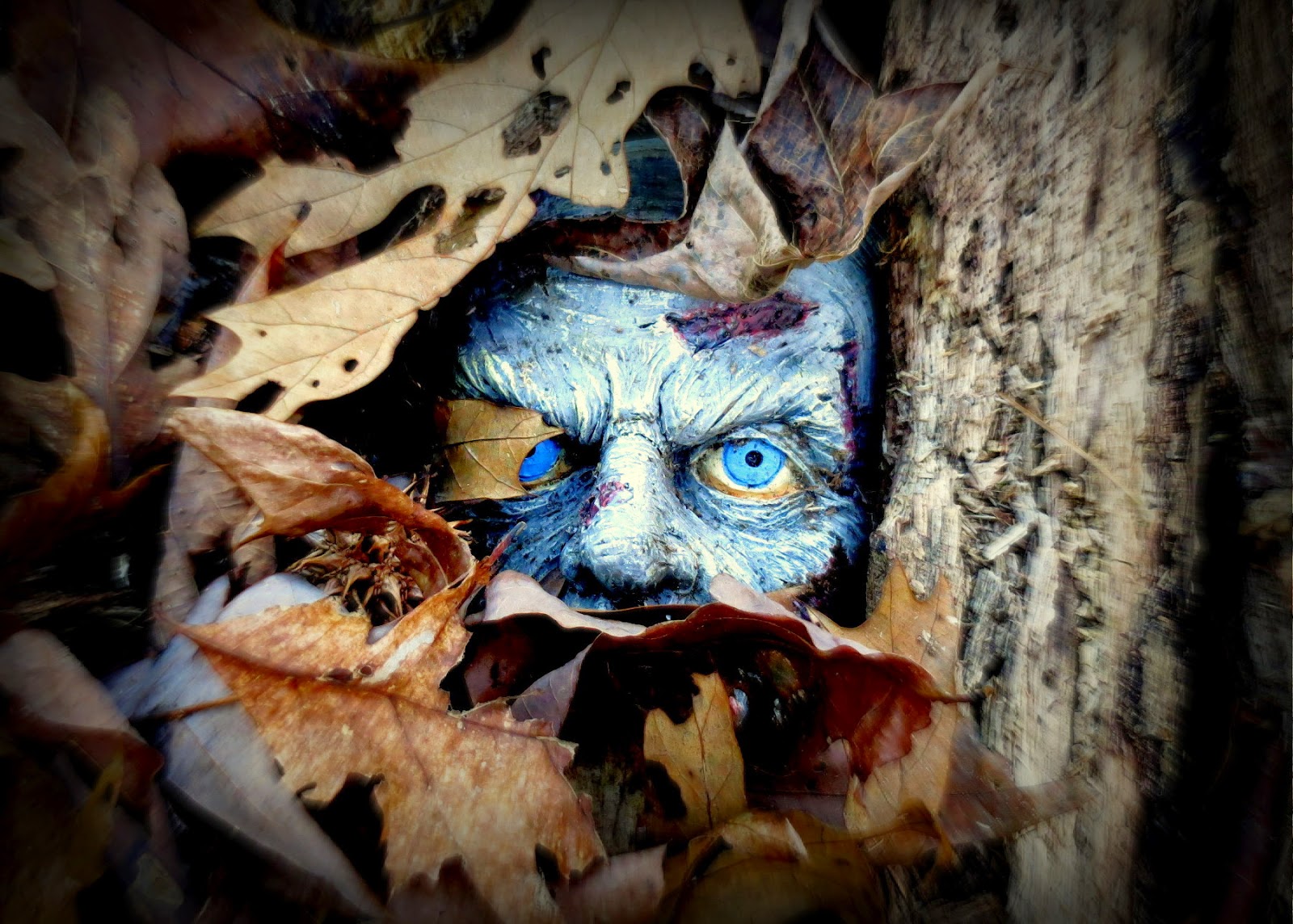 Let me start off this post by being absolutely clear: I dislike zombies.

I find the whole cult-like fascination that some folks seem to attribute to the idea of zombie outbreaks, or zombies vs. $RandomThing, or any of the other myriad of zombie related fetishes that have come along in recent years to be rather pointless and silly.

In short, zombies are boring, predictable, and completely uninteresting to me. (Terminators, on the other hand, are a real threat, and deserve our immediate and undivided attention).

However, despite my normal reservations about zombie stuff, I can certainly appreciate a well executed geocache based on the theme.  Emphasis on "well".


Over the past couple months I have travelled all over the continent, and during my travels I came across just such a cache.

The approach to ground zero started with this scene: 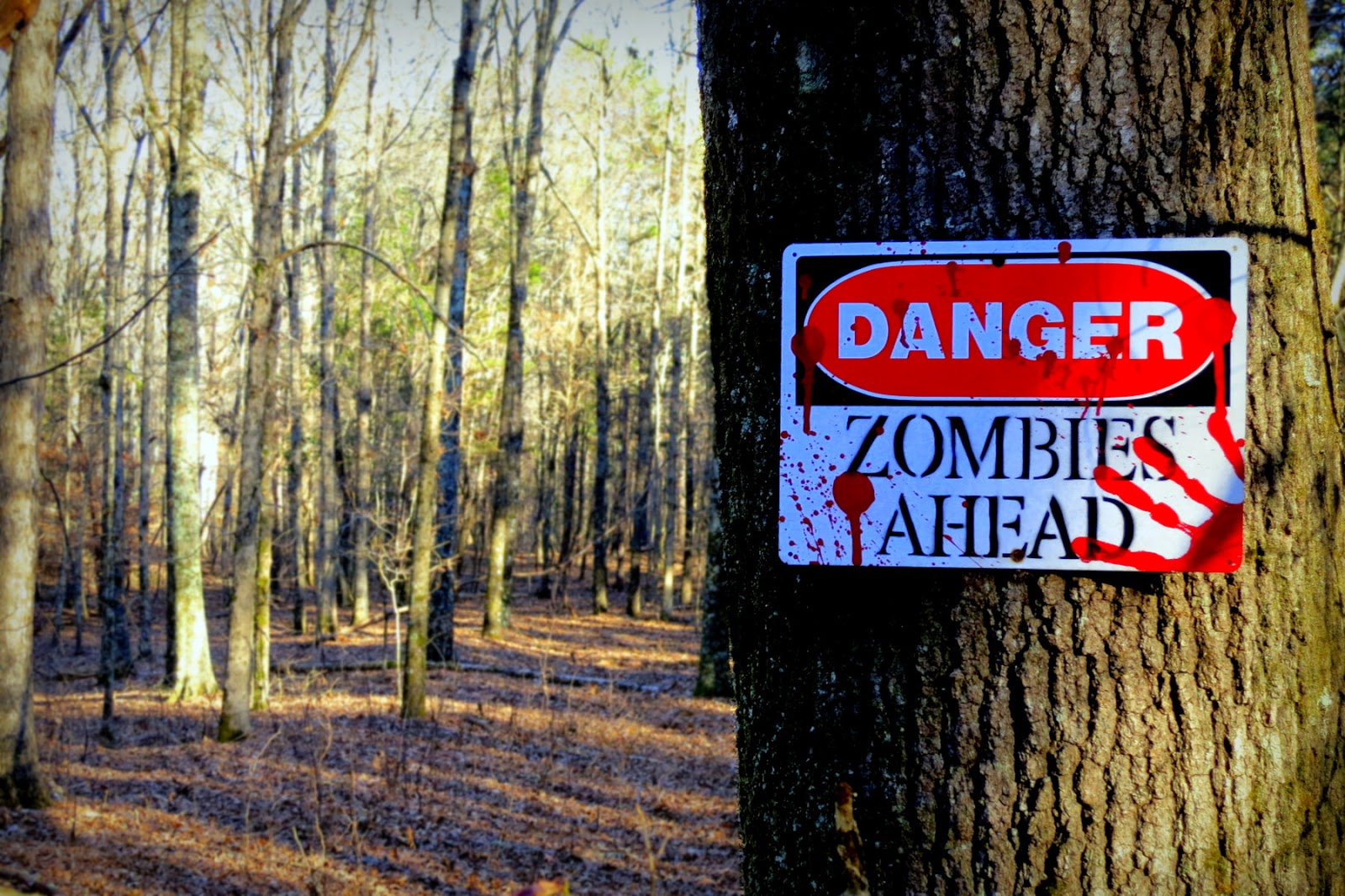 There were a series of them leading to the first set of coordinates.  The cache is a multi-staged puzzle themed on a zombie outbreak, and the ensuing struggle to survive it.  Given that theme, these signs really added to the atmosphere. 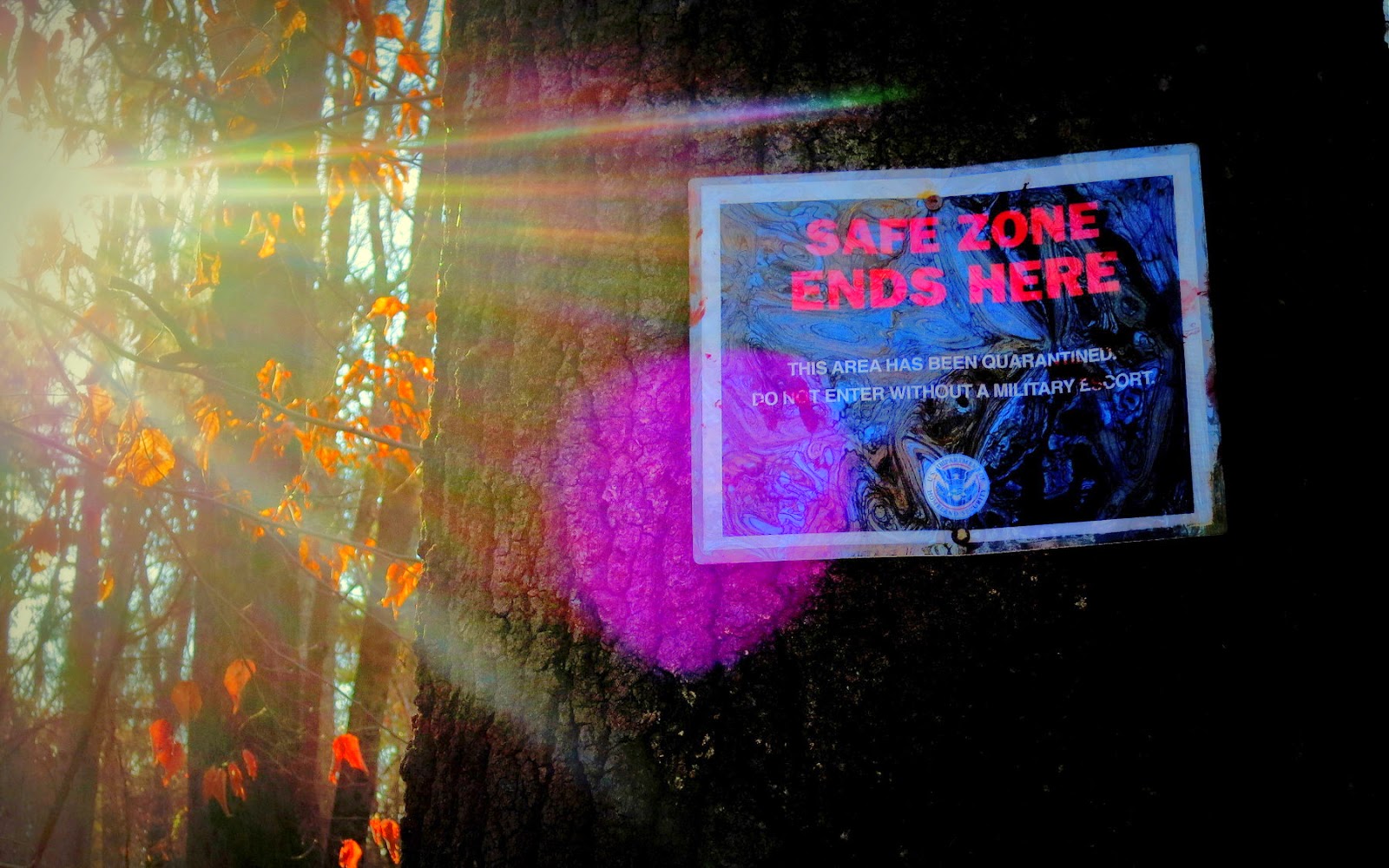 It is the little things that added to the ambience of this cache, like random skulls visible while traveling between the stages. Clearly we are meant to believe a vicious battle to the death was fought in these woods. 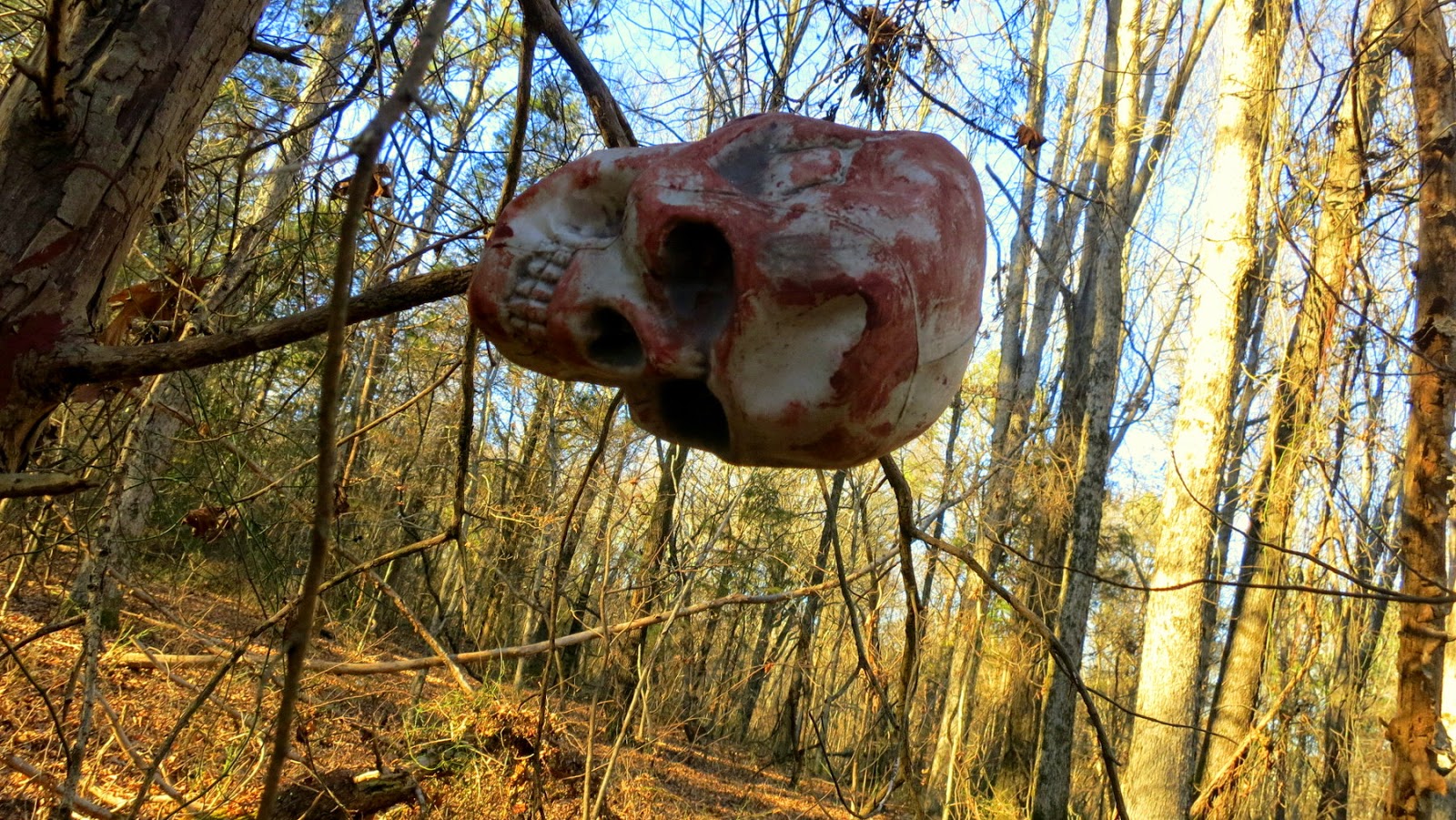 Another example is this "blood" covered chain saw (don't worry, the sharp parts were removed, and random bones strewn about the forest floor. It really adds to the experience to see these little touches. 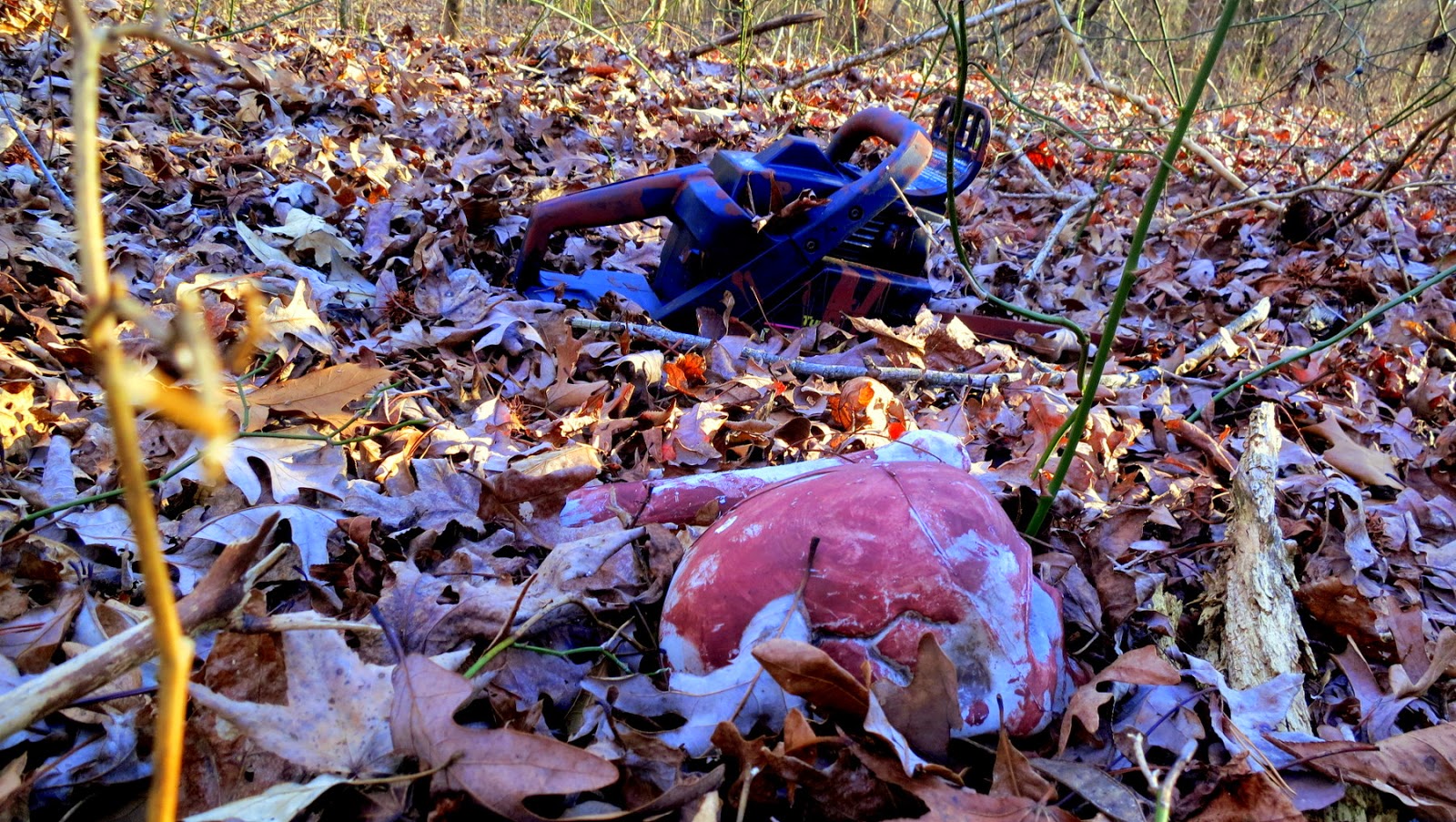 This cache actually has it all - a puzzle solvable at the computer,  multiple stages with provided coordinates, and even an offset waypoint (basically you are given a direction, and a distance).  They were thoughtful enough to provide a compass for the offset waypoint portion. 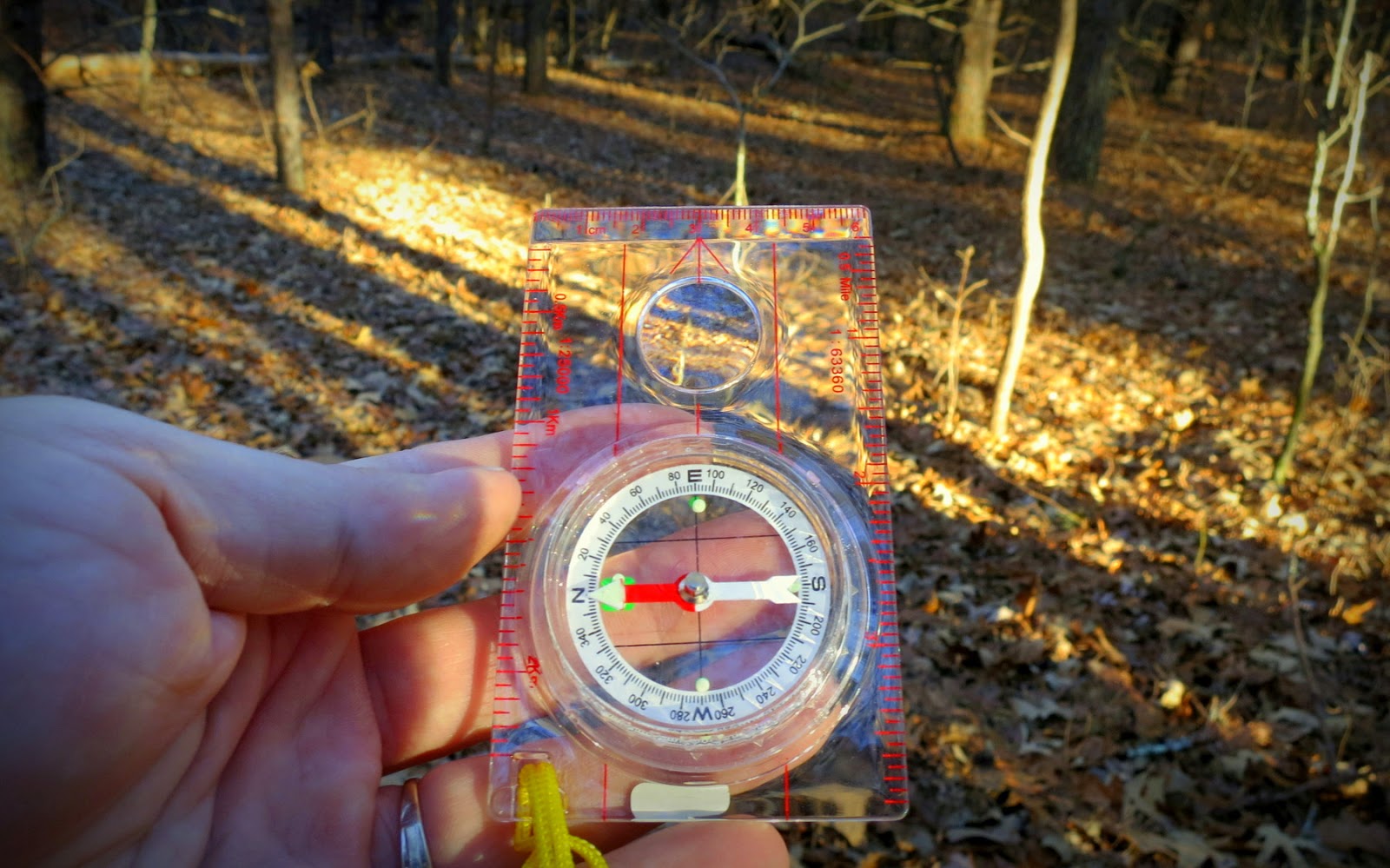 The offset led me to the final container - an ammo can.

At ground zero I accidentally scrapped my hand.  I hope this means I am not going to become a zombie. 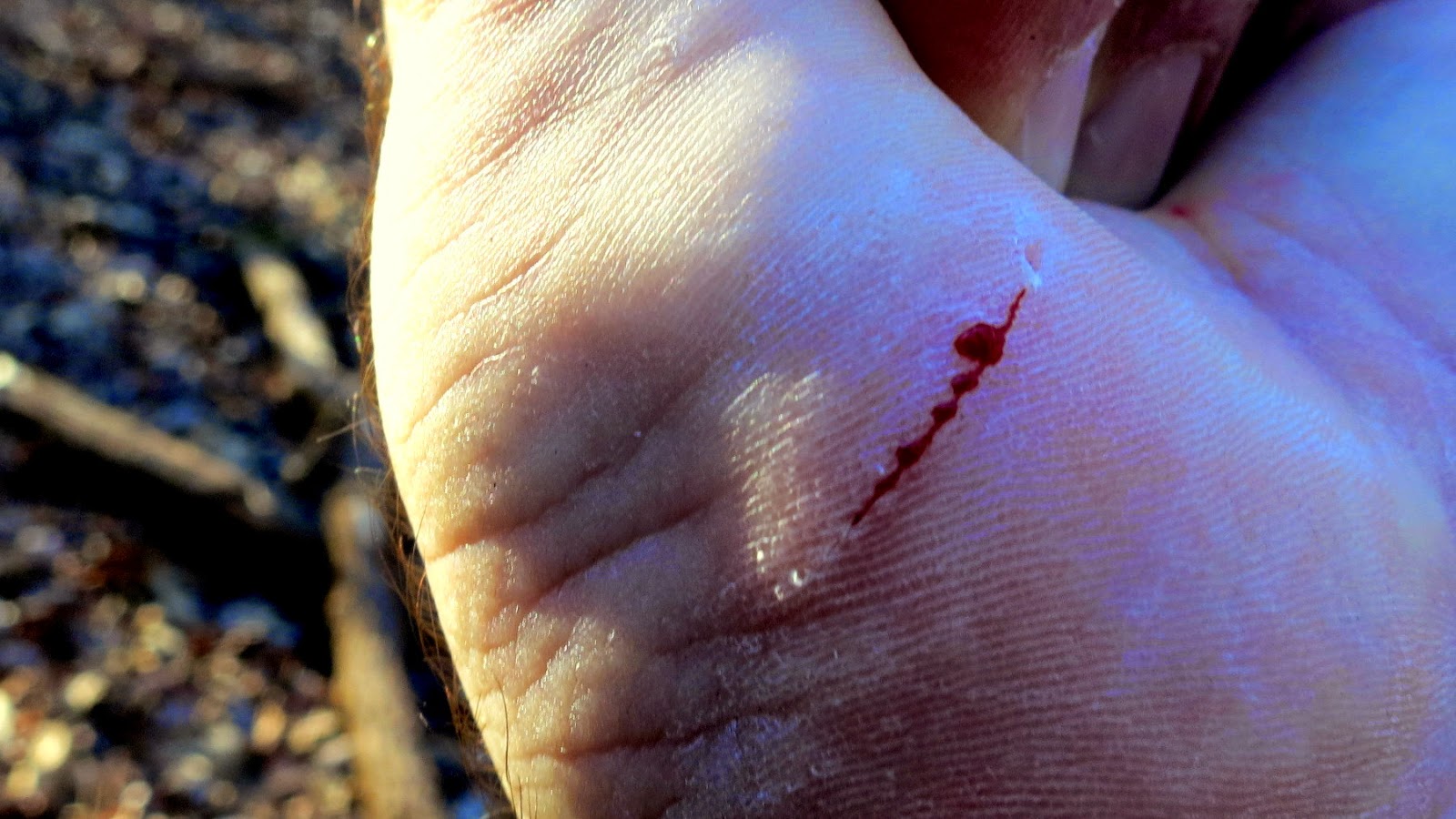 This was an amazingly well done cache.  It goes to show that, given enough effort and planning, even a cache that is themed on something one actively dislikes, it can still become an enjoyable experience that is worth blogging about.

So well done, cache owner, well done. My hat is off to you.

Now, might I suggest you do a cache based on this next?
Posted by Dave DeBaeremaeker at 7:49 AM