Scenes From A Snowpocalypse: 2016 Edition 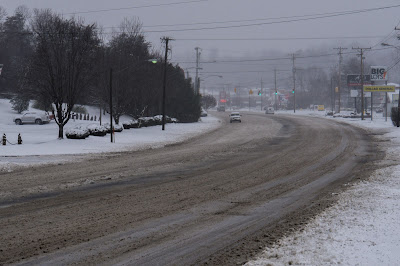 Last weekend the east coast was blessed with a major snow storm.

Tho we didn't get as much snow as many places, my home town here in western North Carolina got what is considered, at least by local standards, a crap-ton of snow.

Estimates vary, but I measured 8" in the untouched snow in my back yard right after the last snow fall.  For a town that has one snow plow, and stores that rarely stock snow shovels, that is a hefty amount.

The storm started on Friday. Since snow is rare in these parts, I took the day off work so I could go out and experience the fluffy white stuff in all its glory.  I ended up walking 9 miles over two days. These are some of the photos I took along the way.

Let's start with a shot of Zach's Fork Creek, which runs behind my house. 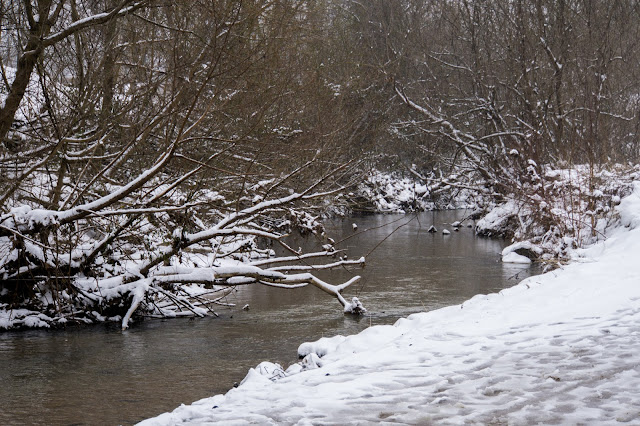 I walked downtown to check out the frosty streets.  This was taken from the middle of the road at the main square in town. 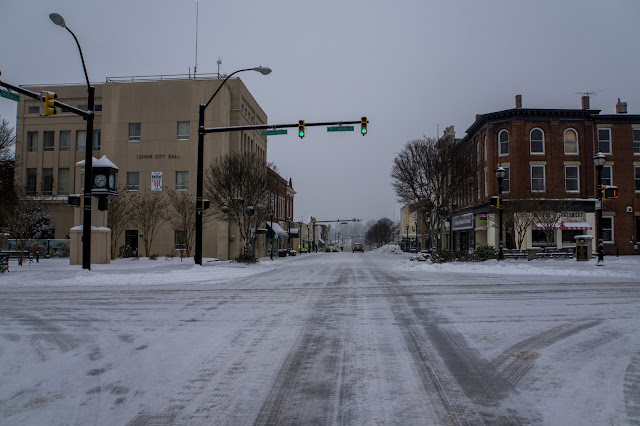 This is one of the larger churches in town (which, being in the south, is saying something). 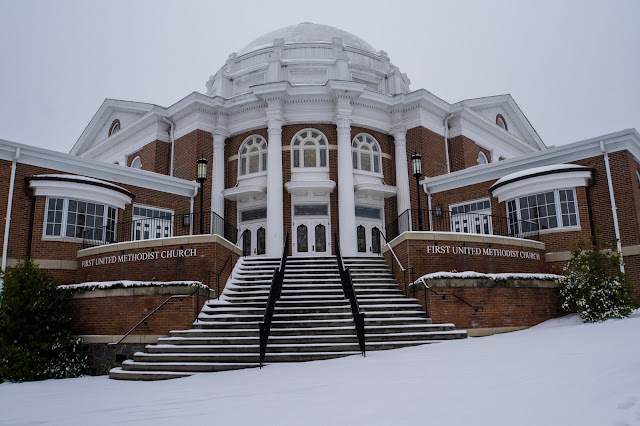 This is the church I attend, First Presbyterian Church. 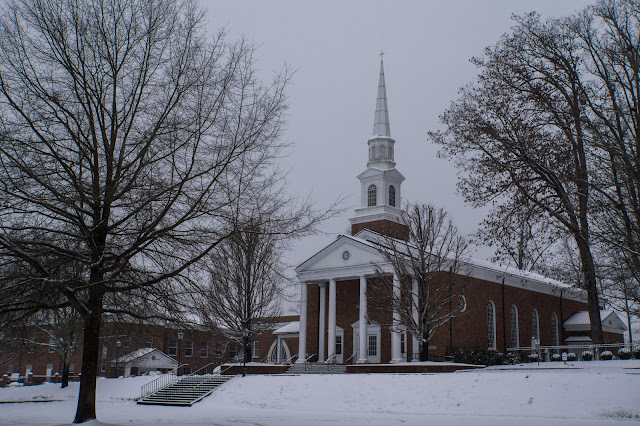 On the right side of the photo above is a courtyard that contains a cemetery... 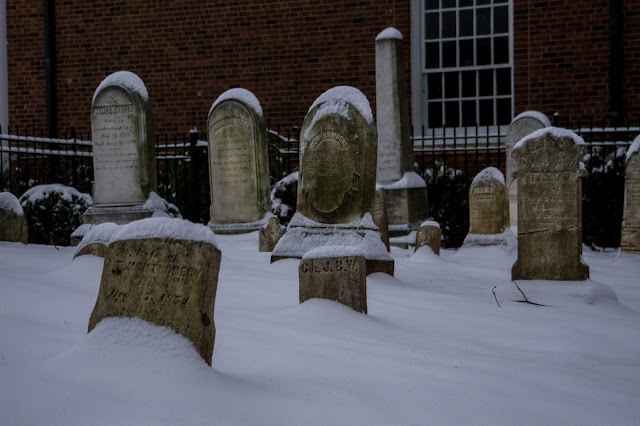 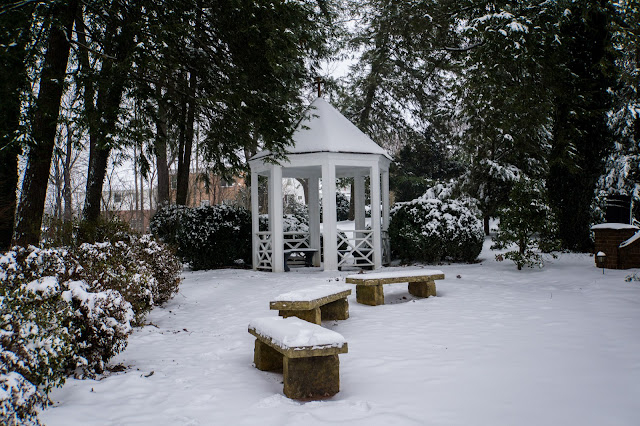 The church was the farthest I wandered from home.  On the way back I explored more of the downtown area. 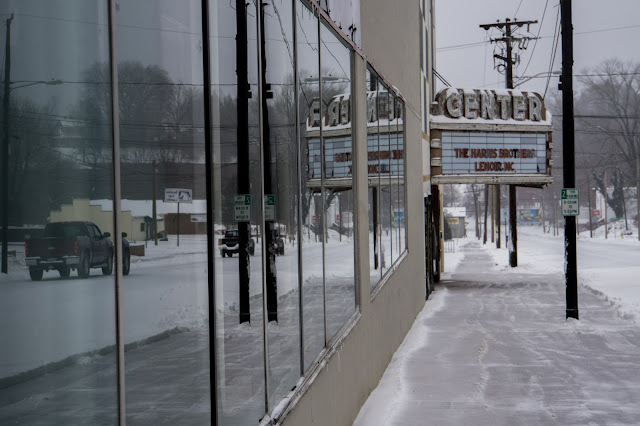 One of the main features of the rather small downtown is the Thomas Sayre sculpture called Across The Grain. 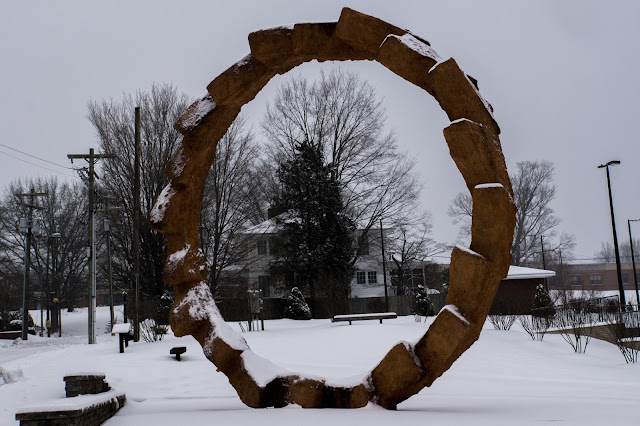 The sun went down on the way home, so I took one last shot of yet another church illuminated by a street light reflecting off the snow. 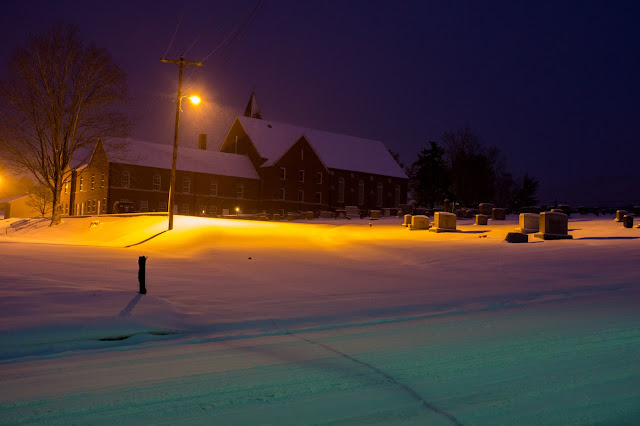 Most of the snow is gone now, but for a while this town was a winter wonderland, and that was a Good Thing(tm).

Posted by Dave DeBaeremaeker at 9:14 PM