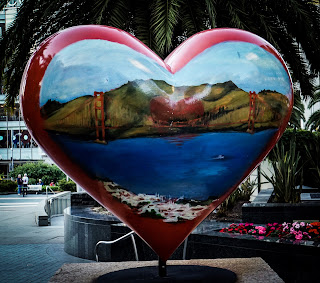 I have been a bit negligent in blogging about my adventures this past little while, so lets make that up by regaling a tale from a recent trip I have just returned from.

Last week I took a work trip to San Francisco.  Now if you are not overly familiar with San Francisco's location in the world, you may wonder where exactly that is.  Around these parts, it is described as being "over yonder", so I hopped on a plane and flew west until I saw something resembling San Francisco.

Well... almost.  I had to make a layover in Phoenix (cause it was on the schedule, that's why).  So we pulled over for a quite 90 minute rest stop at good ol' Gate A14.

89 minutes later I was informed that the 90 minutes layover would be extended by an additional 3 hours! Better yet, I was asked to explore an entire new gate!  It looked like this: 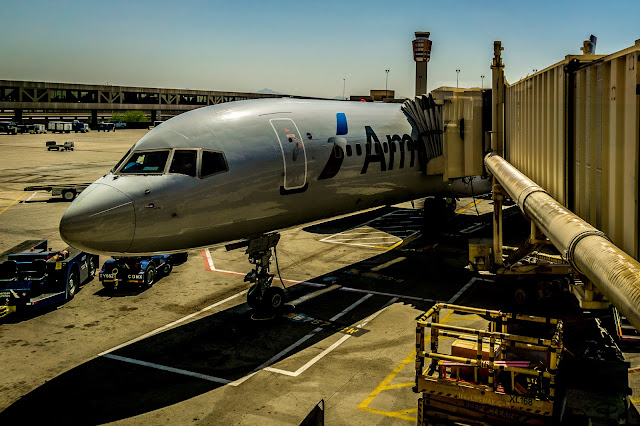 As exciting as Gate A21 is (I mean, it is pretty swank, no?), I decided to spend my time walking around the airport, and once that was complete, settled in to make some art.  Since I was in an airport, the art was airport themed, it ended up being a Star Wars impressionist piece: 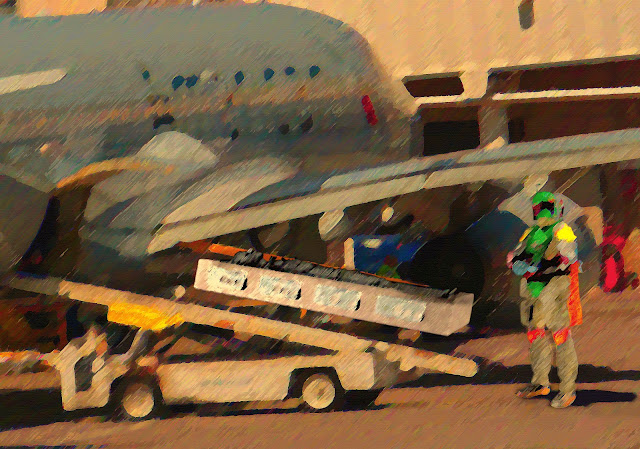 This is another in a series I've been doing, so it was nice to be thematic on two levels. (Check the rest out in my collection Star Wars: A Masters Tale)

So long story short, instead of arriving in San Francisco at 3PM, I landed at 7PM, and by the time I got to my hotel, it was 8PM, so I decided to settle into my hotel instead of doing some planned exploring.  All of this was on a Thursday and I had work the next day, and my body was synced with East Coast time, so it was really 11PM body-clock time.  Time to get some rest. Bummer.

However, the next day I walked the mile-or-so to the office, ate breakfast, and enjoyed the view. 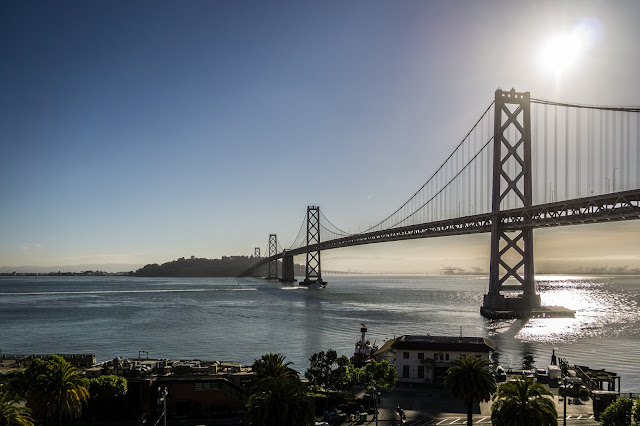 After enduring that hardship, I spent the day working.  Nothing overly interesting if you aren't on my team, so lets cut to 5PM local.

So after work, I did some exploring whilst on the way back to the hotel, including some virtual caches, including the one at this WaaTeeKaa rail car. 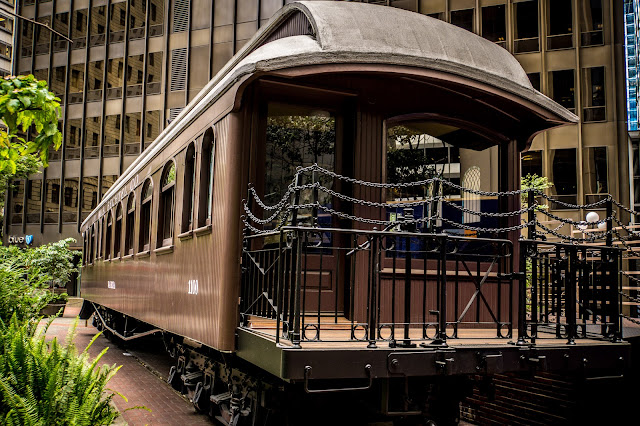 After supper I decided to walk over to Grace Cathedral and check it out, and do the virtual cache there.  It is only a mile from the hotel, but it was on top of one of San Francisco's famous steep hills.  I do not know the elevation, but it was several long blocks of roads so steep that back in the day they installed cable cars because it was too dangerous for horses.

I, of course, walked. As a result I got some views like this. 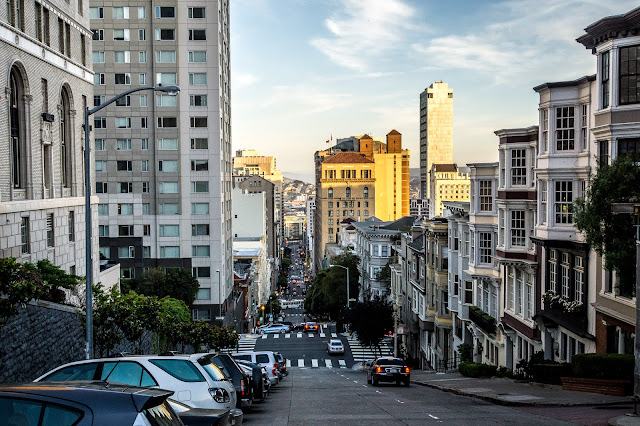 I apparently timed my arrival at Grace Cathedral perfectly... to watch it close. My entire visit can be summed up with the following:
Step inside.
Hear "We're closing!"
Step outside.

As a result I did not get the virtual, nor check out the inside of the church.  I did, however, check out the outside. It looks like this: 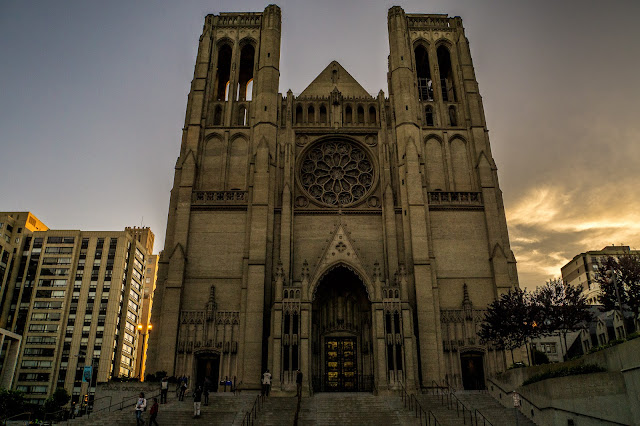 The church has these amazing bronze doors, which are apparently replicas of ones Michelangelo made for a cathedral in Italy back in the 1400s.   The door is a series of panels with intricate carvings in them, like so: 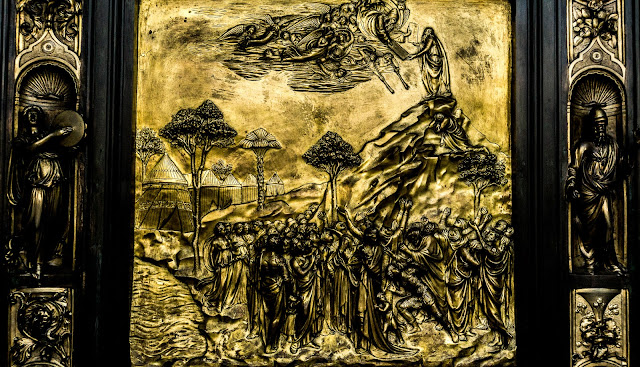 So after I checked out the cathedral from the outside, I wandered back to the hotel, this time heading down those steep San Franciscan hills. 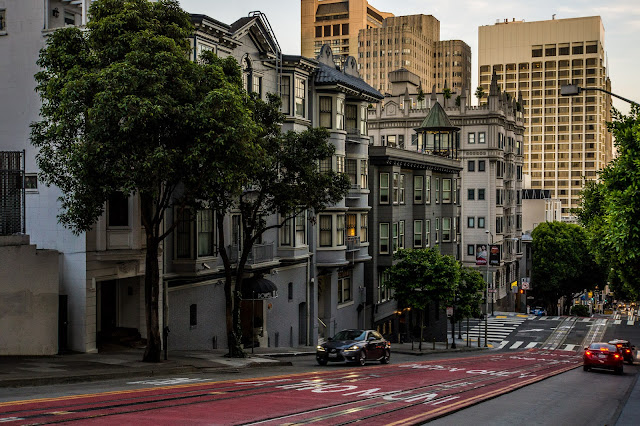 For those keeping track, this brings us to Friday night.  Tomorrow, in our tales timescale, is the weekend, in which much exploring will be done, including a fair amount around the Golden Gate Bridge.