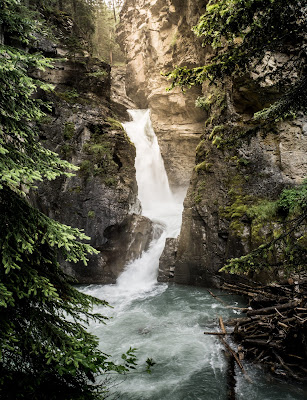 CRAM has been a heck of an adventure.

So far on this trip my wife and I have flown across Canada to Vancouver, driven across British Columbia, up the Icefields Parkway, over to Edmonton Alberta, back down and west to Canmore.

We met up with a bunch of Scavengers, and checked out  Lake Louise, and did a heck of a lot of night shooting, including spinning actual fire.

That is a jam packed schedule.  Time is winding down, but there is still time for a few more adventures.

Johnston Canyon is a well marked mostly paved path that winds a mile or so up a river, along the way there are a couple rather scenic waterfalls.

Each of the falls are viewable via these rather cool walkways that go over the water.  Handy.

The crowds were rather insane, so we had to wait for opportunities to get some shots, but we managed. 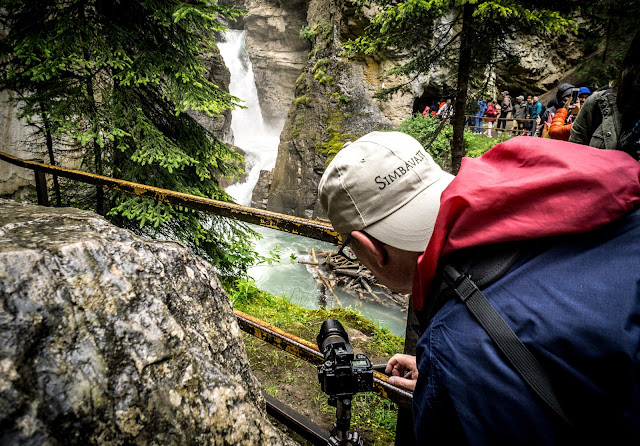 On the way to the Upper Falls we walked along this rather awesome elevated walkway that was bolted onto the side of the steep rock face, and hung over the creek.  This both allowed the path to follow the wate, and not take some epic detour, as well as give one the sense of power of the water flowing down this rugged mountain river. 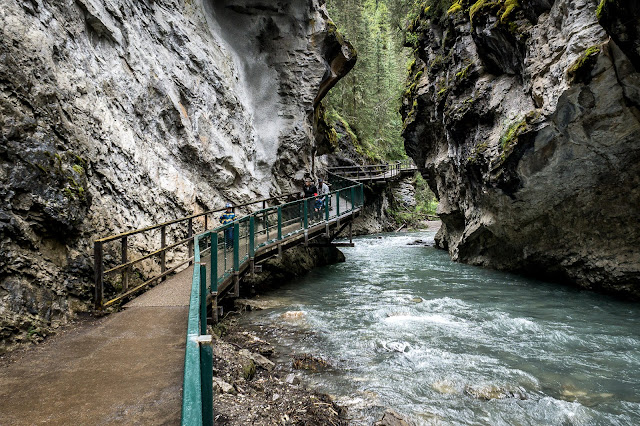 Looking up the tall pines made for a shaggy top to the steep rocky faces of the canyon walls. 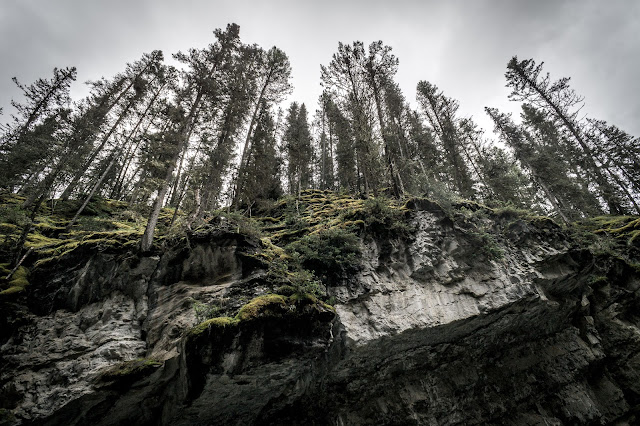 The end of the trail is Upper Falls (shockingly the falls in the middle are called Lower Falls - gotta love creative naming).  Like the other sections of the trails, the end of this trail is build up over the water, so one gets a really nice view of the falls.

Apparently during winter folks scale the ice from this fall.  Those people are crazy, but the views must be spectacular. 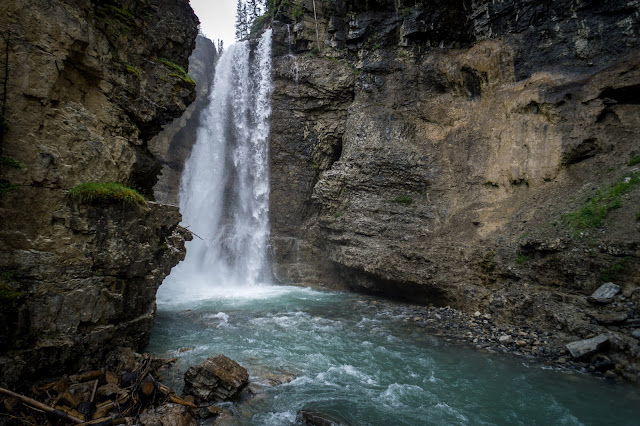 We ended up back at the trail head just as the crowds really got going (right around lunch hour, go figure - tourists always seem to flock between 11am and 6pm - the time I like to call "Hell hour".

Perfect timing for what was a pretty awesome adventure.

Only a couple adventures on this trip left, so don't worry - this will all be over with shortly.
Posted by Dave DeBaeremaeker at 11:12 PM