A Boy And His Dog

This past weekend my family abandoned me (ironically to attend the church's Family Camp weekend), so I decided that the best thing for mental health was a good ol' fashion drive in the country.  So I rented a car (my wife had the minivan, our only vehicle), tossed Bailey The Wonder Puppy into the passenger seat, and hit the road.

Destination?  Mabry Mill via the Blue Ridge Parkway. ETA?  3 hours... but I bet we can make that longer.

In the mean time Bailey rarely gets to sit in the front seat with the window down, so she spent most of the trip with her nose out of the window.  She was one blissful dog. 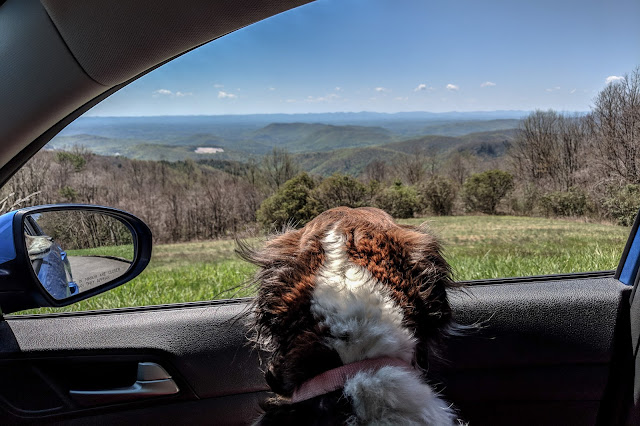 If you've never been on the Blue Ridge Parkway you a) don't know what you are missing, and b) don't likely know it is run by the National Parks Service, runs though the Blue Ridge Mountains for 400+ miles, and has lots of pull offs for sight seeing and other such park-like activities.

One of those pull offs has an old cabin, called Jesse's Cabin, mainly cause it was built by a guy named Jesse sometime before I was born (I should get a side job as a tour guide).  I decided it was a superb place to stop, so we did. 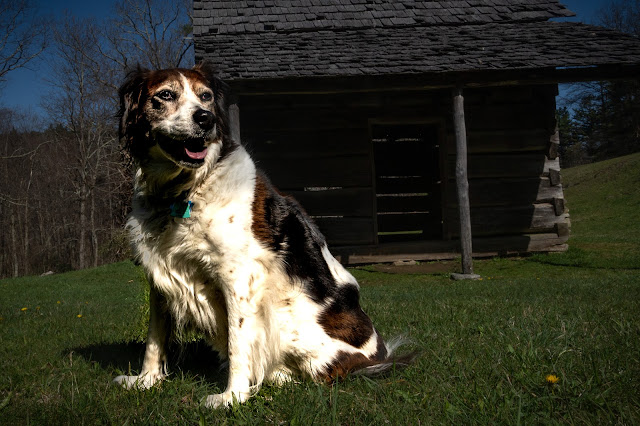 After an hour or so we had a pow wow to discuss our next steps.  Bailey wanted to chew on a dead squirrel.  I wanted to drive some more.  So we compromised by getting back in the car (dogs have poor negotiation skills).

Off to the car! 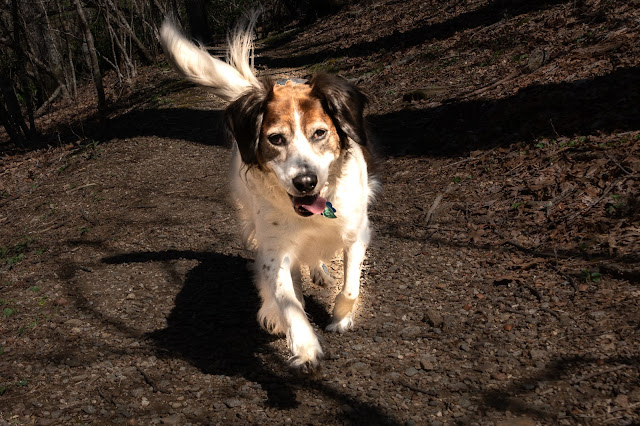 An hour or so later we arrived at our destination: Mabry Mill.

Mabry Mill is an old mill, built some time ago by the Mabry's.  It is now a historic site, and a restaurant.  It was roughly now that I ate lunch, sitting on a bench, under a tree.

It was a nice tree.

Then we went site seeing. 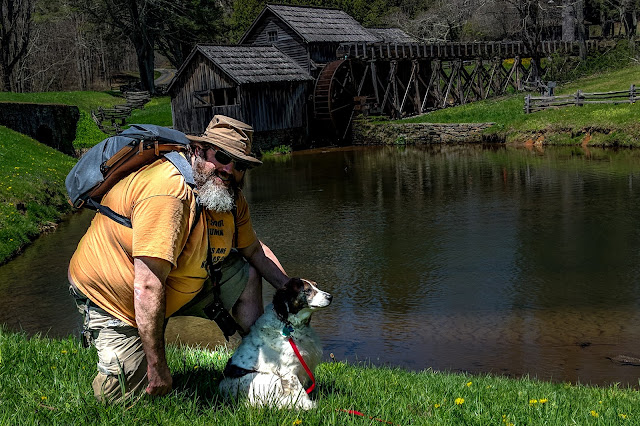 After Bailey got a full education on the history of the Mabry's (they were millwrights, and moonshiners, among other things), we started heading back.

So with sunglasses on, windows down, Guns'n'Roses cranked, and two crazy inter-species friends driving in the fastest vehicle in the world (nothing is faster than a low budget rental car), we headed off into the great unknown. 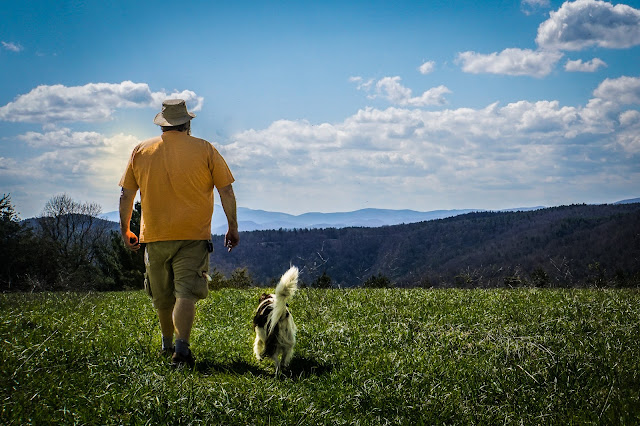 And by great unknown, I mean retracing our steps.  3 hours, and one stop later, we arrived back home for a delicious meal of kibble, pizza, wings, and a hockey game on TV (Golden Knights gave the Sharks the beating they so richly deserved; I got heartburn from the buffalo sauce, and the dog fell asleep in her doggy bed).

And that concludes the tale of an adventure of a boy and his dog.
Posted by Dave DeBaeremaeker at 9:42 PM