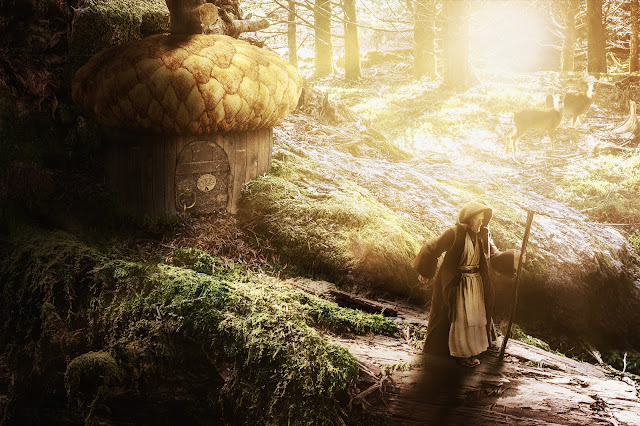 Ideas for some images come easy, some take a while.  This one sprung to mind almost immediately.

The idea is a riff on the Smurfs where magical creatures lived in large mushrooms.  My idea was to create a world where a druid type character would live in a house made out of an acorn.  I had in my head a vision of an acorn house on the left side of the screen, a druid character walking down a path from the house, and sunlight streaming thru overhead foliage.

The biggest issue I had with this concept is finding a background.  I didn't really have a good idea of where to get one.  This was my biggest obstacle for bringing this image to life, and the one I was most worried about locating during the hunt timeframe.

Shortly after the hunt began I went for a drive up to Mount Mitchell NC.  I went for a walk down the path and found some candidates for useful backgrounds. 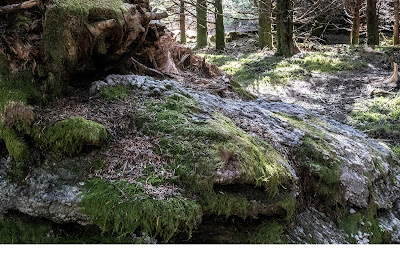 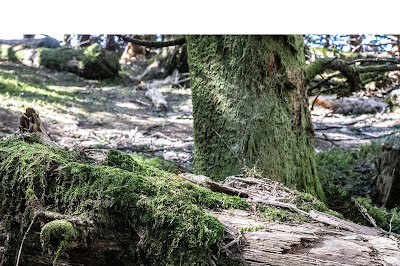 Neither of these were perfect, but I was armed with Photoshop, so I could create my old world by combining these two images, like this: 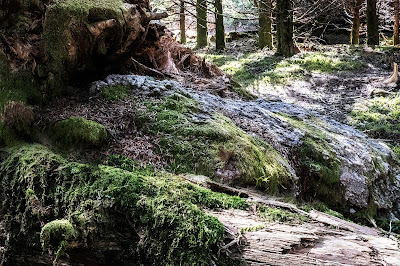 I lacked an acorn, which seems pretty important for an image based on the word "acorn", but I am armed with stock photography, so getting an acorn was easy.   The acorn is actually a very small part of the image, and I am confident I could take an image of one if I had one, so this was a short cut I am happy to take.

The druid character was also tricky.  Since druids wear cloaks, I decided to use an Obi Wan Kenobi character and hope it didn't look too Star Wars, and more generic druid.  I shot him in my lightbox: 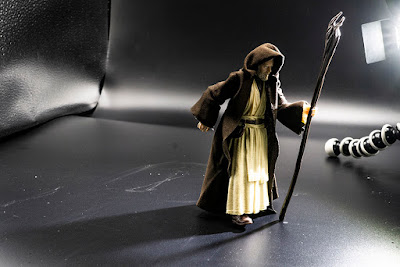 I knew I was going to add bright sun light from behind, so I was sure to add more back light using a Lume Cube to get that "glowing in the sun" effect.

Now that I had the main elements, I started putting it together, first by placing the acorn into the scene. 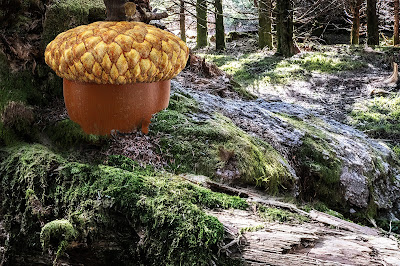 I added a wood texture to the acorn to give it a constructed look. 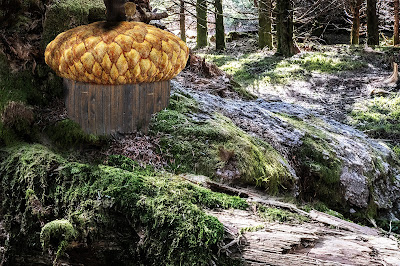 Then I added in the druid character. 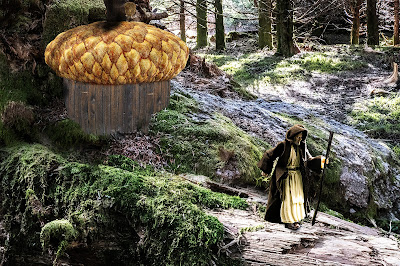 As an afterthought I tossed in a couple deer into the background. These deer I happened to come across while on my way to Mount Mitchell, and had no intent of using them for the hunt, so calling them a happy coincidence.  I think it adds a little more to the image tho. 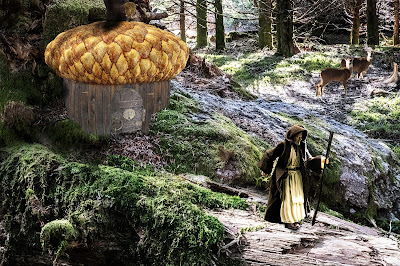 Then I added in some bright sunlight in the background to give that "morning glow" feel. 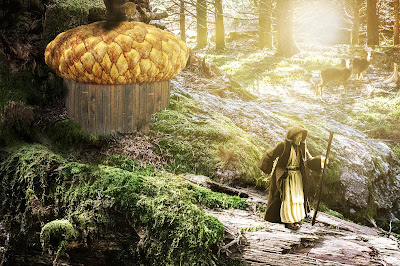 The missing piece was that I needed a door for the acorn house.  I plumbed the depths of my archive (thanks photos.google.com and your AI backed search engine!) and came across a fairy door image from Minneapolis I took back in 2012, so I added that to the acorn. 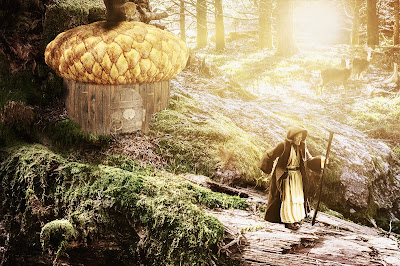 Then I added in the shadows to put everything into its proper place in the image, and the result is the final image:

Posted by Dave DeBaeremaeker at 8:08 PM

Sooo cool to see all the thoughts and concept and different shot to arrive at this incredible final image. Fantastic work!! :D