Behind The Scenes: Connected

For the 28th round of the Photography Scavenger Hunt I decided to only use props and backgrounds I already had, or made myself.  My entry for the word "connected" is a good example of this.

The concept is Spider-man hanging from a bridge, which is a bit of an homage to the Spider-Man: Far From Home poster.  Except he is talking on a cell phone, and hanging out in New York City. 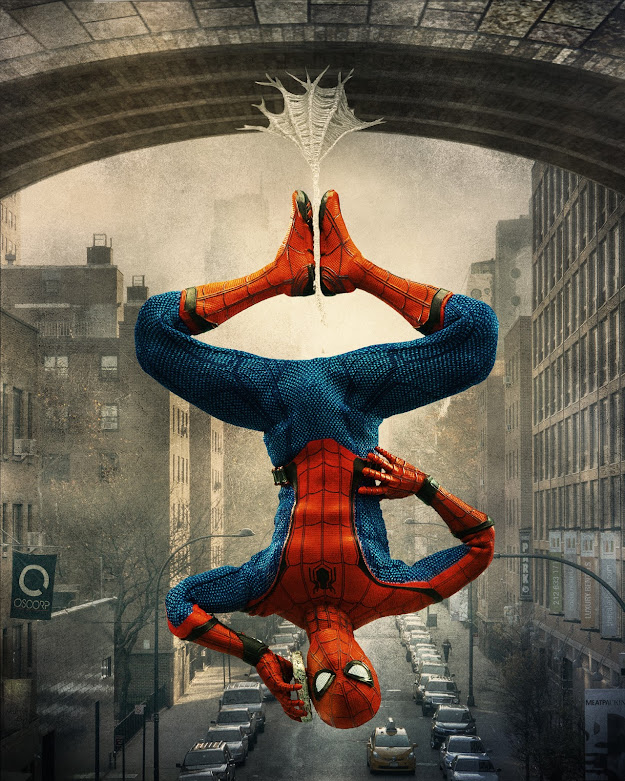 The cell phone is a simple square of foam painted with silver paint, to look like an iPhone-ish type device.  I didn't worry about getting it too smooth since I figure Spidey is going to rough up his phone pretty badly while doing his superhero stuff.

To get Spidey hanging upside down I suspended him from a wire that was held up on a Platypod with a couple gooseneck attachments.  I used a couple Lume Cubes to give him a rim light. 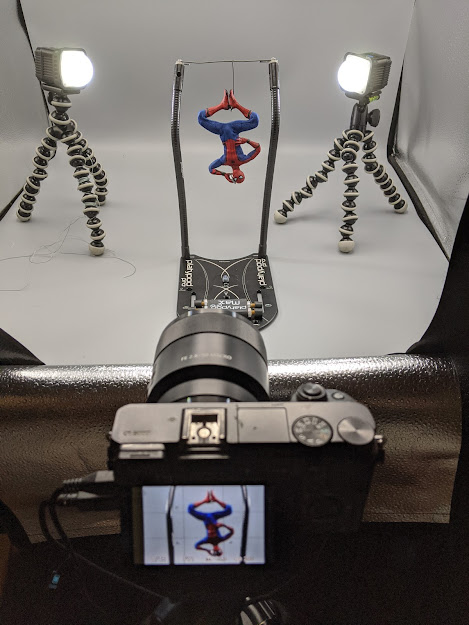 I then compositied him into a background I took form the Highline in NYC back in 2015. 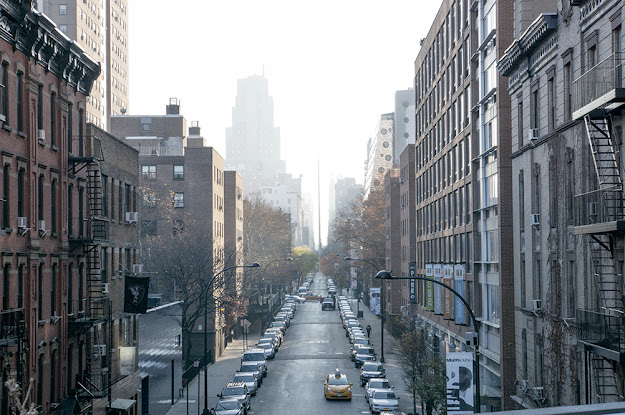 I originally thought I'd make a bridge out of foam, which is my go-to diorama material, but it didn't work out so I used an archway from PixelSquid.  I did use the brickwork I made to act as a background for the web.  Using the brickwork saves a lot of time in post trying to match the brick colour cast on the web. 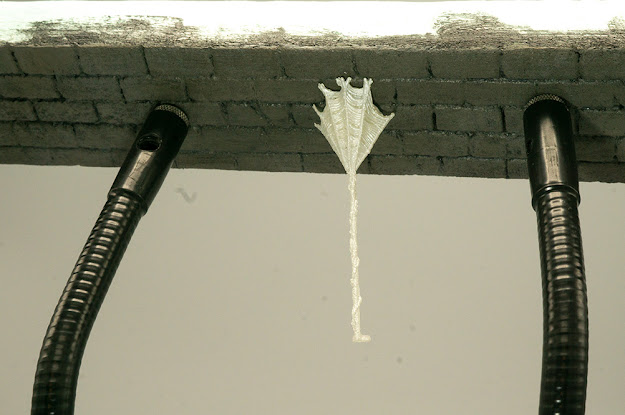 I then composited it all together.  The one additional artistic touch was to replace the black flag on the left with the Oscorp symbol - Oscorp being a company that features prominently in the Spider-Man universe.
Posted by Dave DeBaeremaeker at 6:55 PM