Behind The Scenes: Meal

The 28th round of the Photography Scavenger Hunt was the first one where I made all my own props and backgrounds.  This is a behind the scenes look of how I made the image for the word "meal".
The concept was simple:  Two of the Teenage Mutant Ninja Turtles in a sewer, one with pizza, sharing with the other.  The final shot looks like this: 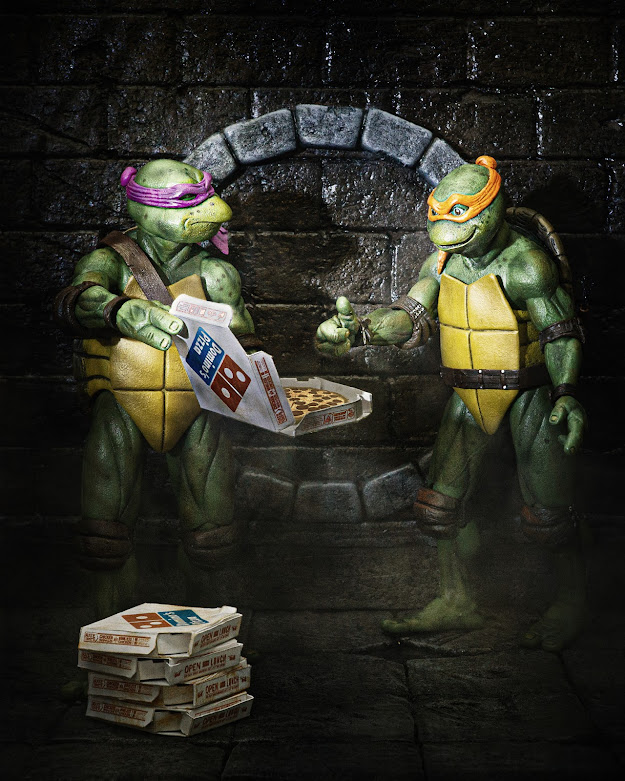 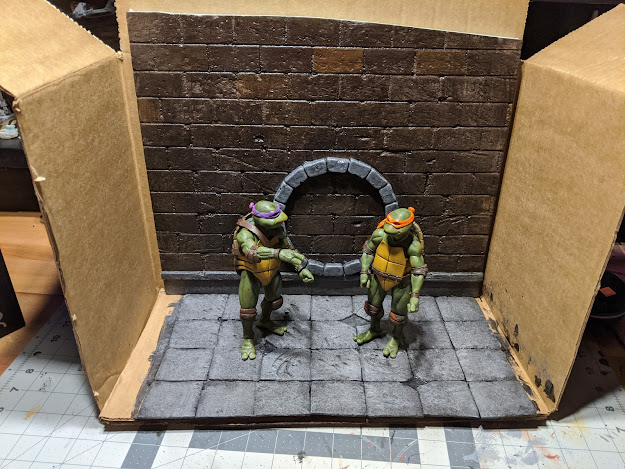 The tricky part of this build was figuring out the angles to make the circle of stones.  The rest is pretty straightforward: carving in brick work, add some paint, done.

I downloaded plans for a model pizza box from the Internets. I replaced the logo on the box with the Dominos logo, because in the 1990s movies they ate Dominos (just going to show living in a sewer means you'll eat even third-rate pizza with glee).  I printed off a bunch of the boxes on card stock (for strength), cut em out, folded them up, and then glued the ends (else the paper folds up, looking meh). 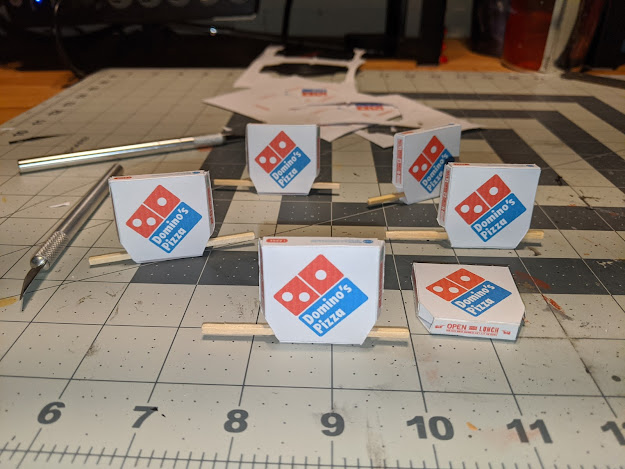 I aged the boxes with some paint, and added them to the scene.

Everything else was pretty much shot as one image, except the pizza itself, which is a PixelSquid model.

Posted by Dave DeBaeremaeker at 7:08 PM