This is how I built the world for the word "broken."

The concept I wanted to use was the comic book cover for the Death of Superman issue.  It featured his ripped cape on a pole. Looks like this: 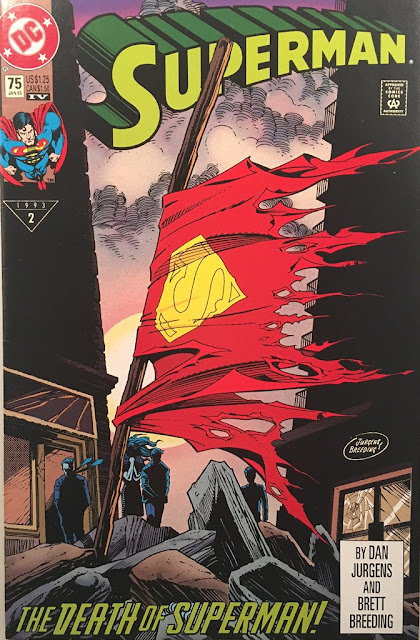 I started by making his cape.  Starting with a template of Supermans S logo cut out of cardstock, I experimented with different fabric dyes and paints to see how to make the best cape. I started with fabric markers, but they tended to bleed a lot, were uneven in colour, and generally made a mess of things.

Then I tried fabric spray paint, and that worked really well.  I glued (using kids crafting glue sticks) the logo to a piece of yellow fabric from my wife's quilting stash, then sprayed the whole thing with red fabric paint. 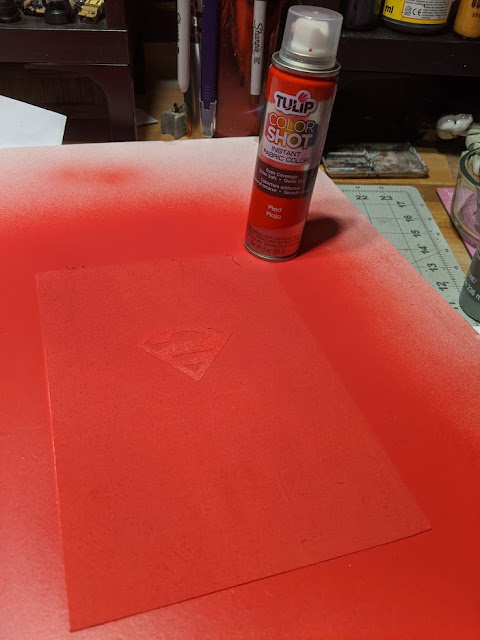 When I removed the stencil (which was easy as the glue had a very weak bond - its intended for paper, not fabric), I was left with a very passable cape. 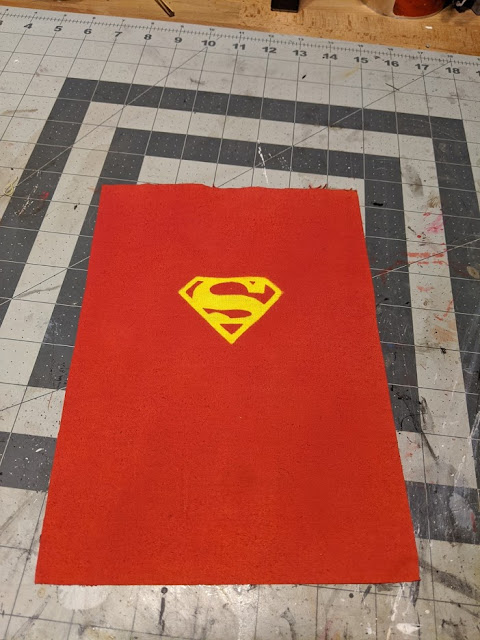 Perfect!  Now to destroy it!

I used a mix of wire brushes, nails hammered into boards, and other implements of destruction to shred the cape to look similar to the comic cover.

The next step was to make a big pile of rubble.  I used my favourite diorama material, XPS foam, for this.  I cut a bunch of concrete bricks - 1"x 2" painted them up to look grey, then glued them all in a pile.  I also made a couple broken I-beams, to give that fresh "fallen from a building" look that is so in vogue these days.  I grabbed a dead branch from outside to act as the pole. 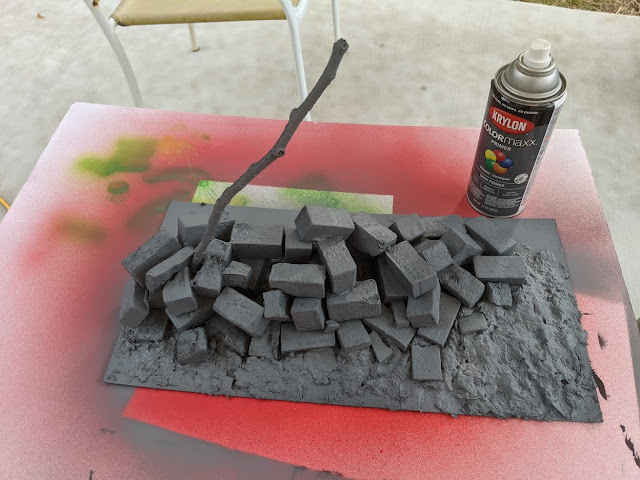 I then tossed the whole thing in front of my TV, and had it display a sky scene. Added some lights to catch the details in the rubble pile, then took the shot. 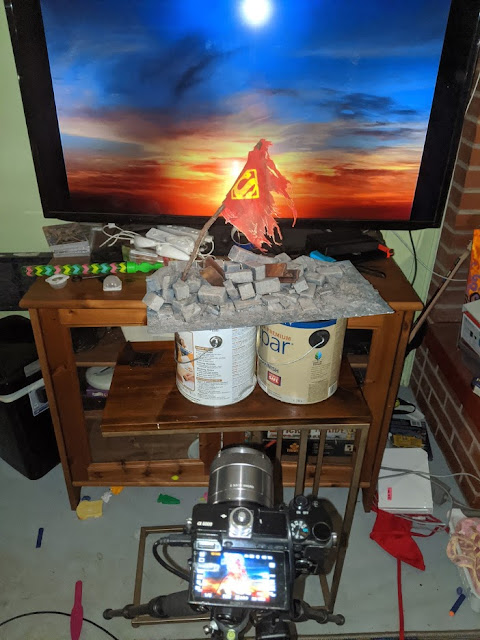 This is the straight from camera image I submitted to the hunt: 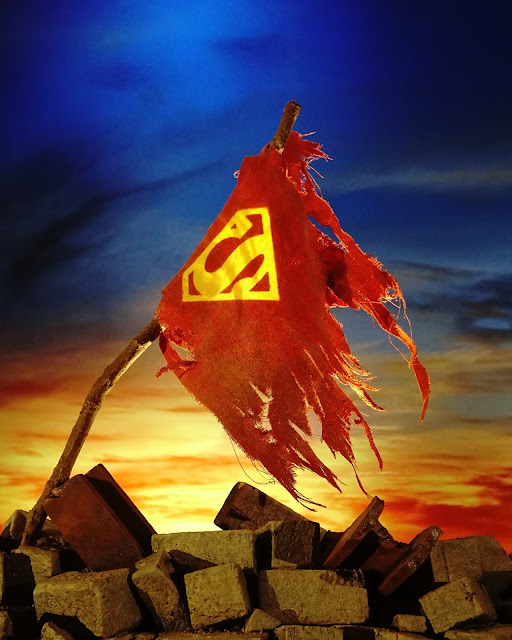 As is my custom for images from this round I post-processed the images after I submitted it to better match my Photoshop-y style.  At first I applied some colour balancing to this image, and called it done.  However I realized I really didn't dig the style of the image - it just didn't fit my vision.  I think part of it is the background sky - I'm just not a bold colour sort of guy.  What the hell were you thinking using that sky, past me?!?

So my processed shot is a complete redo.

I reshot the same pile of rubble and the same cape in my lightbox.  Then I composited in some ruined buildings I downloaded from PixelSquid.  I added a sky from my archives, and added some textures and smoke effects.  This is the vision I actually had in my head: 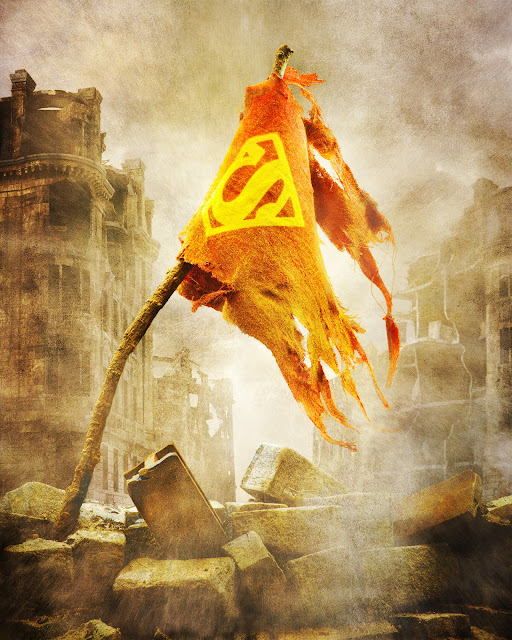 In other news, after making this image I decided to re-read the series.  All 63 comic books of it.  So I have been going through it online at dcuniverse.com.  Good stuff, comic books.  I wasn't much of a reader of them back in the day, but recently it has become one of my favourite literary forms.
Posted by Dave DeBaeremaeker at 1:49 PM