The 31st round of the Photography Scavenger Hunt is upon us.  This is my entry for the word "Window"

Window.  Its like a thing you can see out of... almost like a window to the soul, but not.  So I decided to make a self portrait with a window to my soul....

I tried mocking up something, and immediately hated it.  I mean, can you blame me?

I think I could beat that idea into submission, but it would take a whole lot of work (I even started making a window out of balsa wood to serve as a better mind portal).  However his was about a week before the deadline and I was losing steam.

So in desperation I looked up to the My Little Pony on my shelf (fun fact: first Christmas I shared with my now-wife, then girlfriend, she asked me what I wanted, and I said "a pony" so she got me a My Little Pony doll.  I had no choice but to marry her after that) ... and inspiration struck.

My Little Ponies have designs on their asses - they call em cutie marks, I call em ass-tattoos. Throughout my brainstorming for window I kept getting flashbacks to my PTSD inducing IT days brought on by that damnable Windows OS. So doing the math:  pony ass + logo == good enough!

And by definition good enough is good enough, so I grabbed the pony, took it outside and tossed it on a small concrete block retaining wall in my back yard, positioned it for the then setting sun, and started shooting. 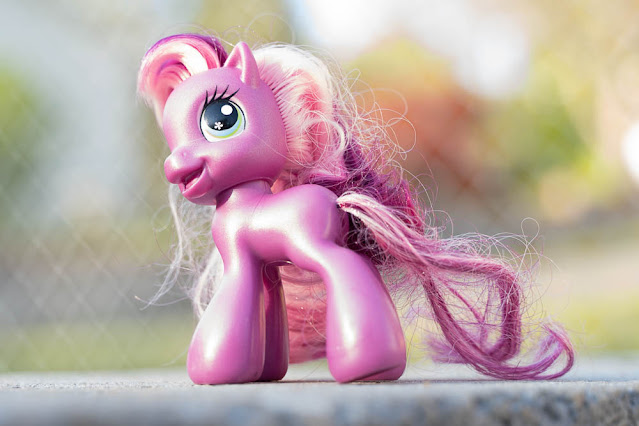 Good enough actually turned out to be not that bad at all.  The location was right in front of a chain link fence, and the neighbours house was on the other side.  This made the background a horrid mess (for the shot, the neighbours yard actually looks quite nice).  I played around with a very shallow depth of field to blur all that crap out, and I was left with a rather pleasing photo.

I tossed a Windows 2000 logo on its ass, and called it a day.  This is what I submitted to the hunt: 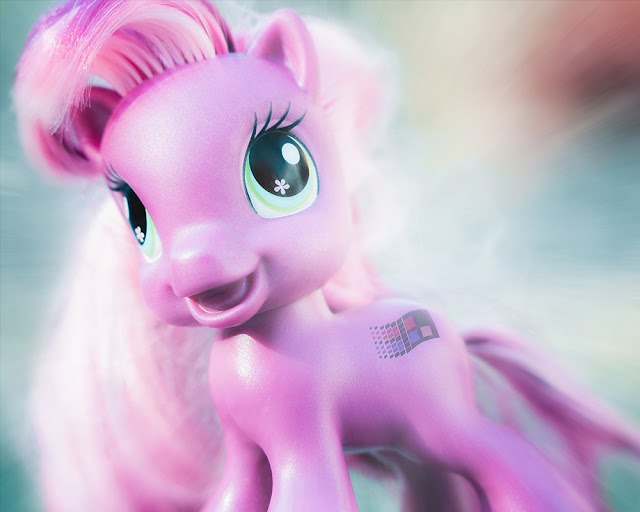 Posted by Dave DeBaeremaeker at 8:28 AM