The 31st round of the Photography Scavenger Hunt is upon us.  This is my entry for the word "Sparkle"

There are some words where ideas come fast and loose, and one is almost spoiled for choice.  Others I have to fight tooth and nail to get even the faintest thread of an idea.  Sparkle was the exact middle - no ideas at all until blind inspiration struck out of the blue.

So when I get a list of hunt words one of the first things I do is write them in a notebook, and then I write some first thoughts associated words beside them.  This helps spark my creative flow.  For example, this is my notebook for Ink: 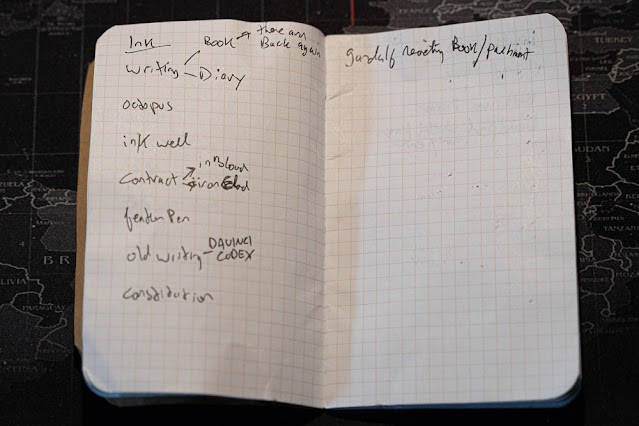 Contrast that with my notebook entry for sparkle: 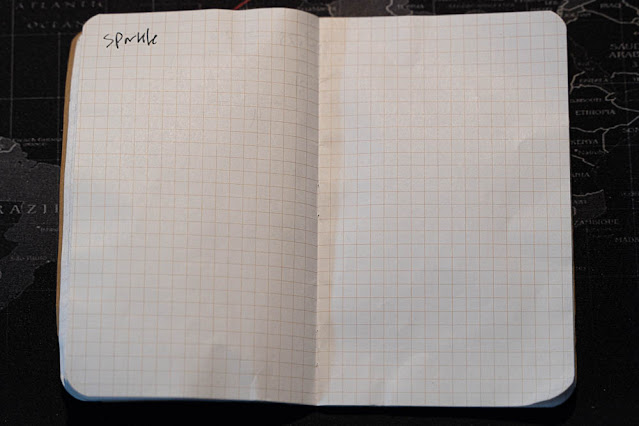 So much to work with there, eh?

"Nerts!" I said to myself, and I grabbed my headphones and went for a walk.

I am not sure if it was the muses shining on me or the music of choice or a combination of the two, but I got about half way down the path - right where the path bends to follow the river... you know the place, when the following thought came to mind.  "Tinkerbell has sparkles!  I bet Tinkerbell could become a photo... but,I normally shoot Deadpool.... Tinkerbell... sparkles... shoot... Deadpool.... wouldn't it be great if Deadpool shot Tinkerbell and she exploded in a mass of sparkles?"

Then that became: "It *would* be *freakin' awesome* if Deadpool shot Tinkerbell and she exploded into a sparkle ball!"   Then I started to laugh like a mad man.  I literally LOL'd right there where the path bends to follow the river.  When I laugh at an idea, I know it is a winner.

When I got back to my studio I hopped into Photoshop to play around to see if I could get a sparkle effect I was looking for.... turns out I could.  So I took a shot of Deadpool to composite into the shot: 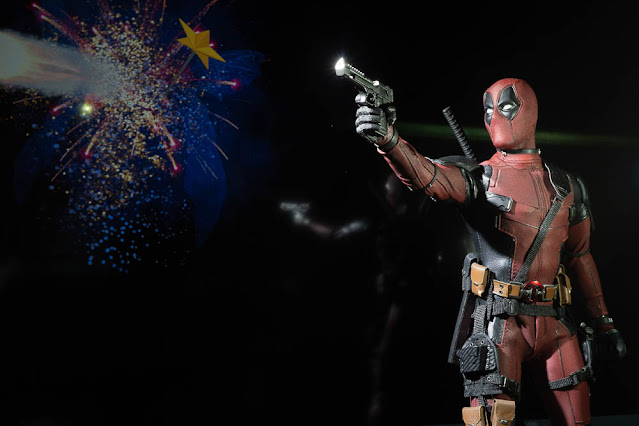 If that shot looks weird, its cause it is.  I have been playing around with an idea I've had to shoot figures in front of a TV screen, with the background I plan on using projected behind them.  This allows me to get scale, and more important, angles (light positioning, but also camera angles, and posing) correct for whatever I am going for.  I then still comp out the character as normal, but this way I know the figure is correct for the background.

I comped it together, and I laughed again.  I showed it to my wife, and she loved it.  And the coup-de-grace - I showed it to my 7 year old daughter, expecting her to revolt and the idea of Tinkerbell exploding, but she literally doubled over laughing.  Then she said something that makes me know she's my daughter - "Uh, Daddy... the wand is wrong."

I scoffed at that... then I did research, and dang it, she was right!  So I changed the wand, polished things up, and came up with the final image that I submitted to the hunt. 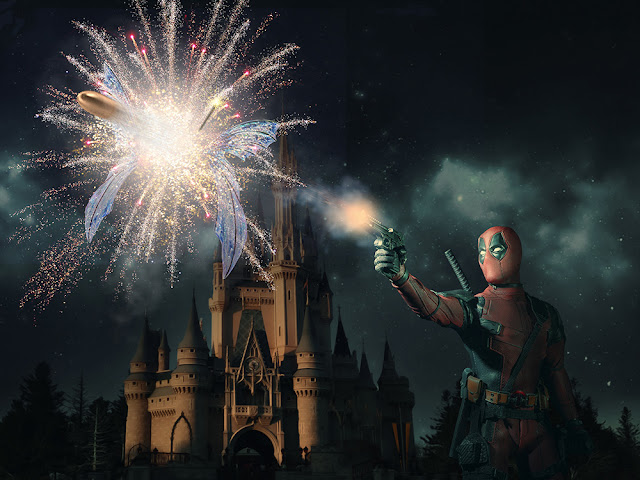 Ironically this was the first photo I had finished for this round of the hunt.

BTW if you are wondering if Tinkerbell deserved it, I refer you to Peoples Exhibit A: https://peterpan.fandom.com/wiki/Tinker_Bell#Personality. In which you will find she attempted to murder Wendy, and as an adult fairy has dubious intentions towards the minor, Peter.  She is one naughty pixie.
Posted by Dave DeBaeremaeker at 1:18 PM