I took a mental health day from work.   I ended up running a new electrical circuit in my basement to provide more lights, and put a power socket near the location where my new 3D printer is going to live (oh, I also bought a new 3D printer - more on that later).

I've helped others run circuits before, and I've swapped out a light socket or two, but this is the first time I have done an entire circuit by myself.  It all went smooth (except apparently there are at least 3 types of breakers, made by different companies, that all look remarkably alike, but are not compatible - so a big screw you to the breaker panel people - take a memo:  standards are good and you should try them... but anyways...).

I ordered new LED panel lights to go into the sockets, which are perfect for maker spaces.  The arrive on Saturday. 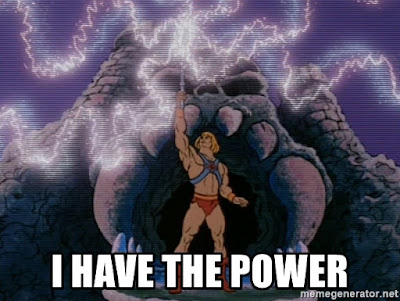 Feels good to have made significant improvements to my studio.  Almost adult like, but I am against adulting...adultering?  Adultery?  Defintely against adultery - but I do like moar power!