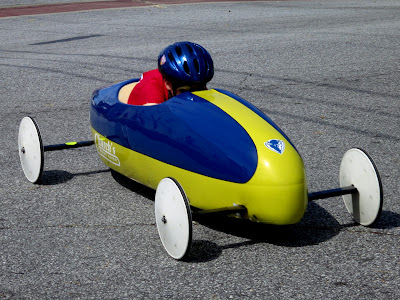 Science.  Speed. Competition. Suspense. Drama. Gravitational force exploitation. Hotdogs. These are just some of the sites and sounds at the NC Gravity Games that were held in Lenoir NC today.

The Gravity Games is a downhill soapbox derby held for local kids groups.  Mostly schools, but the local police, fire department, and Girl Guides also had their own cars.

My parents are in town so we all headed downtown to watch some of the action.

Since it is likely you all in blogosphere land missed the live action, the following is some pictures from the day,  starting with a car racing down the track after leaving the starting gate. 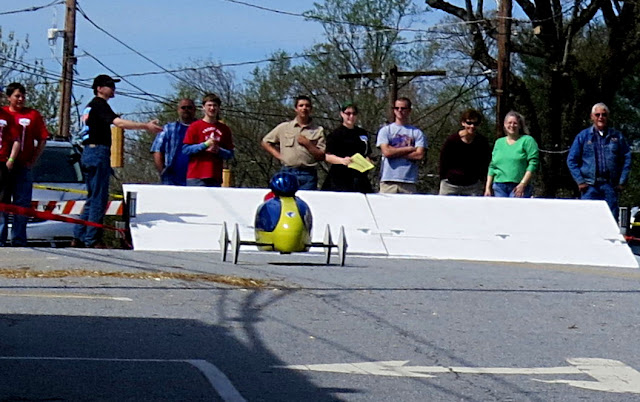 Most of the racers went in groups of two.  The first to the finish line went to the next round.  The last went for popsicles. 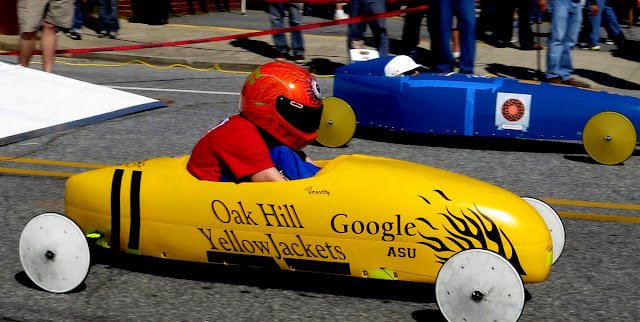 Zekey and Papa watching all the action. 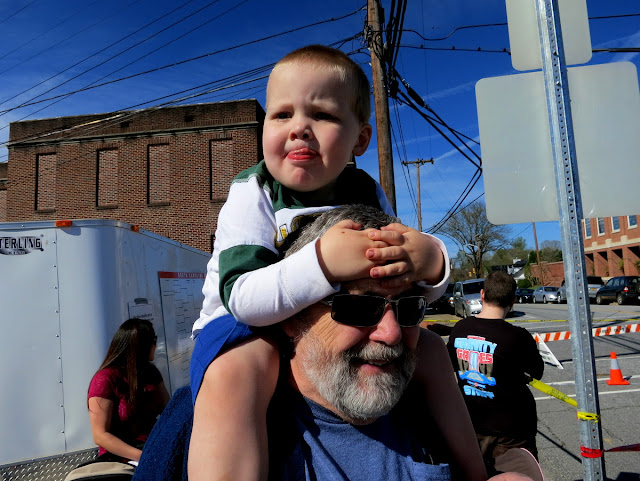 Appalachian State University had some telescopes set up so people could view sun flares and sunspots safely.  Debbie is looking for sunspots, and Abigail is looking for goldfish crackers. 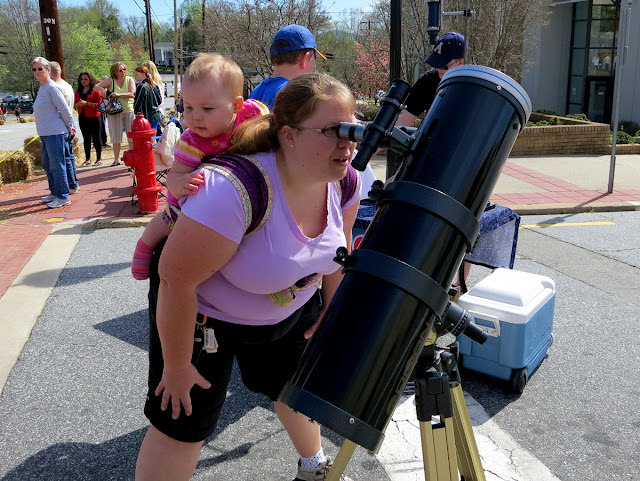 The local PD set up a roadside radar speed sign so they can see how fast the cars were going.  Some topped 21 MPH, this one did 20. The finish line is in the background. 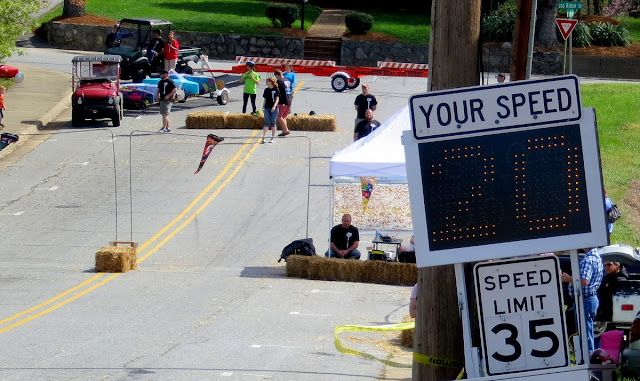 A modified car in the custom class.  Most cars in the races were unpowered, but this class was allowed a small electrical assist, such as an electric drill. 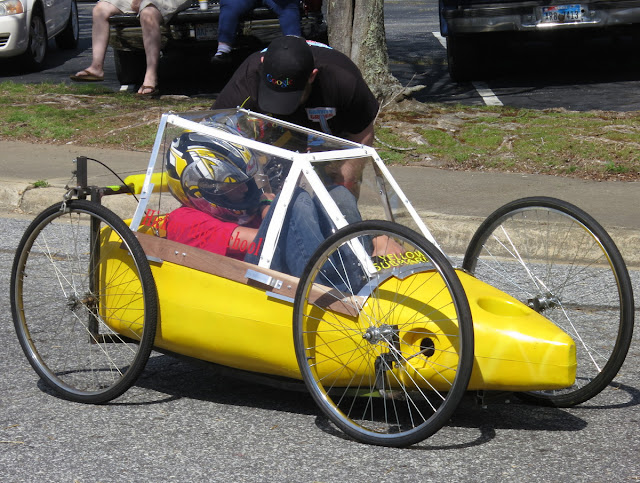 Posted by Dave DeBaeremaeker at 3:09 PM

Wow! That looks so fun! Your kids will be participating before you know it!