This is the third installment of my series on creative cache containers.  All of these containers I have found in the wild at some point or another.

The first is a bit of footwear that prooves that Bigfoot exists, and is breeding in the wild woods. 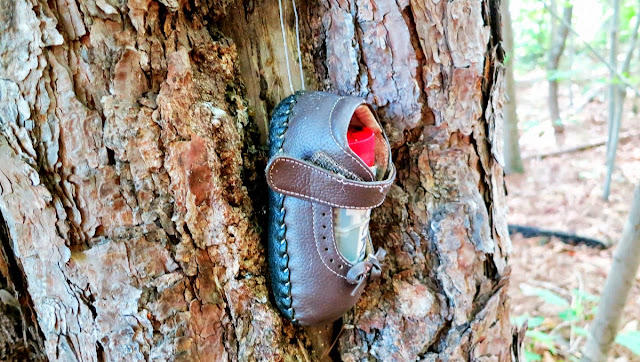 This is very simple camo, but it was highly effective.  It was basically out in the open, but it took me 10 minutes to locate. 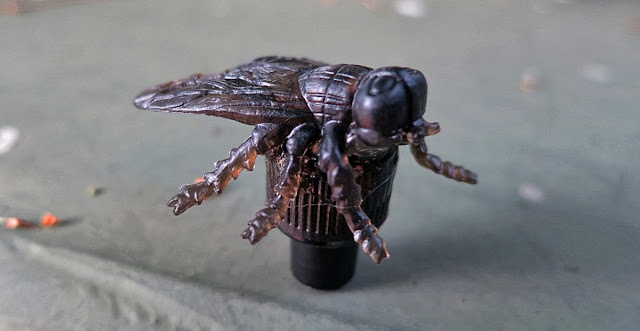 This owl decoy is repurposed as cache camouflage. 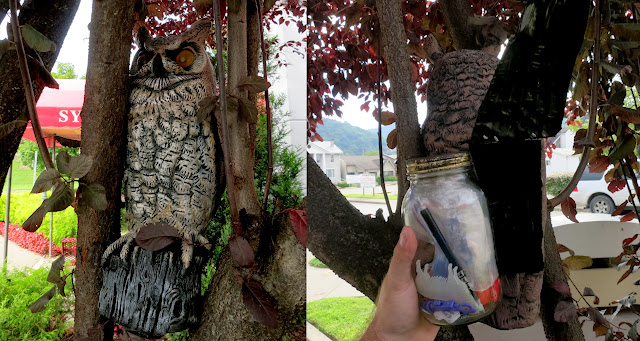 This cache is based on the story of King Arther, and drawing a sword from a stone.  The sword and stone are made from PVC pipe, and to retrieve the cache one has to first remove the "sword".

This is basically a lawn ornament turned into a cache.  It was extra special since I arrived on GZ via mountain bike. 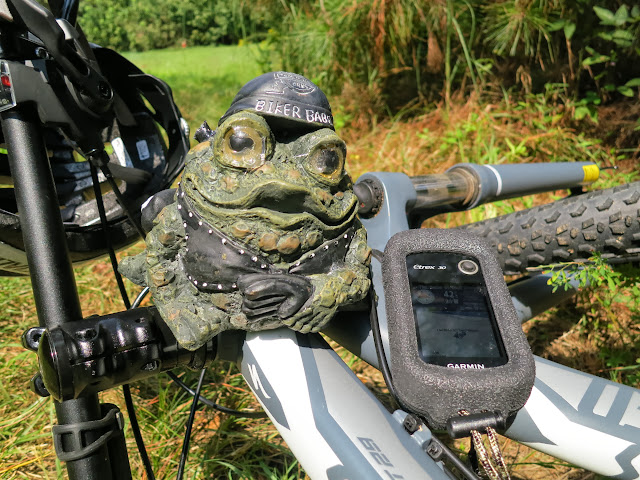 The treasure chest at the end of a 4 stage multi cache.

This cache is one of the largest I have ever seen.  Finding it required solving a tricky puzzle.

You can check out the rest of the posts in this series by clicking here: Creative Cache Containers: The Series.
Posted by Dave DeBaeremaeker at 6:34 PM