Take Me To Your Leader 2014: The Race Begins Again 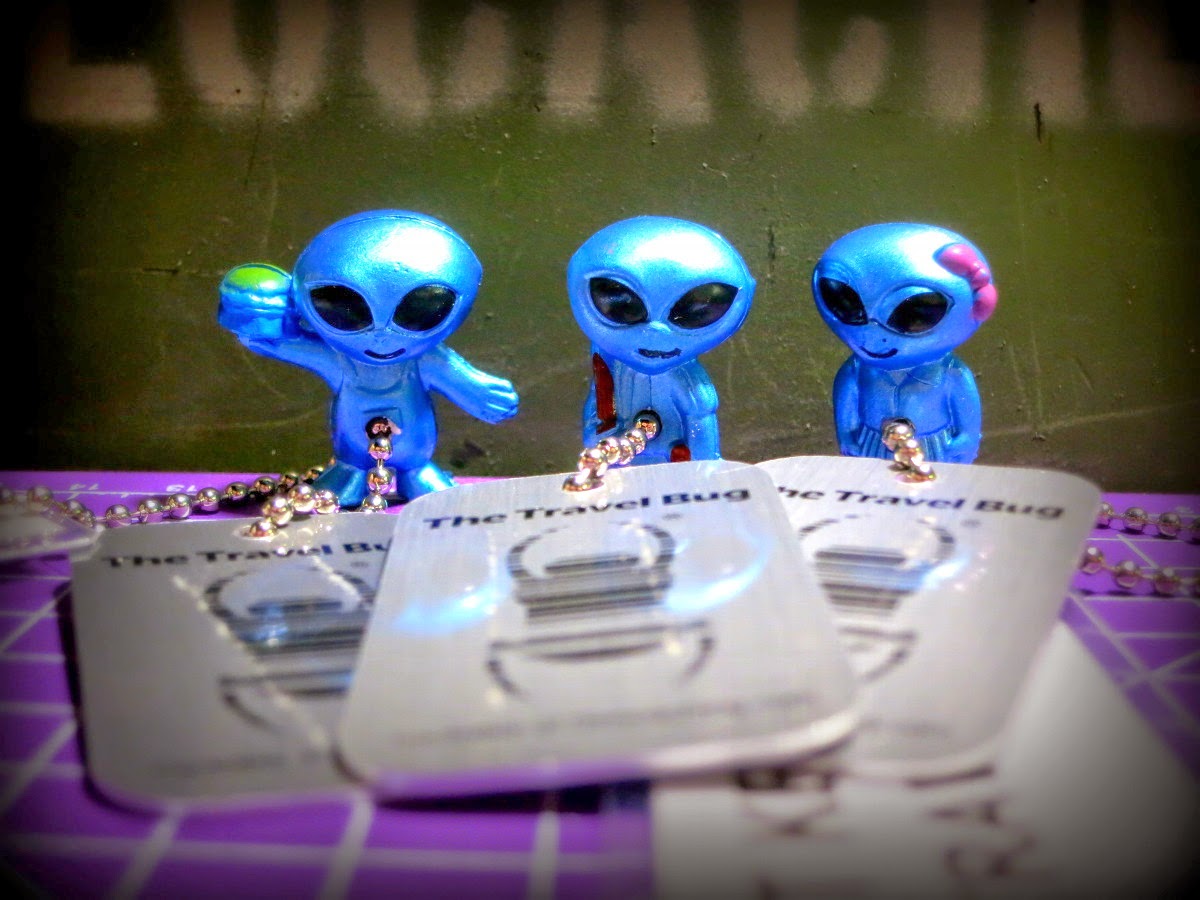 If this sounds familiar, it is likely because I held a similar race in 2012. (Check out the posts, and the standings for that race)  This time, however, I doubled the number of participants, and vastly increased the global coverage.

If you are not familiar with the concept, a travel bug (TB) is an object that has a unique tracking code. The bugs are moved from geocache to geocache by cachers, and their movements can be tracked various websites, in this case geocaching.com. Some bugs have missions attached to them, normally to get to a specific location. Others are released to travel the world at the discretion of the cachers that find them.

These bugs have a very specific mission: to return to me by being placed in a cache near my town as quickly as possible. The exact mission reads as follows:


Your mission, should you chose to accept it, is to move this travel bug on the quickest route possible to Lenoir North Carolina, USA.
The story so far…
A year ago, in a Galaxy close to home, on a small moon orbiting a small red planet in the Alpha Centauri star system,  monitoring stations began to pick up radio signals from a small blue planet in the western spiral arm of the Milky Way galaxy. Specifically the signals were from Golden Oldies 102.4FM out of Wichita Kansas.  After listening for several years, a group of 8 aliens had heard enough and decided to take action. They loaded a small Orion class star ship with as many cans of Floovian Blue Juice (their most favourite drink - and also used to tune their radios) that would fit in the cargo hold, and blasted off their home moon in search of this little blue planet, and the radio station therein.  Their mission:  to get the station to play "just a little more Lynyrd Skynyrd" because they play " a little too much Menudo".
Due to an accident during landing they were scattered across the planet, far from home, and their precious Floovian Blue Juice.  Only one was heard from again.
Now, a year later, in a valiant attempt to get more Lynyrd Skynyrd played across the galaxy, a search party has been sent to the little blue planet to rescue our plucky heroes, .  Armed with a larger space ship, and a full tank of Floovian Blue Juice, they set out across the galaxy.
One side effect of Floovian Blue Juice is that it amplifies bass notes 100x normal, so it was very unfortunate that the ships radio, in active search mode for the missing aliens, locked onto a dubstep station from Sydney Australia. The radio operator,startled by the sudden blast of bass, dropped the radio into his freshly poured mug of pure freshly squeezed Floovian Blue Juice (literally dropping the bass).  The super-amplified syncopated beats intensly vibrated the ship, eventually breaking apart in the upper atmosphere.  Once again they took to the escape pods and were scattered across the small blue planet.
Stranded on a foreign planet once again, and the only bottle of Floovian Blue Juice being an emergency supply squirreled away in the captains quarters on the crashed ship, each alien is now locked in a race to the juice.  The first one back will get to get enjoy the last bottle of Floovian Blue Juice, and tune into "a little more Lynyrd Skynyrd" on 102.4FM out of Kansas City. The rest will be cursed to drinking water, and trying to recall the memory of "a little too much Menudo".
Speed, as you can imagine, is of the utmost importance. 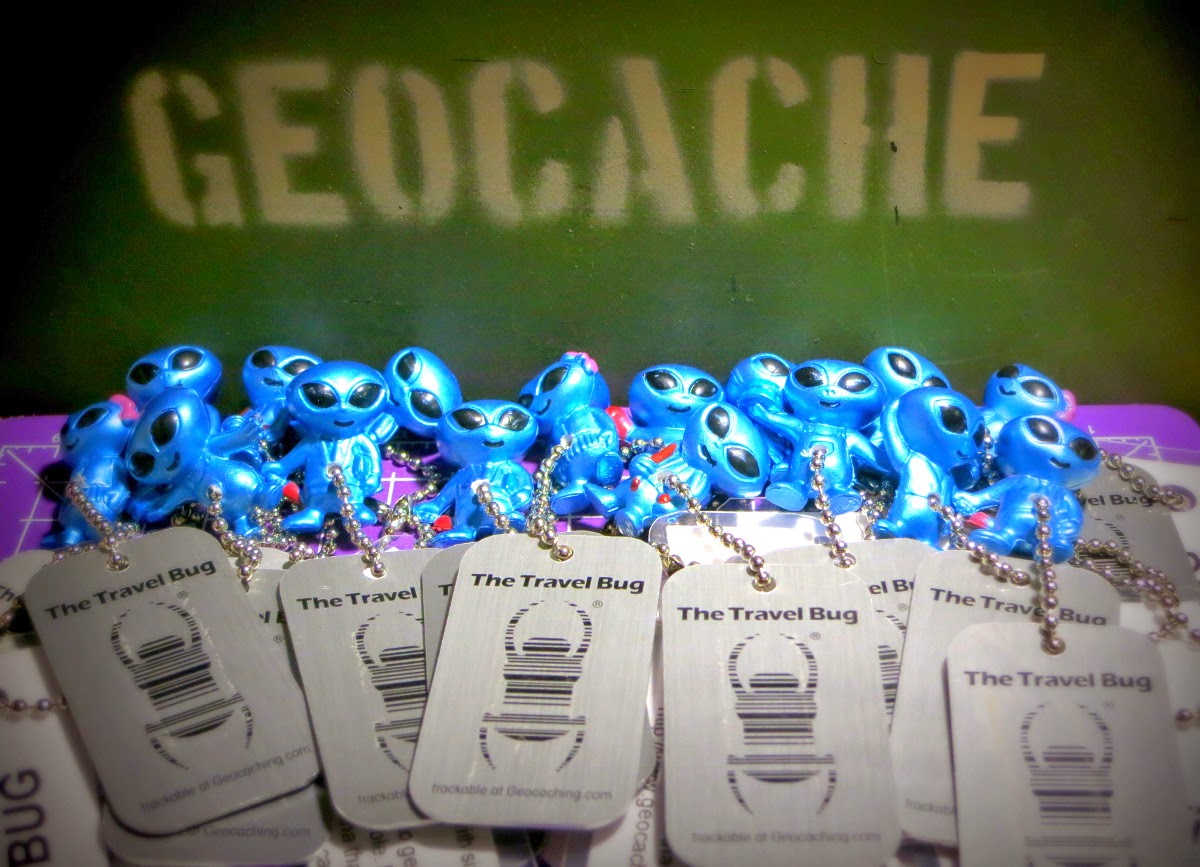 The race works like this: I have mailed via the United States Postal Service, 16 identical travel bugs to cachers in 13 countries on 5 continents.  They have agreed to release the travel bugs in a cache near them.  Each travel bug is a 1" dark blue alien attached to a TB dog tag that contains the tracking code.

Due to the asynchronous nature of the release (i.e. the TBs will not be released on the same day due to differences in international shipping speeds), the "winner" will be determined by the shortest number of days between the time the TB is logged into its first cache, and the time it gets logged into a cache in Lenoir.

None of the TBs have been placed in caches yet - they are still in the mail at the time of this writing, but  expect that to happen over the course of the next two weeks. The progress of the race can be tracked here:http://debaere.blogspot.com/p/take-me-to-your-leader-2014.html.

Thanks to all the cachers who volunteered to help place these TBs in their respective areas. Also a special thanks to Cache Advance for helping sponsor this event.  The travel bug tags are Cache Advance tags.

It should (hopefully) prove interesting to see how these travel bugs move from cache to cache as they work their way back to me. Stay tuned to this blog for updates.

Also, keep an eye on the standings, and if you get the chance to see one of these bugs in the wild please shoot me a picture or two, and then move it along.  Speed is, as they say, of the utmost importance. 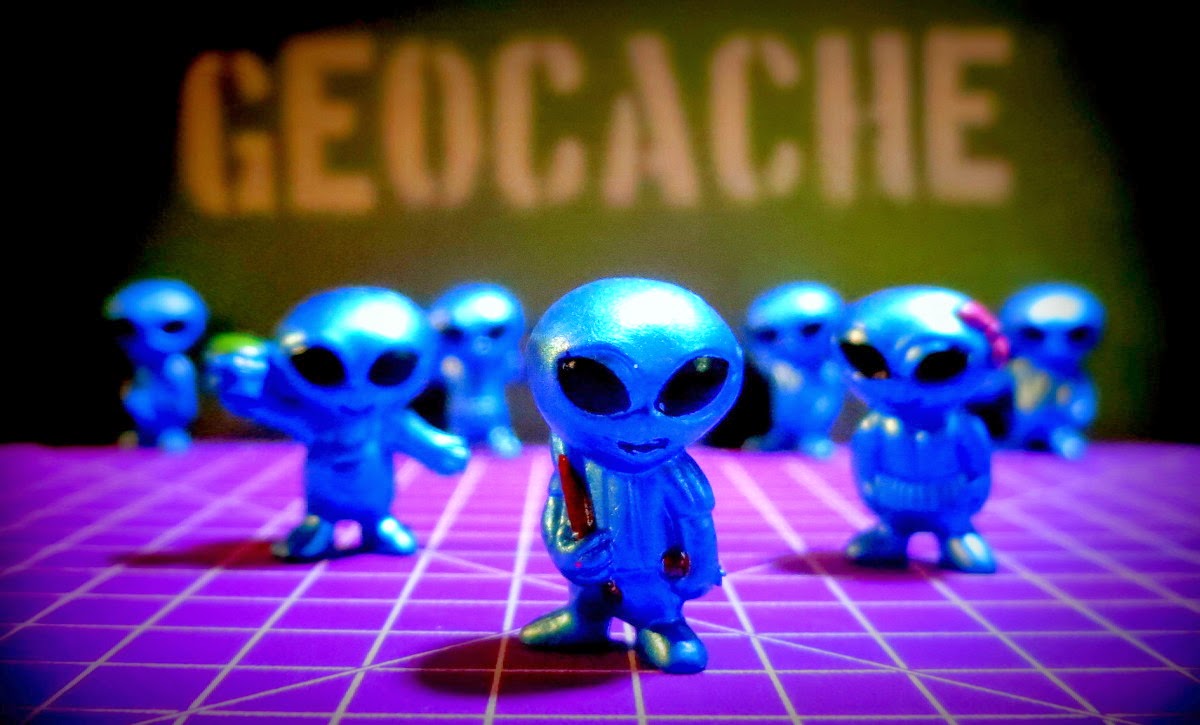