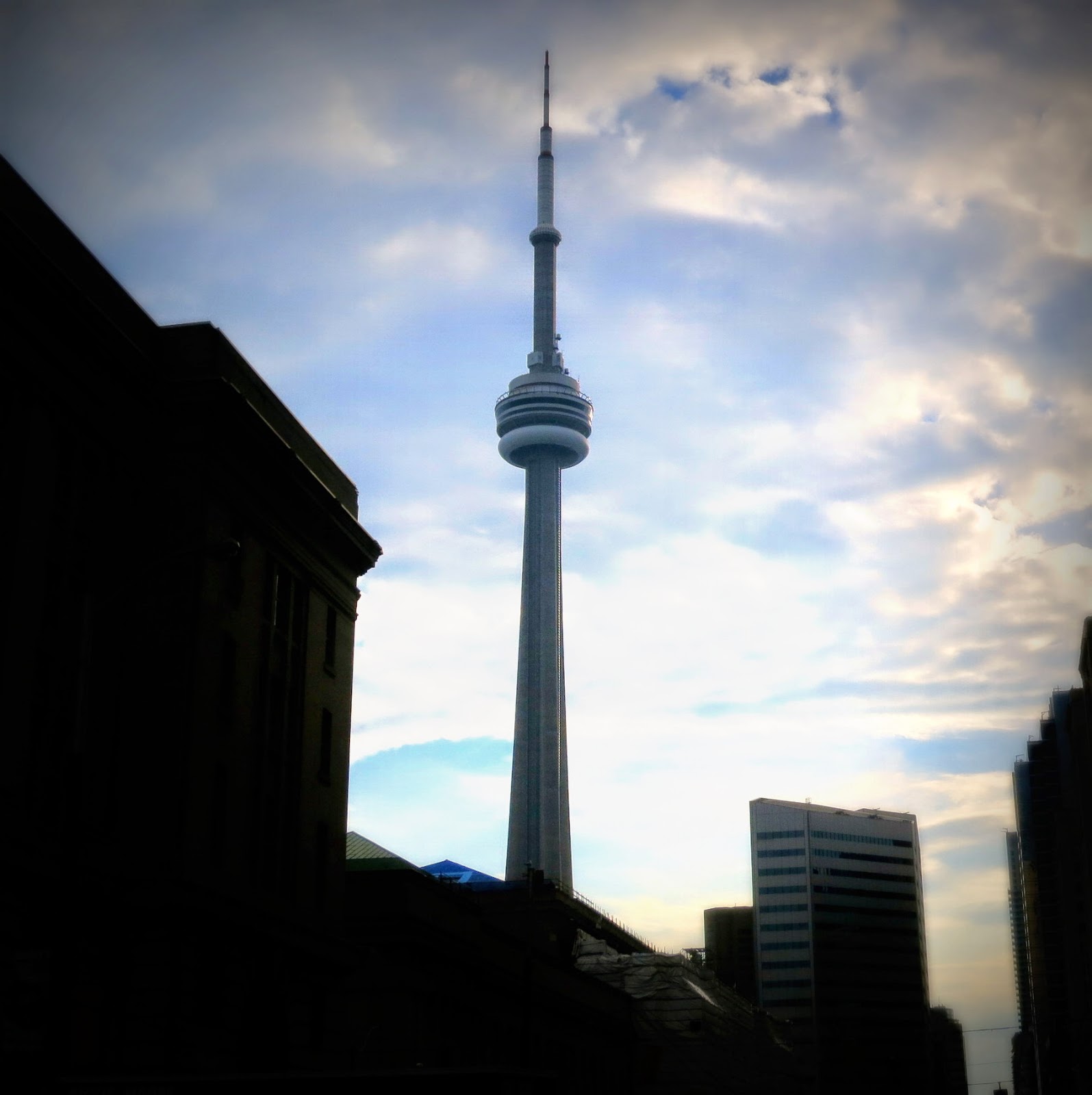 I have always said a day spent at a Wonder Of The World doesn't suck, so the last time I was in Toronto I checked out the CN Tower, which is one of the seven Wonders Of The Modern World.

When built in 1968 it was the tallest free standing structure... in the world (it was finally surpassed by the Burj Khalifa in 2010).  It also defines the unique Toronto skyline.

2/3rds(ish) of the way up the tower, at 1150ft(ish) is an bubble called the Main Pod that contains several observation decks, and two (count em!) restaurants.

On the outside deck, which is very windy in places, you can walk 360 degrees around the tower, and get views of the city, and up to 100KMs away.

There is also a glass floor you can stand on, and get real feel for how up off the ground you actually are.  This can be really cool if you are the adventurous sort, like Zeke: 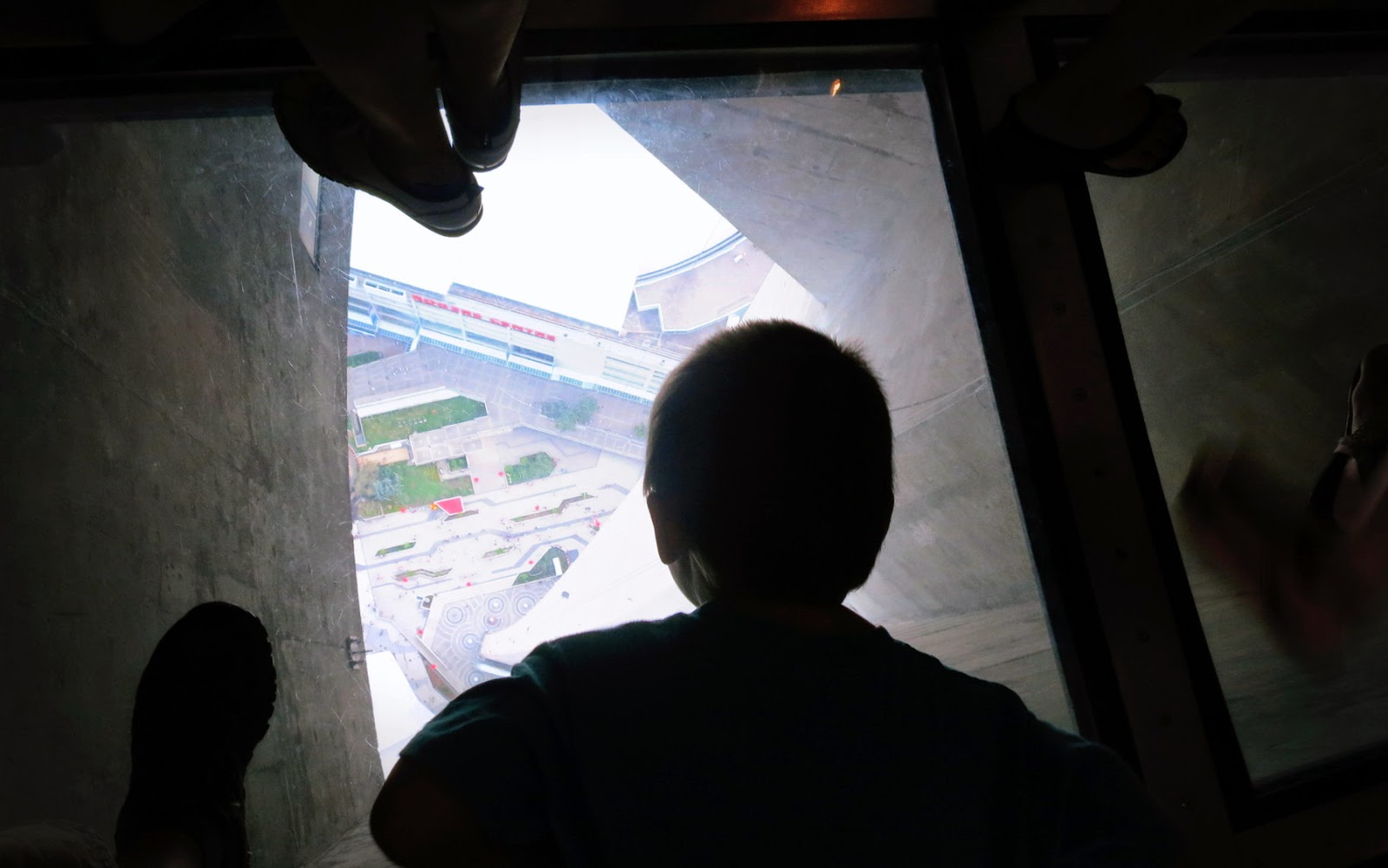 Or a little intimidating if you are a more timid Abigail. 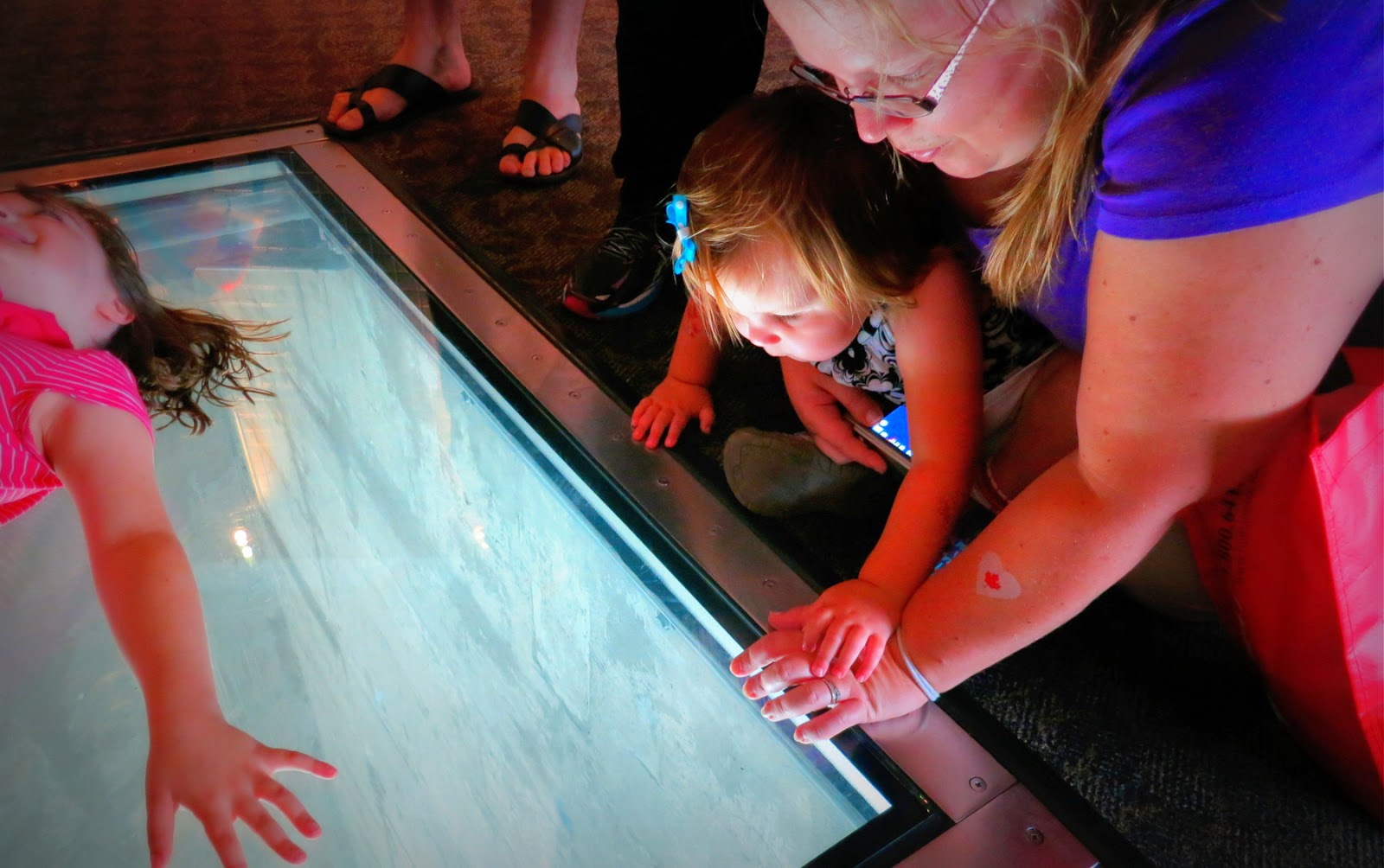 Of course the highlight is the view.  Between my cell phone camera's panoramic option, and the Google Plus AutoAwesome Panoramic View, I managed to get a couple decent shots of Toronto.  The first is looking west.

This shot is facing due north.

The CN tower is a bit expensive to visit, but if you have a few extra bucks to spend in your vacation budget, I highly recommend checking out the CN Tower the next time you're in Toronto.

Posted by Dave DeBaeremaeker at 6:55 PM