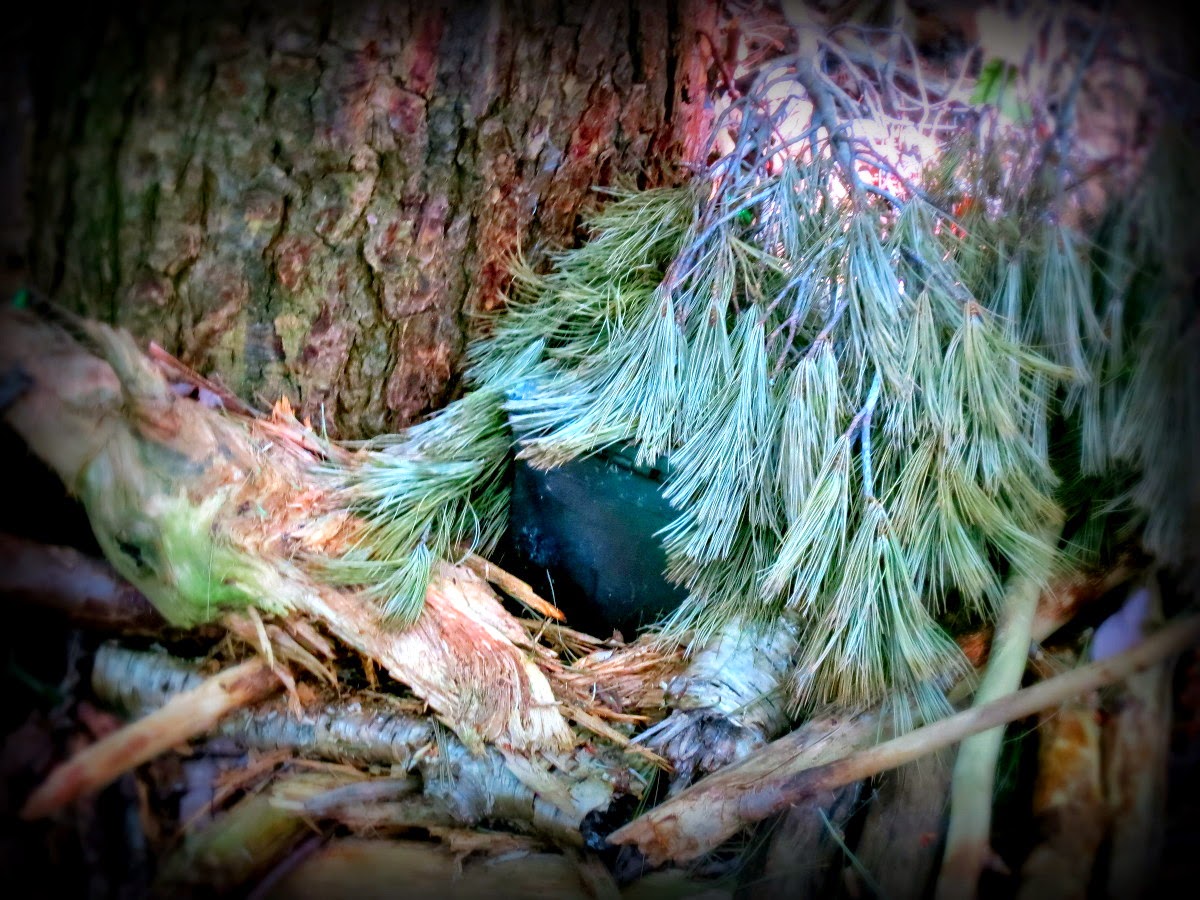 It is always a treat to go after the elder caches. Those caches that have been around in the first couple years of geocaching.

This is why, when I was up in Canada on my road trip of central Ontario, I was sure to make a stop at Ontario's second oldest cache: Bending Tree (GC384)

Bending Tree was hidden on conservation land on February 26, 2001, in the very first year of geocaching (the first cache was hidden May 3, 2000).

As I mentioned, the cache is 0.8 miles down the trails of a conservation area.  So once I parked up, I crossed these train tracks on foot, 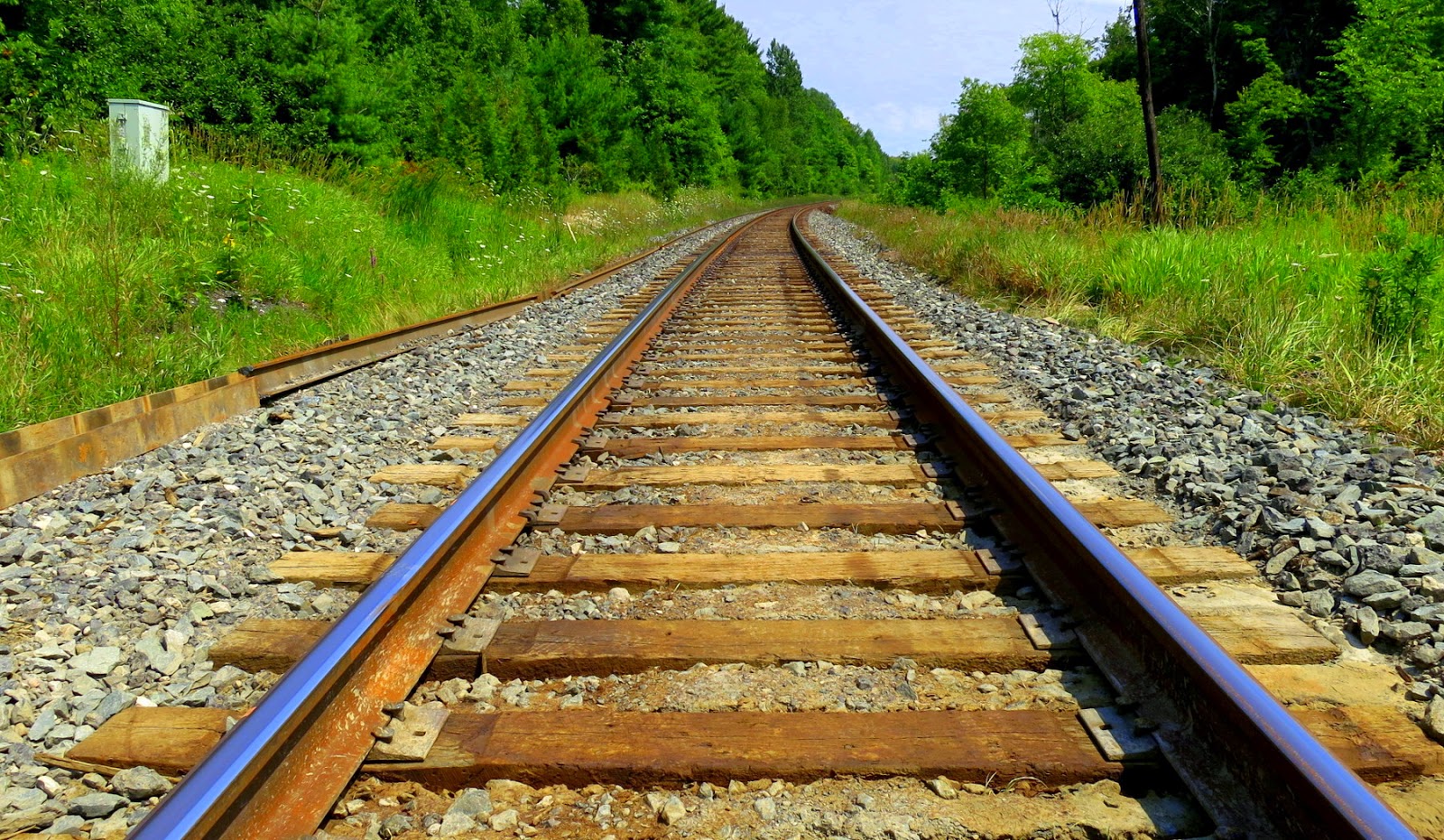 and headed down the trails.

Note that these are live tracks, and the trail follows the rails for a while, but along a ridge, so the rails are not actually in view most of the time.  It is an odd feeling watching a train suddenly appear thru the trees and pass you by.  It doesn't quite seem to fit, and makes the woods all noisy.

The trail itself is single track, but well groomed. 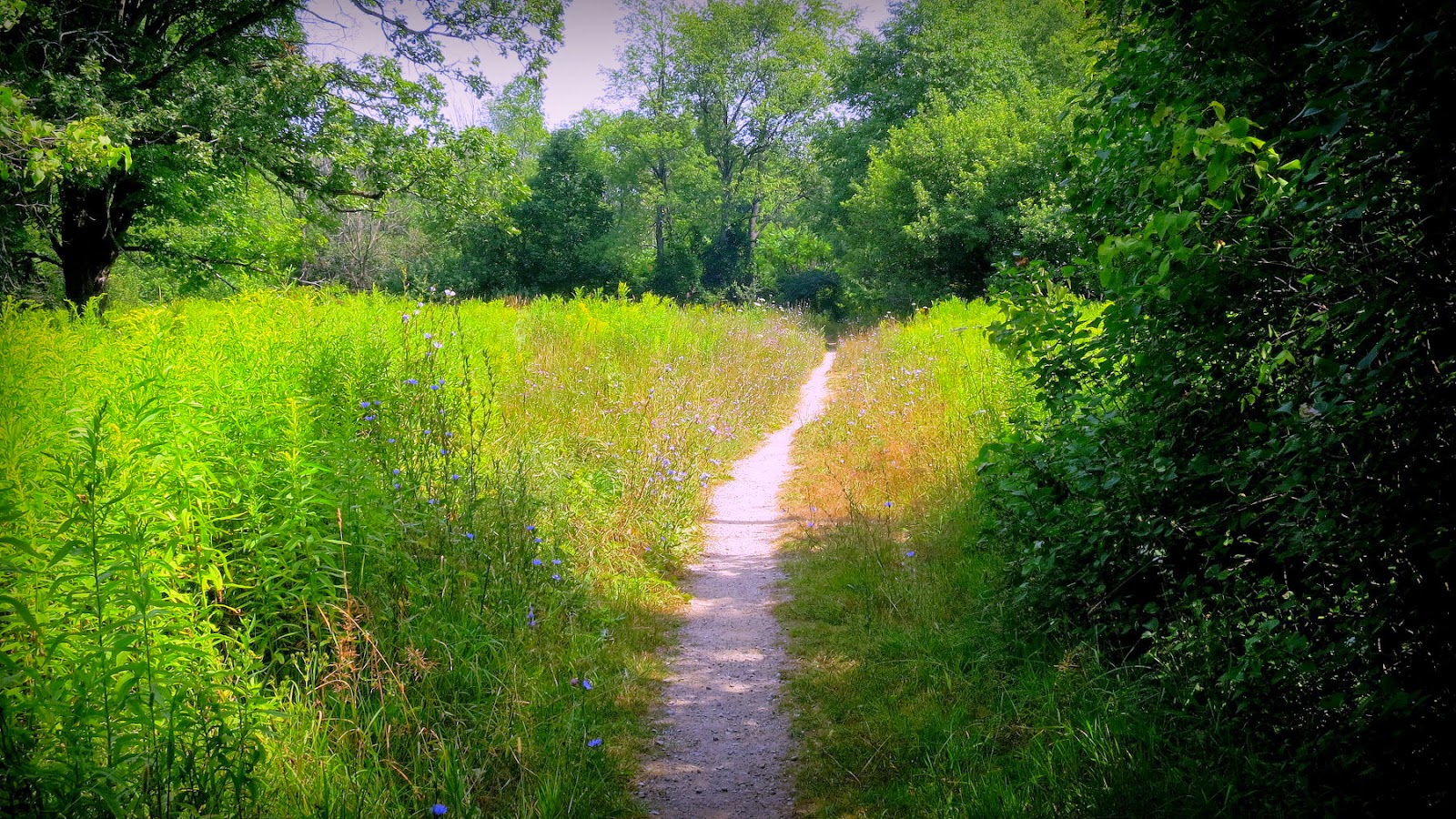 There were several bodies of water along the way, which added some visual interest. I am on record as stating I love it when trees grow out of rocks.  I have had the pleasure of seeing several examples of that over the years.  I have, however, never seen a tree grown around another fallen log. 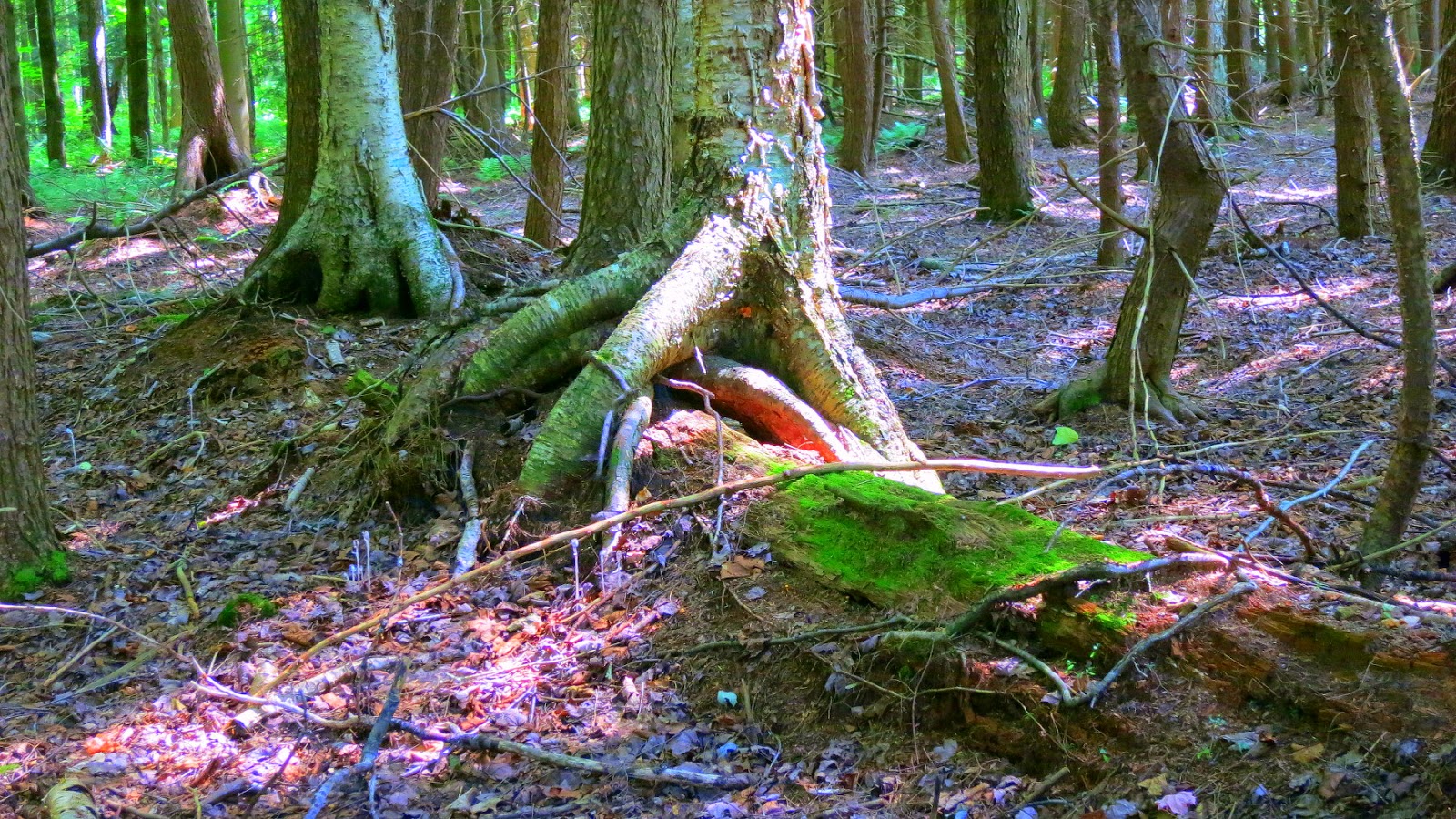 The actual container used for Bending Tree has changed over the years, and its current incarnation is an ammo can.  It is hidden in ancient looking woods that feel eerie - almost haunted, if one believes in that sort of thing.  It does, however, have a cracking good view overlooking a pond. 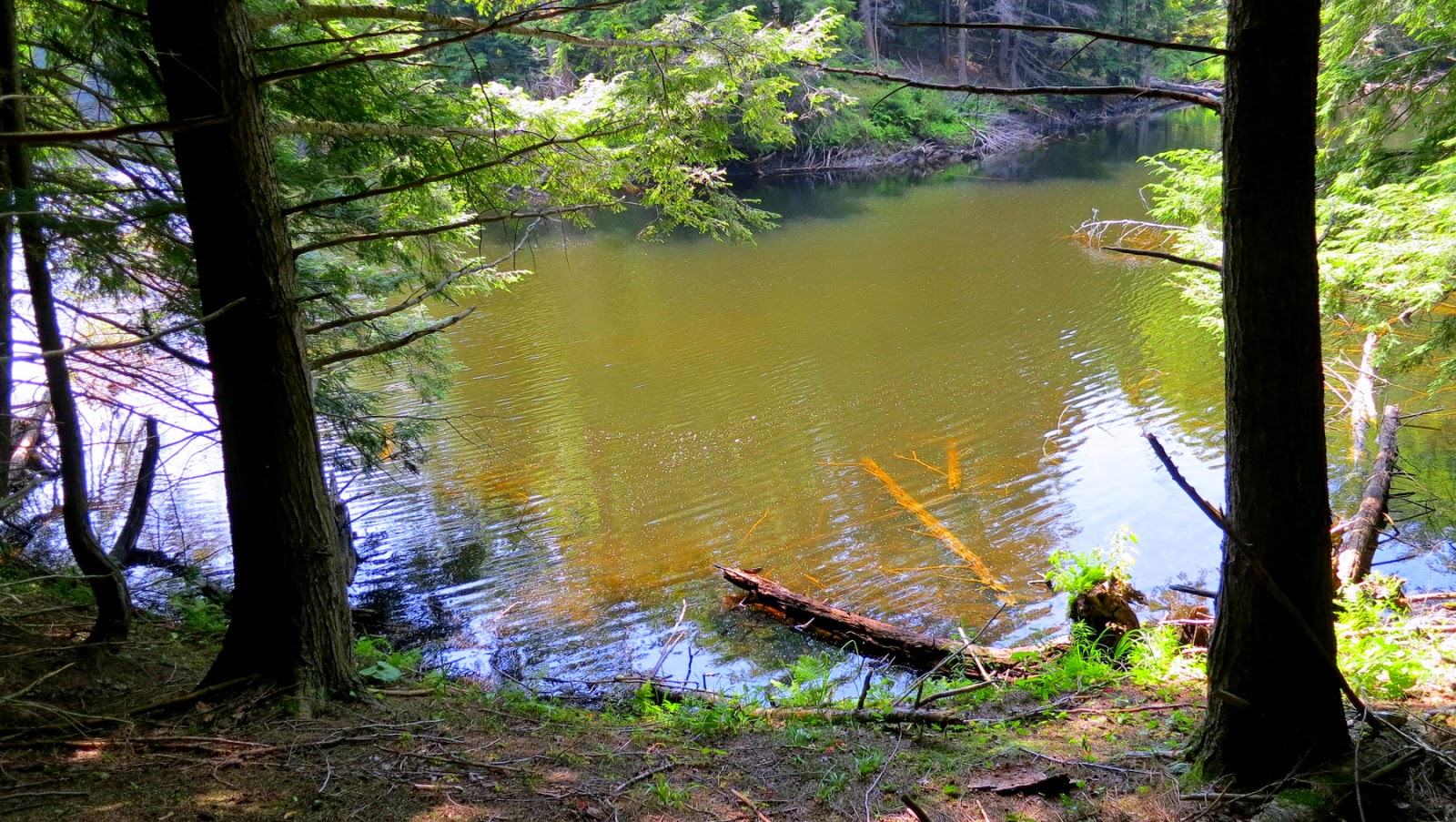 On the way back, just as I left the woods and arrived at the car park, I came across this picturesque view of a farm on a hill.  Between me and the farm is Highway 400 (think "interstate", if you are American). 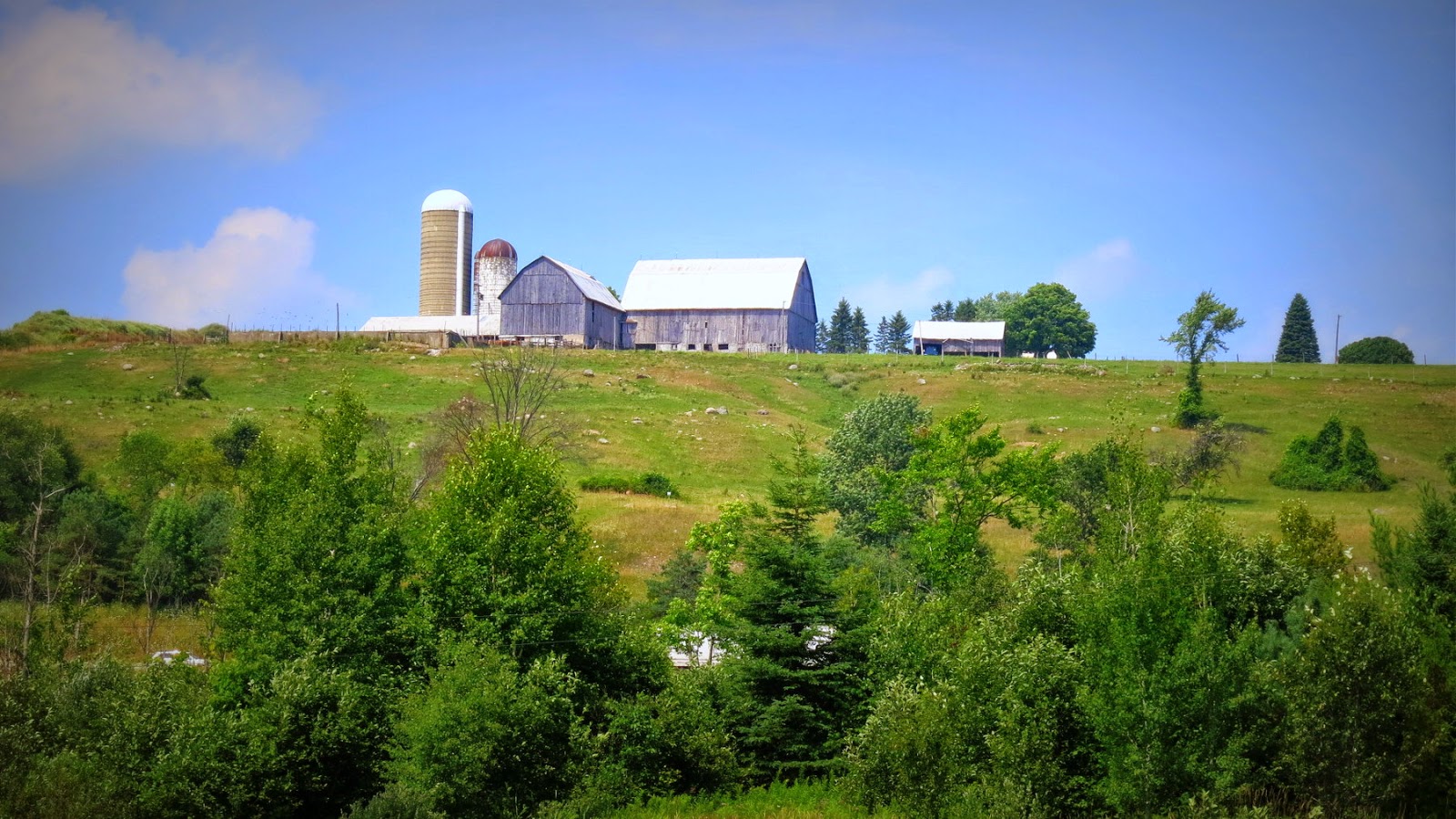 There are many more caches in those woods, so if you are going to make an attempt at Bending Tree, you may want to plan on making a day of it.  As it was, I only had time to grab a couple more caches on the way out, but logging an elder cache is a wonderful addition to a fun day of geocaching through central Ontario.
Posted by Dave DeBaeremaeker at 7:16 PM