Indiana Jones And The Cache Of Antiquity 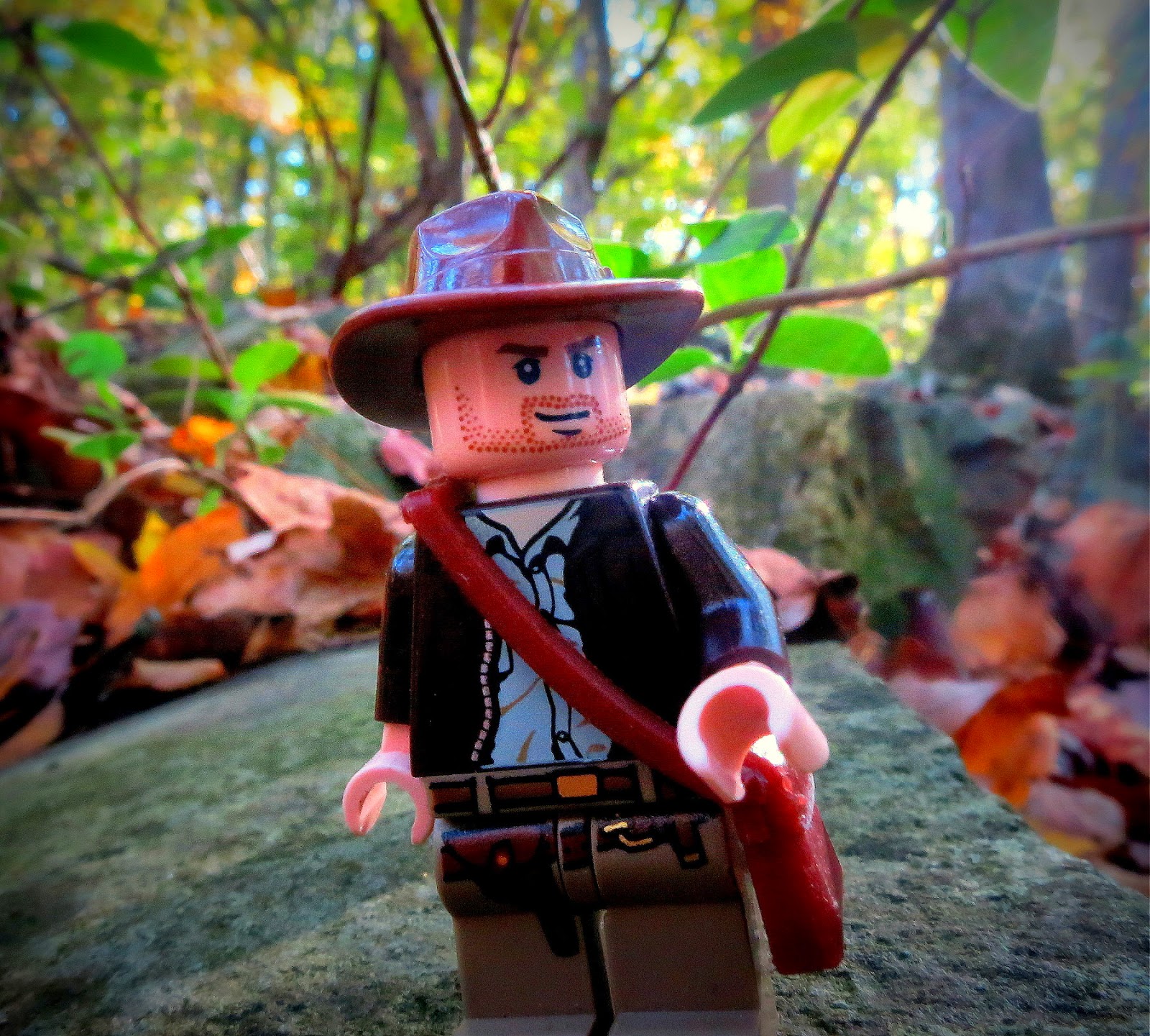 The age at which something is described as "ancient" means different thing to different people.

For example, an archeologist may define "ancient" as anything older than 1000 years.  For my kids, its grandma (sorry mom!).

For geocachers, a cache hidden in 2001 can safely be counted among the ancients.

This is why, when I attempted to find such a cache last weekend, I brought along the perfect combination of adventurer and archeologist:  Indiana Jones.

Indy start his adventure by hiking down a long dirt pathway.  It had rained the night before, so it was a muddy and wet journey.

Eventually he found himself facing an enormous rock wall. 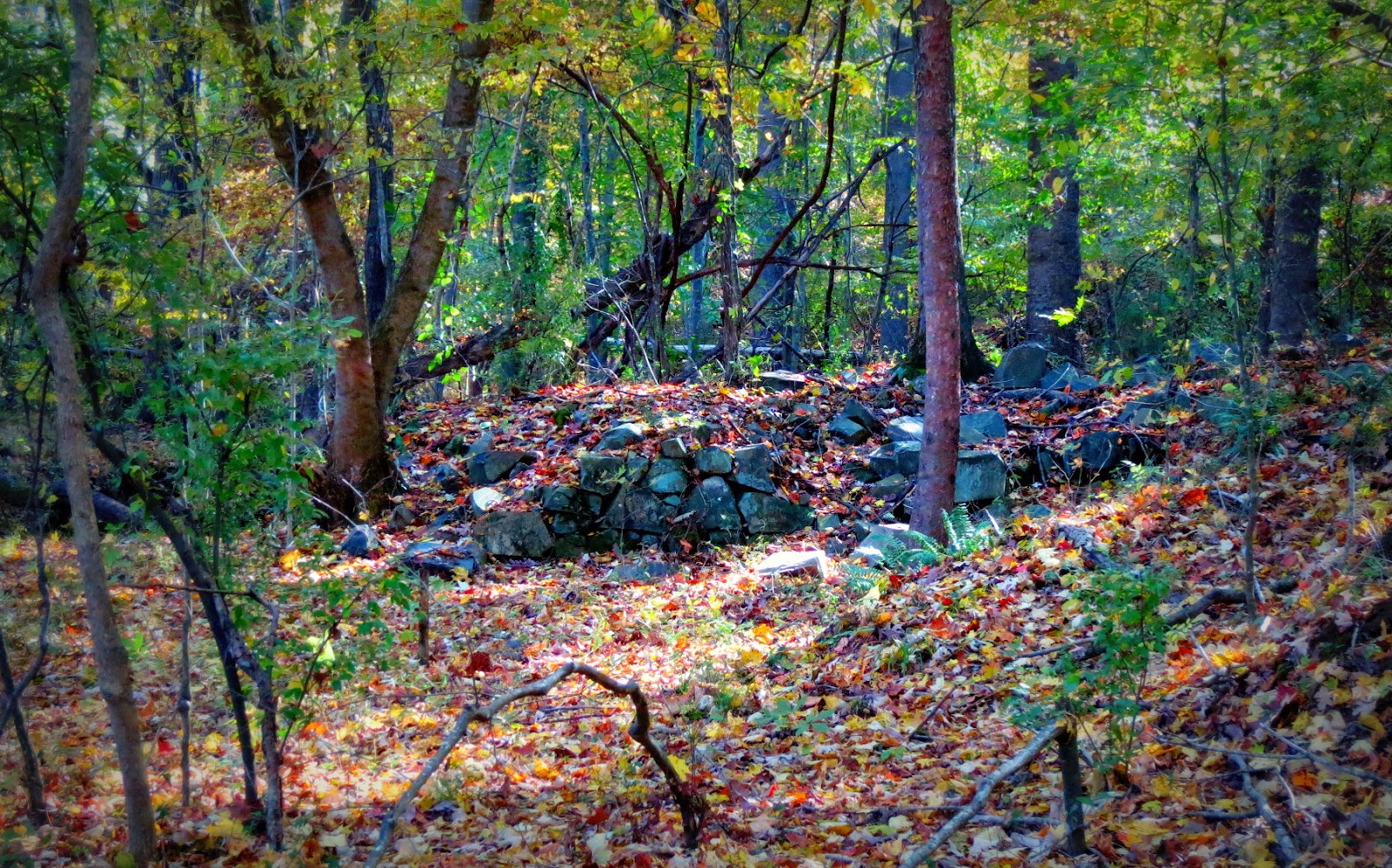 Despite this overwhelming obstacle, he started to climb. 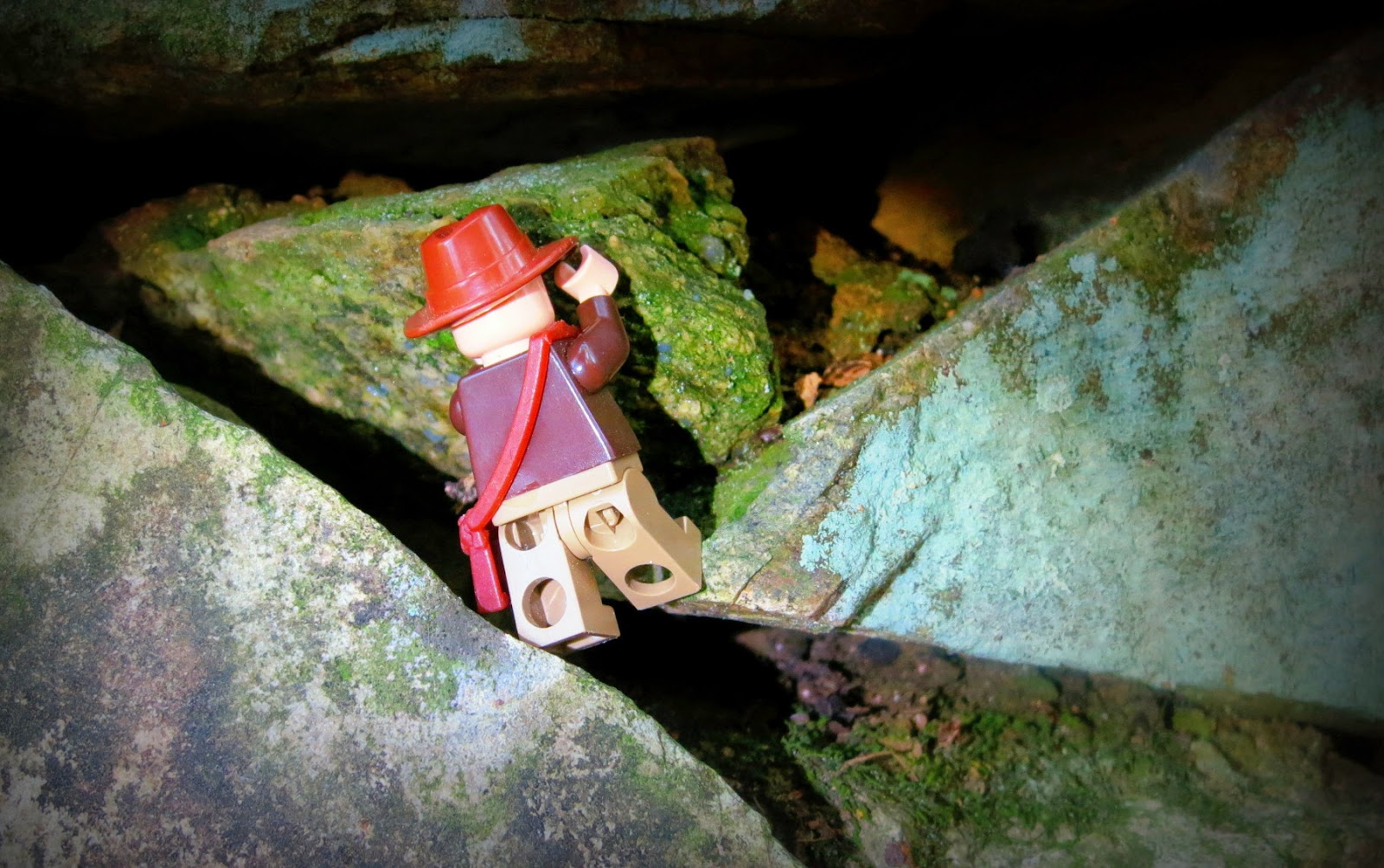 Half way up, almost 18 inches off the ground, he faced a sheer cliff face.  Unable to continue his climb straight up, he was forced to walk along a narrow rock ledge until he found a place where he could get a hand hold to continue the climb. 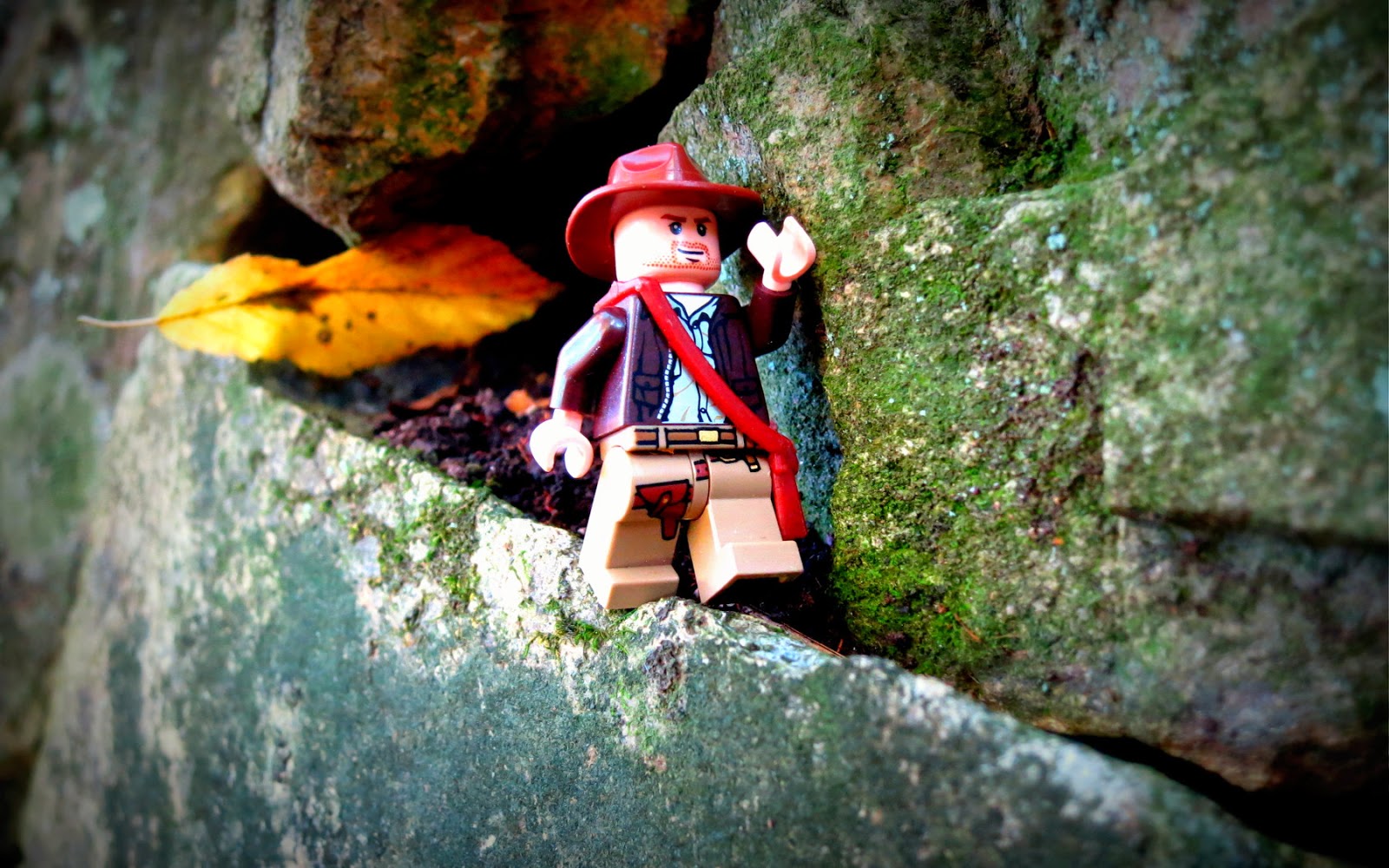 The climb was treacherous.  Towering almost 3ft above the land below, the peril was intense and one mistake would spell the doom of our plucky hero. 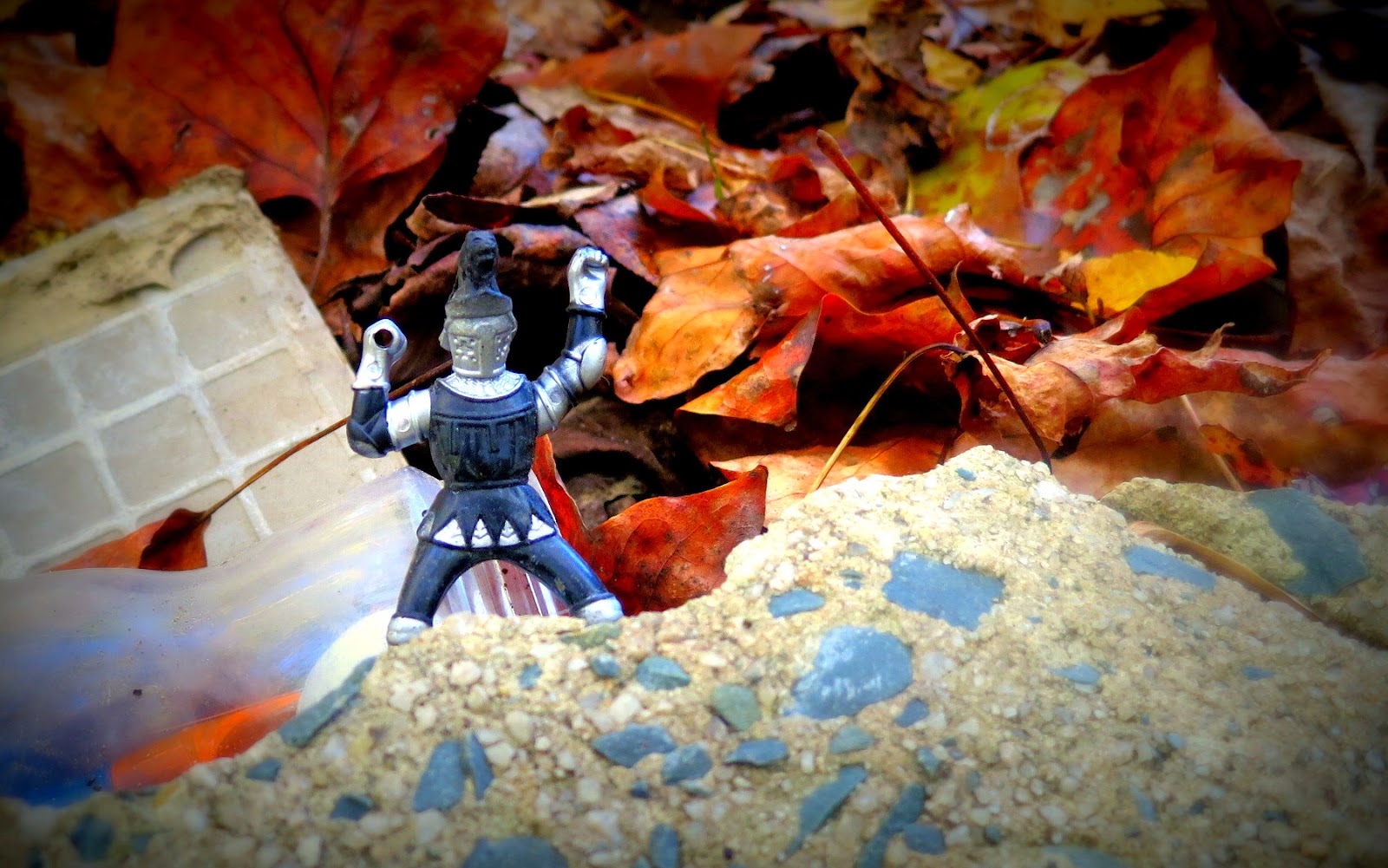 Following the Jones Family motto  "Why fight, when you can run away like a little girl", Indy raced off across the top of the cliff. 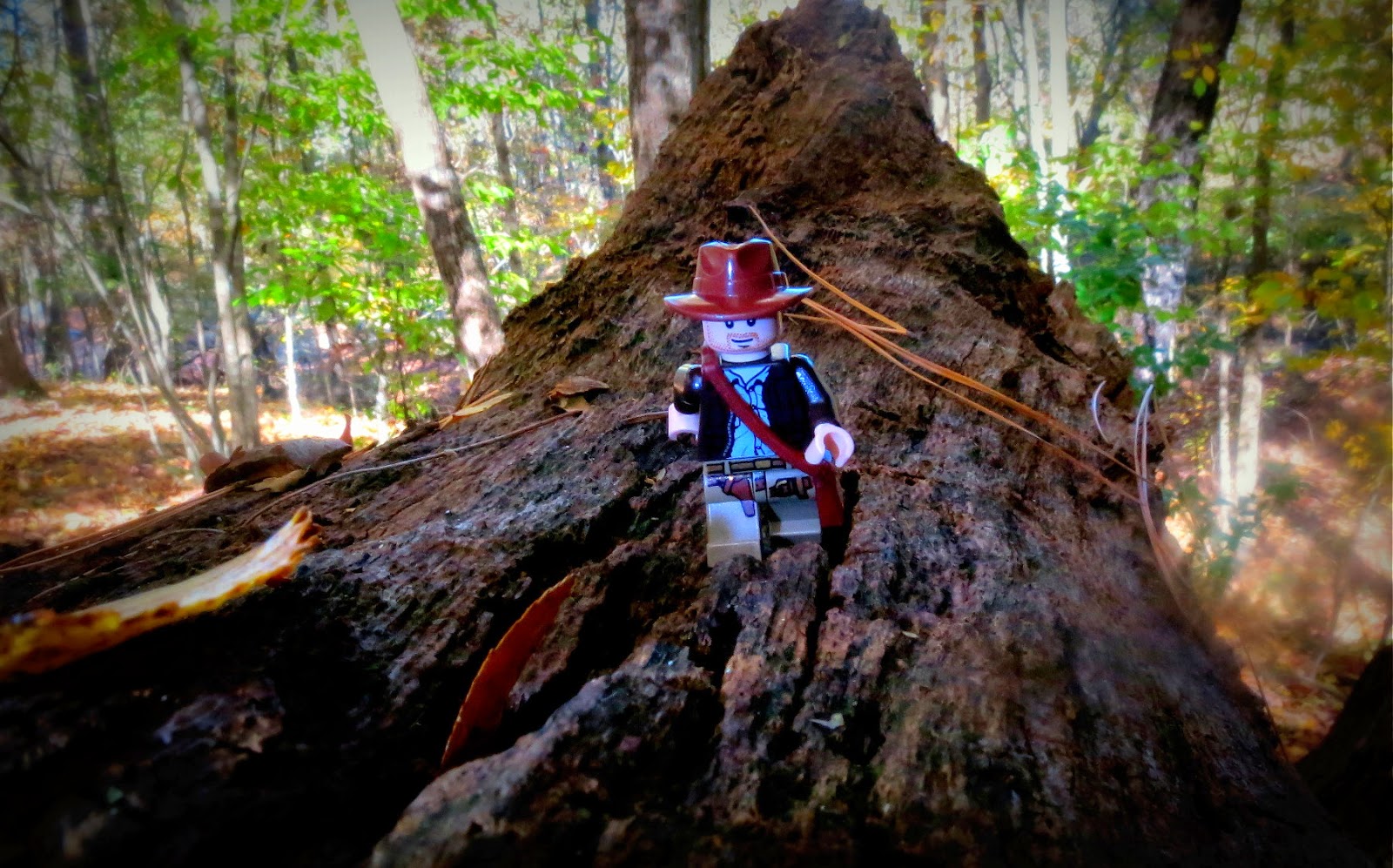 It turns out wearing a suit of armor slows you down considerably, so Indy soon outran the knight, and left him in his dust.  He settled down to a solid walking speed and hiked his way to ground zero. 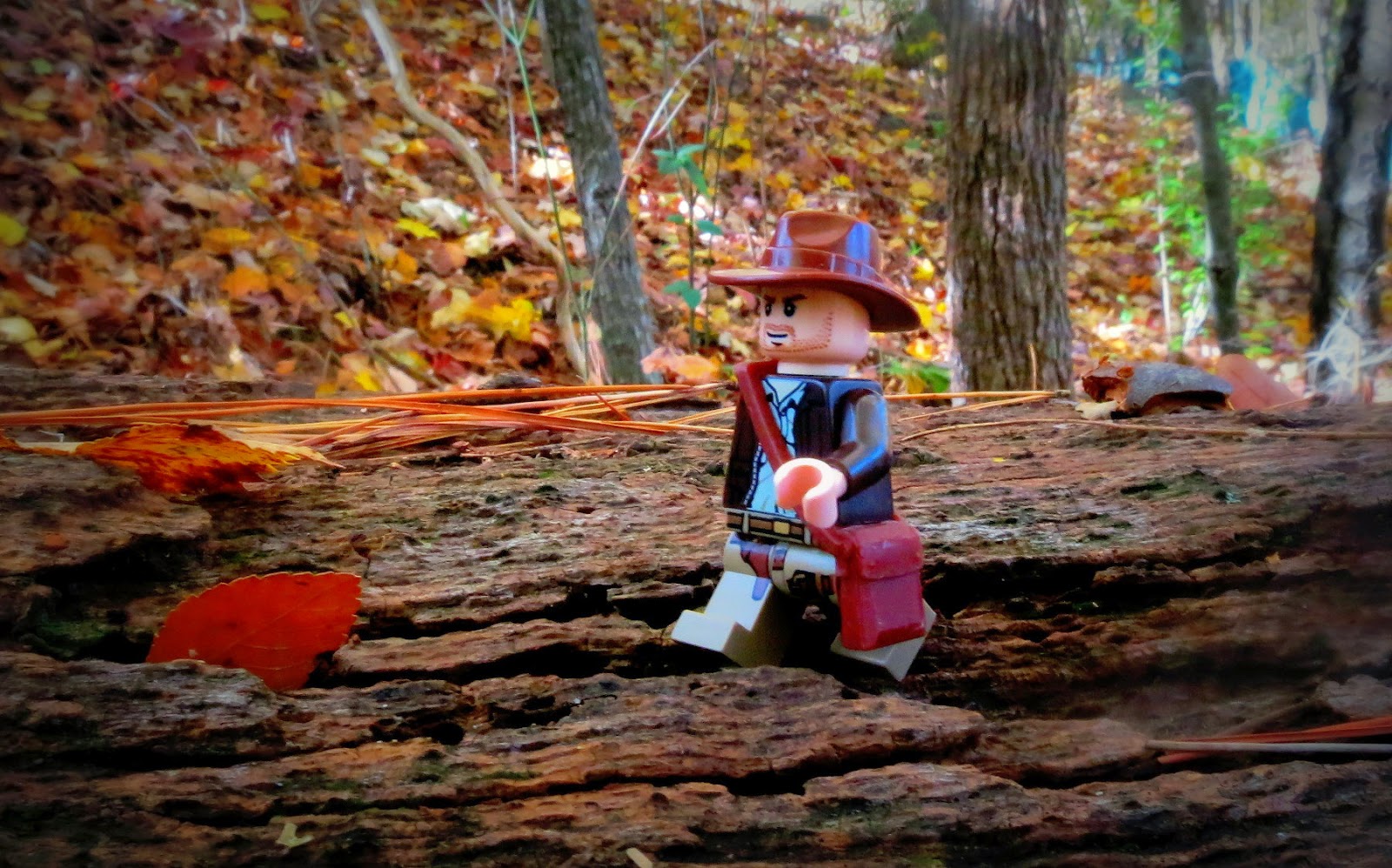 At ground zero he scaled a tree, and soon located the cache. 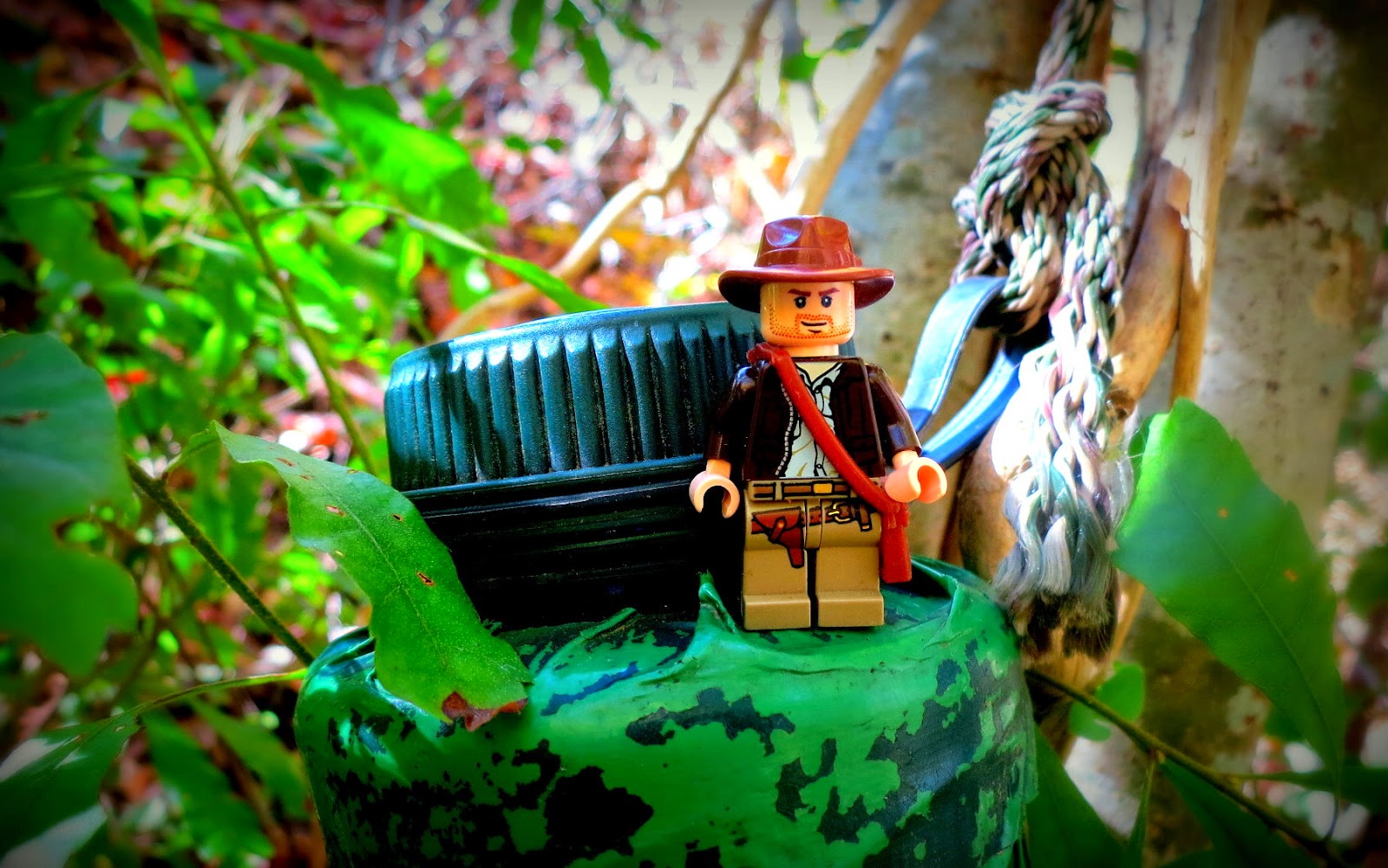 Having signed the log, Indy took a moment to savour his success.  Then he looked off into the sunset with the intense, stoic gaze of a hero, and then headed off down the trail... 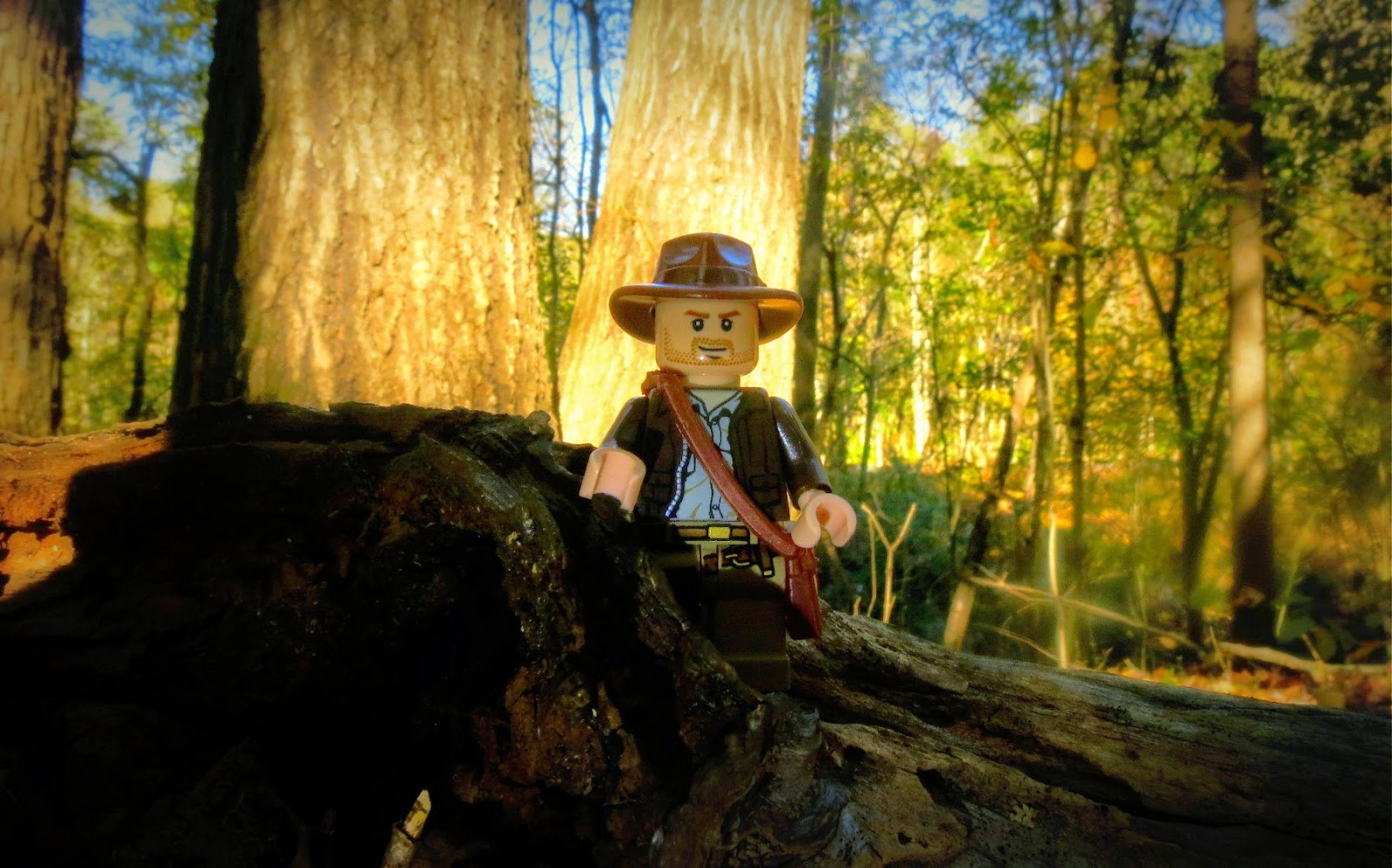 ... in search of his next adventure.
Posted by Dave DeBaeremaeker at 5:51 PM