Scenes From A Snow Commute 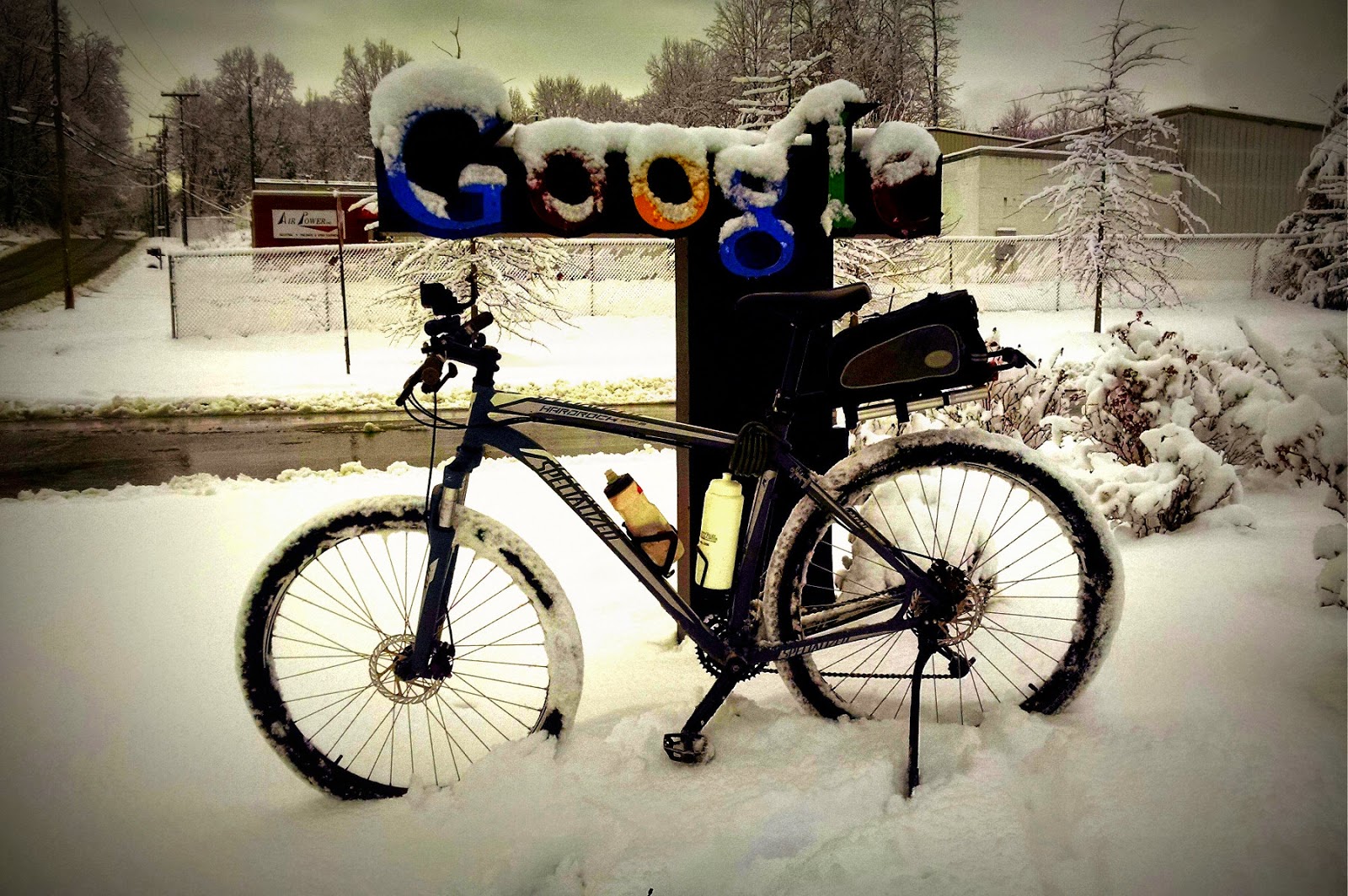 I love winter.  I can't get enough of it.  This is mostly due to the fact that here in North Carolina I only get 5% of the winter that I had gotten used to having when I was growing up in Canada.

Also because I get to mix it with my other passions that I have developed since I've moved to North Carolina. In this case, cycling.

Not to mention the world gets very pretty when its covered in a nice layer of fluffy white stuff.

Last night was one of the few snowfalls we have gotten this year, so I was anxious to get up this morning, hop on my bike, and ride to work.

I only brought along my cell phone (a Moto X) to capture some of the views.  It isn't my best camera, but it ended up performing better than expected.

So, in no particular order, are some scenes from my wintery commute to work.  We'll start with this old house that sits at an intersection in my neighbourhood. 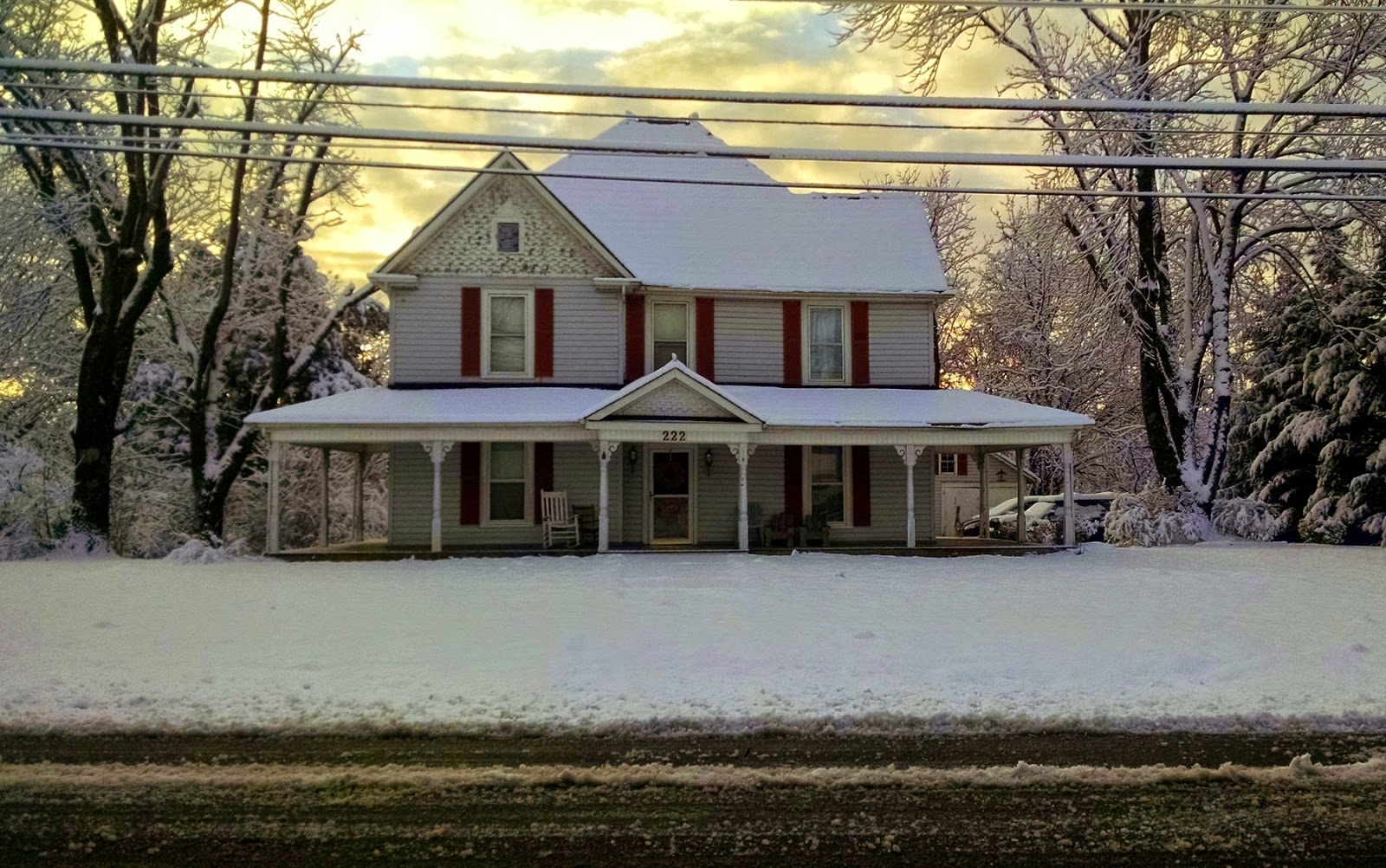 This is Lower Creek Baptist Church.  Normally I turn just before I get to this church, but I decided to drive by to see it all decked out in snow and frost. 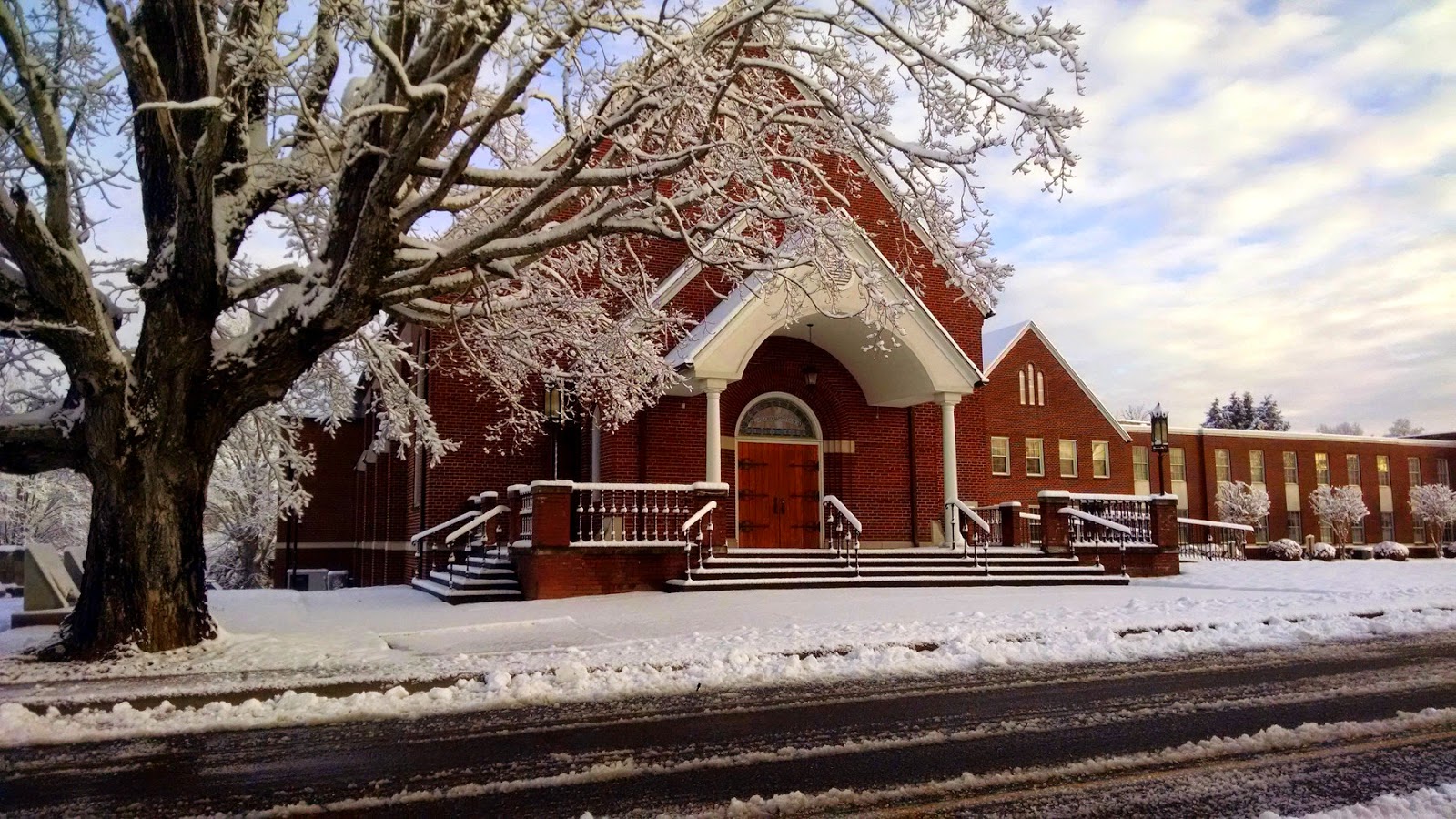 This shot is looking up the hill on Powell Street.  At the top of the hill is the back of Lower Creek Baptist Church.  At the bottom, where I took this shot from, is the entrance to the Greenway - the local bike path I use for part of my commute. 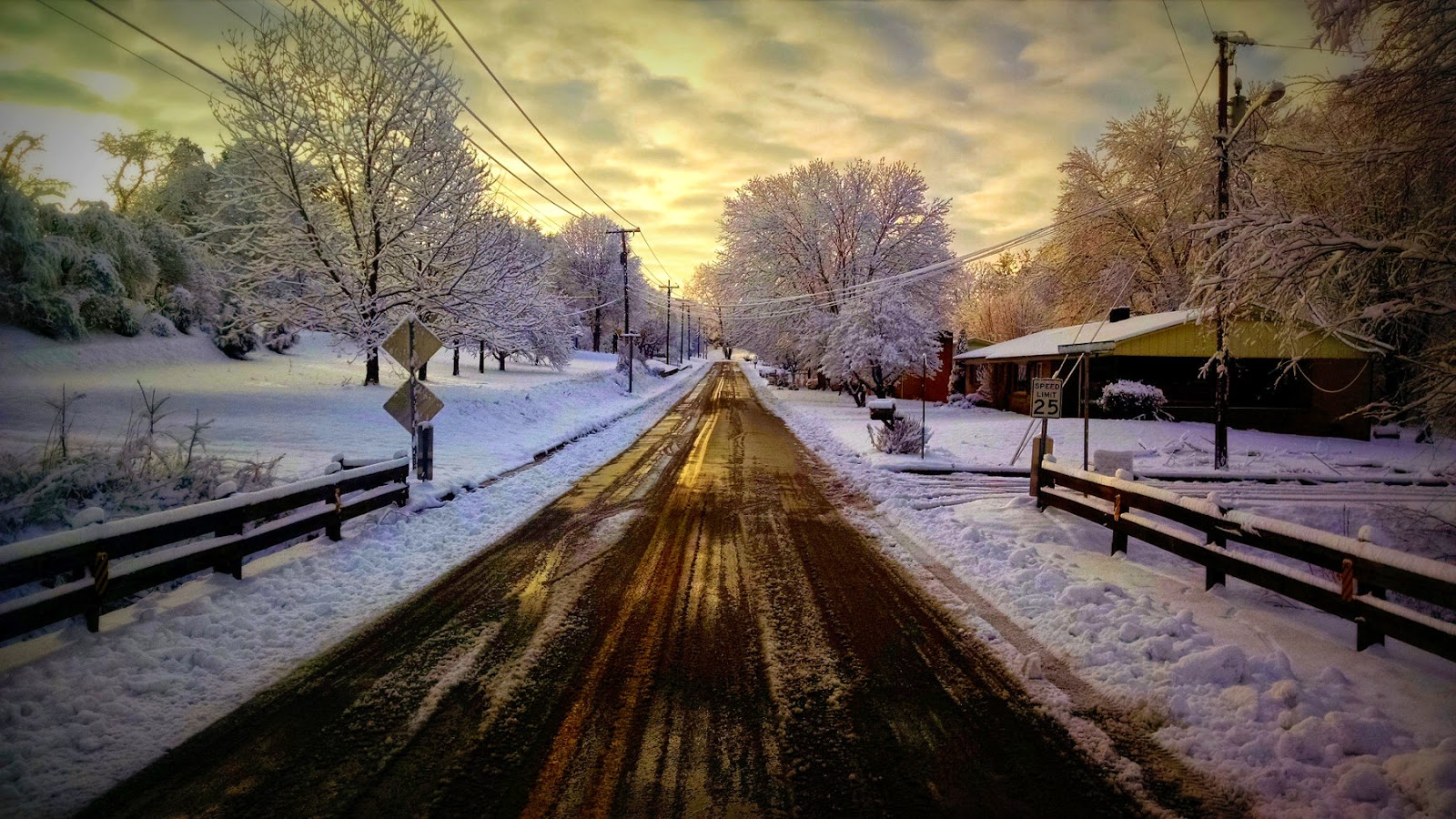 My bike, dubbed the Geobike Of Destiny, at a trail marker along the Greenway. 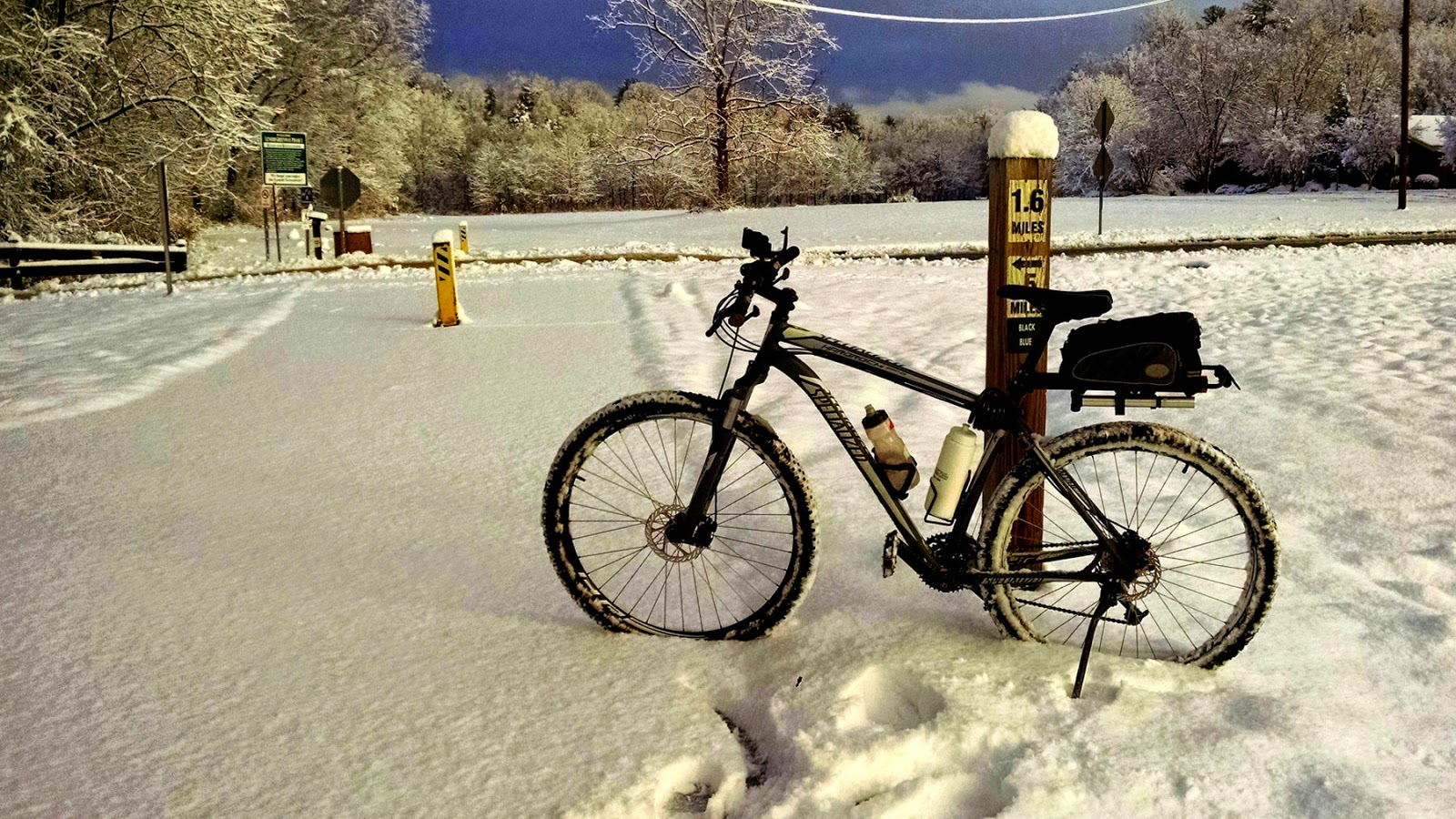 If you stood where the bike is in the above photos, and looked right, you'd see this next scene.  It is the trees beside United Presbyterian Church.  I love the look of the snow covered trees. 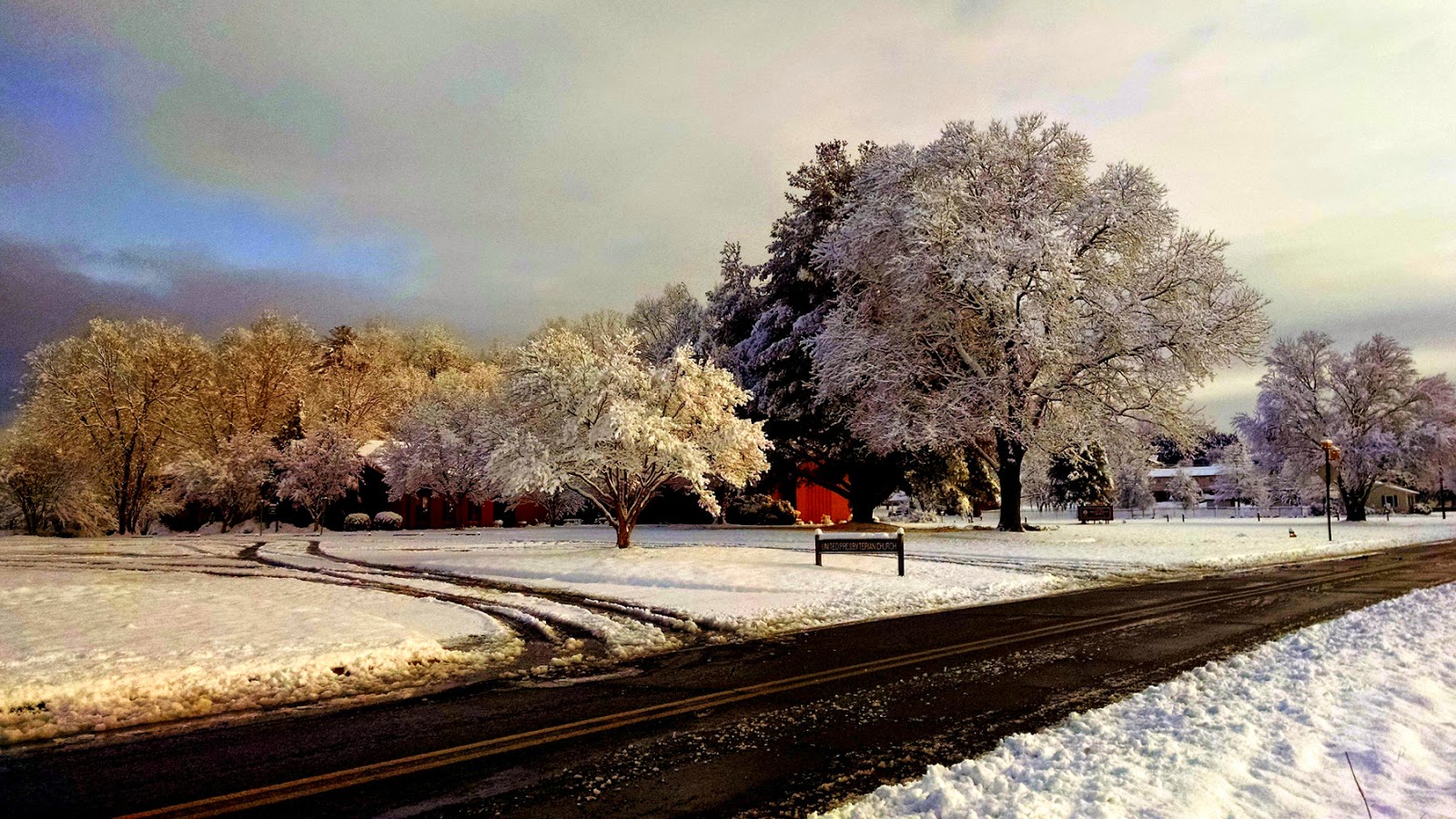 This is the corner of Harper Ave and Pennton Ave. (the truck is on Harper).  From the end of the Greenway, I take Pennton Ave most of the way to work. 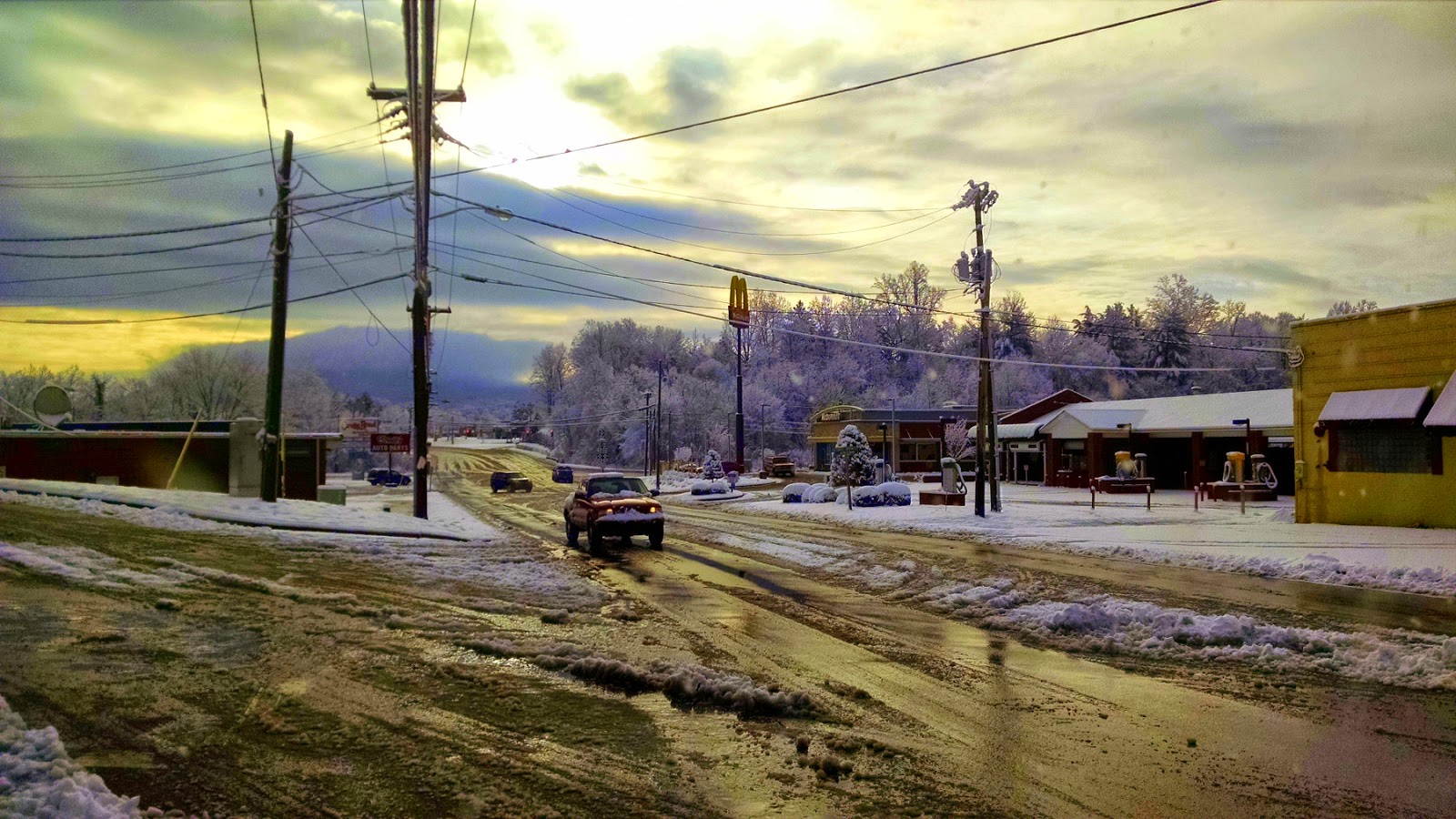 This is the town snow plow (as far as I know it is the only one, tho I could be wrong).  This shot was taken further down Pennton Ave. 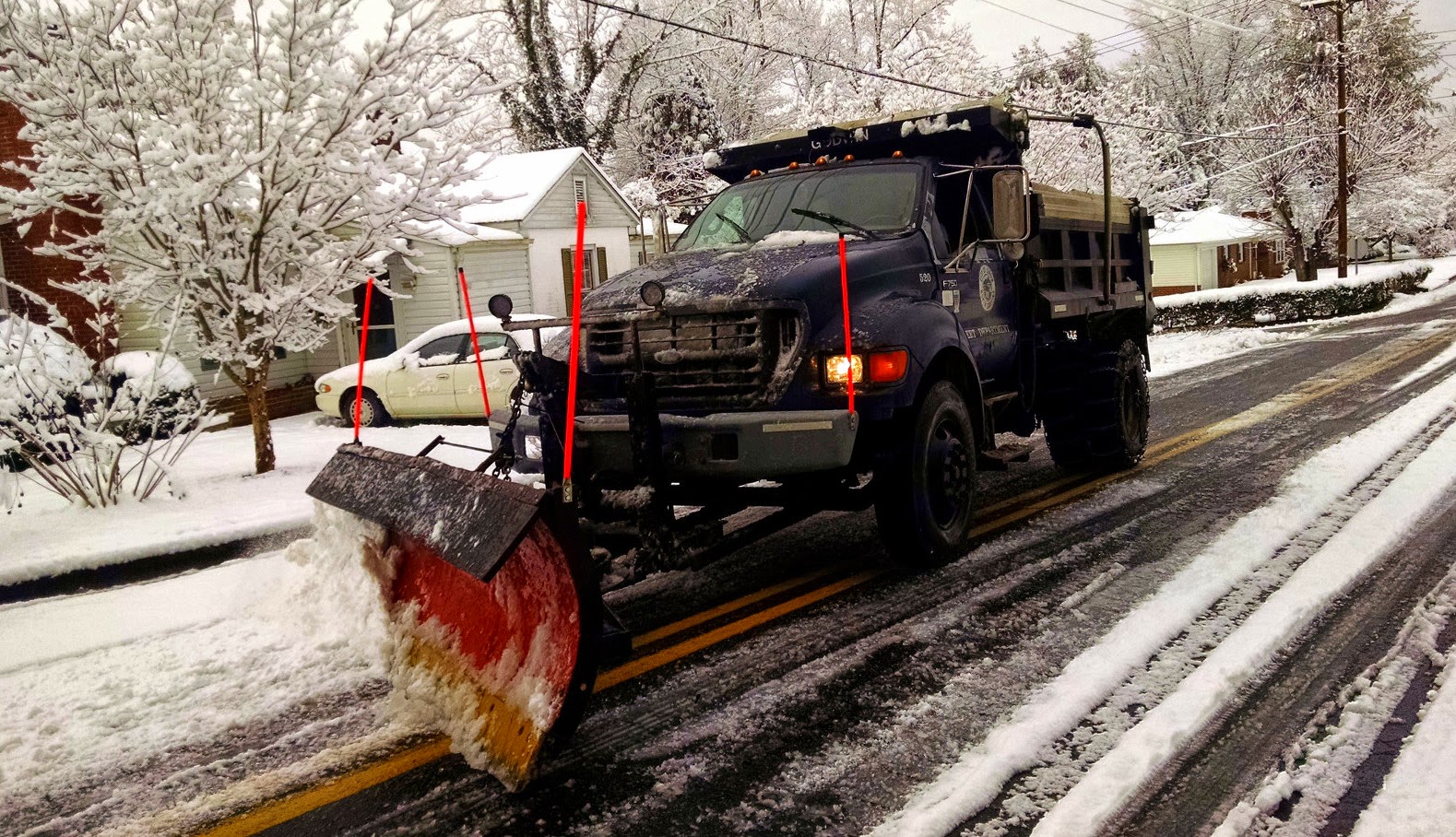 This is the entrance to the Greenway.  For reference, I was in the middle of this crosswalk when I took the photo of Powell Ave (scroll up a few photos).   My route takes me the opposite way, however. 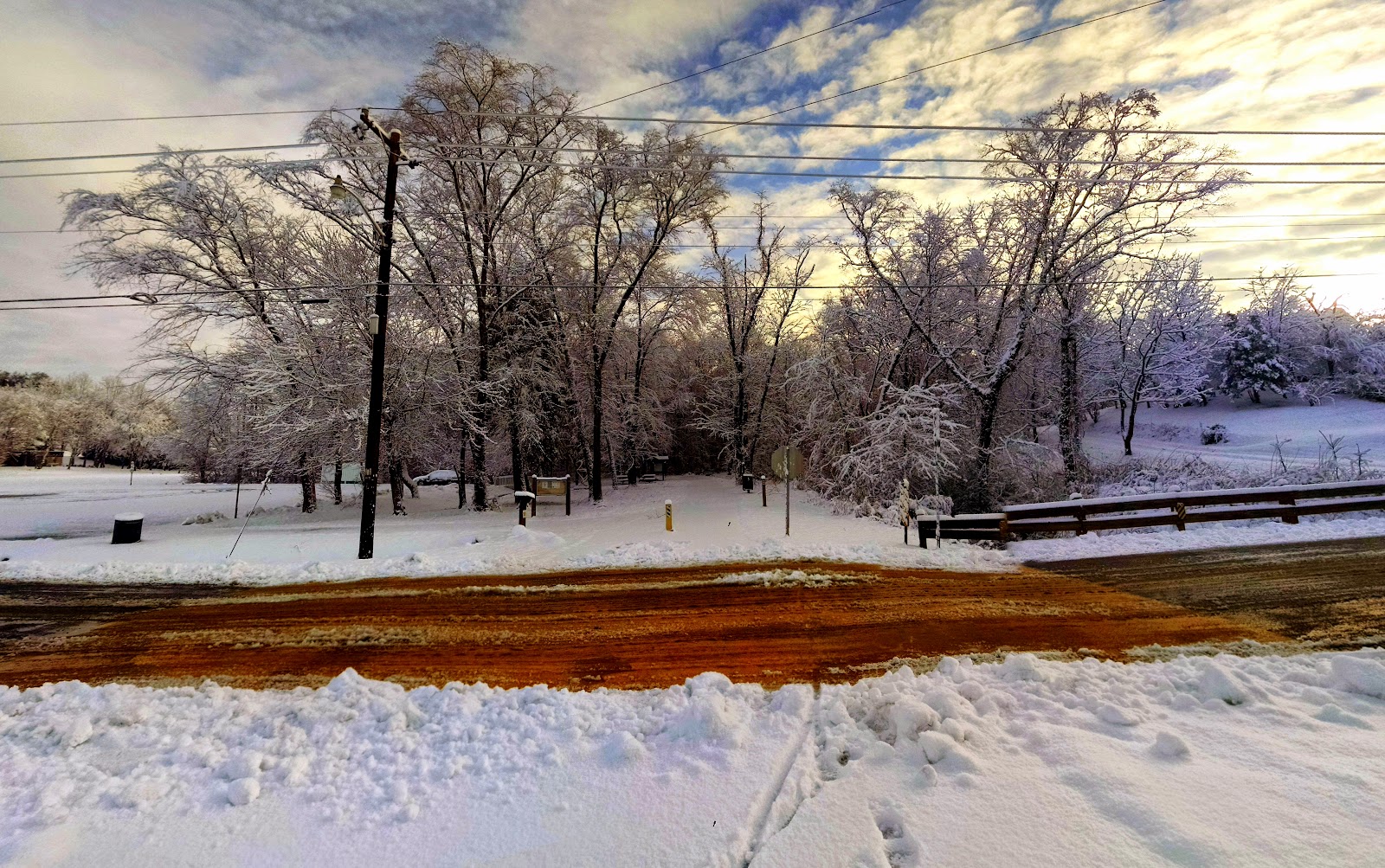 This last shot is taken from the Greenway, looking back from where I come from.  This part of the Greenway skirts around a corn field.   As you can see from my tire tracks I was the first person to use the Greenway this morning. 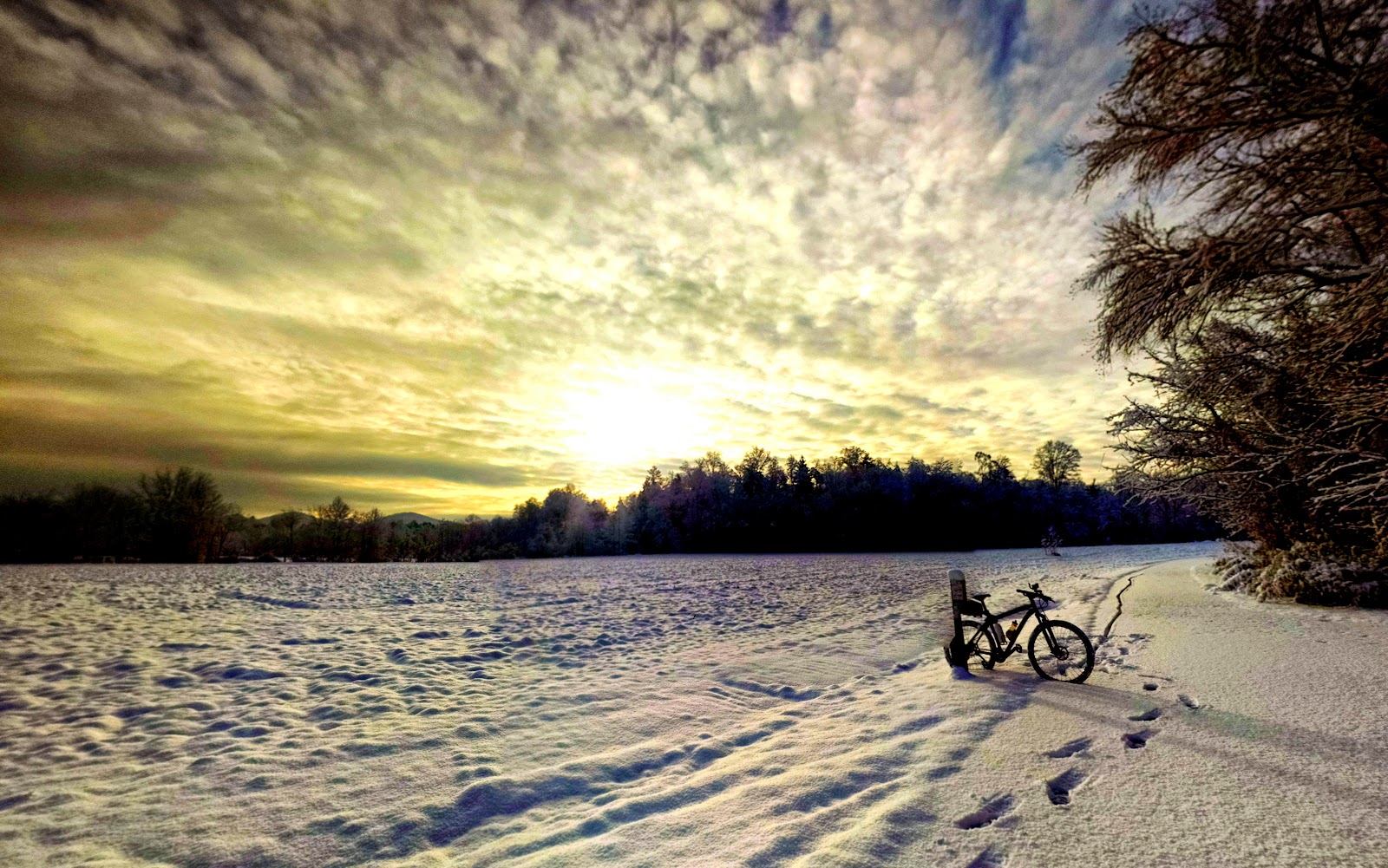 So that was my adventure for the morning. Because I left the house early I also arrived at work early (tho not as early as expected as I ended up stopping for a lot of photos).  It ended up being an awesome ride, and will satisfy me until the next snow fall, which may not be until next year.
Posted by Dave DeBaeremaeker at 8:19 PM