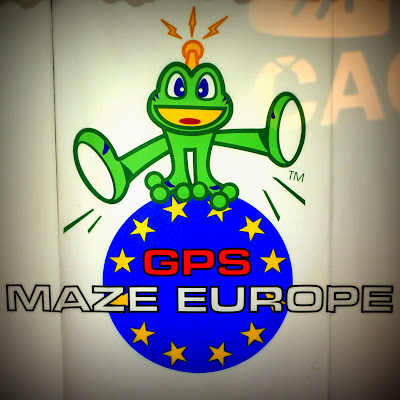 When I was in Mainz Germany for the Mainz Gutenberg 2015 Giga event, I also got to take in another unique geocaching experience: the GPS Maze Europe exhibit.

The GPS Maze Exhibit is just that: an exhibit about GPS technology, geocaching specifically, in a winding series of displays.

I have attended the Canadian version of this Maze in Toronto back in January 2012.  This Maze is an updated version of that one, but intended to tour Europe.

The Maze was a very popular activity during the weekend.  I never saw more than ~100 people waiting in line to get in.

The fact that the Maze has its own icon in the geocaching.com statistics page, and that it featured 10 lab caches around the maze, and the Maze being located in the same building as the Giga event, made it an absolutely 'must-do' for all 5000+ geocachers who attended the Giga.

As you can see, the line-up was out the door - and I arrived 30 minutes before it opened. 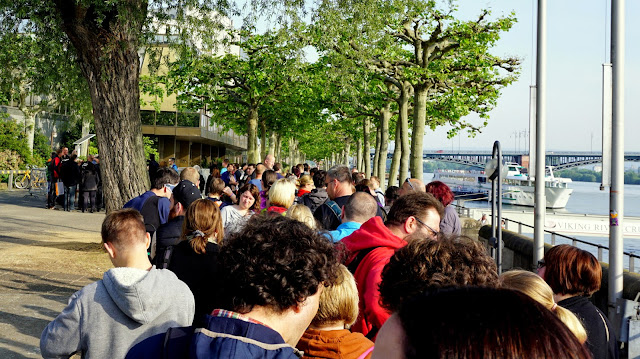 Most of the displays were in Germany (which, given it was in Germany, makes sense).  However I do not speak or read german, so I missed a lot of the content.  However there was enough in english that I managed to get more out of the experience than I expected. 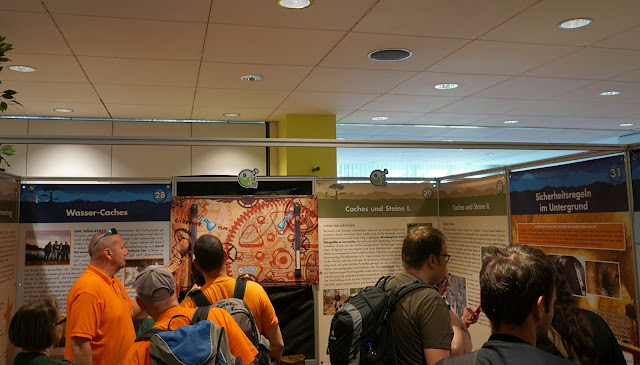 One of the cooler displays was a time-lapse map of all of the geocaches placed in Germany, starting with the first one in 2000, up to the present day count of 630,000+.  The display below shows the count in Berlin (left, red) and the entire country (right, blue). 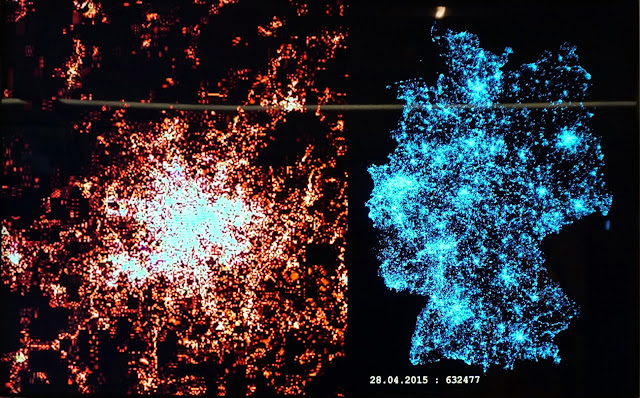 The Maze was really well done.  Lots of interactive displays, and a ton of information, made this maze a pretty cool thing to explore.  There was a lot more content than I remember from the Canadian/US versions.

If you are European, or visiting Europe, you may want to track down and check out the Maze.  It is well worth the time.
Posted by Dave DeBaeremaeker at 12:48 PM